This user has also played as:
current pfp: xenoplanes 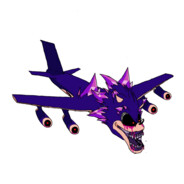 i have a youtube account now, go check it out if you want. It's currently only being used for schittposts but it may or may not change in the future
https://www.youtube.com/channel/UCUwnJeew2_Djxjj3lduXuVA

possibly useless fact
my username in russian is "-=+редактирует профессор+=-" "-=+профессор редактор+=-" (thanks to MerekiDor for correcting that!)

Inventory
Screenshots  169
Workshop Items  35
Reviews  16
Guides  9
Artwork  32
Hey there!
ok so uh there's a new scamming account stealing thing going on and i was told to copy and paste a bunch of text to spread awareness so uh i'm just gonna paste this now

If a person from your friends list tells you he accidentally reported you to steam immediately block him.
That person's account got hijacked and is being used to spread the scam. Tell everyone who also has them as friend that they got hijacked.
Make them block the hijacked account, stop the scam from spreading. Raise awareness.

The scammer will tell you to add a steam mod to your friends list to safe your account. The steam mod is fake.
Valve would never do this and steam mods have a badge.

i also think there's like some variations of this like i think my friend told me about one that just tells you to friend them right away. Basically don't friend request any random strangers unless you are sure that
they have good intentions.

Also because of this i will not accept random friend requests unless i have a good reason to accept them.

anyway
Hello! i'm professoredits, you may know me, you may not know me, who cares?

If you can't already tell by my years of service badge, i have been here since 2013 and i'm proud to have been around for that long despite the cringe I posted when I was the devolved gremlin I was in an earlier state of my existence.

I like memes, h.
I'm also a bit tech savvy, not really, i only really know how to access the files for steam games.
because of a game [en.wikipedia.org] i used to have (i still have it but it's in a really lowly state) i like to create stuff which i guess is why my name is profeoredit

And that's pretty much it, i guess.

look at my stuff i guess if you want

Ridiculously hard mindustry attack mode map, for some reason. Also a sequel is in the works which makes use of modded content.

One of my most proud creations, basically just a bunch of random stuff for you to play around with.

One of my most popular creations to date, it's making me quite some steam point moolah.

another tabs guide of mine, this one takes inspiration from a guide made to shine glory on the fan bearer, this is guide is rather new (as of now) so it hasn't gotten much attention yet.


how to get a community award

A guide on how to achieve one of the most fabled possessions that anyone can ever possess, a steam award.


How to break reality with a tank

A people playground guide. It's really not that hard to guess.

My very own tabs faction! This is still being added to with new and unique units added every once in a while, including some possible secrets.

Kinda forgot to feature this one here, but as the name entails, these are secret bosses that can be found in garry's mod. The currently known bosses are:


that's it for this custom info box, if anything notable happens i'll make sure to keep you informed. peace out and i hope you have a nice day.

tip of the day: obscure reference

MerekiDor Feb 20 @ 1:51pm
your name in Russian would be "профессор редактор", correct your description king