This user has also played as:
Donald Maher Soda Drinker Pro
16.2 Hours played
"I wish this beach was made out of soda." - Probably a quote from this game.

SDP is the kind of silly game I would make had I the time and focus. You walk around various locations and drink soda in Microsoft Paint creations while a disembodied voice spouts so-stupid-it's-hilarious statements about their love of soda. The levels range from "Drink soda on a beach" to "Drink soda inside a human mouth." You finish each level by drinking your soda (LT brings the straw up to your mouth, RT drinks). There are bonus sodas scattered around, but I think they're just there for an achievable, though I love the "B-b-b-b-bonus soda!" soundbite.

The environments are a combination of LSD trip and a 5 yr olds' daily output in MS Paint. I'm not saying the developer fed his daughter acid or anything, but it should maybe be investigated. I'm just saying. The downfall to exploring the amazing level design is the slow movement speed. You would think a guy jacked up on sugar would move faster than a snail, but he moves about as fast as the static backgrounds. Before the feminists jump all over me for assuming the main character's gender, I'd like to mention that gender isn't specified (though you can maybe view the male disembodied voice as coming from the main character) and since the game is in first-person I have injected myself into the lead role and I am a male. There, crisis averted. So, the non-denominational fluidly gendered main character saunters around slurping up the carbonation, but they can also just fall through the textures (it's a feature) and explore the world outside the world. These areas are mostly just black fill buckets, but it's nice to get outside.

Oh, I almost forgot: There's a game hidden within the game that is the actual game where you play as a rain drop (I think?) and go through what can only be described as "Wario Ware: Nightmare Fuel Edition Pre-Order Edition Powered by MS Paint". You're thrown from situation to situation and most of the time you figure out what you need to do right as you die. When you die you turn into a rain drop ghost and go to a big room filled with.. uh... books or something. In this room, you can jump into the fire and try another set of mini-mini games and if you manage to be successful (Only the Lord knows how it works) one of the books now has a picture.

Once all of the pictures are revealed a giant face appears and the final boss battle begins. You must play a game of "Guess Who?" to win. The winner gets to drink soda. Only some of what I have just said it true. 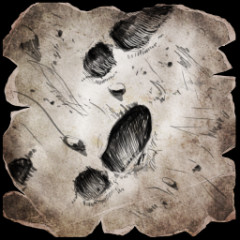 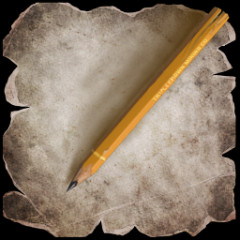