The Talos Principle is a first-person puzzle game in the tradition of philosophical science fiction. Made by Croteam and written by Tom Jubert (FTL, The Swapper) and Jonas Kyratzes (The Sea Will Claim Everything).
$39.99
Visit the Store Page
Most popular community and official content for the past week.  (?)
The Hand of Merlin is available in Early Access
May 13 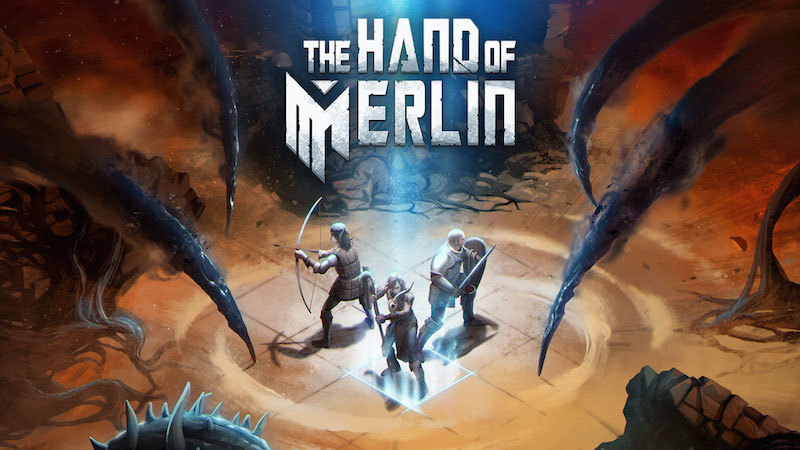 Hi everyone!
Most of you have already heard of our newest co-production effort, Hand of Merlin. Well, the time has come to release the beast, so to speak.

Made by some of the standout Croteam veterans who worked on The Talos Principle, and written by Jonas and Verena Kyratzes, Hand of Merlin blends Arthurian legend with sci-fi horror. The game is a tactical masterpiece if I do say so myself, but don't trust my word on it, check it out for yourself as it's available in Early Access now.

Make sure to provide any feedback directly to Room-C Games. They are a passionate and super talented bunch, eager to hear what everyone has to say.
Find them on the official Hand of Merlin Discord server: https://discord.gg/Re435Pr

The Talos Principle
78
5
how do platforms work
Hello, I unlocked platforms but I have no idea how to use them. I figured out I can stand on a ghost platform but how do I use them without a ghost?
2 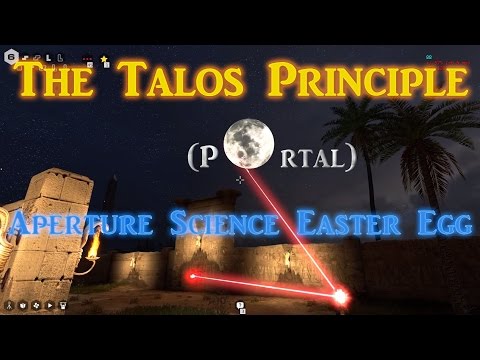 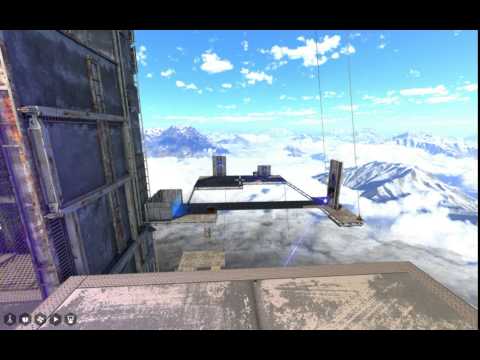 Three Endings Guide (text only)
So you've completed all the puzzles in Worlds A, B, and C... now what? This guide will provide the remaining steps needed to unlock all three endings. This includes solutions to all of the tower puzzles and all the star level gray sigil pieces.
174 ratings 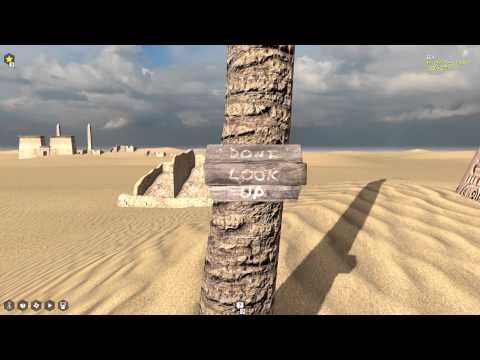 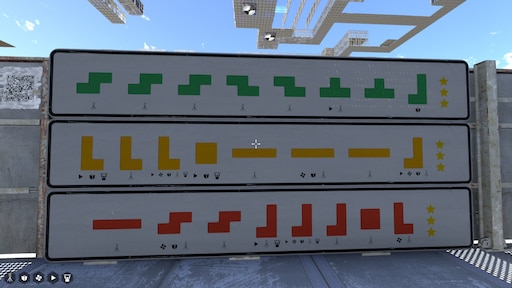 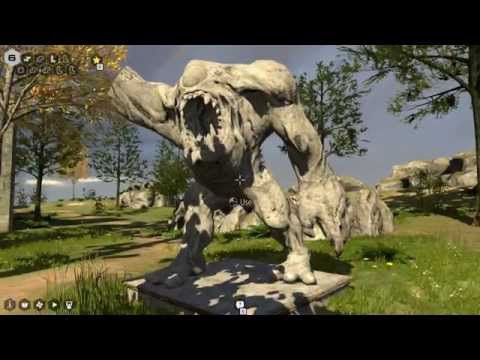 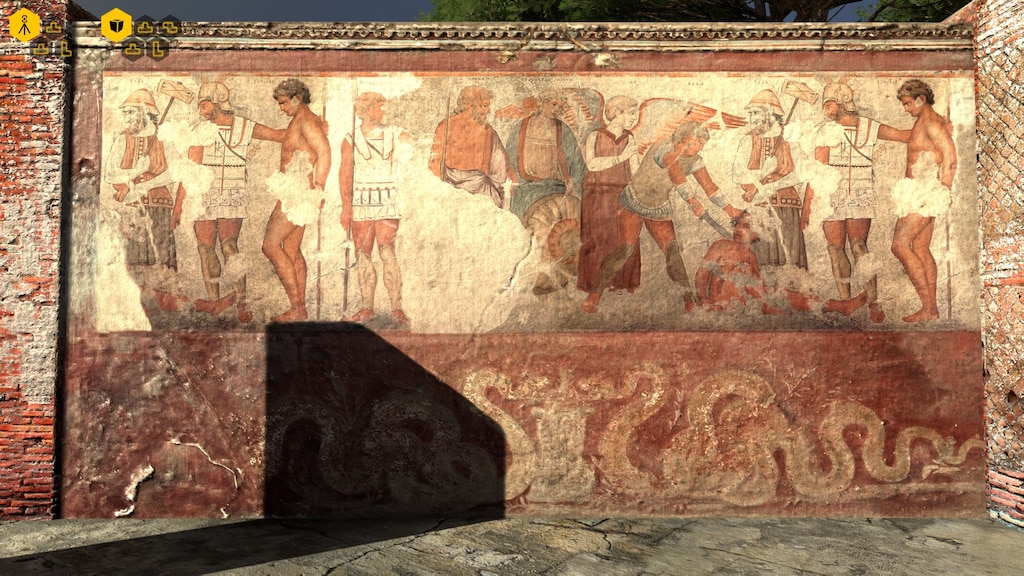 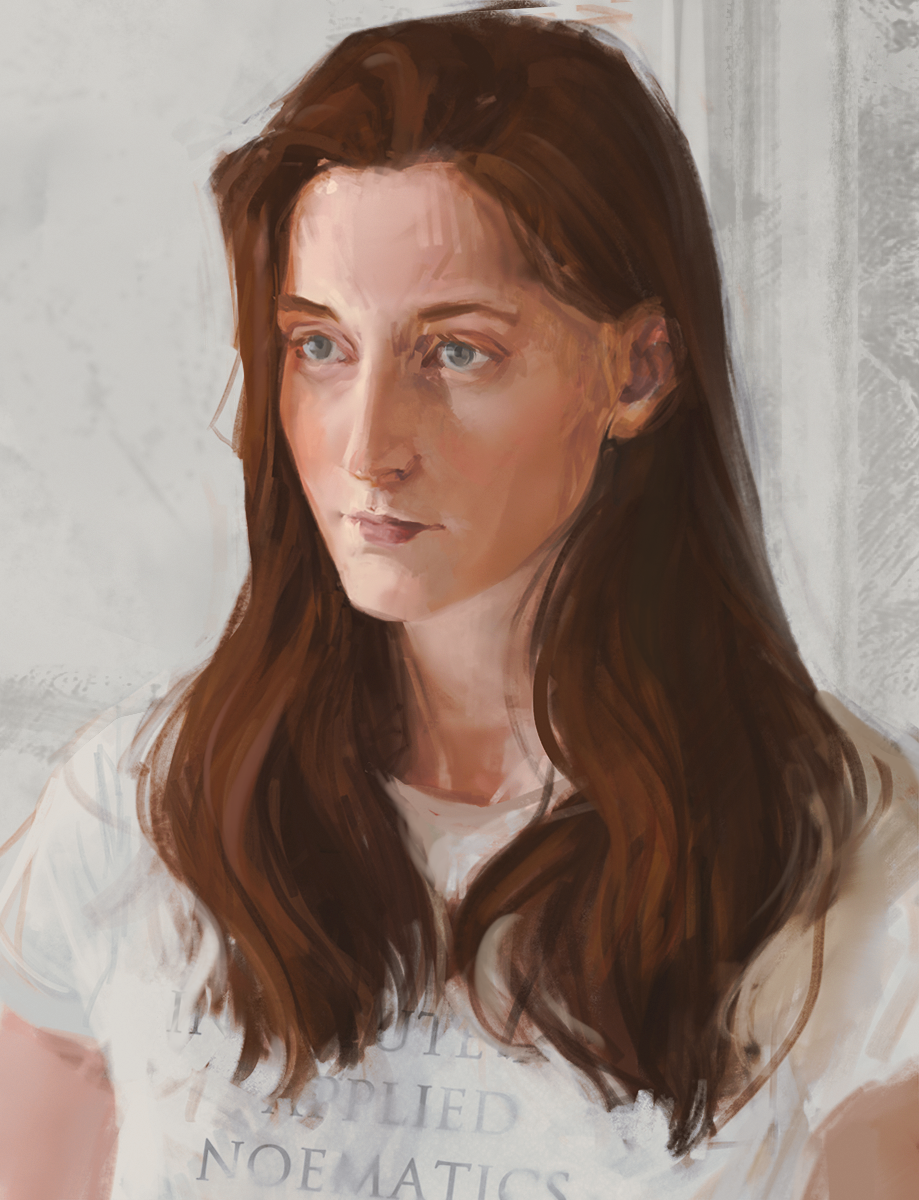 0
7
Road To Gehenna in a nutshell

[DLC]Road To Gehenna HD video solutions of all main puzzles
Complete video walkthrough of all 17 Road To Gehenna puzzles in all four main worlds.
50 ratings

Road to GEHENNA The Talos Principle DLC step by step full game (each task a separate movie)
Video Guide No Commentary Subtitles PL. Road to Gehenna through all the tasks - complete. Job count from the right side of the portal. Road to Gehenna - Playlist YouTube - Link . ...
55 ratings 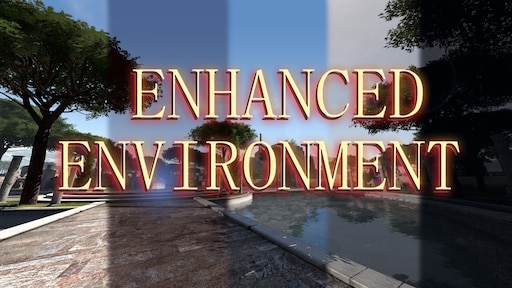 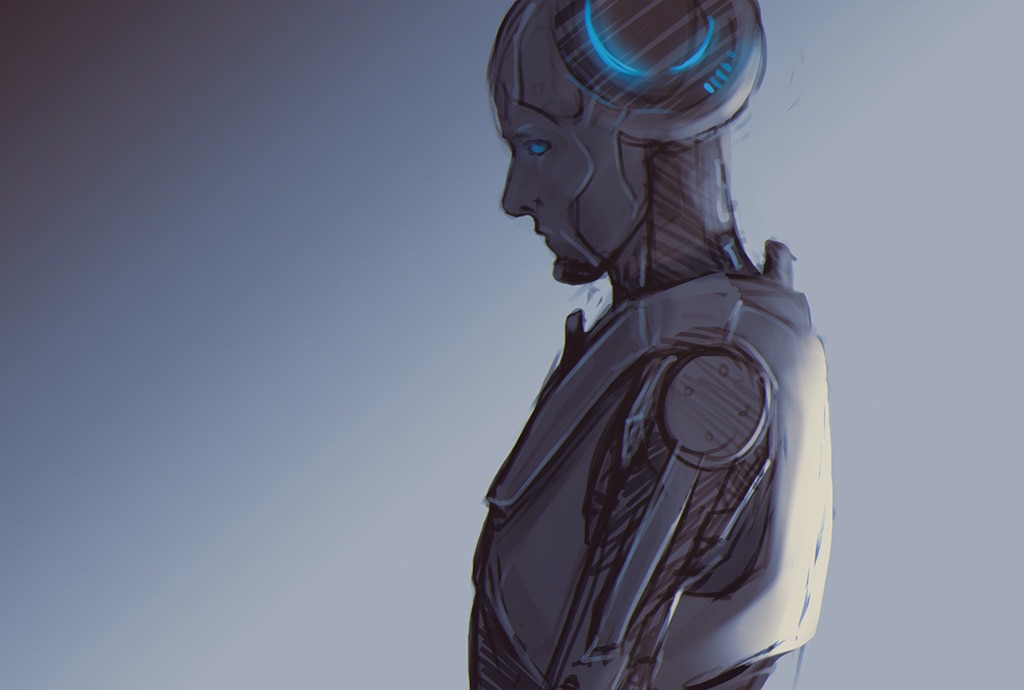 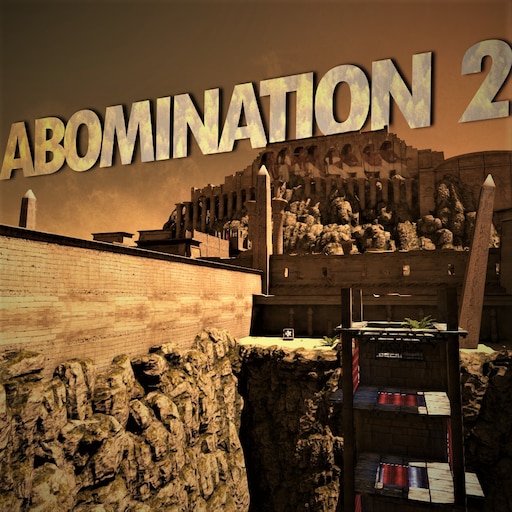 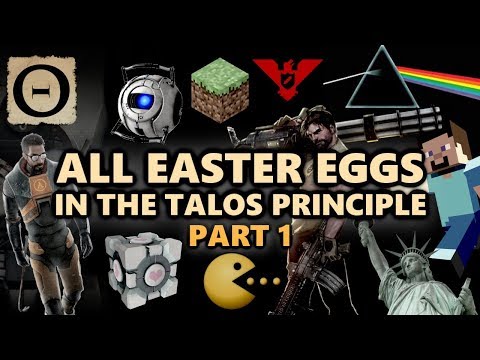 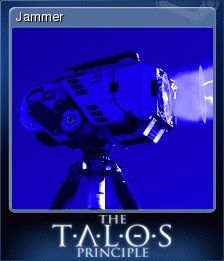 Recommended
30.7 hrs on record
This is an absolutely brilliant puzzle game. I can't believe I had this lying in my "games-to-play" list for so long since buying it on sale. It's amazing to think that it's come from Croteam. I've always had a soft spot for Serious Sam but the Talos Principle is a lot better than any of them. Would love to see Croteam get away from Serious Sam on the back of this.

The developer's DNA is in the game though. It's an FPS and you fly around the levels at breakneck speeds. The environments are familiar too - Roman(ish), Egyptian, etc. They definitely reuse assets from their shooters, which is the butt of a few in-jokes throughout the game.

You complete each puzzle to get different tetrominos, which are then used in a different mini-puzzle. These come in three colours: Green (progression to the next level), Amber (extends you skill set for the puzzles, also required for progression) and Red / Grey (required to get to the different endings). The puzzles for the Green and Amber are pretty straight forward while Red / Grey can be challenging. All of them can be solved logically though and I never felt the need to go to a walk through. The easier puzzles take 1-2 minutes to complete, none took more than 15 minutes to figure out.

Then there's the story hidden throughout the game. It's no so obvious at first and it requires lots of reading as you piece together what's happening. It's well worth it though and the ending tied it together really well.

The closest comparison to the Talos Principle that I can think of is Portal 2. The puzzles here are very different but the two games share a lot in common? Portal 2 is probably better but this is a close call, which is high recommendation in itself and it's longer.

PROS
- Straight forward graphics but I had great performance (Ryzen 2600X, 5700XT)
- Nice soundtrack that suits the game very well.
- Involving story, if you're willing to invest in it (there is a lot of reading required)
- Logical puzzles; I never felt that the game was trying to cheat or trick me at any point. They are well designed too; tutorials aren't required because everything is intuitive.
- Hidden areas give plenty for completionists to enjoy. There are absolutely loads of Easter Eggs too. I only found about ten but after completing it I checked a few sites and there are dozens!
- Good game play length. Kept me going for about 30 hours, which was just right.

CONS
- The locations of the Stars really aren't obvious. This is a shame because the Star puzzles are some of the best that the game has and requires lateral thinking rather than logical. Sometimes it feels like you're breaking the level design to get them, but of course these flaws in the levels are absolutely by design. The problem is that it isn't clear where the stars are and I simply don't have time to spend hours trying to find them. The game should really provide better hints as to where they are in the first place so that you can start figuring out how to get to them. (I completed the game without help and then used a walkthrough for some of the stars). The puzzle for the Roman Numerals Star was ridiculously obtuse and I reckon 99% of people will need to look up the solution for that one. 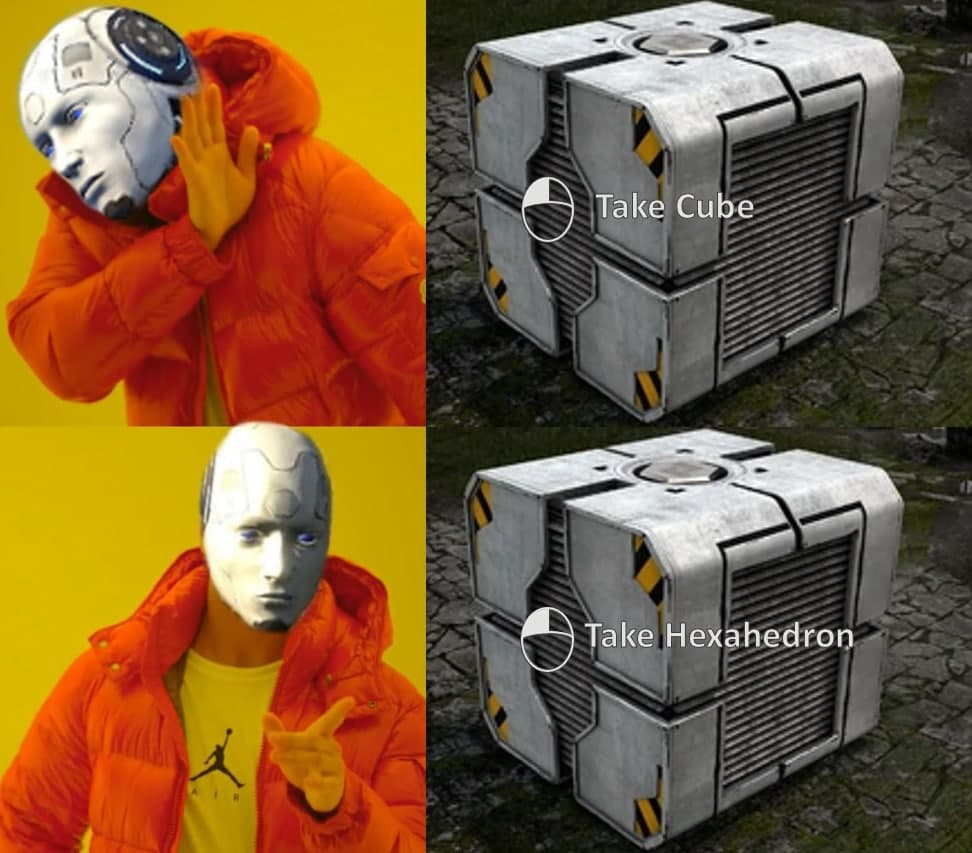 1
1
Having the right priorities 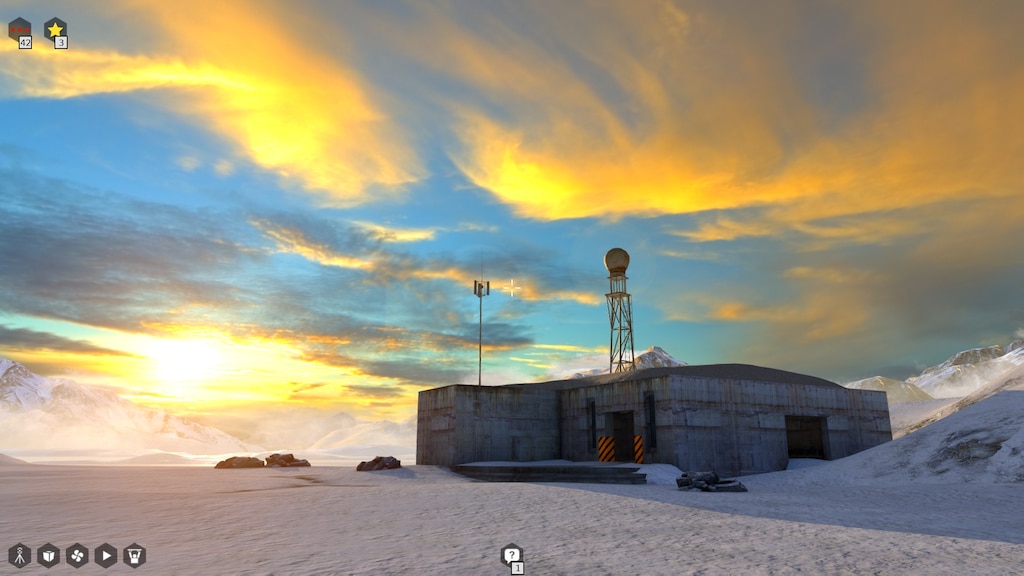 Recommended
22.8 hrs on record
This game is full of great 3D puzzles and an interesting narrative. You're led on by a voice who calls himself God and are given readings that range from bread crumbs to how the world ended, ancient greek mythos, and philosophical conversation about artificial intelligence and what it means to be a person. A good game for if you like thinking and reading. 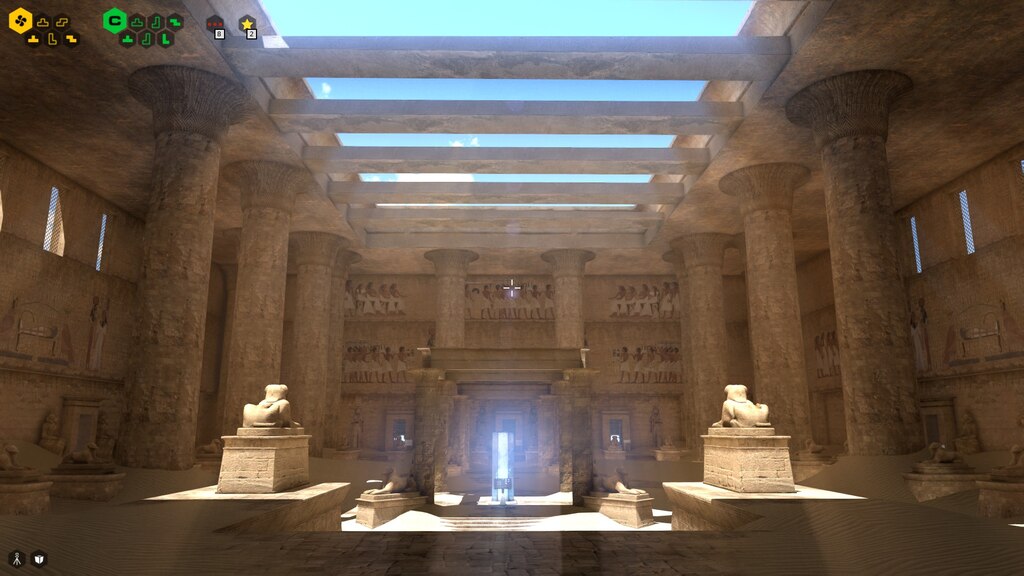 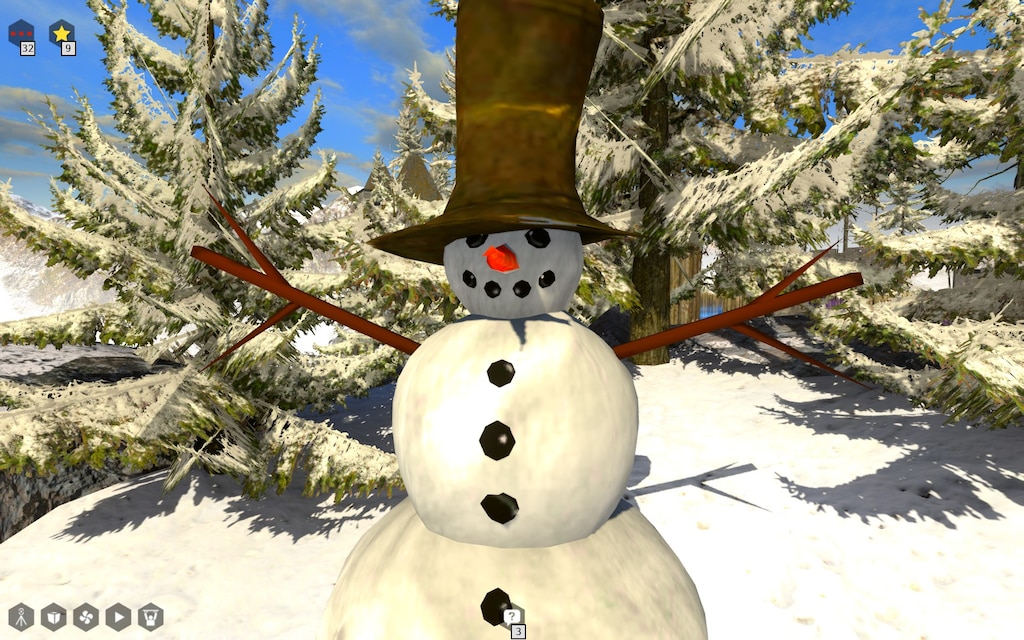 PeReDoZ_ZLoSTI
View screenshots
General "Ask A Question About The Editor" Thread
This is a thread where you should ask and hopefully find your answers regarding the editor of The Talos Principle. Seeing that: A) The editor is a very complex game creation tool; B) This game got a completely different userbase compared to Serious Sam;...
1,648

Solais
Feb 21 @ 5:46pm
Workshop Discussions
comparable games
So The Talos Principle, Portal, The Turing Test - what are your recommendations for additions to this list?
7

c.fox
May 13 @ 4:28pm
General Discussions
Other women or girls playing The Talos Principle?
Full disclosure: I'm a woman. :) This is the first game that's ever made me want to post things to the discussion group. I just love it, and I find it fascinating and mind-boggling that a game like this came out of a company that normally makes ultra-violent first-person shooters. I don't know about other women, but that kind of thing completely turns me off. In this game, you can't be violent even when you might want to. For example, with the red mines. After being blown up several times, I came to hate...
25

Creativian
May 15 @ 2:35pm
General Discussions
This game related to Elder Scrolls?
Talos is from Elder Scrolls
3