This user has also played as:
Shane Stevens Gaming God
2,329 XP
I do not accept blind invites, so if I don't know who you are, your friend invite will very likely be rejected. If you already know me from another community or in person, I would suggest contacting me to let me know what your Steam username is before sending me the invite so I will know to accept it. If you were friendly in a Steam community Discussion or during gameplay, I may send you a friend invite myself or accept yours if I recognize your name.

Furthermore there appears to be somebody trying to link me to a scam called SkinWinner. I have nothing to do with this site, don't add me if your purpose is you lost inventory to this scam. It became apparent this was the case after somebody contacted me during a Double Dragon Neon stream on Twitch assuming I was support for it; I am not & have the discussion documented in this video [www.twitch.tv] (after the boss battle). If you run into a Steam profile that states this account has some relevance to this scam, please report their profiles to Steam using the Report Violation option on their profile.

Normally I broadcast to my channel on Twitch [www.twitch.tv], streaming on Steam has ended due to this function being disabled when I made my game library private.

Regarding games on the Steam store :
Due to a number of issues in the past (or based on currently running PC specs), there are a number of reasons why I will IMMEDIATELY add a game to my block list when I see it:
- An OS requirement over Windows 7; clearly I'm not going to put money into something I can't run.
- Any game that has any affiliation with Bandai/Namco in response to their attacks on my YouTube channel [www.wondergamer.net].
- Any game from Black Shell Games; this comes in response to their dancing around providing keys for SanctuaryRPG for IndieGala bundle buyers & defacing my review on GOG [www.wondergamer.net] after I went public about it.
- Any game developed by Bungie, this comes in response to their lack of response to inquiries about keyboard/mouse support in the original Destiny & allowing those against this request to abuse those that were requesting it over their forums; this also means the entire Destiny series will also be getting blocked.
- Any game published by Activision; this comes in response to the boycott against Blizzard as a result of re-victimization back in 2010 [www.wondergamer.net] & the fact that any purchase of an Activision products would still have money going to Blizzard through their parent company [en.wikipedia.org].
- Any game by DigitalDNA, which comes as a result of their attacks on reviewers of their games.
- Any game funded by Patreon or has Patreon login/contributor unlockables; this was decided after the creator victimization of 7/21/2021 [wondergamer.net] & affects nearly every single adult game on Steam, including some games that are not adult.
View more info
Currently Offline
Badges  260 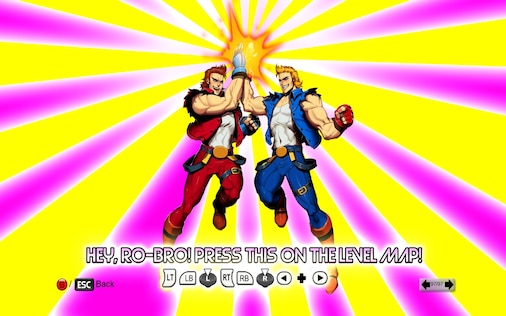 Uploading some of my favorite art from the Concept Art gallery.

5,222
Items Owned
1,047
Trades Made
5
Market Transactions
NOTICE: Due to Steam flagging my site & slandering it as a malicious website, I am ceasing all incoming trades outside of my friend list. It is unlikely this will ever be opened up again...

NOTICE: Due to the Steam websites (both the store & community sites) continually logging me out when I close my browser, trades to & from non-friends are on hold (both figuratively & literally) until the site is able to keep me logged in between browser sessions. The reason for this decision is because in order to use trading sites (such as SteamTradeMatcher), I have to be able to use their links (which makes use of trade tokens), where I don't have the option to transfer those links to the Steam client, therefore the 1 week wait time on trades keeps resetting every time I have to log back into my account on their site (despite already using the authenticator)... This is putting a hard stop on most new badge crafting as this affects not only users outside of my friend list, but also trade bots, where I've had most of my luck in getting trades done during the seasonal events (those that give bonuses when crafting badges).

Community Card Trades:
Card trades will only be acceptable if I have dupes. If an offer is sent my way for a card I own that I don't have a duplicate of, the offer well be rejected or a counter-offer may be sent for a card that I might have a dupe of within the same game. Normally I only attempt to make trade offers to people that will be beneficial to both parties; this means both parties in any trade offer I send will only be taken from a pool of dupes & normally only from the same game (although sometimes there may cross-trades if I can't even out the dupes available between games).

Steam Game & Coupon Giveaway:
Games & coupons are being given away, but only directly if you are on my friend list. If you are not on my friend list, you can request one in my giveaway on the GLINX Giveaway Links Group discussions located at http://steamcommunity.com/groups/giveawaylinks/discussions/18/496880203076033106 . Please note however that if you are on my block list, you will be ineligible for any of my giveaway items (including Coupons). If there is a pending trade offer to you when you request an item from the giveaway, you will need to complete that first before your request will be responded to.

SteamTradeMatcher information:
Considering trades often times get drug out to the point of expiring & SteamTradeMatcher has a report function to hide people for various reasons, I will be reporting anybody on that site that is allowing trade offers to expire, as well as blocking them over Steam to help remind me who not to send trade offers to in the future. Getting blocked for any reason also means you won't be eligible for any of the giveaways I am doing.

In the case of rejected trade offers, if there isn't a good reason for rejecting it, I'll also be using the report function & blocking them over Steam in cases when there's no real purpose behind the rejection. Acceptable reasons for rejecting a trade would be:
- If they've already gotten the badge for a game in that trade
- A trade went through previously that removed any duplicates they may have had in the trade offer or gained them the card that was offered to them.
Whether a user gets blocked/reported or not will be depending on what their inventory is & what badges they have after the trade has been rejected; if I can't see their inventory/badges after the trade rejection, it will result in an immediate block/report.

After a trade offer has extended into the second day after it's been sent (day 0 is the day the trade offer is sent, estimate the second day after that using -7 Mountain Time for the time zone), I will start looking for other people to throw the same card offered in that trade to others who may have more interest, where an acceptance from one individual will cancel out all pending trades that were using that same card (up to 7 at a time if a new offer is sent every 2 days and nobody is accepting). As the saying goes, "You snooze, you lose."

Trades with friends are given a little more slack on timeframes, however allowing a trade to expire can result in being placed on a "No Trade" list or just flat-out removed and/or blocked if I haven't spoken to them in a long time.
System Specs:
WIP - Last updated 6/10/2020
Links to Logitech products removed 6/23/2018
Links to Sony products removed 1/17/2021

NOTES:
- I no longer recommend purchasing from Logitech due to their inability (and apparent unwillingness) to fix the broken Performance Monitor [drive.google.com] on older G-Series gaming keyboards. If you are having this problem, I suggest installing v8.85.215 [drivers.softpedia.com] of the Logitech Gaming Software, it's the last version where this function actually works properly... Full details of this situation can be found here [www.wondergamer.net].
- I also no longer support Sony products after their PS3 & public profile cutoffs over the PSN network.

"This topic is awaiting analysis by our automated content check system. It will be temporarily hidden until we verify that it does not contain harmful content (e.g. links to websites that attempt to steal information)."

Until this is cleared, can't do anything with the thread other than with the backups located at https://drive.google.com/drive/u/0/folders/1X_aDPkNgkY1WfQHYMUeRQUtp-5y5Yc66

WonderGamer Feb 18, 2020 @ 4:32pm
Lots of problems attempting to purchase Age of Wonders: Planetfall Platinum Edition today, was getting ready to purchase it over GOG instead (same sale) because I couldn't get the order to go through on Steam. I had all the payment information filled in on GOG ready to push it through, took one final try on Steam & it went through before I decided to put through the order on GOG. Nobody should have to spend near an hour trying to get a single order to go through, people will start going to other platforms that aren't having that same platform, I almost did that today to get around it.

Futilizer Jan 7, 2019 @ 8:59am
+rep Indeed a long time friend and resonable trader. Always gives me something I don't have.