This user has also played as:
Still Walking My Dog 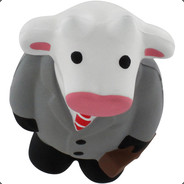 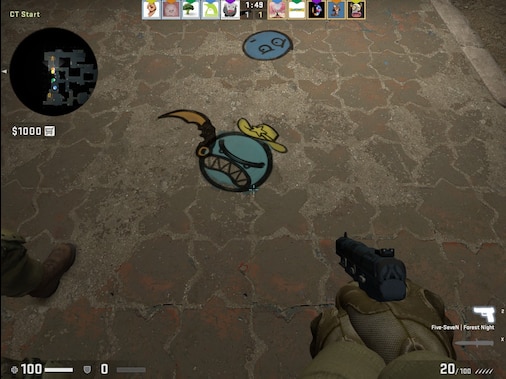 such an angry mans

PUBG: BATTLEGROUNDS
663 Hours played
PUBG
------------------------
While PLAYERUNKNOWN'S BATTLEGROUNDS can occasionally be an obscene amount of fun with friends, this game has so many issues that it borders on the unbelievable and in many cases it walks a fine line that teeters on the unacceptable. This review is far too long and blocky in text, so for those who like TDLRs, theres a non-specific and "short" summary. On the other hand, for those who are OK with reading into this game's issues, I'll go into some standout specifics from Developer conduct to this game's notorious plethora of technical issues and shortcomings, alongside some more casual observations made from someone who has put way WAY too much time into this trainwreck of a game that I just absolutely love to hate...

TLDR: PUBG is not very good!
*GASP*! some may say!
"But its a bestseller on Steam! It has broken records for the most concurrent players on a Steam title! It is played by literally millions every day! Surely its not terrible!" others may say!
And to be frank, this game is, at first, really something else to experience! Its tense! Its thrilling! It encourages teamplay, coordination and callouts in duos and squads in ways many games simply dont! And cooking your first, second, fifth and twentieth chicken dinners can make for a truly memorable time! However, after the initial 'honeymoon' phase is over, the game starts to show its true colors and the tape and glue that are used to hold together this mess of a game only become more and more transparent with time. If you and a group of friends want to play together, and you have a PC that can run it (basically 3+GB of VRAM w/ ~10+GB of system RAM; CPU isn't as huge a factor with this game), then you may find enjoyment with PUBG until the aformentioned honeymoon phase passes. If you want to play it but may not have others to play it with and don't need to scratch at that Arena-Style 'Battle Royale' itch, then I'd look elsewhere.

Either way, should you choose to pick it up, chances are you will likely find yourself getting frusterated with the game more often than not once that blissful phase of elated innocence passes and the bad really starts to poke out from this mangled heap of broken mechanics peiced sloppily together with duct-tape and glue...

The Devs...
As for the specifics, lets start with the devs backing PUBG ("Bluehole Ginno Games", or more specifically, their newly expanded subsidiary known as "PUBG Corp") who have made some pretty questionable decisions and statements throughout their games' time in Early Access. Such statements and decisions include the likes of:
Suffice it to say the devs have had plenty of issues with their darling of a game and certainly haven't done much to make most consumers flock to their side. While consumers (that means you!) ought to know if the devs of a game do stuff that could be considered in violation of basic pro-consumer ideologies, none of this dictates the playability of the game, which we are going to dive into right about now!

Technicalities: How PUBG swallows RAM & VRAM alive...
This game is an absolute mess, technically speaking. Lets get the blunt and obvious out of the way. If you have 2GB VRAM or 8GB system RAM or lower, you should seriously look into buying a different game, or at the very least, read up on the issues this game has ('buildings don't load' is the short of it) when it comes to not having enough RAM / VRAM. As for other technical issues, here's what 400+hrs of my own personal gametime alongside experiences shared with friends has equated to:

Conclusion:
Its been nearly a year since this game was put up on Early Access. As others have said, seeing PUBG go the way of games like H1Z1 & DayZ is not too far-fetched at this point, especially given the suprising lack of talk beyond PUBG's "1.0" release, which kind of feels like the last big thing this game may see. And that sort of breaks my heart, because despite PUBG being an absolute mess that is barely being held together, there are some moments this game has given me that no other game can rival. But between the devs and their actions, and the countless bugs and crashes I've endured, I can not recommend this game to anyone right now. It may be worth looking at when they exit Early Access sometime in the upcoming months, but until then, consider staying clear, especially if you have a budget PC.
View all 129 comments

4.7 hrs on record
last played on May 13
Arma 2: Operation Arrowhead