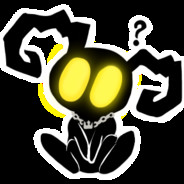 Cyberpunk 2077
90 Hours played
I finished The Witcher 3 for the first time this year and because of the interesting story told I got invested and started reading about the lore and some of the books.
Despite this I wasn't as excited for CDPRs new project as I would've been for something like "The Witcher 4".
Don't get me wrong, I was definitely hyped for this game cause I consider The Witcher 3 as one of the best games I ever played and Cyberpunk 2077 was being made by the same people.
1 Week before the game released I started to get hyped for it, excited to dive into a new world created by CDPR, did it live up to the general hype the game had prior to it's release? If you've been on the internet at any point after this games release you know the answer to it.
But since this is a steam review I will only be talking about the PC version.

To share some details about my first playthrough I chose the "Street kid" lifepath and played as Female V.
With this I come to the probably biggest disappointment, the lifepaths were supposed to give you more than just unique dialogue options throughout the game, they were supposed to give you a unique prologue and change the way people in the world perceive and interact with you to some degree. The Nomad outsider was supposed to have a harder time with befriending residents of Night City and the other way around for the street kid. In the end it sadly boils down to the unique dialogue options throughout the game and a unique opening to the game that lasts a total of maybe 15 minutes before all the paths end up at the same 6 month timeskip. I real disappointment and wasted opportunity that I can only see getting improved with the planned DLC and not the free updates.

Going from the disappointing lifepath system I wanna take a moment to talk about the overall plot in short if someone would ask me if the story was worth experiencing I would say YES. I haven't been this interested into a game and it's characters since RDR2 in 2018, for me this games story is right up there with RDR2 and TLOU in terms of writing and engagement.
The long version and a rough plot summary of the prologue to get you interested: You play as V a (despite whatever lifepath you chose at the start) mercenary and resident of Night City. You and your best pal Jackie get a job to steal a relic from the biggest corporation in Night City... Arasaka. Successfully pulling of this job will give you a lot of eddies and street cred. On top of that it is overlooked by one of the biggest fixers in all of Night City, Dexter DeShawn. So you go and try to steal the relic, but something goes horribly wrong, you are framed with killing the emperor of Arasaka, as if that isn't bad enough the relic got damaged and the only way to preserve it and get anything out of this job is to slot it into one of your neuroports. Jackie dies on the way to Dexter from a fatal bullet wound and to save his own skin Dexter disposes of any evidence of him having anything to do with this... in other words, he shoots you in the head killing you. This is a rough summary of the prologue and if it interests you I can only recommend playing it for yourself and experiencing it for yourself... it is a heartbreaking story with endings either being very depressive or hopeful, but not a true happy ending.

After talking about the story let's move to the one thing standing in Cyberpunks way from immersing you into it's incredibly world and story... The bugs, they are present, they are unavoidable and they will throw you out of the immersion BUT while there are a lot of people complaining about them as I am writing this review (23.12.2020) please keep in mind that The Witcher 3 experienced similiar issues in its early life, I am positive that CDPR will be able to iron out these issues and turn this game into a polished product in the near future. I alsowant to mention that in my 70h at the time of writing this review I have yet to crash once, my game softlocked maybe once and it was resolved with reloading a previous save. Your experience may vary since I have seen a couple friends having more or less issues than myself.

Now that I have talked about the bugs I want to talk about my favourite part of this game, seperate from its story I want to point out the characters. Cyberpunk manages to have some of the most alive feeling characters in any game I have ever played. No matter if it is a character that is actively part of the main plot like Johnny Silverhand or someone that you can completely miss like River Ward they managed to make every character feel like they have their own ambitions and reasons for acting the way they are. One of my favourite moments in the 70h I spend with this game was talking to a convicted murderer that got bailed from death row due to turning into a man of god but if he agrees he gets crucified for an exotic braindance. Most of these characters get introduced in unexpected ways that make every side quest in the game seem important. I am by no means someone who completes everything in a game but Cyberpunk managed to make me finish almost every side quest I was able to find. And V themselves is a contestant for one of the greatest protagonists in recent memory.

It's time to mention Night City and its less impactful residents.
Night City itself is incredibly detailed and dense, there are small things to see and discover around every corner and visual story telling is a strong theme. The City feels like it's always moving but... the residents themselves are keeping this from being one of the most immersive worlds ever crafted. They way NPCs and Cars seem to work is that they only really exist around V, which is a normal way to save some resources but if you drive fast on a long straight road you can see cars in the distance dissapear, breaking the immersion. It is totally possible to turn Night City into a ghost town if you enter the City at high speeds, this can be fixed with quicksaving and reloading your save. General NPC A.I is barely present with them having 2 modes, the first one is walking around the other one is cowering in fear. No running away, no defending themselves or calling the authorities, no throwing you out of the car you just stole from them, nothing. On top of that the police system is horrible, you accidentally run someone over and the NCPD will start spawning behind you, while I am of the opinion that this isn't as big of a deal as people make it out to be due to the game NEVER requiring you to mess with the police, it is still sad that they weren't able to provide a system akin to GTAs to provide fun chases and firefights outside of gigs, story or side missions. CDPR mentioned something about them seeing this as a bug so they might fix the A.I (They in fact already improved it a tiny bit at the time of writing this) but I am not entirely convinced this is something they will be able to completely overhaul.

As the last thing I wanna take a brief moment to talk about the RPG mechanics (and the soundtrack). There are a total of 5 skills with sub trees in them. There is a lot of room for experimentation and you can definitely feel the difference between builds. I don't believe you can skill in a way to make the game unbeatable, focusing on something like body will open up a lot of doors for you but something like cool will give you more dialogue options maybe even increasing your rewards for missions making a second or third playthrough feel different from the previous ones. Every playthrough is accompanied by a great soundtrack, worth mentioning here is "Never Fade Away" for hitting very hard no matter which ending you get.

I would love to write more about the mechanics and plot of the game but the steam character limit....
I love this game despite its flaws, would recommend to a friend and I am excited for the DLC.
Thx for reading this if you did.
Leave a comment
Rarest Achievement Showcase

18.4 hrs on record
last played on May 17
Wallpaper Engine
Achievement Progress   5 of 17