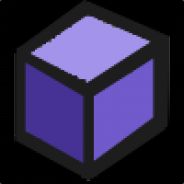 Run into any bugs or desync? Post it in the Bug Reports sub-forum.

2.2e adds a rate balancing system to prevent slowdown (which used to happen if one computer was unable to process the game at 60 fps).

Even if you did not run into noticeable slowdown, this update should still improve the responsiveness of netplay to player inputs.

I've written in the final patches for the urgent bugs (things like pause menu getting stuck, etc.).

Among these patches, player 2 is not allowed to pause the game anymore, because this often resulted in input lock. While there is probably a fix that wouldn't require this route, such a fix would very likely bring in new forms of desync.

One-bullet shotgun is still a thing, and I cannot give an ETA on a patch for that, but I'd like to shift my focus away from netplay and to other features such as level editing.

That said, bug reports are still appreciated and any urgent bugs will be fixed.


if you wanna play spelunky with friends online you should download Parsec. Parsec allows you to play local co-op only games online and it's no where near as buggy as Frozlunky