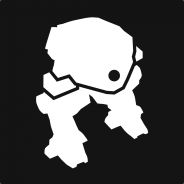 This group is for all users of the Giant Multiplayer Robot service.

multiplayerrobot.com will be down for maintenance sometime in the next 24 hours. Once complete, you can expect better responsiveness and speeds. Thank you for your patience!

We're pleased to announce that the first alpha release of the new Multiplayer Robot is now available! We've put a lot of work into this and are very excited for people to start using it.

Features
This release is named "Stonehenge." It's our first alpha release, so it's a long way from being done. Here's what you'll find in this version:

• Redesigned real-time app-like interface. All website actions will show instantly without ever refreshing the page
• Dramatically more powerful back-end for faster everything (although bugs may interfere with that for now!)
• Set all Civilization game options on the website when setting up a game. When you start your game, you'll get a game configuration file that you can load directly in Civilization.
• Game hosts can grant certain admin privileges to other users, such as the ability to revert turns, manage the turn-timer, invite and even kick players.
• Revert multiple turns in a game at the same time.
• New Windows app automatically downloads and submits your turns (detailed instructions here)
• Super easy web turn submissions – just drag and drop the save file into Multiplayer Robot (detailed instructions here)
• Fine-grained notification settings let you set email and/or web notifications for specific events.
• New games browser lets you filter by what DLC a game does or doesn't have (we'll add more filters to this in the future)
• You can now play as multiple civs in a game.

Caveats
Despite these awesome new features, there are lots of caveats to this release, including features from Giant Multiplayer Robot we haven't yet re-implemented. Here's some of the bigger caveats:

• There will be bugs. However we'll work hard to fix them as soon as they're detected!
• The turn timer, in its current state, is pretty basic. In our next release, we'll let you control the exact hours and days it runs.
• Private messaging and game comments haven't been re-implemented yet – these will be integrated as part of our larger efforts to add comprehensive community features.
• Vacation mode is partially implemented, but won't skip you if you turn it on while it's your turn
• There's no way to purchase more game slots. We'll eventually add this, with Google Wallet and Amazon Payment support in addition to PayPal. For now, everyone gets unlimited game slots while we test out the new system!
• No mod support yet, unless you use an initial save file (scenario). GMR's mod support is pretty confusing, so this time around we'll make things a lot easier by letting you attach mods from Steam Workshop to your games.
• None of your data is carried over from Giant Multiplayer Robot. We'll be migrating everything once the new Multiplayer Robot has all of the features of Giant Multiplayer Robot. This is tentatively planned to happen sometime in June.
• If we need to make any unexpectedly large changes before the Giant Multiplayer Robot migration, we may have to wipe the database. This means any games you create and turns you submit to the new Multiplayer Robot might be lost until we reach a more stable point. We're doubtful this will happen, but it's a possibility.

Coming Up
Our next release is Oracle, which we're hoping to have out by the end of April. It'll include features such as Beyond Earth support, multiple players per civ, and the ability to select exactly when you want the turn timer to run. For more details on what we've done and what we're working on, check out our Trello board[trello.com].

Ready?
If all this sounds good to you, we'd love your help in testing the new Multiplayer Robot! Just log in at http://new.multiplayerrobot.com, and let us know what you think. We'll be collecting user feedback and keeping track of it on our Trello board[trello.com].

You can also leave feedback and bugs on this thread in our Discussions.

eschatos1 Mar 22 @ 4:44am
I downloaded the app on my Mac, but it does not work. It gets opened by "Heart of Iron III" and does not ask me a token or anything. What's the problem?