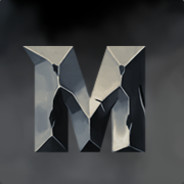 Our latest patch brings a lot of things, but mainly a couple of new achievements, since we know that there is a lot of achievement hunters among our fans of Moonfall. You can now also enjoy improved block animations and have much more fun with Shadow's daggers since this class can use them at quicker rate than before.

With the first big update a lot of improvements are coming to Moonfall's battle system. First, we were properly listening to your feedback and decided to make the battle system much more exciting. That is why we have increased the speed of the attacks by 20% and quickened performance of the abilities as well.

In order to feel the heat of battle much more, we have also added a couple of effects that make battles more enjoyable, improve responsiveness and provide a better feeling of impact of weapons, for example the shaking effect when the abilities are used. Block with or shield or weapon has a bigger efficiency now since we have completely changed his nature.

See some comparison gifs between the old and new version on Moonfall - Action RPG[moonfall-game.com].

Main features of the 1.1 patch

Complete changelog
We are still working hard to fix all known bugs. More fixes and content updates coming soon! Thank you for your patience.
Read More
VIEW ALL (15)
GROUP MEMBERS