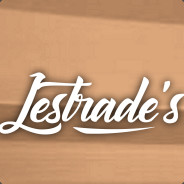 The trade is on!

Lestrades.com is a trading site, which intends to be familiar to users of Barter.vg and improve on all its features. In development since July 2016, the site reached stable status on May 20, 2017.

Lestrade's is the ideal place for one-time traders and seasoned bundle buyers to get rid of their duplicate game keys and acquire new ones in the process. Other traders may not have bought the same bundles as you did, and may have hold onto keys from bundles you missed out on. As the saying goes, "your garbage is their treasure." It's not a saying?! It should be.

A few features:
- browsing a game database, mostly from Steam, as well as a bundle database courtesy of ITAD.
- adding/removing games to your wishlist, tradables (games you have available to trade), blacklist and library,
- matching wishlists & tradables VERY quickly (less than 0.1 second on average!)
- a full-featured trading/offer system, with both usability and power in mind.

You can discuss LT's directly on the site's forums, or here if you prefer Steam forums. You can also get in touch with the author, Nao. Don't forget to invite your friends to this group if you want the user base to grow! More users is more potential trades, and more fun to be had!

(UPDATE: the site is back online for now. I'm looking into making sure this doesn't happen again.)

It's been a few days since Lestrade's went offline, and I just wanted to address it.

As you may know, the website is being hosted graciously on Devotee's private server, and has regularly been plagued by SSL certificate expiration issues. I've always had trouble getting in touch with him, but he always fixed them eventually. Lestrade's is a pet project of mine, and requires a bit more horsepower than my current hosting plans afford, so I was pretty much stuck with it.

A slow website is better than no website at all though, so once I hear back from Devotee and get access to the database (if I ever do, fingers crossed!), I'll probably move the website over to my own plan, or if someone would like to step up and offer their help, please do!

I really hope this isn't the end. I have no idea whether or not the database can still be accessed in the future. I know LT's hasn't been a successful trading website, but over the years I turned it into a game library management tool that's been very efficient, very user-experience focused. I don't see myself coming back to the 'old' days of not having it at all.

Here's the changelog for this week's addition to Lestrade's.
And by "this week", I mean "the last four months", of course.

I'm not going to do a properly sorted list. Just going to keep the list short & easy to read. Seriously, it's 4 months worth of changes, and given the length of this post, it's a good read overall.

- Matches are now sorted by user activity. First resultats shown are from users who recently visited the site.

You can also now quickly view matches with someone even if they're in your skip list -- without having to unskip and then skip them again.

- Finally implemented a mutual Cancel option for botched trades. This was by far the most requested feature on the site (and didn't take long to implement. Okay. That's life.)

- Offer creation page now lists everyone's tradables, regardless of status, with a label indicating said status if it's special. You can use the 'Clean list' link to move back to the original item list.

- Delisted status is now clearer. If a game is banned (i.e. farmed cards can't be resold), it'll clearly be pointed out. And things like that.

- Can now search bundles and studios by name (including expired ones).
Can search for junk items (things that aren't returned in the default results, usually because they're misleading or not redeemable.)

- You can now browse all games at the /games/ URL.

- Everywhere on the site, games in your library, tradables, wishlist or blacklist will now be adorned with an icon. It's surprisingly handy.

- Sidebar is now properly moved to the bottom of the page when viewing a heavy page, or using a mobile phone.

- Site icons were simplified to use Unicode everywhere I could, resulting in lighter pages. Also looks much better on Windows but unfortunately most smartphones will render them in an ugly emoji. I'd suggest replacing your emoji font with a black & white one. I can help you with tutorials, if you like. It's much better and that applies to all apps and websites, too.

- Well, mostly I've been busy keeping up with database changes... That's just maintenance work. Updating scrapers from all providers, things like that.
I also created multiple app types in addition to videos -- series and episodes are now their own thing. Most of the shows were handled manually. In fact I had so many changes to do, it kinda killed the fun for me.
In just under a year, the game database size more than doubled. This is just crazy. Thank you Steam Direct (but no thanks), and also many thanks to Steam's policy of allowing many more TV shows on their store. I personally don't know of anyone who's ever bought a TV show on Steam. I do, however, know someone who spent many hours manually flagging episodes. Oh yeah tnad that's me of course.

- And, as always, tons of minor bug fixes.

See you next year or something for the next changelog. ;)