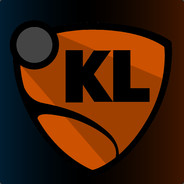 Official Website[kroketlego.nl]
VIEW ALL
POPULAR DISCUSSIONS
VIEW ALL (5)
RECENT ANNOUNCEMENTS
RLCS Season 5
January 27, 2018 - mork | 0 Comments
It's that time of the season once again...
Just two short months ago, we watched from the edge of our seats as Gale Force Esports won the Rocket League World Championship finale against our beloved team Kroket Lego E-Sports live from Washington DC. Unforgettable moments like those are what we love about the Rocket League Championship Series (RLCS), and we're back to bring you more with Season 5!

Psyonix announced RLCS Season 5 last week.
If you have no idea of what we're talking about, check this video first.

Kroket Lego E-Sports will compete this season again for the no. 1 seat. We hope that you'll support us. Our qualifying starts on February 18 and if we don't make it then, we'll try again on March 4.

We want to wish our opponents good luck already, because they'll need it.

We have created a new custom Kroket Lego E-Sports wallpaper, thanks to our content creator doln! You can find the wallpaper in the workshop is Wallpaper Engine. It's 1920 by 1080.

It's only compatible with Wallpaper Engine for Steam.

Arend Nov 30, 2017 @ 12:36pm
ive given ur name to my local mosque, there will now be a group of proven muslims watching your every move. If you break cerfew or insult a muslim woman with your eyes again, then you will be beheaded and sent to the holy tower of Mecca for public display as is the custom of holy Sharia law under the will of Allah
< >
VIEW ALL (30)
GROUP MEMBERS