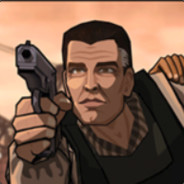 informing you of upcoming InXMatches and other events.

Want to play multiplayer in 2022? More info on
InsideXIII[www.InsideXIII.com] or visit the Official InsideXIII Discord server[discord.gg]

Are you deaf? I said, Number XIII is still alive! Inform the Mongoose.

Despite the radio silence, Tower Five (who have basically taken over PlayMagic's work to continue since last patch) has been working hard to revise many aspects of the current remake that caused very mixed receptions and push it towards its goal to deliver a more stable and similar appearance to the cult classic.

Mark the date September 13 2022 for a large overhaul from art direction to AI and also: Online Multiplayer!
https://steamcommunity.com/games/1154790/announcements/detail/3339997189662324655
And how does it look like with the changes? Well, see a glimpse in the new gameplay footage for the XIII Remake Switch version: https://www.youtube.com/watch?v=n_tYuN0oODA
Stay tuned!

It's been a while since the highly anticipated remake of the 2003's XIII landed... and crashed in a very unhappily way. The development officially took nearly two years (of which was supposed to be only one) and people reasonably were asking for the causes of such an outcome, the pandemic excuse clearly was just that - an excuse - considering the horrible-to-the-max state of the release. And now knowing the truth, it's obvious why there were no answers.

For all the juicy details:
https://www.fanbyte.com/features/inside-playmagic-the-studio-behind-the-disastrous-xiii-remake/

It's not the first time something like this happening within the gaming industry but it is certainly sad to see this fate - of all things - coming to an almost forgotten cult classic that had a real chance for a great revival, only to be pounded back into insignificance due to doubtful decisions from game dev authorities.

One day there might be a true XIII title, faithful to its roots and the initiator of an equally successful sequel, we don't know yet. But one thing's for sure: the 2020's remake it's not.