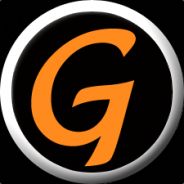 The official Steam group of Gaveroid.com!

This is the official Steam group of Gaveroid.com! Enjoy! :P

We have just launched "Gaveroid's Just Cause 3 Multiplayer DLC Server".

DLC for Just Cause 3 is required to play.

If you do not own any DLC you can play on one of our other Just Cause 3 Servers, we currently have three open to the public or you can purchase the DLC in the Steam store.
http://store.steampowered.com/dlc/225540/

OTHER COOL FEATURES:
On our JC3MP servers (Except for Vanilla) you can find cool features like our Cinema/Youtube player, Real streaming radio for vehicles, customizable clock with alarm, timer countdown and stopwatch feature. We are the only server to save most of your settings so rejoining is not a hassle. Stop by and check us out.

CHARLEY TANK LIVE STREAMING
We also have regular Youtube live streaming by CharleyTank on all our servers, famous for his Friday Viewer Challenges and who is also one of our experienced staff members. https://www.youtube.com/c/charleytank

Just Cause 3 Multiplayer version 1.0.0 released today on Steam. We have a server up and running as always for you to enjoy. It's been a lot of fun playing this evening, we suggest you try it out yourself - for free if you already own Just Cause 3.

Along with the release of our version 1.0.0 server, we have added a YouTube Cinema (/tp cinema, F9 to open GUI) and in-car streaming radio with real radio stations from around the world (prompt on-screen upon vehicle entry) for you to enjoy. We hope you enjoy these awesome new additions.

Read More
VIEW ALL (13)
STEAM CURATOR
Gaveroid reviews
"I'm a sucker for games that offer fun and original gameplay; most of the million Call of Duty clones are five minute wonders for me, so if you're looking for something different, count on me to provide."
Here are a few recent reviews by Gaveroid