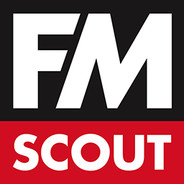 We aim to be the best place possible for every FM enthusiast by constantly improving, while keeping everything available for free. We strive for excellence not to compete others, but to reach our own potential as a FM community instead.

Your contribution is vital towards our mission and thus we are grateful for every post, comment or rating you can provide. We really care to shape a vibrant gathering of people breathing FM, because in the end good company is what matters.

Join us and be part of FM Scout today!

Originally posted by The_Reckonist:
An ideal starter tactic for teams developing towards a more pragmatic style of play. A good representation of the formation that Chelsea dominated the English Premier League with, during Jose Mourinho’s first reign. I used my knowledge of those players as a starting point and tweaked it to work in the latest 16.3 patch.

Plenty of tips and a 10-min video analysis are included.

Originally posted by Brendan Rogers, 2012:
I like to control games. I like to be responsible for our own destiny. If you are better than your opponent with the ball you have a 79 per cent chance of winning the game…for me it is quite logical. It does not matter how big or small you are, if you don’t have the ball you can’t score.

Brendan Rodgers' philosophy is one that is admired across the globe. His beliefs of how the game should be played has lead to some revolutionary football in the Premier League, first with Swansea, and currently with Liverpool. He believes in getting all the little things right. Keeping the ball is very important, and off-the-ball movement is clearly visible in this system. Defensively, he likes his team to put a lot of pressure on the opposing team. If you put your opponent under pressure, they have less time and space to work with, which may force them in to making mistakes. When his team has the ball, his players play a nice, flowing passing game with the ball always moving, making it impossible for the opposition to predict the next move. A master tactic in creation!

Are you looking to play an attractive style of football, while still controlling the play? Take a look at this tactic, modeled on Brendan Rodgers' "Tiki-Taka" system (3 formations included).

looch Apr 18, 2017 @ 7:58pm
One of the people who subscribed to my workshop mod said it was not there to tick and they suggested making it Non-Steam available, could anyone help me?

Gemini Oct 24, 2015 @ 8:38am
Do you want a customized cut out faces in according to your requirements?
We have one of the best editers in this field.
Make your request and you will be satisfied!
http://forum.fmlive.it/topic/11872-cut-out-faces-by-blackmagic10/

Gemini Oct 13, 2015 @ 12:22pm
Do you want a customized cut out faces in according to your requirements?
We have one of the best editers in this field.
Make your request and you will be satisfied!
http://forum.fmlive.it/topic/11872-cut-out-faces-by-blackmagic10/
< >
VIEW ALL (994)
GROUP MEMBERS