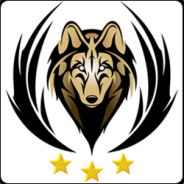 A gaming team that has been together for over 10 years now. We span a number of different games but we all enjoy a core interest in Honor, Valor, and Victory!

Finally, after years of speculation, it has come. Planetside has been reborn into a new, exciting and challenging fight for Auraxis in Planetside 2. The game is breathtaking in its visuals and it's gameplay. While it has the Planetside name attached to it, that's the only thing that bears resemblance to the first incarnation.

The Dragon Wolves have not abandoned the Terran Republic in the years since Planetside. We have been reborn on the server Waterson. If you're interested in playing with us, stop by our forums and fill out an application. Or, if you just want a taste of us to get to know us, join up on Friday Nights Open Squad Nights. It's a chance for us to show others who might be on the fence how we operate. Friday Night Open Squad Night starts at 8pm EST. We will be advertised, so just look us up, join up, gear up and Fight for the Terran Republic Soldier!

Loyalty beyond death! Strength in Unity!

Check out our Facebook fan page and become a fan!