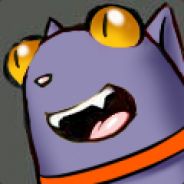 This is the official community for 'Chay Plays'; a Let's Play website where intrepid gamer and host Chaytel Solverre and hs amazing friends play through a wide variety of video games, new and old.

Health is turning a bit shoddy today, and I should probably rest on it and not push right now. Sorry! I'll be back next week.

Anyone currently following @Chaytel on twitter would know this by now, but Chay Plays has got itself a YouTube channel once again!

The channel is still steadily updating with old videos, and Chay (and by extension Nori, most likely) has been putting a lot of work in getting it up to speed. We'd very much appreciate your support in this endeavour!

Go ahead and follow @Norithics, the Chay Plays webmaster if you haven't already. You can also follow me at @MilkienMilkette, though I am considerably less useful. :)

Read More
VIEW ALL (12)
STEAM CURATOR
Chay Plays reviews
"LPer Chaytel Solverre's most beloved games on Steam, in any genre. Whether they have been featured on the Chay Plays website or not, these are some of the best games on Steam, so try them out!"
Here are a few recent reviews by Chay Plays

Aug 21, 2015 @ 11:49am
I guess Halloween is about two months away... I should consider LPing an appropriately-themed game for the occasion, as is tradition.

Hero361 Apr 24, 2015 @ 3:13pm
Hey uhh...I was wondering if I could get some help with getting my first twitch livestream under my belt. Just to see how well my connection works with other people's computers and how the video and audio is on their ends