This user has also played as:
Xial Director of Acquisitions
885 XP
I spend way too much time building cities in Cities: Skylines.

On Reddit, you'll find me as /u/Araiya and /u/Utsubushi, if I bother visiting.

I bought the game a long time ago, not as part of whatever this potato thing everyone else keeps mentioning, simply because I like Dejobaan.
My problem is that since my purchase, Dejobaan has worked with Owlchemy Labs on Aaaaa! For the Awesome, and has FINISHED Drunken Robot Pornography AND Elegy For A Dead World, while my ability to drop beats like hideous squalling infants has not been enhanced.

I stopped buying Dejobaan's games after this, because I don't reward developers who sell a product with a promise to finish it, but then fail to do so.

Show me a neatly wrapped, finalized product that works decently, and I'll gladly play it to review then. Until that, though? You'd have more fun with a potato.
Leave a comment
Workshop Showcase 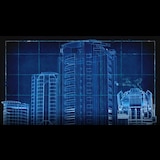 What is this mod?:
A continuation of Chrislex's Maintenance Fees mod for Cities: Skylines.
With proper attribution to the author, whose original mod can be found here: https://steamcommunity.com/sharedfiles/filedetail