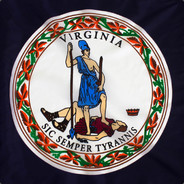 Overview Announcements Discussions Events Members Comments
ABOUT The 8th Virginia
Regiment Information: We are an awesome Confederate unit that plays the North and South mod for Mount & Blade: Warband.We are an independent regiment with a long story of serving in armies and most officers have gone to become generals or notorious people in this game.

Regiment History: Some 30 miles up the Potomac from Washington nestled the town of Leesburg, where the 8th Virginia Infantry Regiment had formed when war erupted. Now, in October of 1861, General George B. McClellan sensed an easy victory when he heard Confederate troops were evacuating the area. On October 21, four Union regiments were gradually ferried across the Potomac into Virginia... and the 8th Virginia Infantry Regiment rushed forward to defend hearth and home at Leesburg.

Determined Defense Sparks a Union Disaster at Ball's Bluff
The men of the 8th Virginia knew the terrain well, and took positions along a ridge overlooking Ball's Bluff, as Yankee troops reached the plateau. The thin line of Virginians were mostly seasoned hunters— expert sharpshooters. Suddenly, they opened a withering fire on an advancing sea of blue coats. But still the Massachusetts, California and New York regiments pressed forward to the bluff, bent on exploiting superior numbers. For three hours the Virginians repulsed them, until ammunition was nearly exhausted — then desperately searched among the dead for more. Now, as the Virginians charged forward, Federals pushed to the rear, some tumbling off the bluff to their doom in the river.

The hard-fighting regiment that would come to be known as the "Old Bloody Eighth" was organized in Leesburg, Virginia, in May, 1861.

One of the Most Active and Devastated Southern Regiments
The 8th Virginia quickly covered itself in glory at First Manassas (Bull Run), the first full-scale battle in Virginia, fought on July 21,1861. General Beauregard cited their gallantry for restoring a line that had cracked under a powerful Union assault on Henry Hill, then staunchly defending the vital Southern flank around Robinson House near the stone bridge (see map to right). A few months later, the 8th Virginia's fierce defense of its home ground at Leesburg (Ball's Bluff) made them a legend in the Army of Northern Virginia. They would be in the brigades of Generals Gracie, Pickett, and Garnett, experiencing some of the most horrendous losses of the war. They were in the thick of the fighting at Sharpsburg and Gettysburg, where the 8th Virginia lost about 90 percent of its depleted number of 193 men.

"Hello everyone.
Just a quick announcement that North & South will be ported over to Bannerlord.
Development will slowly start now, we still wait for the release of the programming mod tools."