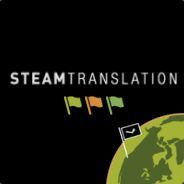 I’m Kostov, admin of the Serbian Translations group on Steam, founder of Srbifikatori[srbifikatori.rs] and translator with ~5 years of experience with video games, movies and documentaries.

As a long-time user on Steam, I’ve had a passion to join its translation effort in order to spread it to my people and help make it available to as wide an audience as possible. However, I see that Valve currently isn’t looking into adding any further languages to STS. If anyone with the relevant authority is reading this, I would like to take the opportunity to convince them otherwise:
Our members have translated games released both by Valve and by other companies and have thus far shared them unofficially, in circles; some have even gotten in contact with developers and had their work added into Steam games (albeit without being listed on the respective store page). I would, however, like to take a step further and ask everyone to support adding Serbian to Steam’s roster of languages. In return, we will do our best to give a translation worthy of being added into the Steam client, and the translators of our group will be able to dedicate themselves to their work at a higher level.

I hope this interests anyone reading. I would be glad to work together with the translators of Steam, and the whole Balkan community stands with me.
Last edited by Kostov; Aug 20, 2021 @ 9:47am
< >
Showing 1-1 of 1 comments

2
So is there a reason why Steam refuses to support Arabic?