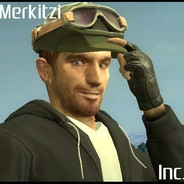 Welcome to my hexing group.

Welcome to Merkitzi Incorperated. This group is mainly focused on hexing. tho we do have a section where you can post your gmod artwork if you want to.

Rules:
-No Spamming(This includes copypasted messages. keep them out of here)
-Respect one another
-Trading occasionally allowed
-No Scamming.
-Don't Over-invite people to the group. ive had people doing this before.
-No Cyberbullying(It does NOT make you look cool.)

Note:
Please goto this subforum instead of the comment section if you want to suggest hexes.

So the Smissmas update dropped. and about 7 of those i hex was items that made it into the games. and the hex versions are now removed.

The items that i hexed before they were accepted goes under these names:
The Soft Hard Hat
Battle Bear
Crosshair Cardigan
The Wooly Pulli
Lumbercap
Colonel Kringle
The Frostbiter

If you had any of these subscribed and use them for some dupes/saves, i'm sorry if they are ruined now. but its because i don't see it being nessecary to keep up the hex of an accepted item when it can already be found in the files, unless they had difference(Which none of them had from the accepted items)

Hope y'all understand, and have a Nice Day/Night/Evening

So it seems that the hex i uploaded called ''Big Slappy'' has been reported from workshop(And i'm pretty sure its due to some people who don't like it just abuse the report system. which does not suprise me)

Anyways. i decided to upload it to dropbox for those who want to use it again. so here ya go:
https://www.dropbox.com/s/b1v8dt062a093z6/Big%20Slappy.zip?dl=0

Atrocious Sherman Nov 10 @ 4:12am
What happened to the big slappy hex did it get taken down yet again? @yakuza.

ShadowLuigi Oct 3 @ 11:48pm
I think one of the members known as Konix T Phantom got hacked recently as they're asking about having me vote for some friends in a CS Event. Not falling for that. So if you've gotten some message from him like that. Then just ignore it.

Atrocious Sherman Sep 29 @ 3:44am
Hi there I don't know if someone else already requested this but can you hex this cosmetic item https://steamcommunity.com/sharedfiles/filedetails/?id=2855959918

christmasyname Sep 16 @ 2:26pm
Hex the Sightliner on the engineer please

Can you hex this please? It used to be a mod a couple of years ago but for some reason it was taken down, no idea why. Thanks.
< >
VIEW ALL (603)
GROUP MEMBERS