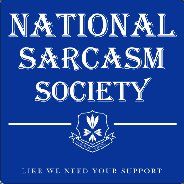 Ruining it for everyone else since 2004

Welcome to The Guild Of Slackers! We're a kicked back relaxed group that likes to chillax and haz teh funz. Feel free to join up and play with us on our servers! Which by the way, DON'T have pinion installed, and never will. We're not running servers to make money.

Basic rules:
Attacking people on our servers or discussions because of gender, sexual orientation, race etc will get you banned. We have people from all over the world who come in to have fun and we want everyone to be welcome, unless they're trolls obviously. This includes sexist and racial slurring as well offensive names. We will ask you to change your name and if you do not follow through you will be banned permanently.

Spamming (via mic or otherwise) will also get you banned. You will also be banned if you deliberately cause problems on any of our servers.

Other things that can get you kicked out are: Piracy disussion, threats of real life violence, phishers/scammers, soliciting, posting pornography or begging for items.

If you get banned on one server you will be banned on all servers within this group. Period.

Grab it while you can!