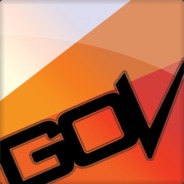 credits to panda for mini raills village into unusual map

DESCRIPTION:
This plugin emulates a GTA5 gamemod CARS VS HUNTERS so in tf2 will work like:
Red need to push down the Blue team when a player fall dies and will be switched to the red team.At end round the teams are well-balanced with older players, so who was hunter will be blue again until the team switch by the game.When the round starts a random class to blue team is picked up from the server ONLY Soldier/Snipers are permitted. Soldier Rocket damage is default, Sniper rifle damage is 500 damage.

CSGOWare is a custom SourceMod game mode and accompanying map that emulates the gameplay style of the WarioWare game series on Nintendo consoles.

The gameplay within the map involves all players participating in randomly chosen 'microgames', simple tasks with short instructions and a duration of less than 5 seconds. Players are automatically changed to the class the microgame (or their role within the microgame) requires, are generally forced to wield a specific weapon (or whatever is currently in the required slot), and do not have any ammunition or cannot melee unless the microgame requires it. Players earn one point per microgame that they 'win', and as soon as one player has 18 points a Boss Stage is begun, which is longer (about one minute on average) and slightly more complex than the normal microgames, and always has a dedicated environment within the map. The player with the most points following a Boss Stage is given free rein to kill all other players on the stage, after which the flow of gameplay is looped and everybody's score resets t

Note : this is the first release so keep it like a Beta version