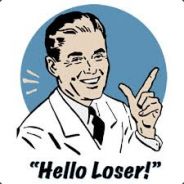 Welcome to all the generous bastards

I wanted to make a new group. One for the users who give far more than than win.
- At least 50 giveaways
- Wins to be no more than a third of your giveaways
- Minimum Contributor Level of 5.75
- A minimum Real CV ratio of $1.50 gifted for every $1 won for invite, dropping to $1.25 or lower will result in a warning, followed by removal from the group.

Quick mass boosts to raise CV (high discounts) or giveaways (mass bundles) to meet group requirements will require a wait period of 8 weeks after the boost before they can receive an invite.

This giveaway group doesn't have required giveaways, though given the kinds of people to be invited, that probably won't be a problem.

The recruitment topic is here[www.steamgifts.com]

Guest Gifter
These people have an invite purely to make giveaways for us overly generous people. Don't get confused by their presence here.

At least one previous member has entered into giveaways after removal from the group, has lied about resyncing when they were requested to, and claims they only entered again because of a Wishlist auto enter script after removing themselves after the first time I requested they do so.

While previous members may have been generous users as well, that doesn't mean they won't need to keep to the same standards as other members.

Also, should you find yourself removed in future, please don't turn into this guy.

When Charitable Losers was first started, SteamGifts used different mechanics for how giveaway value worked, with region locked games and bundles not making value for users.

More recently, this stuff has been creeping in, along with tools like Real Value Sent and Received, but the group hasn't really done much to take these changes into account for joining. I've decided to finally do something about that, and will be doing a mass member boot soon.

Because of this, I request no users make giveaways extending past the 14th of February, 2016. I'll be booting all but the Admin users the day after, until the new rules are hashed out. At that point, I'll welcome the return of all users who will meet the chosen requirements.

The 14th was chosen so some of you can boost if needed to ensure your return :P