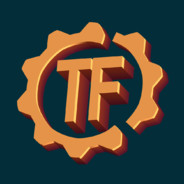 Become part of the Creators.TF project and help us deliver content to the TF2 community.

Welcome to Creators.TF, a TF2 community celebration project that takes the initiative to provide new content for Team Fortress 2.

Using the help of community content creators, we can provide complete community-created events to our own servers through modding and plugins. Hats, weapons, maps, and much more! All of these will be created by the community, for the community.

This project is a great undertaking, and that's why we need members of the TF2 community, just like you!

• Learn more about the project[creators.tf]

• Help the project by supporting us on Patreon[www.patreon.com]

https://creators.tf
Discord Server[creators.tf]
VIEW ALL
POPULAR DISCUSSIONS
VIEW ALL (75)
RECENT ANNOUNCEMENTS
A Hauntingly Homecooked Halloween Special!
October 26, 2021 - Alibi | 2 Comments
Click Here To View The Full Update Webpage[creators.tf]
"COWER, FOOLS, FOR ONCE AGAIN YOUR TRADITIONAL AUTUMNAL SCHEDULE HAS BEEN CAST ASUNDER BY NONE OTHER THAN THE GREAT AND POWERFUL MERASMUS! COME HITHER, FOOLS, AND LISTEN CLOSE TO A MOST DISTURBING MESSAGE FROM THE DARKEST ABYSSES OF MERASMUS’S SPREADSHEET COLLECTION!"

"WE HAVE RUN OUT OF MONEY TO MAKE THE CREATORS.TF HALLOWEEN SPECIAL THIS YEAR!"

"...Yes, it’s true, mortal. Making those personalized hellscapes for Scream Fortress doesn’t come cheap, and it certainly doesn’t help that I, despite my infinite magical wisdom, have been blacklisted by every major criminal organization from taking out any more extremely high interest loans - and you ungrateful bunch of psychotic hat-hoarders have been taking all of my prime, death-threatening entertainment for granted, for YEARS!"

"Were it not for the federally mandated minimum amount of nefarious wizardry required to qualify for the lower-middle arcane tax bracket, Merasmus wouldn’t even bother trying to please such an abysmal audience as this!"

"BUT WAIT! Don’t you worry your supernaturally shrunken little heads, mortals! For Merasmus has come up with the PERFECT RECIPE for a budget fright night!"

"This one’s a tried and true favorite for the kids - in fact, MERASMUS’s little god-nephew absolutely delights in this cheap and easy way to get your federally mandated Halloween FRIGHT on!"

What you’ll need for this recipe:
"With these ingredients, some imagination, and a wide berth from any depictions living or dead that may alert the vampiric horde of lawyers that work for every major media conglomerate, Merasmus will show you how to single-handedly save Scream Fortress and concoct a brand new grisly gauntlet to torture your least favourite annoying whelps!"

"Let’s start cooking, shall we? First, heat up your cauldron to 1000 degrees Fahrenheit (that’s 538 degrees Celsius, for those of you who live somewhere that uses a non-arcane system of measurements). Pour in the souls you collected earlier and let them simmer for TWO THOUSAND years - or, if you’re short on time, about 30 minutes in the pressure cooker will achieve the same effect (remember to return it to the cauldron afterward!)."

"Read from the Kindlebook, doing your best to pour the loosely translated Latin into your concoction at an agonizingly slow rate. Let that continue to cook until boiling while continuously stirring with your staff - this allows all those distinctly devillish flavors to mingle nicely with each other."

"Now, bring that cauldron to your favorite culturally sensitive ancient burial ground and allow it to cool nightly for the next three or so weeks."
"And let the spooks commence! Merasmus has included provisions in this recipe for a bunch of NEW COSMETICS he received from the donation bin behind his apartment, but store bought is fine too. DO NOT LET THE POLICE FIND OUT WHO YOU ARE OR WHO GAVE YOU THIS RECIPE, MORTALS - MERASMUS HAS A WARRANT OUT FOR HIS ARREST IN SEVERAL JURISDICTIONS!"
Merasmus has also included NEW WEAPONS as well! No idea what they’ll do, but you’re welcome to use them to defend yourself from the cops!
Once cooled, pour out into individual haunted platters and serve. Pairs best with the tears of a tortured game developer.

That's all that Merasmus could budget out for this year, mortals! Now, I have a couple more well thought out schemes cooking to get me out of this debt hole that need attending to - so BEGONE! Happy Halloween, fools!

A Creators.TF weekly* update has been released.

Changes will automatically apply after a map change.

You can see most of the in depth changes by clicking here.[github.com]
Read More
view all < >
405 Comments

TF2CutContent.wiki Apr 30 @ 8:53pm
Did a write-up on the internal team history of Creators.TF from the time I joined in November 2019 up until I left.

Wendy Mar 29 @ 1:16am
as someone who could consider some of the developers friends its hard to see them have to shut down
< >
VIEW ALL (7,987)
GROUP MEMBERS