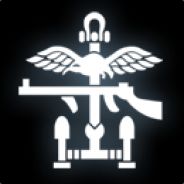 We are a military realism unit based in Arma 3. We play Arma using British military tactics and equipment to try and simulate (to a degree) the modern British forces while maintaining an overall fun and enjoyable gameplay experience.

We like to use ranks within the unit to delegate responsibilities (as well as to show recognition of contributions to the community) and maintain a level of organisation that everyone enjoys. Don’t worry, you won’t have to fill out any report papers at the end of the day or give us 50 laps if you walk out of line. We think that Arma should be played and not taken to impractical levels (there’s no yes sir, no sir with us!).

Common sense rules are in place to ensure a fun and respectful place to enjoy gaming. Maturity, respect, and common-sense (and maybe even an odd bit of humour) are expected qualities from all recruits/members.

Mainly we are a UK-based unit. However, members have joined us from around the globe - Norway, Finland, USA, Germany and many more. Rest assured you'll fit in with the group, no matter your region.

Large-scale operations are run every weekend, and we also have a Arma 3 public server running 24/7 (on our powerful dedicated server). The 3 Commando Brigade's flourishing community is what drives and compels the unit to succeed.
3 Commando Brigade

Each month, the competition will have a theme, this months theme will be "Reconnaissance".

As you may have worked out, I will be taking over the running of the Screenshot of the Month competition.
In doing so I will be introducing a new way of choosing the winners/runners up & some tweaks to the rules.

All screenshots wishing to be submitted to the competition, should be posted in this thread. At the end of the month,
once the competition has ended & the thread has been locked, I will shortlist a handful of images, this choice will take
a few things into account, some of which will be how closely they capture the given theme, creativity & also how many
"thanks" the post/image has received. Once this has been decided, a thread will be created with a pole, in which people
can cast their vote on which image they think is the best, the image with the most votes wins!

Once the winner has been chosen, it will be announced via a news post. The winner (if a 3CB Member) shall receive a "Kodak Commander" ribbon to proudly display next to their forum name!

The closing date for this competition will be on Sunday the 28th of May.

Nov 26, 2017 @ 10:57am
Hi - been a while since I posted here. Just wanted to highlight a really good Open Public mission that our Public Ops team ran on Saturday the 24th Nov.

We had a good turnout and a really tough battle with circa 1000 Enemy AI including 50 armored vehicles trying to storm our enclave. Hard fought and many NLAWs fired !!

Mar 16, 2014 @ 9:24am
Just to remind everyone about Ops night tonight. We're playing a special Edition Takistan Insrurgency map (@A3MP) If you've not played for a while this would be a good easy way to get back into it as it's JUST like A2, but Better ;P