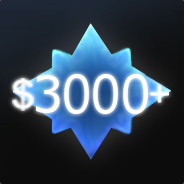 ✨This group is for players/traders/collectors with $3,000+ inventories.✨
Too get invited, add our BOT! If he declines you, add a mod! [CLICK ME]

● Every member of the group has been verified to own a total of $3,000+ worth of CS:GO items across their account/accounts. Account value is determined via SteamAnalyst or Csgo.Exchange prices!

If you are already in this group, you can ignore this announcement. This is for those who are putting in requests too see. As of now, I’m currently in college so I don’t have much time too really be online and accept/decline many requests, and as of now, we probably have around 300 requests to deal with across all groups so near the end of this month expect too see me online more often and many of the requests will be resolved.

Its been decided that the 5,000$+ Collectors group will be released at the end of January, and as I'm writing this its about to hit 12:00 AM soon so, as promised, its now open. If you believe you qualify to enter the 5K collectors, make sure send in an invite as we view sapphires, rubies, ch, fire and ice, etc etc as value via csgoxchange! Also, just a small note if you do qualify for the other groups, make sure send in a request to continue progressing forward or, post a comment on my profile and I will invite you to the others.

We're almost at 300 members in the 1K collectors, 200 members in the 2K, and 100 members in the 3K, which is crazy too me, because when I created these groups, I didnt realize there was such a following too be in a "special" group and it really makes me happy to see others in game rocking the tags, so a big thank you to you all!

Too celebrate the releasing of the 5K Collectors group, we will be either doing a bluegem 5-7 scar pattern giveaway, or some expensive skin, or for multiple winners we can do pins or something, but I'll discuss with the mods on what we can do with that.

Also, I've had a few requests too make a smaller collector group for those who don't have 1,000$ inventories as it is a pretty steep starting point and we wanna give everyone a chance to be apart of our "exclusive" groups.

Anyways, just once again I wanna give a thanks to everyone whose joined my groups over the past year, and I hope 2018 has just as much too offer.