A new client update v1217 is being pushed out for DJMAX RESPECT V on Aug 11, 2022 14:00 KST. No server maintenance will be performed for this update. You must update to the latest game client in order to play.
There has been a minor issue where an error pop-up comes out when you first try to enter DPC2022 Mode.
It will work normally after re-trying to enter.
Sorry for the inconvenience. 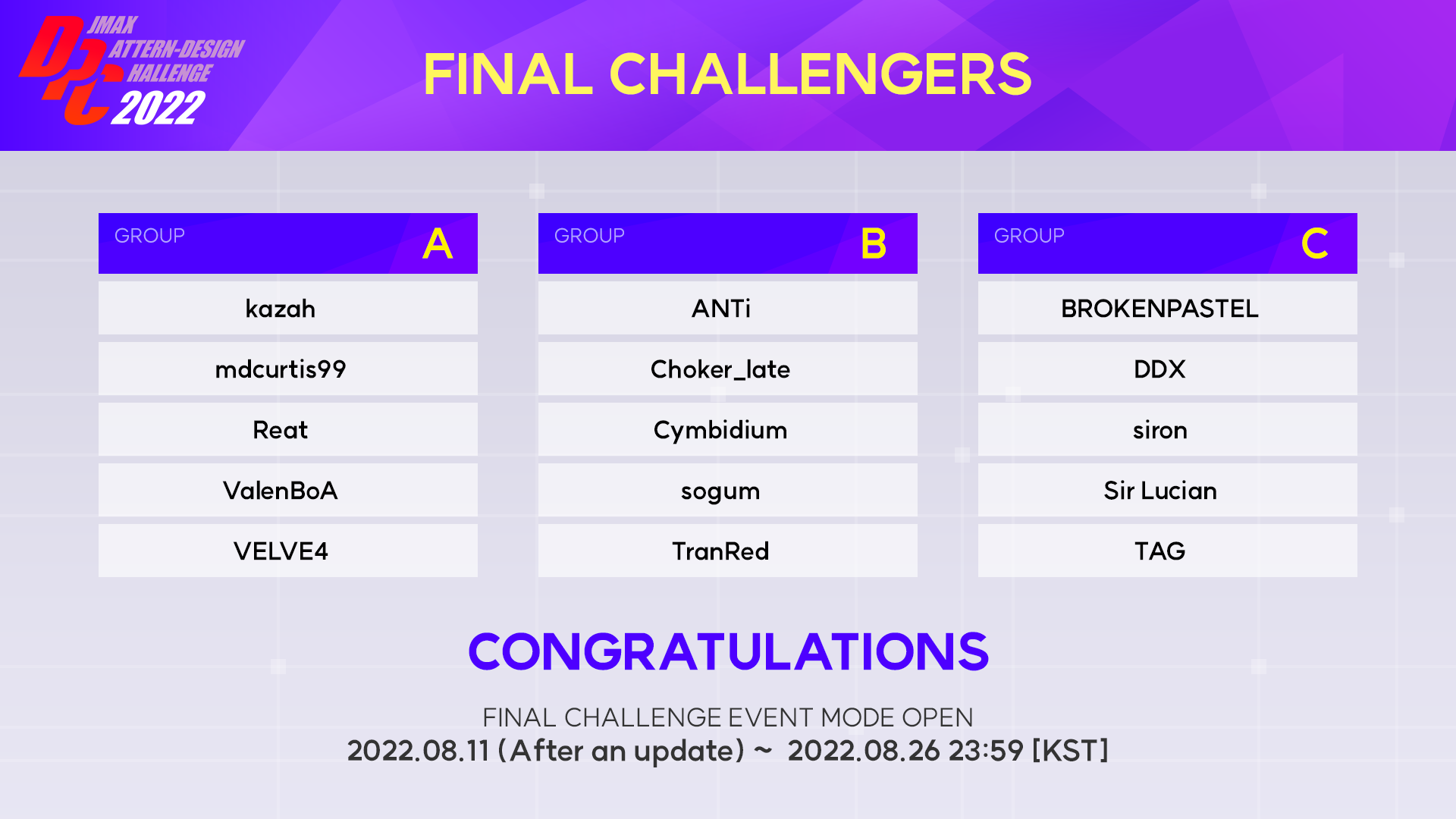 After an update on August 11th, all users will be a judge and will be able to play and rate the patterns of the Final Challengers.
Here are some guidelines :

◆ Final Challenge will process until August 26th, 23:59 KST. Date may change with prior notice.

◆ After the game starts, you can enter DPC2022 Mode by pressing F7.

◆ Creators of DPC2022 patterns will not be shown in the Game, therefore we have numbered a random number to each pattern.

◆ After completing each pattern, you can rate the patterns, and playing DPC2022 patterns will not give any in-game rewards including level or clear pass points.

◆ You can change your rating after playing the same pattern again.

◆ In DPC2022 Mode, there will not be GAME OVER so you can freely play each pattern until the end.

◆ All patterns will be serviced as they are exactly submitted. Therefore, some patterns may be unable to be played with MAX COMBO or somewhat impossible placement.

◆ If we find any final challengers or possible associates who are promoting a certain pattern in SNS or community, we will consider it as abusing and will be removed from Final Challenge.

Thank you for your interest in DPC2022.

DJMAX RESPECT V 100% Achievements, Walkthrough, and Unlock Guide
This guide goes over all achievements, song and gallery unlocks, plate unlocks, music videos, and will be updated after each new DLC release.
287 ratings

[Deemo & Cytus Update] Complete Collection & Achievements Guide
This guide covers how Music, Plates, Gear & Note Skins, Gallery, Music Videos and Comments are unlocked and methods to unlock them easier. Steam achievements and unlocking them is also covered. Visuals of all the plates, gear and notes are included.
153 ratings 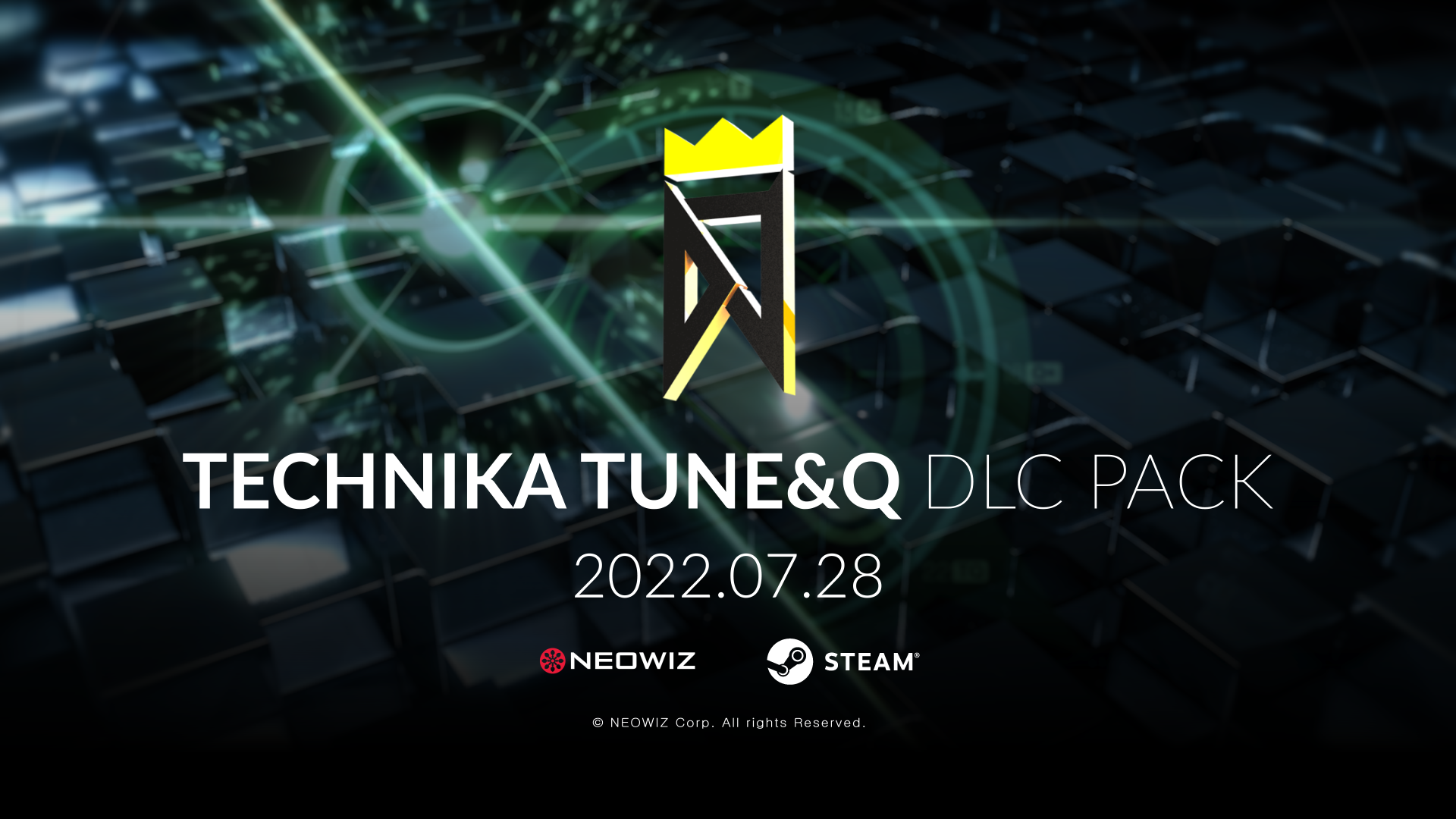 On July 28th, 2022, DJMAX RESPECT V v1205 update has been completed.
You can update DJMAX RESPECT V in the Steam Client.
The launch discount for New DLC will process for one week.
For detailed information please check below. 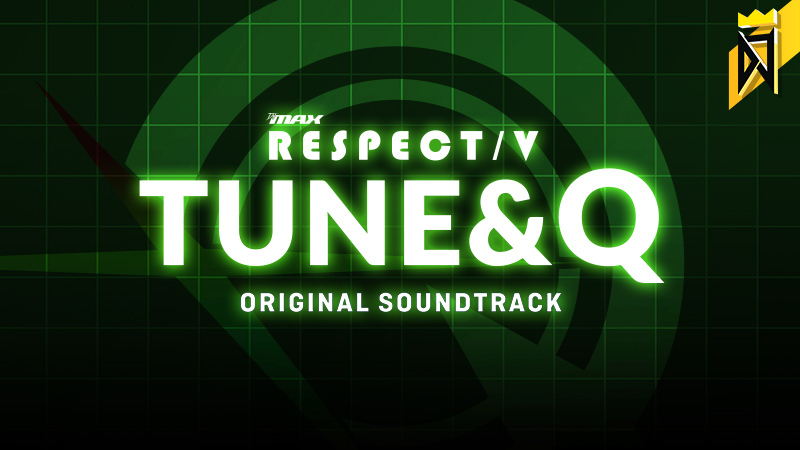 
*On July 28th, during the maintenance period, we will play TECHNIKA TUNE & Q BGA Preview on YouTube Live in DJMAX ARCHIVE.
https://www.youtube.com/c/DJMAXARCHIVE

List of Potentially Copyright Unsafe DJMax Songs
A list of songs that trigger either a YouTube Content ID or Twitch VoD mutes organised by threat level in order to help people know what to avoid when streaming or uploading gameplay of DJMax. 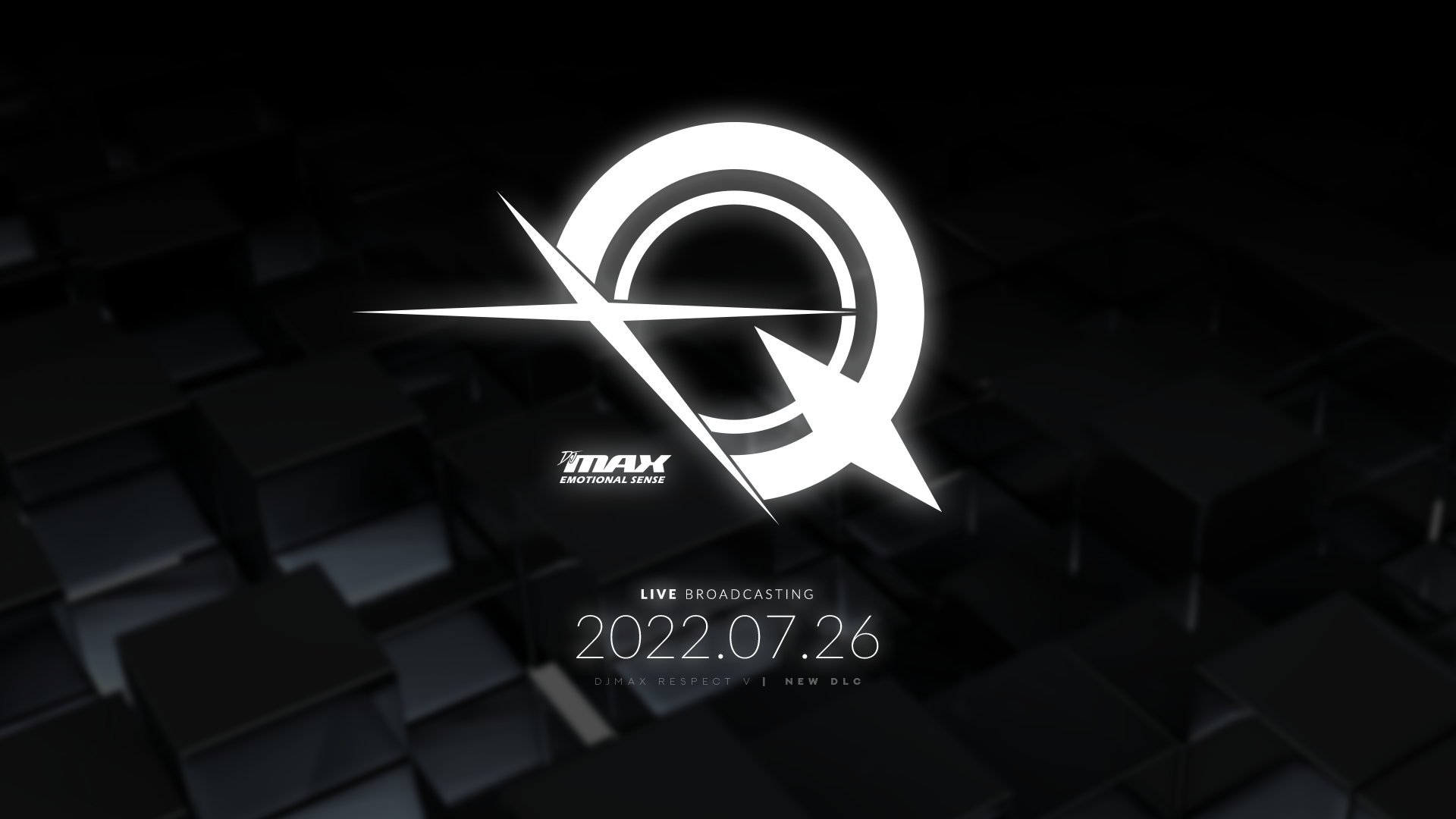 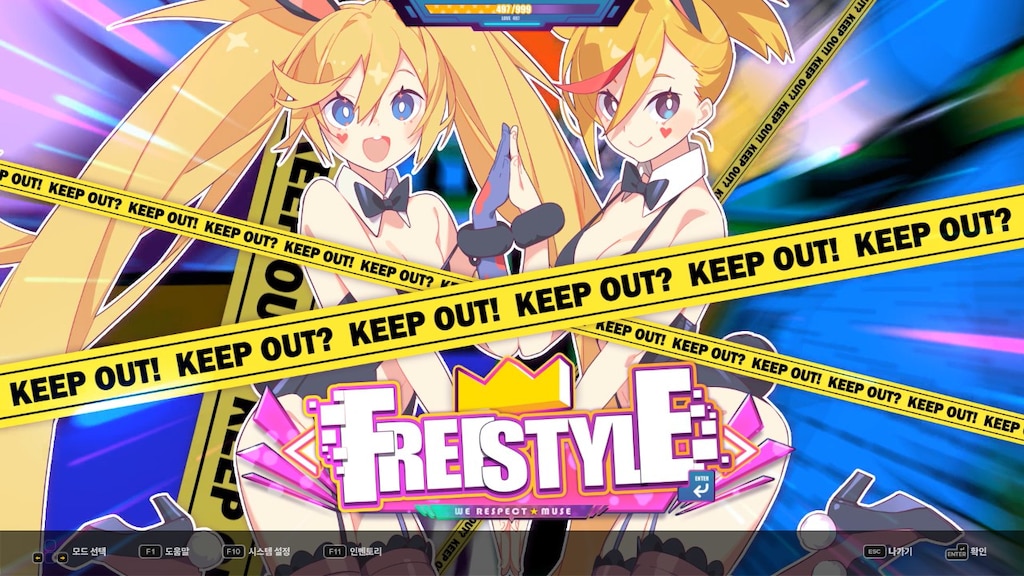 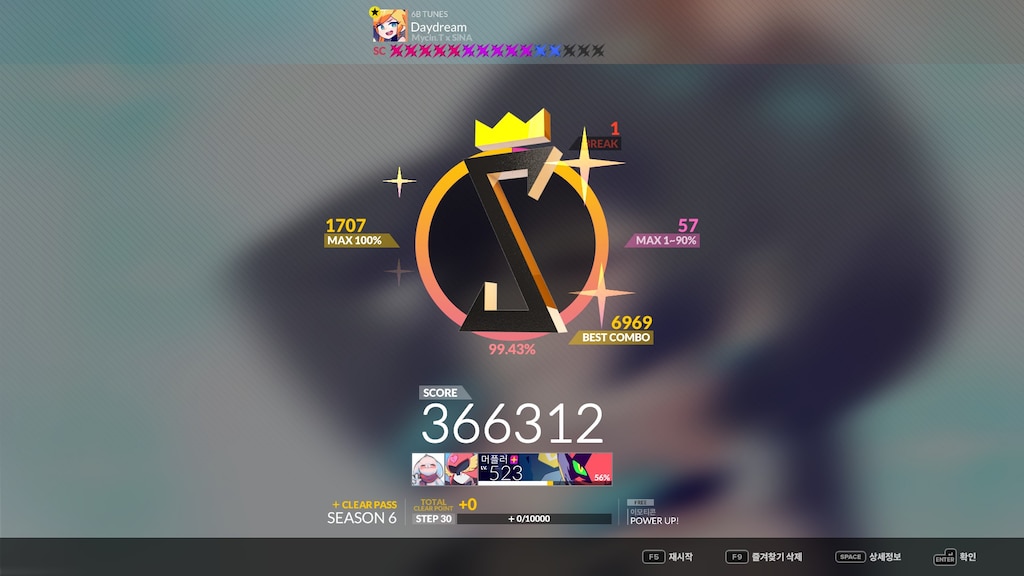 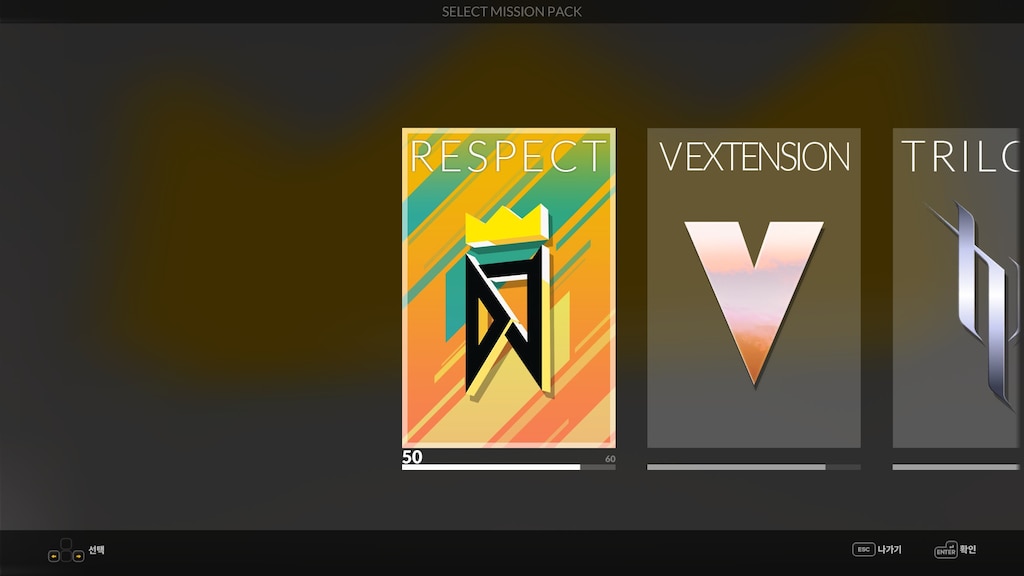 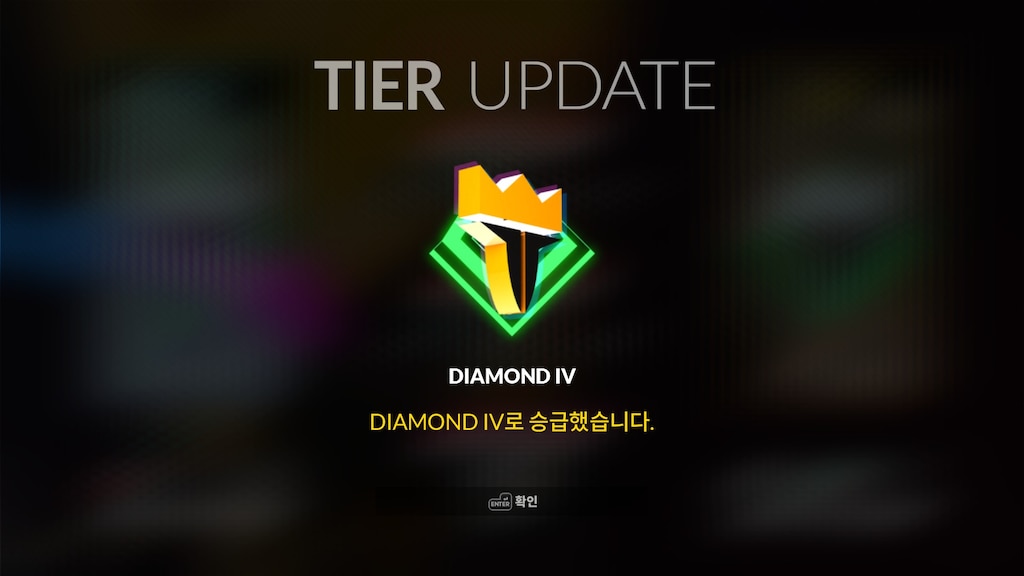 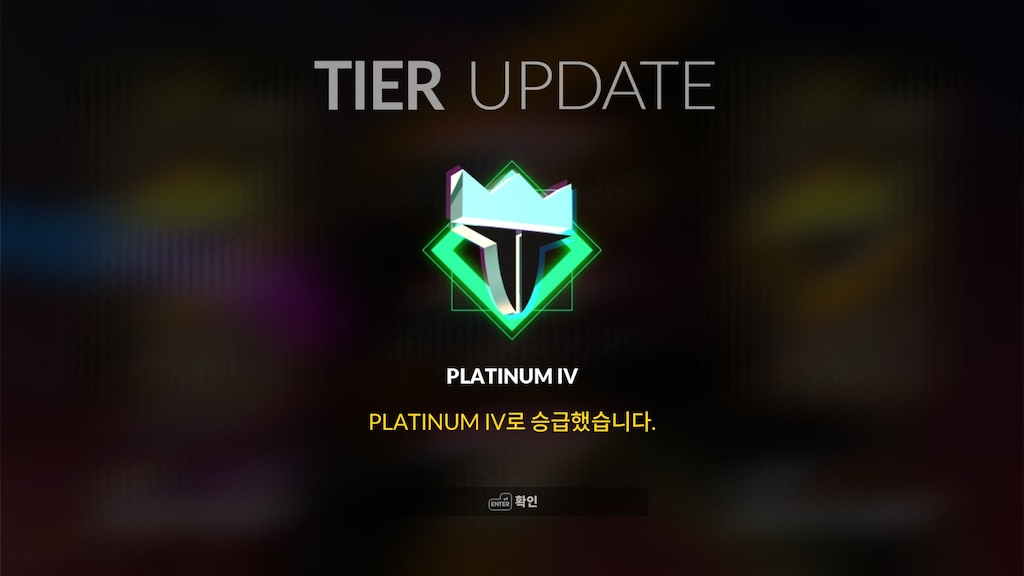 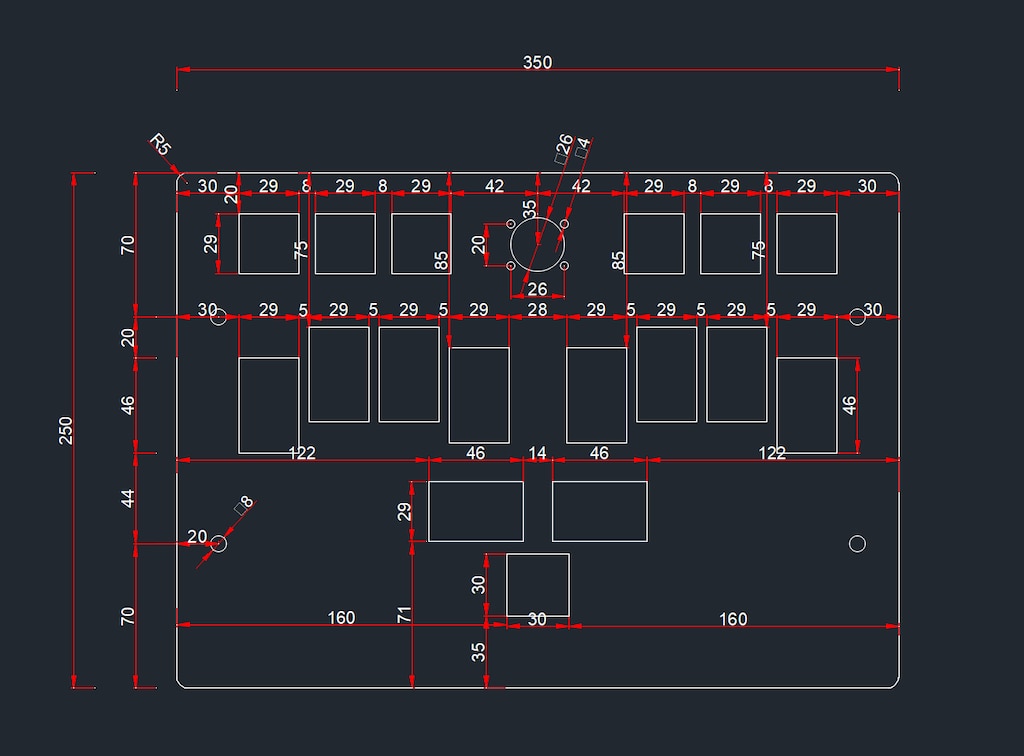 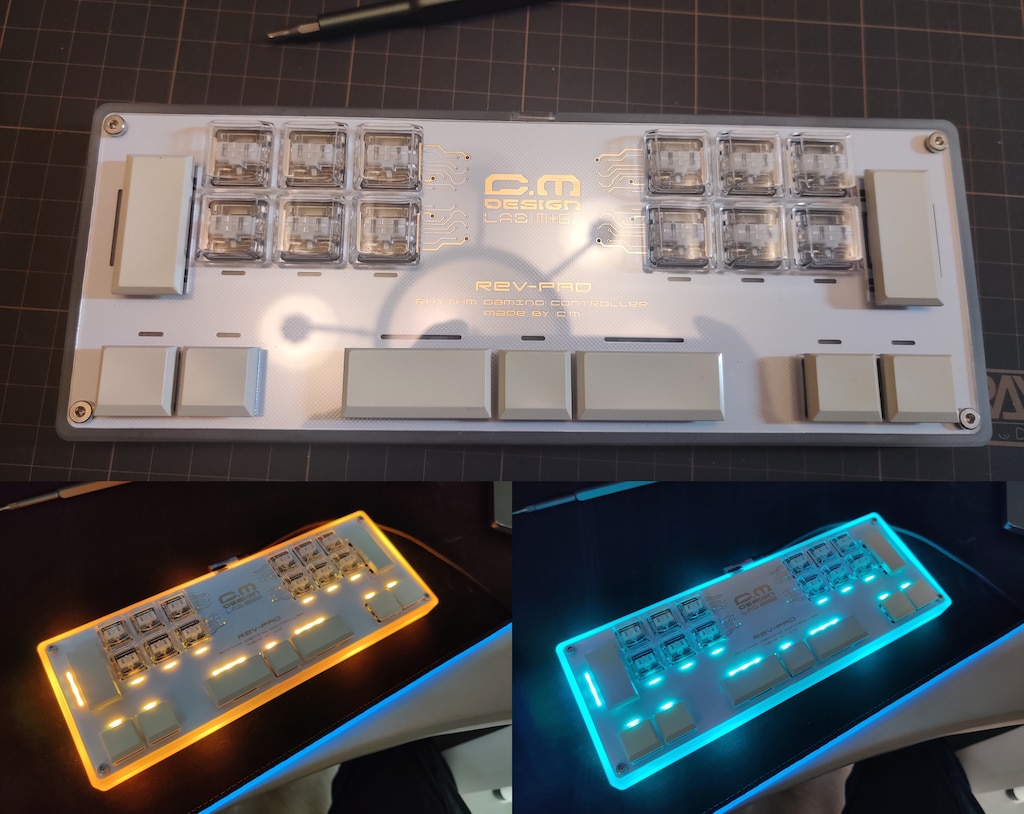 Recommended
125.1 hrs on record
An outstanding reboot of DJMAX series. Easily accessible, and yet provides decent challenges that keep you engaged for a long time. Most of tracks are curated good enough as well, giving you tons of joy while playing(or you could say 'listening') the game.

DLC pricing policy, however, may be burdening, as the game currently has numerous separate packs for additional contents. They mostly have great musics and keynote compositions for what it's worth, though(grab them on sale if you can). Fortunately you can try those songs in open match if you have a clear pass(which grants you an access to all tracks that the host have).

Occasional stuttering and note-skipping are also part of the downside. It can get frustrating to go through the entire track, only to see your game stutter and miss your notes. The issue's not that frequent, but it can be a glaring trouble to say the least.

That being said, it's still the best rhythm game I can burn my free time on over and over in my book. Nothing beats the satisfaction coming from breaking your own records every time you improve. Double the fun if you have friends to play with. 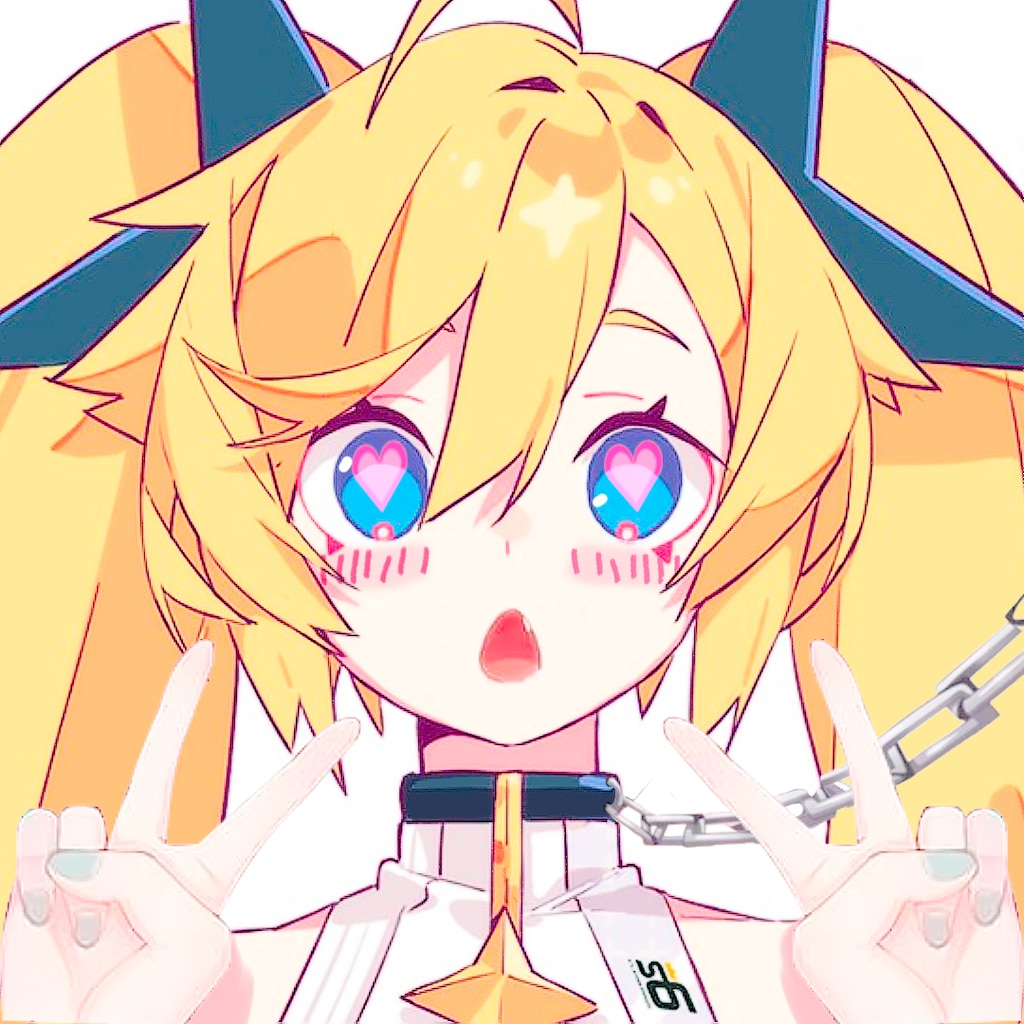 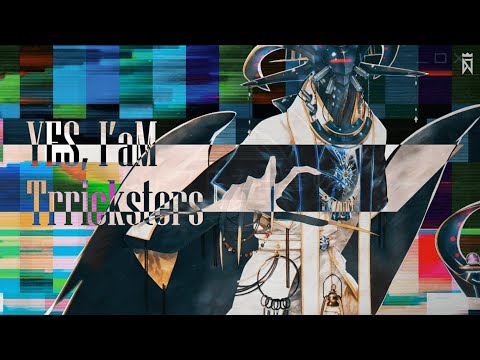 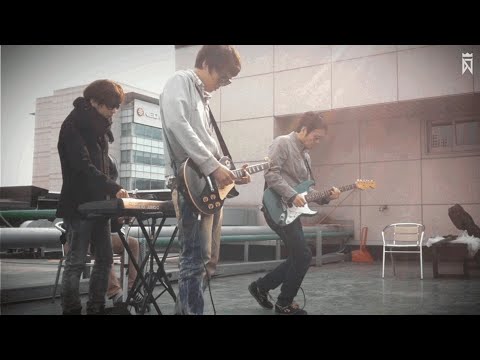 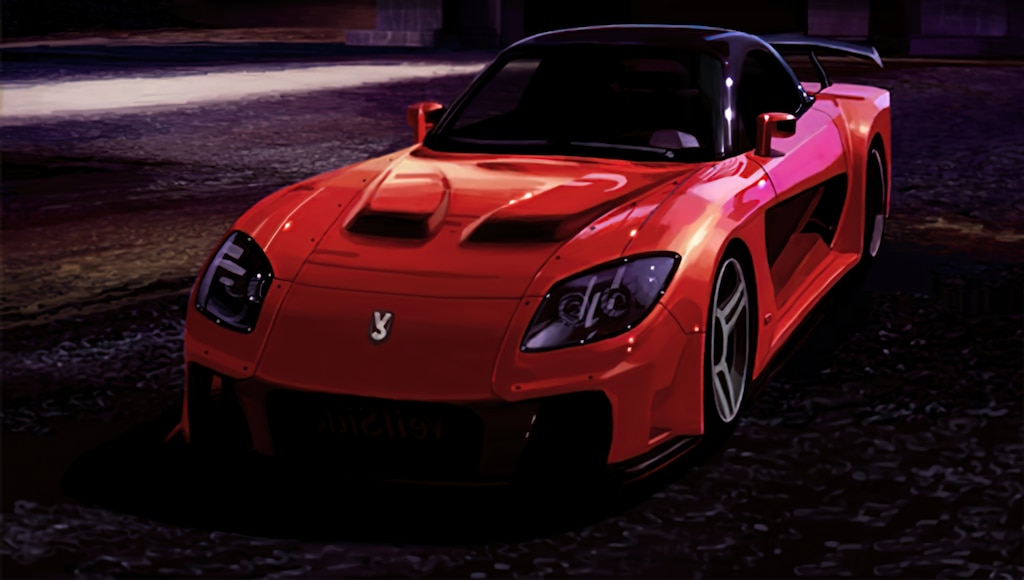 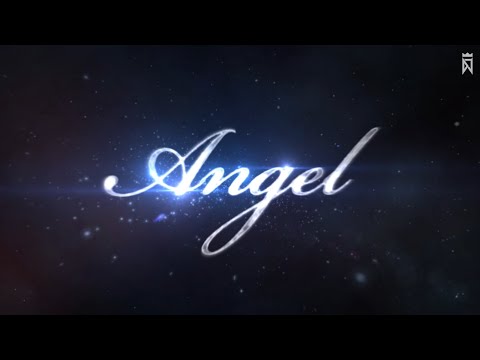 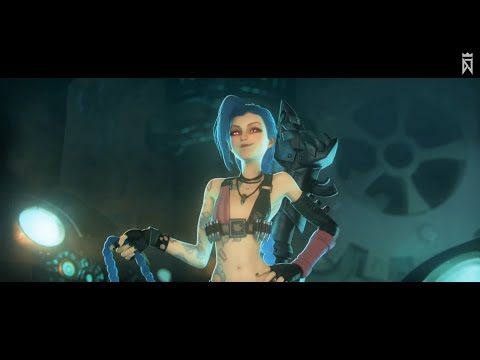 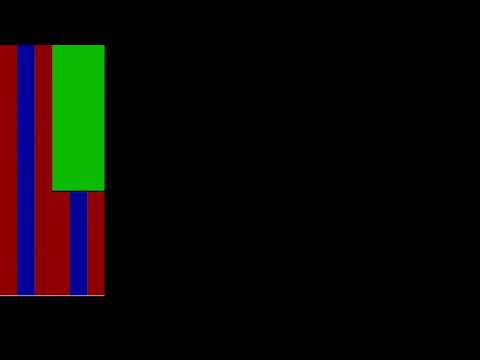 jongizombie
View videos
Steam Deck - Poor Performance in New Update
Game has been running fine on the Steam Deck since I got it a few months back. Framerate has, for the most part, maintain a steady 60fps and was perfectly playable. Ran great at 1080p when connected to my monitor in dock mode. Played it just yesterday with no major issues. I updated the game today with the the new DLC content, and now the game framerate is completely unstable. Framerate during a song, never hits 60fps, but hovers between 40-50 with bad frame stuttering. There's similar framerate issues whe...
29

kiyo21
8 hours ago
General Discussions
question: can i play on both PC and Laptop seperately?
here's what happened: a few days ago, I've purchased a new laptop, and i've already tested a couple things on it. i've connected my steam account on the laptop, tested the audio-quality with a couple of mixes, and I've also practiced a few games on it. however, i haven't tested djmax respect on it yet. i knew there was a bit of copy-protection going on, so i'm unsure if i can play it on the laptop as well. so my question is:

does XIGNCODE3 ban me if i used 2 platforms to play djmax on...
5

DPENGUIN
Aug 6 @ 6:48am
General Discussions
Any way to add lanes for 8 key?
Decided to try out 8 key to see how it is and it wasn't what I was expecting. I thought it would be like going from 4 to 6 where you just have two more lanes to deal with, but it's not, instead I've got a new type of note that take up half the lanes kind of like the side lane notes, which makes playing this mode kind of awkward (it feels like a weird 6 key to me) and I had to do a button configuration that's not exactly comfortable just so I can mentally make a connection between the notes and my fingers. ...
6