Endzone is a post-apocalyptic survival city builder, where you start a new civilization with a group of people after a global nuclear disaster. Build them a new home and ensure their survival in a shattered world, threatened by constant radiation, toxic rain, sandstorms and droughts.
$23.99
Visit the Store Page
Early Access Game
Get instant access and start playing; get involved with this game as it develops. Learn more.
Most popular community and official content for the past week.  (?)
Community Preview #2 - Participate now!
Oct 20

The Community Preview is open for everyone once again! Be sure to check out everything that will be featured in the upcoming update in advance and take part in the development together with us! The last preview really helped a lot, as we could work out bugs, improve the gameplay and implement additions, based on your direct feedback. This guaranteed that the shipped patch was polished even more.
Thanks to the Community Preview Branch, anyone who likes to actively participate in the development can now test the upcoming patch early, give their feedback and help us polish the version in advance.

Everything you need to know about the Community Preview and how to participate can be found by clicking on the banner below.

Thanks a lot for the fantastic support and your enthusiasm for Endzone - A World Apart! Together we have created an incredible game. Let's continue to work together on the game and join in!

Endzone - A World Apart
149
3
Game Discussion and Solution (food)
I am a player from China, and my English level is not very good. This paper is translated by Google translation software, so if there is any mistake in meaning or understanding, please ask me in time. If there is any mistake in understanding the game mechanism, please correct me. In addition, the different playing methods of the game may come from the differences in understanding caused by the regional and cultural differences where we live. The landlord respects all the playing methods, even if some p...
24

妖怪满天星
Oct 16 @ 8:38am
General Discussions
weird sound issue
i just bought the game and installed it for the first time and no sound at all plays, no music, no sound effects, nothing at the menu screen or in game. the volume on my computer itself is turned up, not the issue, and i have the sound volume in-game turned up to 100. i have verifyed the install files, and it came back with no problems. ... several videos on youtube I've watched has ingame sound playing, no idea why mine won't play....
14

Quick Start Guide (A New Civilization Update).
A guide to the basics of Endzone - A World Apart.
53 ratings

Thanks to your reports we could pin a few issues with the new scenario "Garden Eden" and a few other smaller bugs.

- Your Team from Gentlymad & Assemble Entertainment 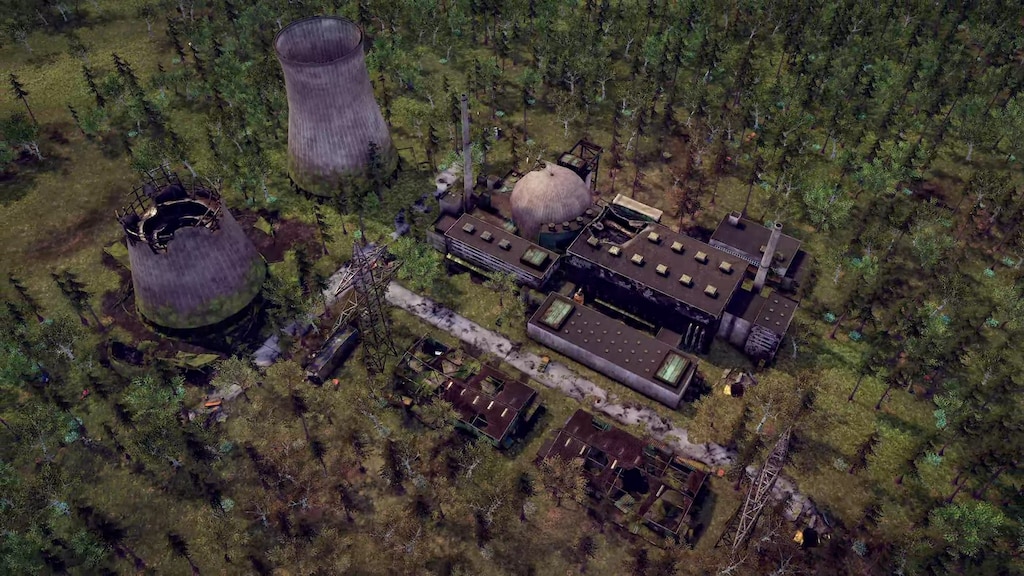 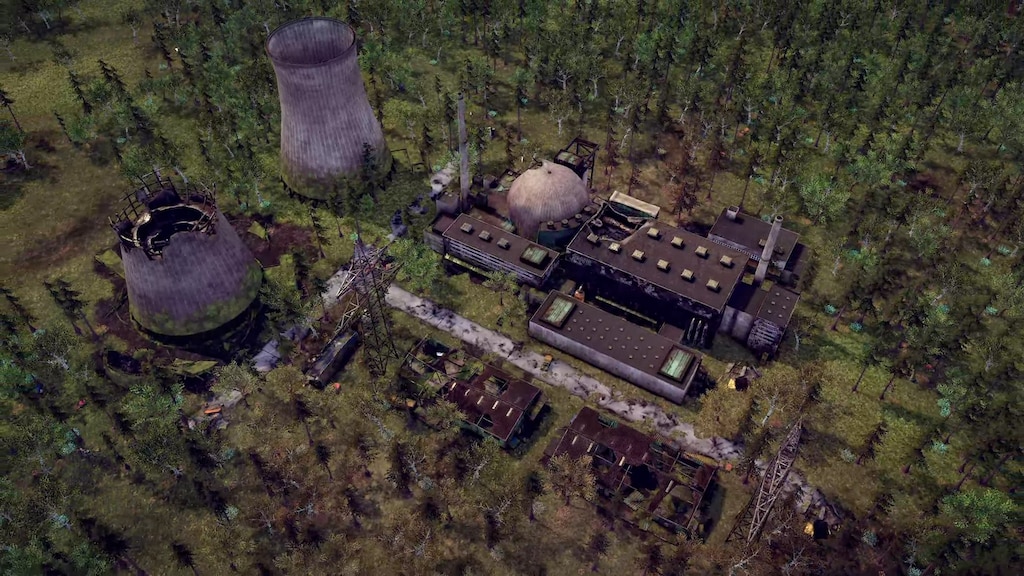 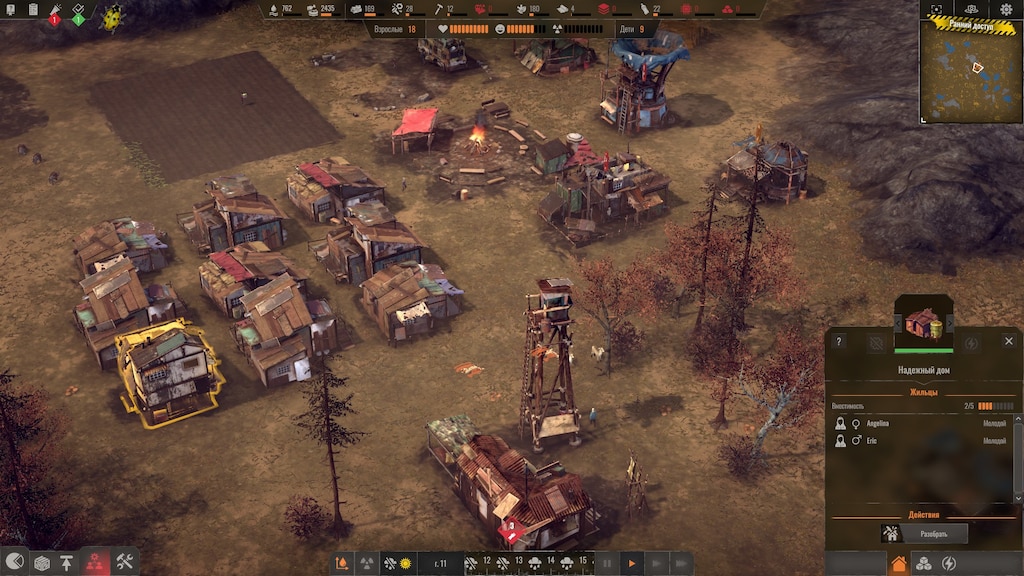 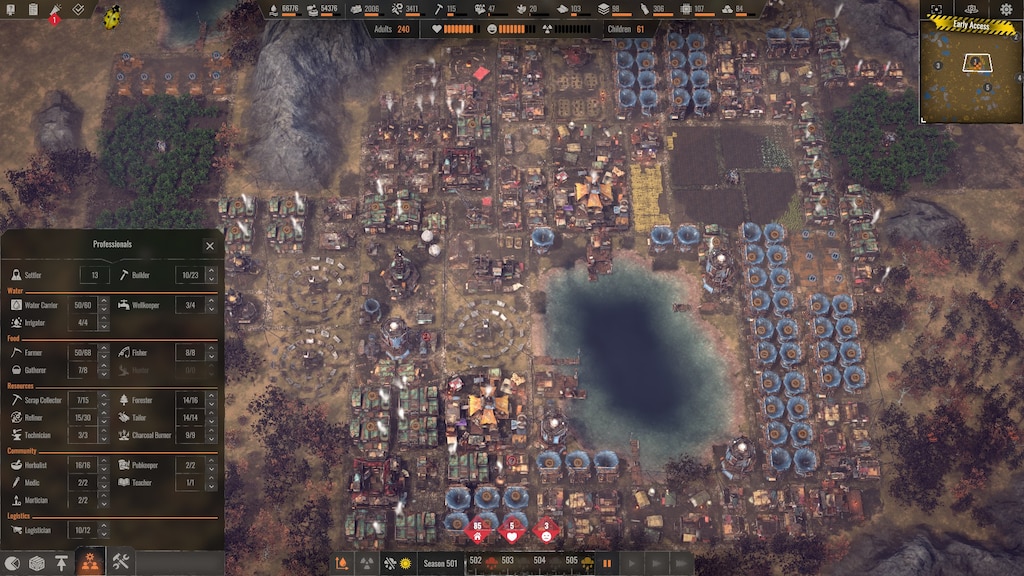 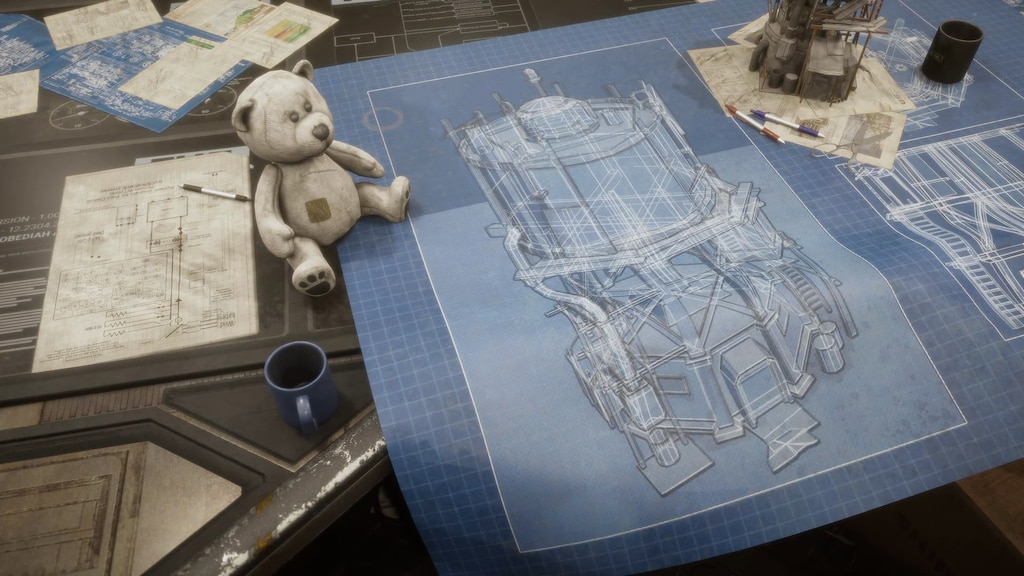 With the seventh update for Endzone - A World Apart, decrees are finally being introduced that allow you to set a direction in your settlement. Through the newly introduced building, the Forum, you will gain access to a new UI, with which you can issue decrees. However, the issuing of decrees is always accompanied by a drawback and must therefore be used with caution. What can obviously help the progress of your settlement does not have to be seen as such by every settler. Dissatisfaction and lack of understanding can be consequences of issuing decrees. On the other hand many decrees are useful to save the settlement from destruction. Your task is to handle your power carefully and with foresight and to keep the settlement alive. The newly introduced Decree-System should give experienced players more control in the late game and help them expand even more while giving new players the option to prevent themselves from losing their settlement due to failure. 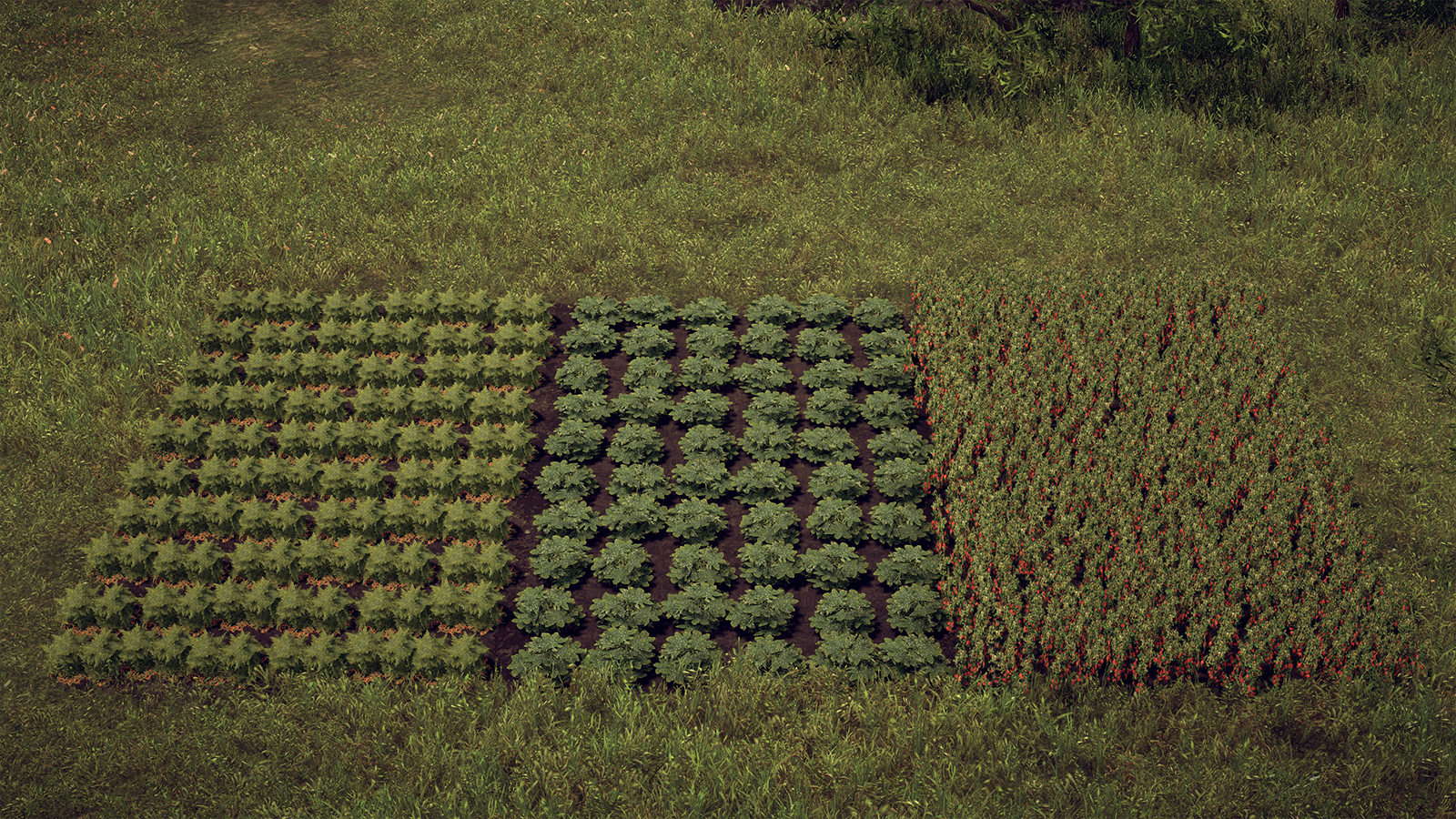 New Seeds in the respective order. 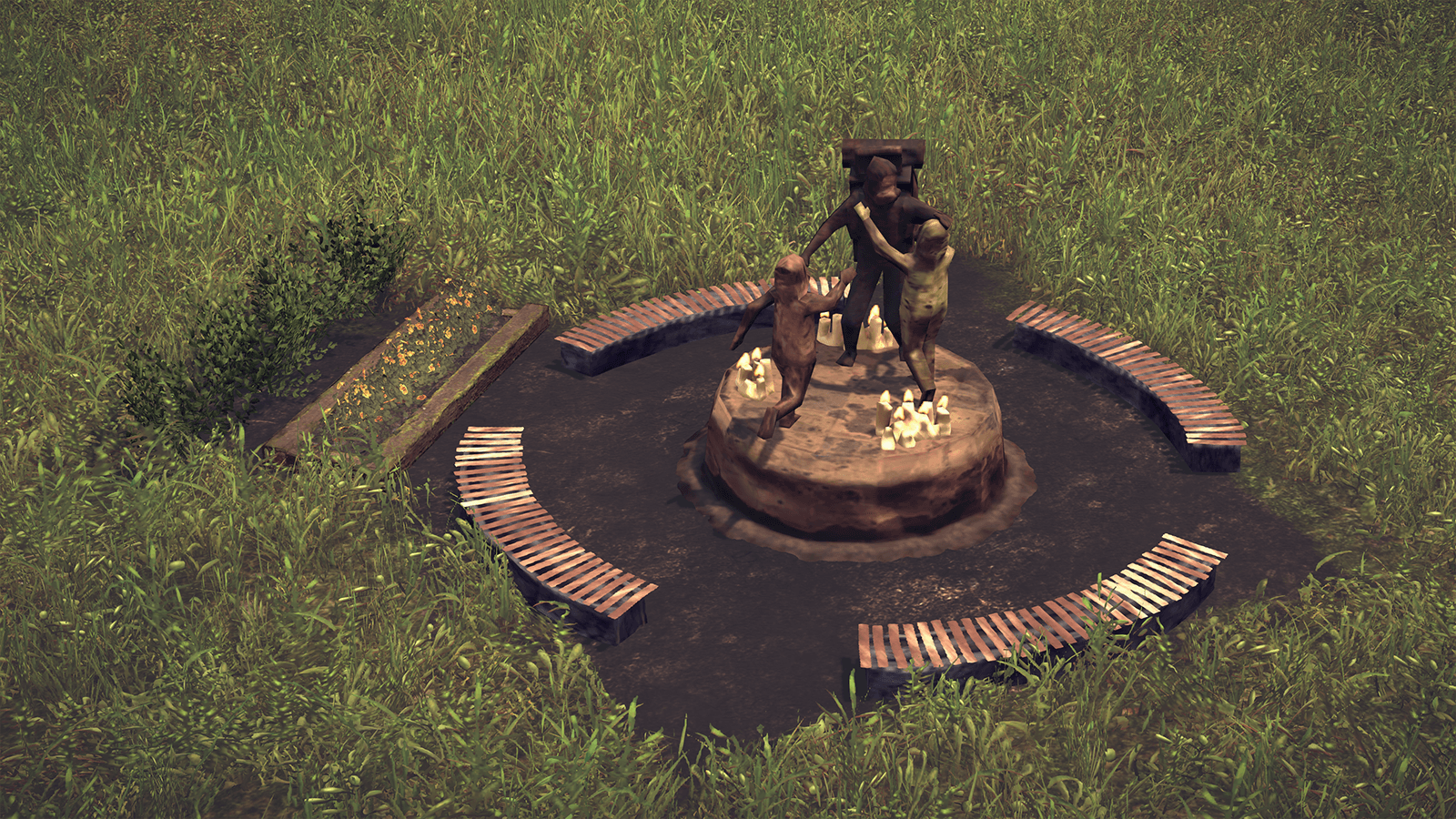 New Decorations in the respective order.

With the help of decrees some processes in the settlement can be slowed down or even stopped completely. Decrees serve to regulate grievances, to lead prevention or to help with expansion. Each decree is provided with a drawback, so that during the execution it should always be considered whether the current malus is bearable. Decrees can be executed in the Forum. 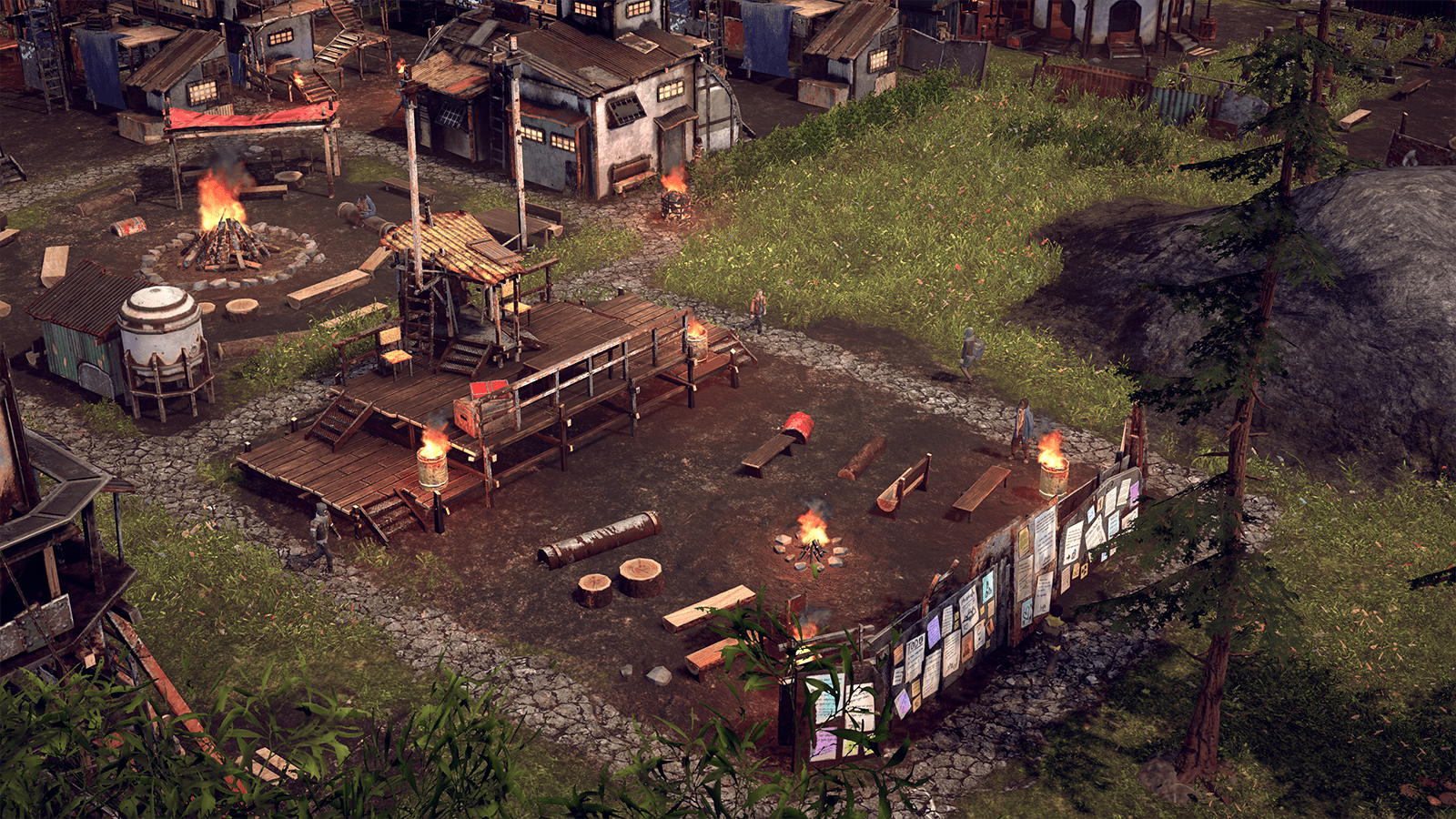 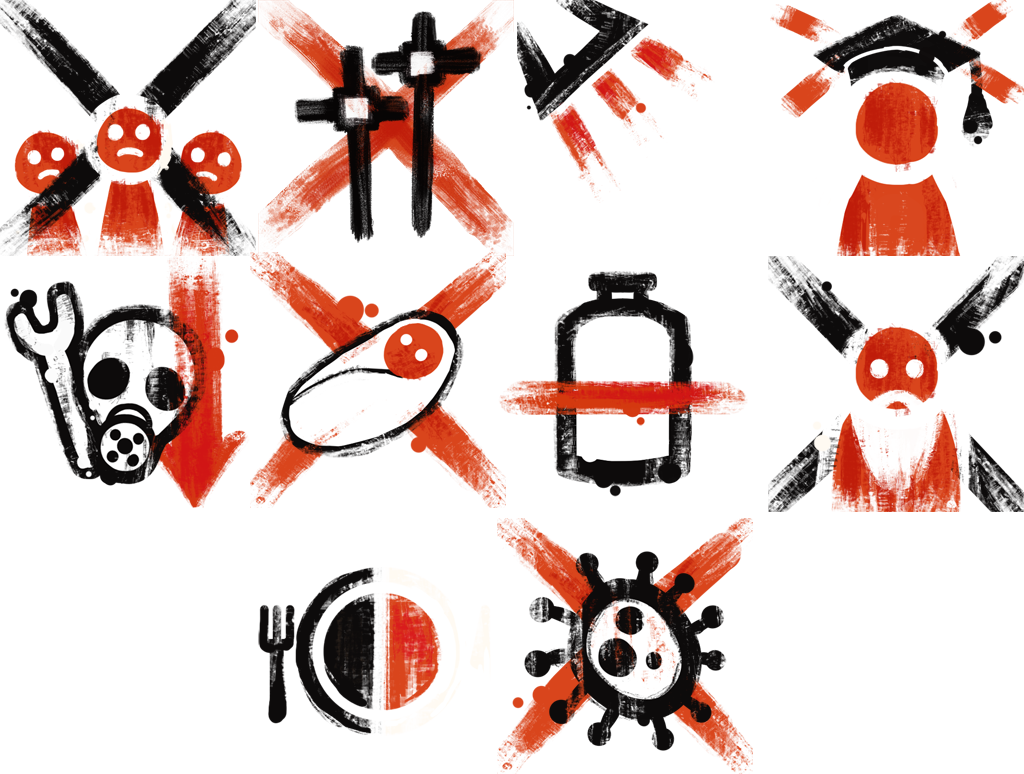 Banish Elderly
Old settlers are banished from the settlement. This lowers the confidence of the remaining settlers by <<amount>>.

Banish Children
Children are banned from the settlement. This lowers the confidence of the settlers by <<amount>>.

Food Rationing
Settlers may only consume <<percentage>> of their usual food. This lowers their confidence by <<amount>>.

Water Rationing
Settlers may only consume <<percentage>> of their usual water requirements. This lowers their confidence by <<amount>>.

Incentive
Settlers are encouraged to move faster than before <<percentage>>. This increases their food and water consumption by <<amount>>.

Diligence
All settlers increase the durability of their tools and clothing by <<percentage>>, but move slower.

Immunity
The settlers' consumption of herbs and medicine increases by <<amount>>. This prevents the outbreak of new diseases. 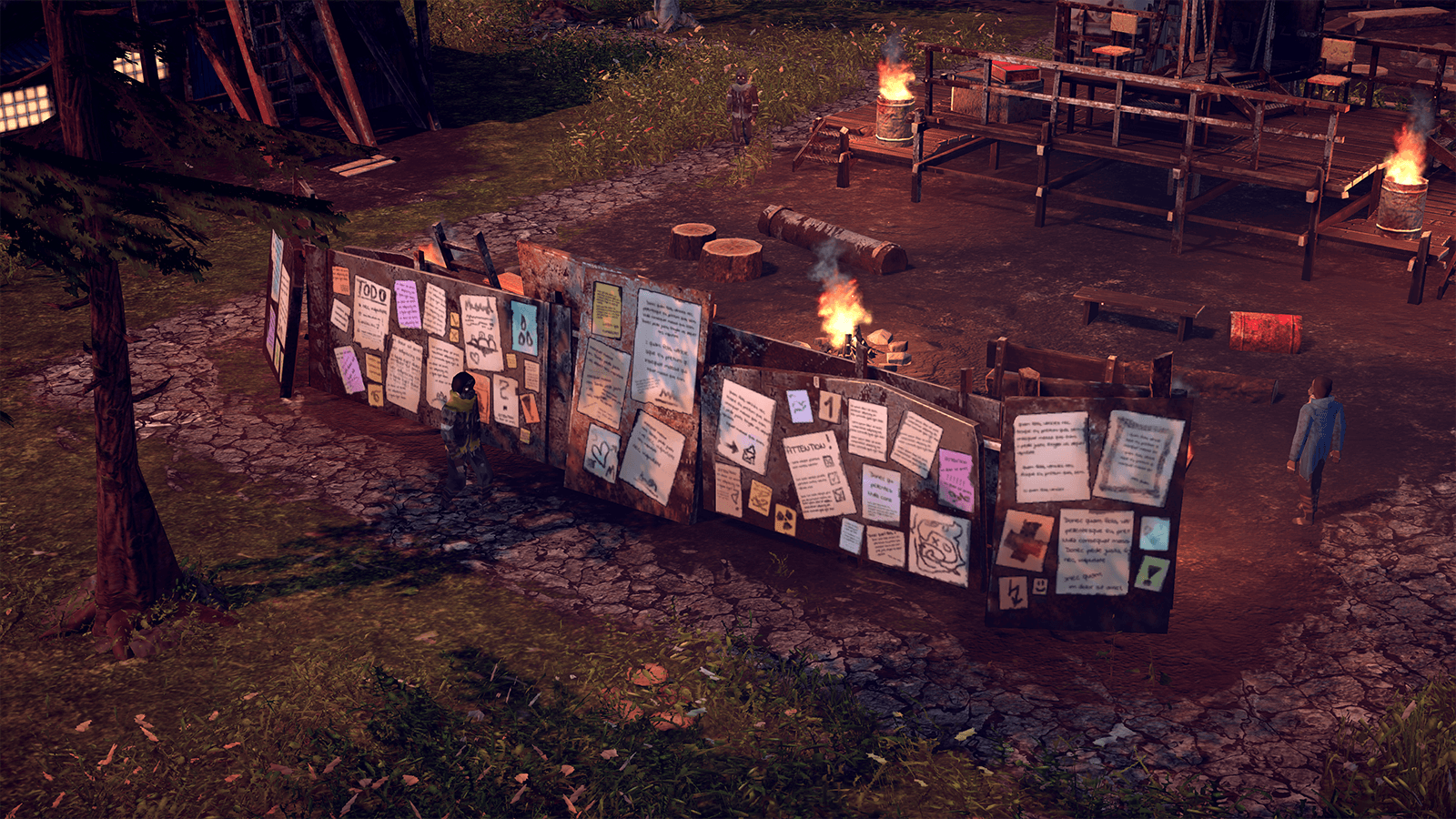 The bulletin board now allows the player to manage missions much easier and not to miss important notifications. Once the forum is established, new missions are placed directly on the notice board and can be selected, rejected or accepted by the player at any time. A certain mission is even exclusively available on the bulletin board and unlocks the pioneer statue.

You spoke, we listened! 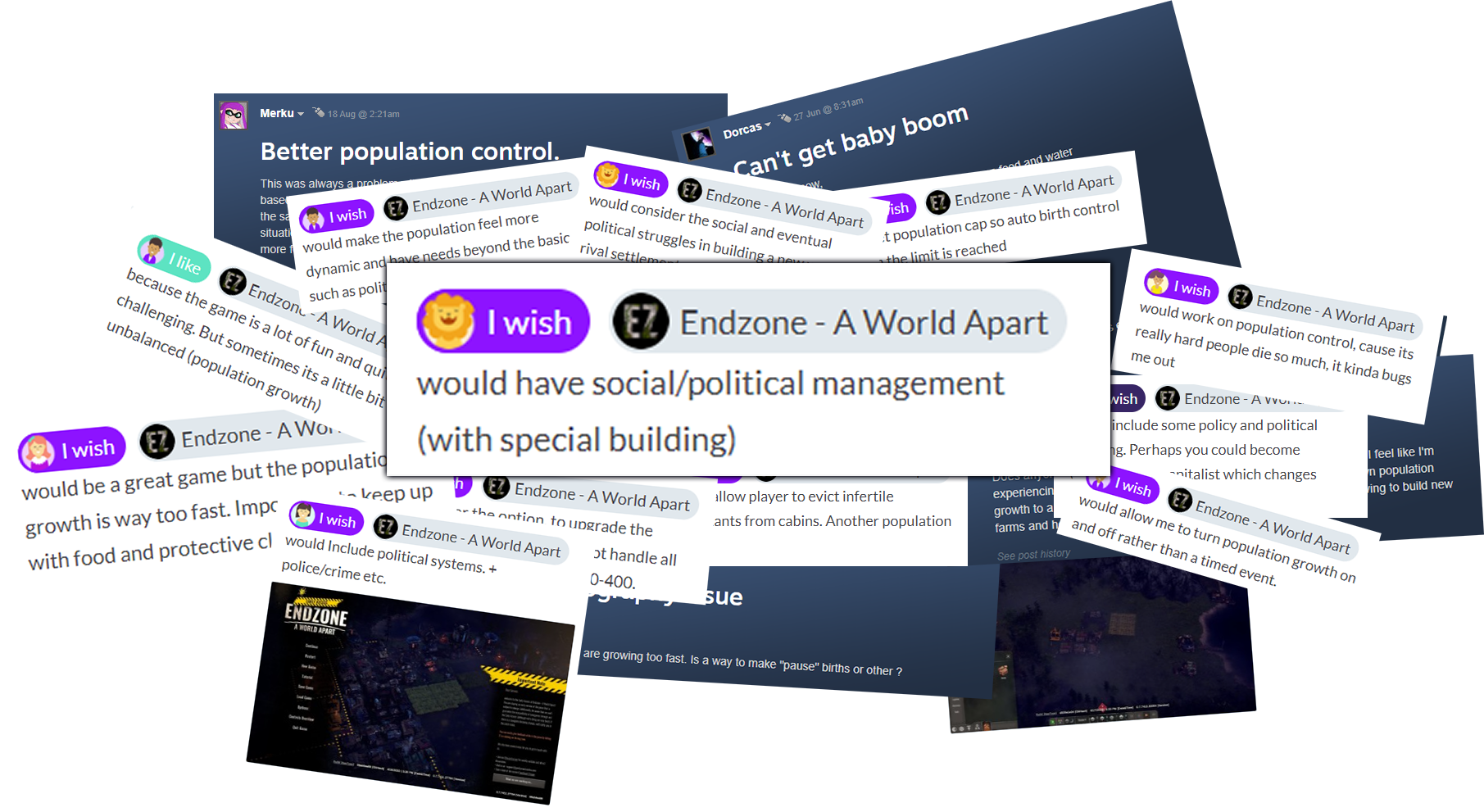 - Your Team from Gentlymad & Assemble Entertainment

We know that there are a few more things we need to address, and we are listening to your feedback. We're trying to address all the important issues in a timely manner and make the game as a whole more understandable and fair. However, it is important to remember that Endzone - A World Apart is a survival game, so we have made it challenging with full intention. 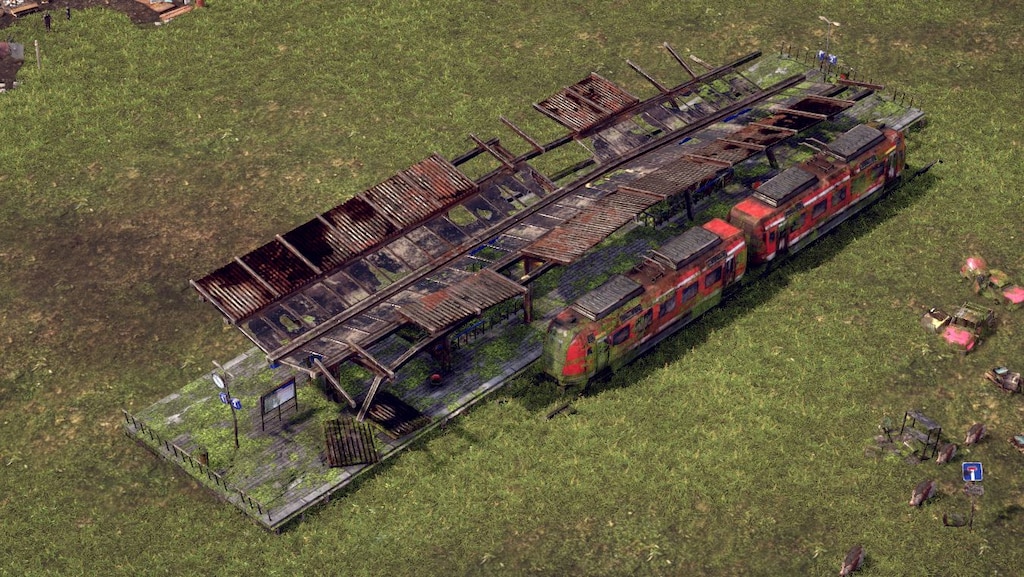 A Quick Guide To Balancing Your Colony
This guide is meant to be a quick step by step guide on how to attain stability in Endzone.
26 ratings 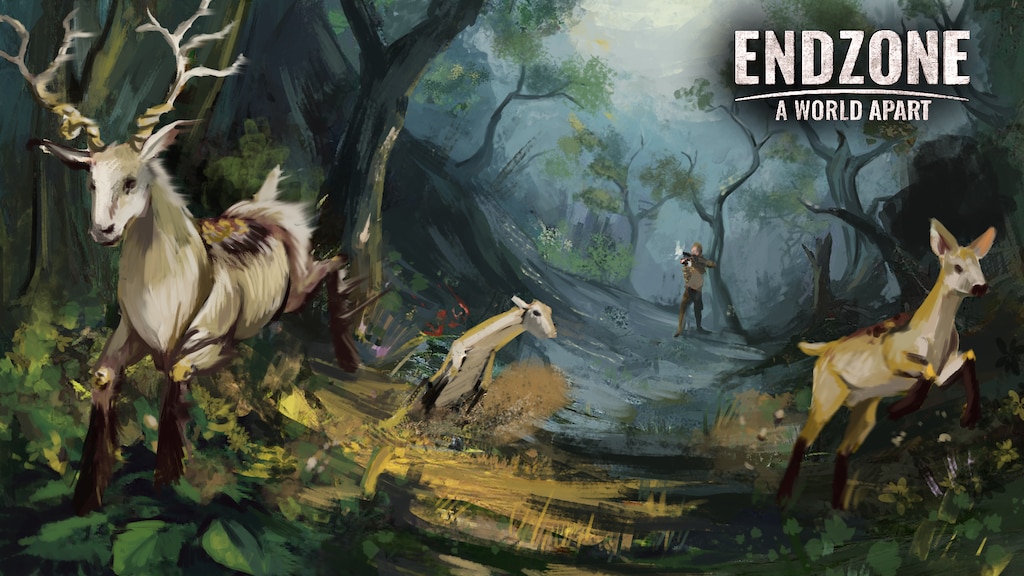 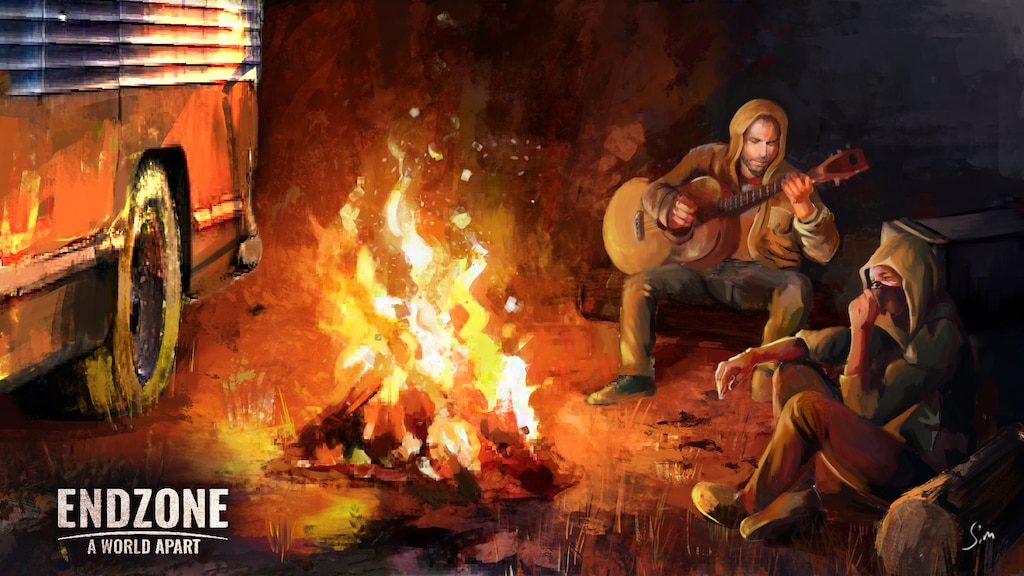 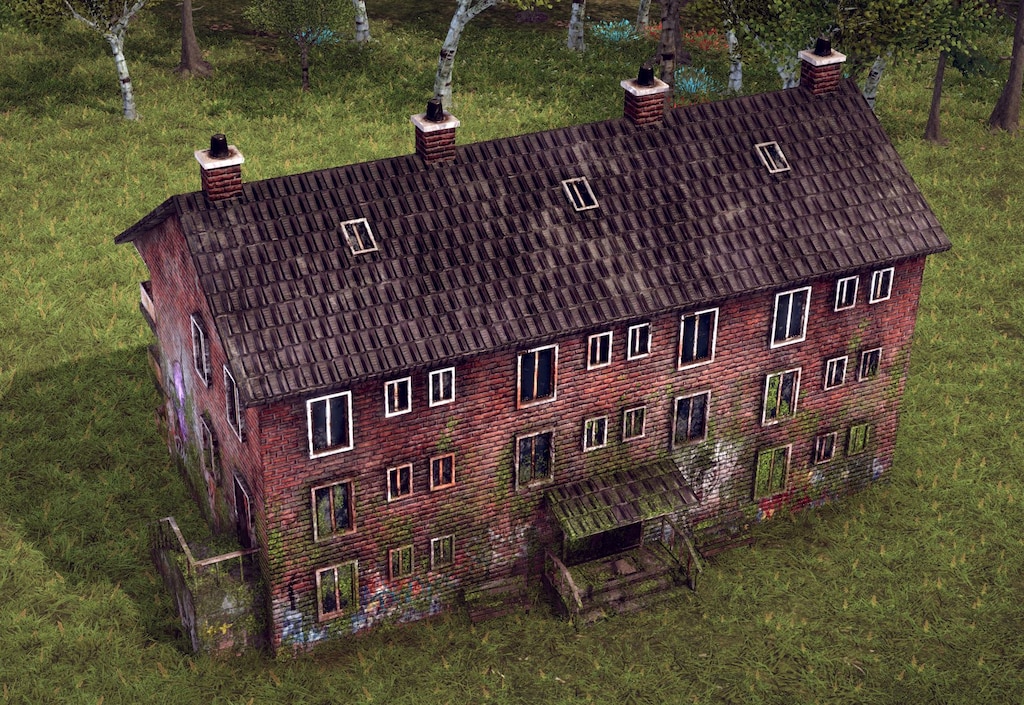 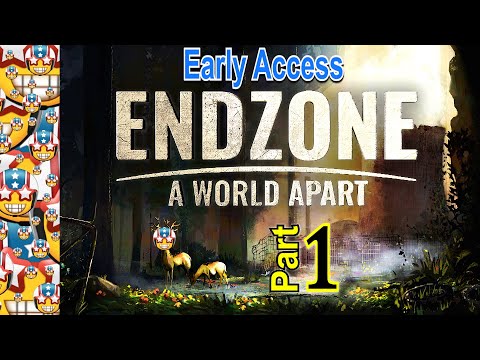 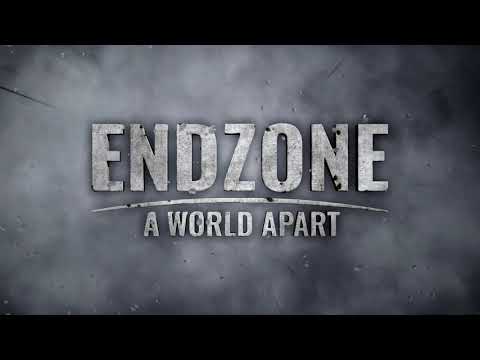 Guide to sustainable colony
Colony dying because of starvation, thirst, radiation? Here some guide to improve it :) 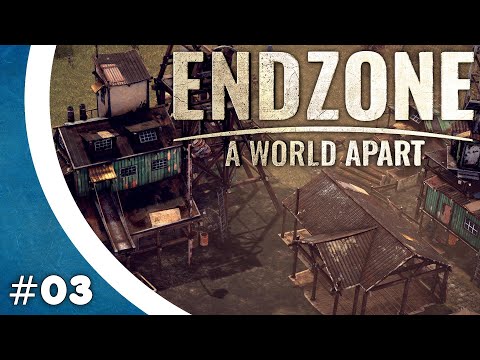 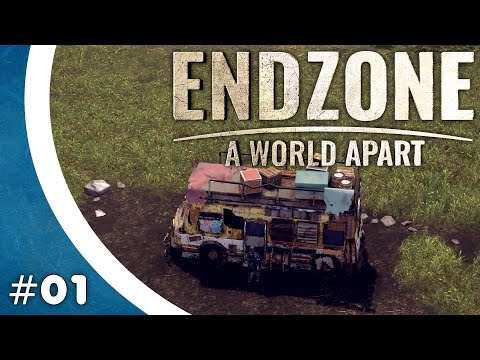 Batprince
17,083 products in account
0
Farming is the only viable food source
Title. I started out in a pretty decent spot, I was happy with it. But I made the mistake of fishing, and gathering, and hunting, instead of immediately planting crops. In a small settlement of 40 people, 30ish of whom were adults, I had 3 gatherers, 3 fisherman, 2-3 hunters, and I've been stuck in a food rut I can't get out of even with farms and orchards because everyone is starving to death. https://steamcommunity.com/sharedfiles/filedetails/?id=2253636797 Everything but the fishing pier is in the up...
25

Recommended
26.0 hrs on record
Early Access Review
Sent some scouts on an expedition to explore some ruins and they reported that there were signs hanging up saying "wash your hands" and "keep your distance" and "wear a mask" - either the developer decided to add these very apt messages in a recent update or this is a terrifying glimpse of things to come...

10/10 - would be petrified again. Learning how charcoal filtration systems work, you know, just in case...

Tutorial Walk Through
This guide is a detailed walk through of the Endzone - A World Apart Tutorial. It includes numerous screenshots, hints and details on how to successfully complete the tutorial

Rijobeth
View all guides
Is low working efficiency intended?
A new community preview is now available and i`m seeing the same worker behaviour for the third game version now. Free settlers continuously switch jobs with professionals, which results in that they just walk back and forth all the time. A person would pick a job, walk to a workplace, do 1 action, and then another person will pick that job, so they will walk to switch places, do another 1 action, and switch once more. While this doesn`t affect long-distance scrapping much, it sure does affect jobs like ...
3 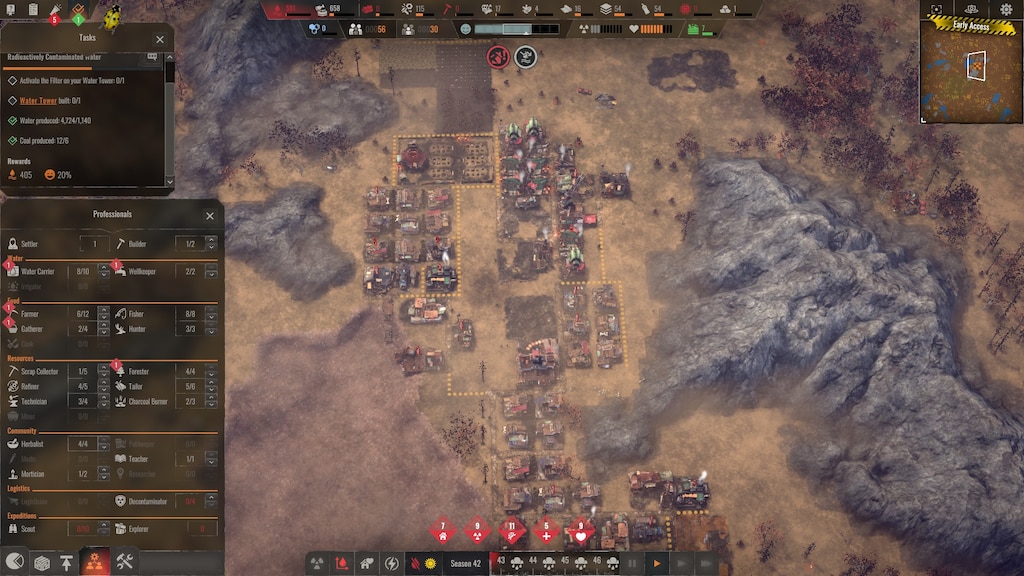 0
0
Medium is to hard for me to manage so next time i will just do low difficulty. Been out of tools and clothes whole game. 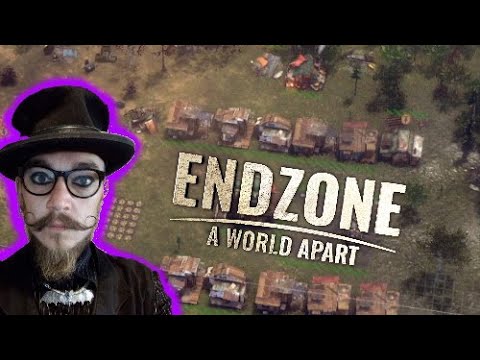 Batprince
View videos
Ask the devs anything!
Hi everybody, my name is Matthias from Gentlymad Studios . As one of the founders and on behalf of the team I just wanted to say hello :) We are all working very passionately to make Endzone the best it can be. As developers we want to meet your expectations and develop a game that meets the needs of its community. So, if you have any questions regarding the development, please just ask us here, on our Discord , [url=https://www....
693

Not Recommended
4.0 hrs on record
Early Access Review
its a good game but when it comes to the drought 3/4 of your people die because they have no food or water
A developer has responded to this review