Relive the American Revolution or experience it for the first time in Assassin's Creed® III Remastered, with enhanced graphics and improved gameplay mechanics. Also includes Assassin's Creed Liberation remastered and all solo DLC content.
$39.99
Visit the Store Page
Most popular community and official content for the past week.  (?)
Русскоязычный топик
найс
156

Chernoknizhnik
Jul 27 @ 4:01am
Player Support
Steam CD key
I bought the game on Steam and normally if a Key is required steam will ask if i need to copy it so i can paste it but its not popping up and I cant find the key anywhere so my game is unplayable.
14 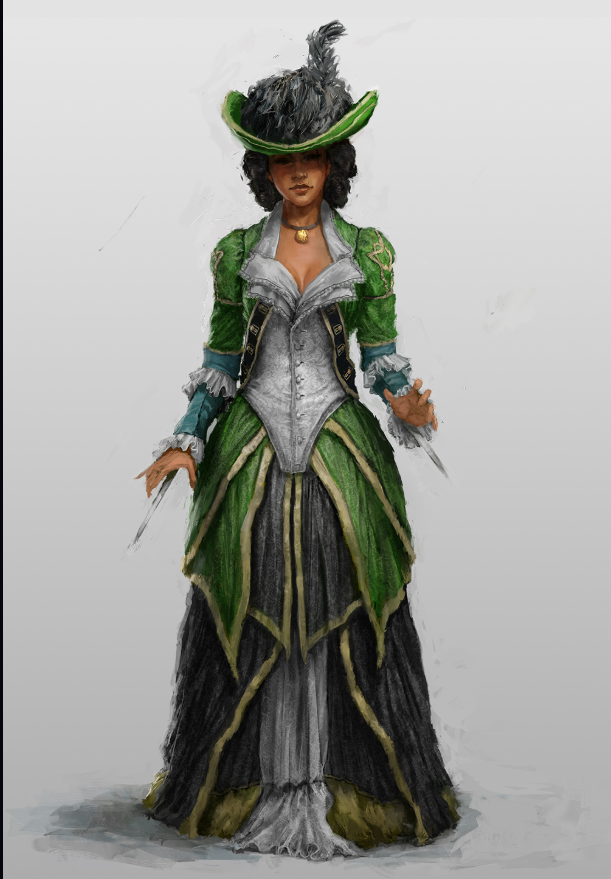 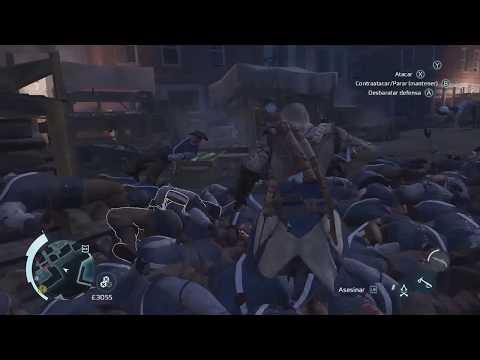 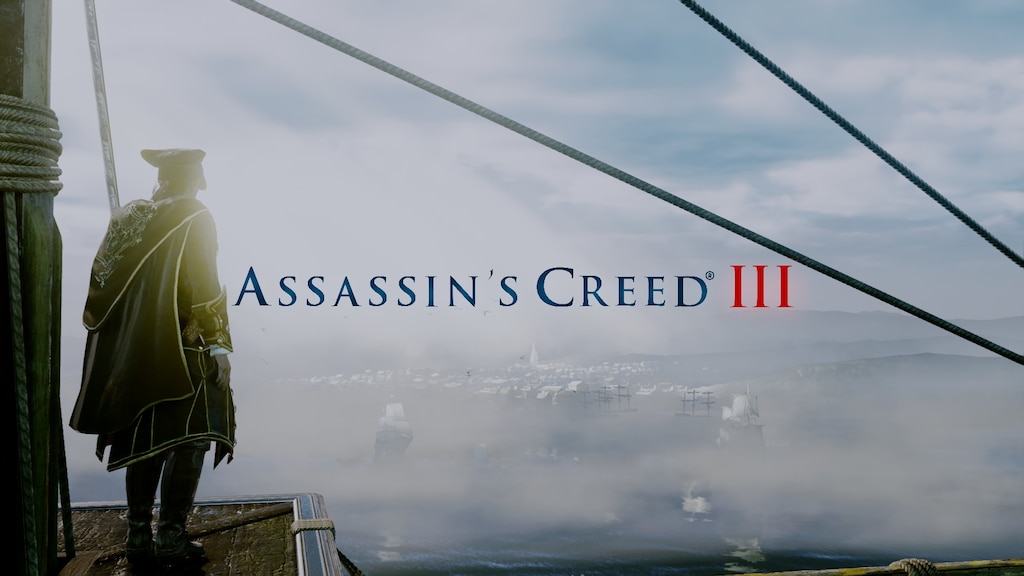 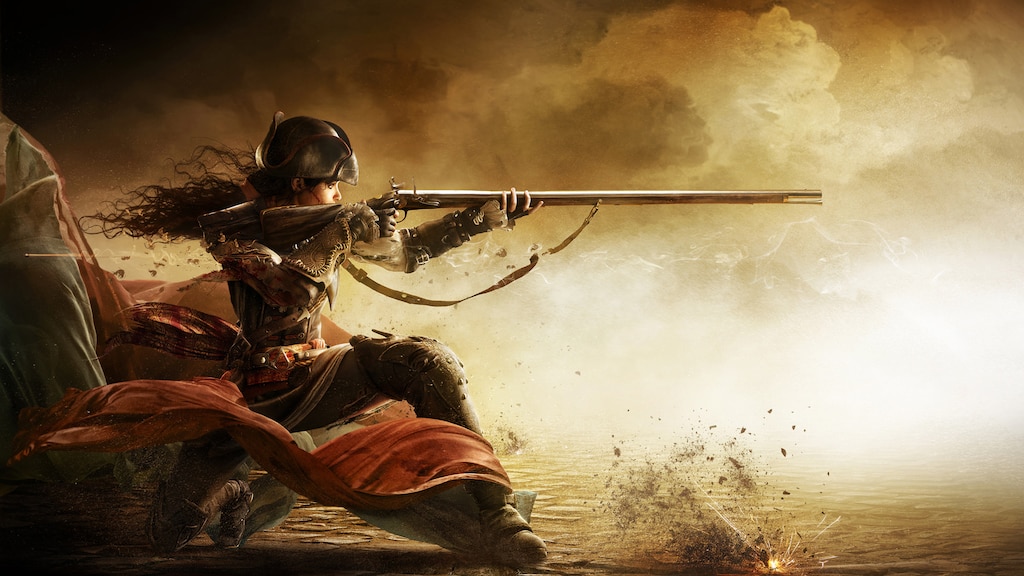 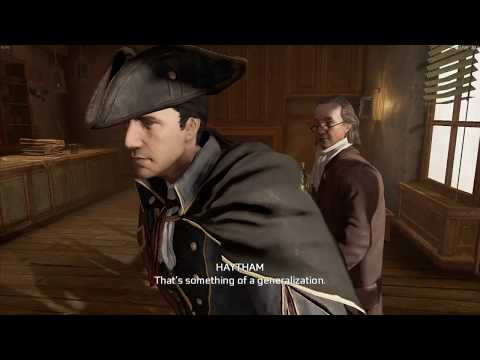 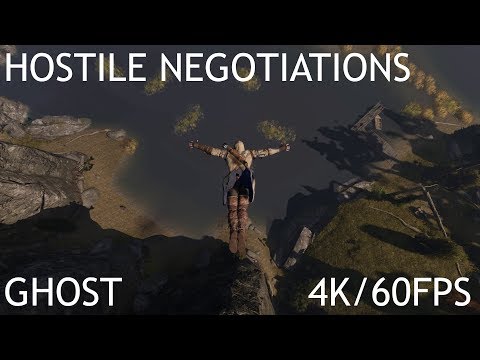 No Intro Fix & Resolution Scaling
Learn how to disable intro videos and how to change resolution scaling to custom values.

Recommended
18.1 hrs on record
its my first time playing 3, graphics are decent combat is huge upgrade from 2, tho story is much worse. Still a good game but some parts of it feels like a drag. final review 7.5/10

Recommended
30.4 hrs on record
Nothing is true, Everything is permitted. 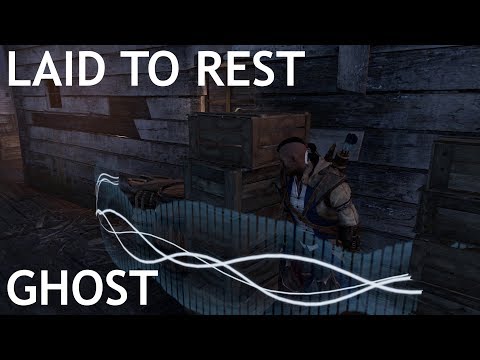 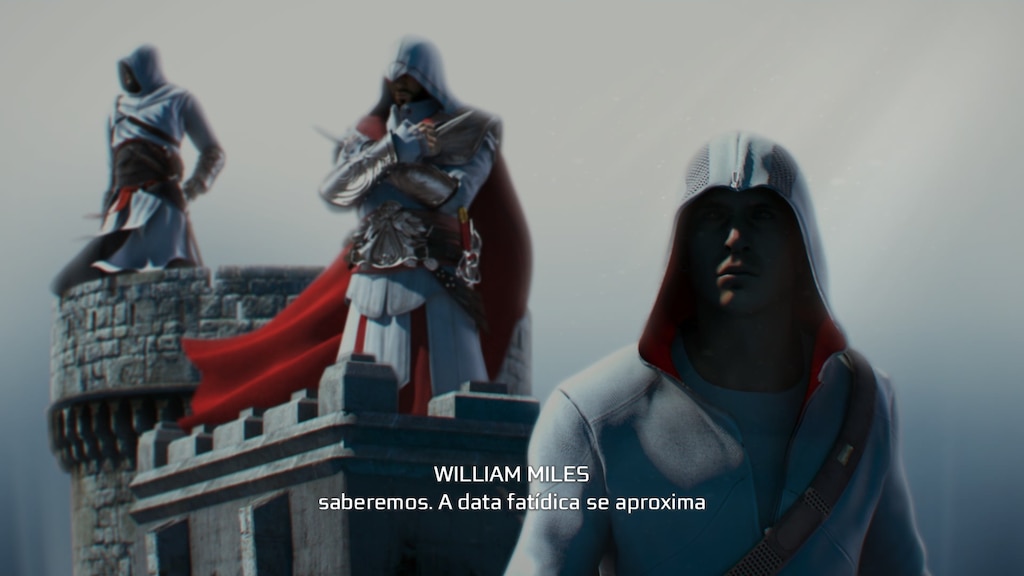 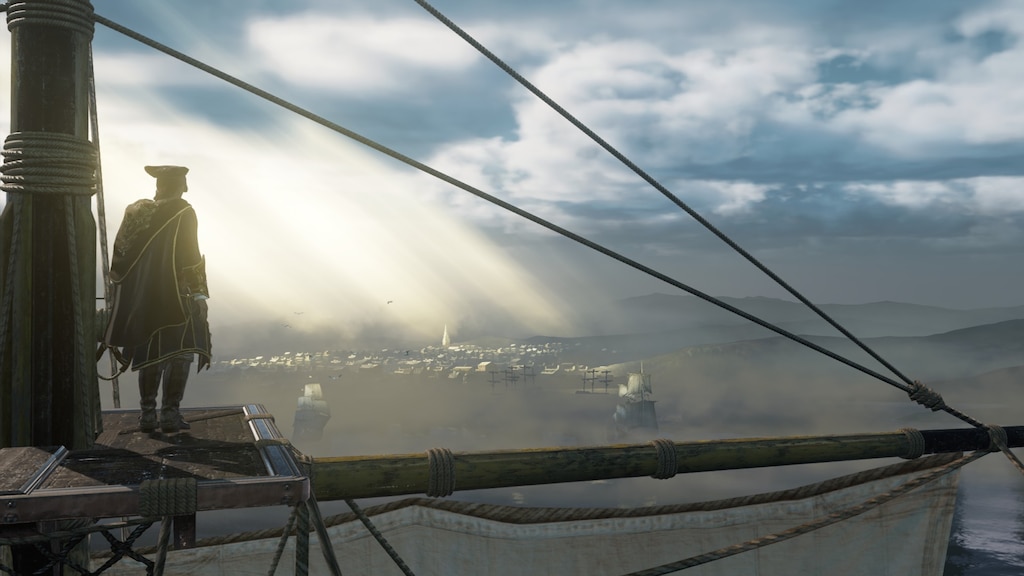 Recommended
6.2 hrs on record
The exciting conclusion to the original Assassin's Creed Trilogy still holds up to this day. Or to be more precise, better than I remember. When I was a kid I couldn't stand the beginning because it took 4 hours before you could even play as the actual main character Connor, instead you play as his father Haytham. Having a better appreciation for the AC lore and story now, I can see why playing as Haytham was vital in setting the game up this way. Not to mention all the modern day parallels with Desmond reuniting with HIS father, William. Their friction kind of mirrors the kind Connor and Haytham face in the Animus's history simulation. And while I already know that Haytham is a Templar, I can see how shocking it must have been for everyone to play the intro sequence and find out that he was a Templar after doing so much good with freeing Indian slaves.

Now onto the gameplay. This is the smoothest experience AC must have had, it had a perfect mix of new and old mechanics but streamlined. For instance holding Legs for Fast Walk automatically makes you push people aside instead of making you accidentally pickpocket them when your intention was to blend into the crowd. Now you hold Free Hand to pickpocket and that's the way it should have always been as it was in AC1. Furthermore, simply holding High Profile lets you free run on even surfaces instead of always having to hold Legs in order to jump so that makes it more smooth to play. Not to mention the Manual Side Hops are in this game so it's nice to have that freedom of expression in parkour, especially with Back Ejects that still let you get more verticality from each successive jump. It's just a shame that the setting doesn't allow for much verticality since the emphasis is now on horizontal movement through tree jumping.

This combat style is also a huge improvement from always having to hold Target AND Block in order to anticipate an attack you can counter. Whenever you're in open conflict, you will automatically target the nearest foe and you can no longer hold block, instead you have to time your counters. Very good options to because you can use enemies as human shields to protect you from gun shots and the Kill Streak mechanic introduced from Brotherhood makes its return, except this time you can't buffer your next kill as early as you used to. Instead you have to time it after a kill. Also ACIII introduced multi counter kills, so when two enemies attack you at once, you can kill them both at once and that makes for awesome combat.

The STEALTH in this game is also a huge improvement with Wall Hugging that is very loose and free to use, along with using tall grass and bushes. This makes for a more authentic stealth experience than previous AC installments where you're always just standing around and awkwardly standing by wall corners fidgeting with the camera to get a view. The wall hug is more immersive and functional. The stealth kill animations are also new and improved compared to previous games. They look more realistic and brutal instead of just clunky and mere functional like they were in the first four games of the series.

All in all this makes for an epic conclusion to the original trilogy, even though what they did to Desmond's character at the end was probably the beginning of the end for the entire franchise. As a side note, if you've read my other reviews regarding HUD-less gameplay, this is by far the best game to play it that way as it now features on screen icons that indicate your destination, and the map works properly where it shows the direction you're facing without having to have the mini-map on. I swear that's a dumb glitch that somehow made it to Brotherhood AND Revelations, glad it's fixed now. Plus the HUD elements actually look slick and clean for once instead of awkward futuristic icons that clash with the historic setting. Now they look like a good juxtaposition to remind you its just a simulation. Too bad I play without it though lol.

Anyways highly recommend as this is mechanically the best Assassin's Creed game, at least in the original trilogy. Storywise, at least from what I've experienced so far, is also the best and a good progression of all that has transpired before hand. 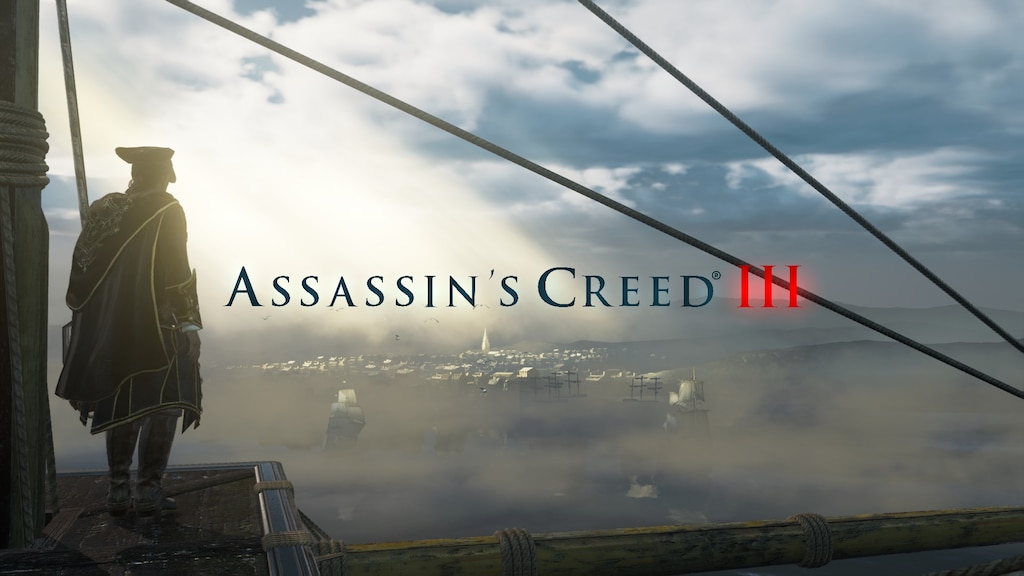 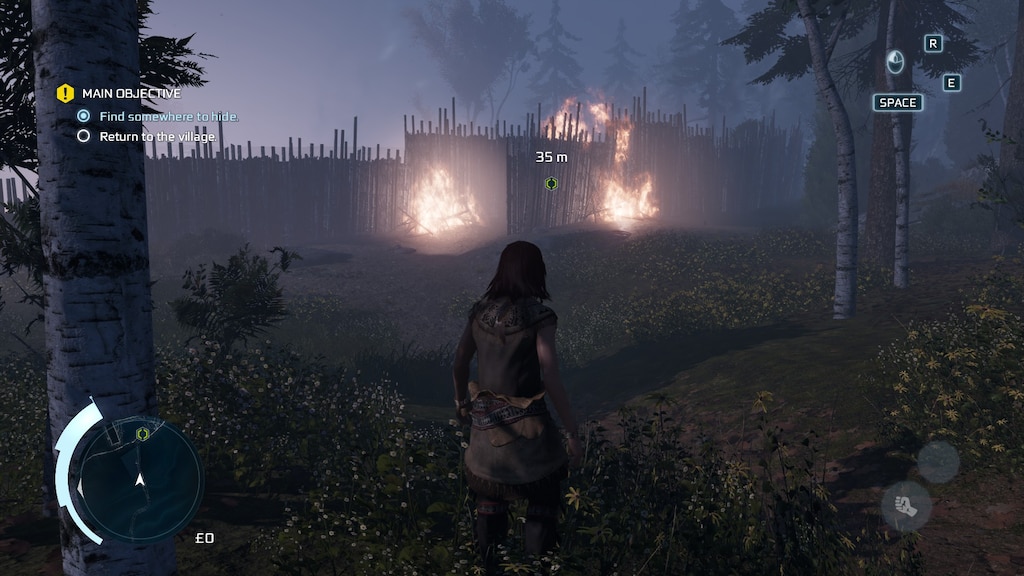 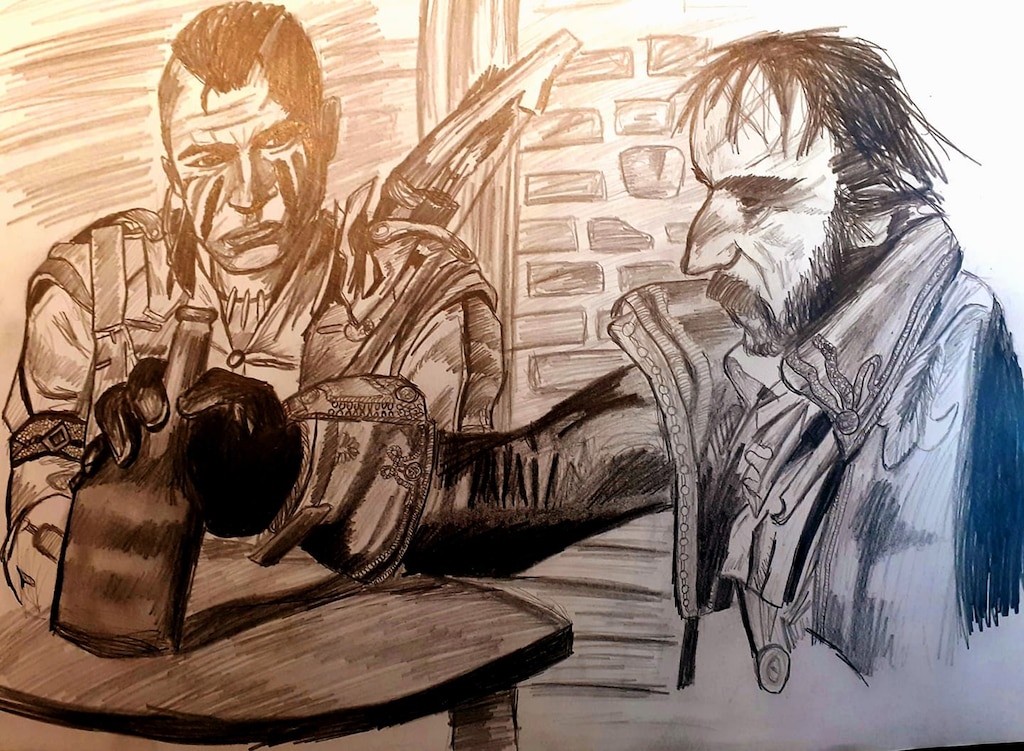 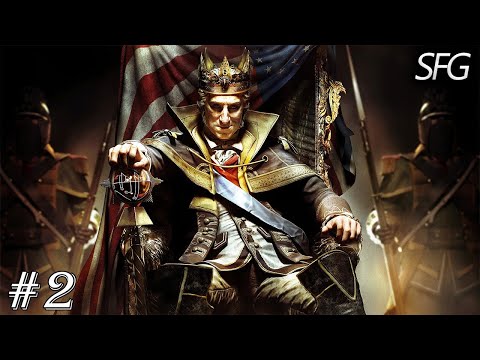 Shelter
View videos
STUPID Activation process of AC3R
To make me download a 100GB game (AC Odyssey) in order to get AC3R activated on UPlay because I received it as an additional addon when buying AC Odyssey is completely and utterly ridiculously STUPID!

Wolvyreen
Jul 6 @ 12:17pm
Player Support
Is it worth playing Liberation?
Hi, So I'm playing through all the Assassins creed games from start to finish for the first time and was wondering if Liberation is worth playing?
5

GameZorg
Jul 21 @ 7:41am
General Discussions
How to turn a turd into a polished turd
Well, this is the Assassin's Creed iteration that has probably put my off the franchise for life. I didn't buy it through Steam because, why would I pay 30+ for what is essentially a really old game and even in the remastered version nowhere near as good a...
7