The modern digital tabletop game for fans and creators! Featuring deep customization and choice, enjoy more immersive tabletop sessions with friends than ever before. Build new rule sets for traditional games, play custom-made games by the community or create your own and share them with the world.
$14.99
Visit the Store Page
Early Access Game
Get instant access and start playing; get involved with this game as it develops. Learn more.
Most popular community and official content for the past week.  (?)
June Update: emissive materials
Jun 29
The June update is here: It brings glowing objects, improvements to editor and snap points, new keybindings, new scripting UI options, and more!

• You can now add Emissive Maps to models in the editor: They work like a regular texture, but emissive colors are not affected by lighting and look like the object is lit by itself. When used without a regular texture or Normal/Extra map, the object is not lit at all, which looks less realistic but keeps colors closer to the original image. The alpha channel of the emissive map acts as a brightness multiplier: when it is lower than 1 (parts of the image are transparent), both the regular color at that spot and the color from the emissive map are multiplied. Erasing parts of the emissive map completely leads to a high multiplier, allowing you to make parts of the object glow!
• Cards and multistate objects have a switch in the editor to make them emissive, effectively switching off lighting for them
• Add buttons in the card editor to increase or decrease card index by one
• Add buttons in the card editor and snap point editor to apply tags to all cards
• New options for snap point rotation: snapping upright or upside down without further rotating the snapped object
• Add keybindings for rotating the camera (not set by default)
• Add keybinding for toggling drawing mode (by default "I")
• New rotation option for taking objects out of containers: in addition to default rotation and container rotation, you can now select "Flipped" in the container properties
• Improved network traffic for smoother play on slow connections
• "Rotate thumbnails" setting now affects container explorer as well
• The object coordinates window now allows arranging object into a hexagonal grid
• Scaling Gizmo now scales uniformly when uniform scaling is active in the object coordinates window
• Add keybindings for HP Reverb motion controllers
• A new option in the advanced interface settings allow you to change the behavior of the Flip/Upright key (middle mouse/F) when holding a group of objects: instead of flipping or turning to their default rotation, align all held objects to the rotation of the grabbed object
• Flip order of cards in the stack explorer when the inspected stack is face down, so the first card in the explorer is always the card at the top

Scripting
• Add new `PlayerPermission` class and use it in the play methods of `Sound` to determine for what players a sound is played, and in `UIElement.players` to control which players can see a UI
• Add `UIElement.presentationStyle`, allowing UIs to automatically align to the camera or to be shown directly on screen
• Add new parameters to `GlobalScriptingEvents.onScriptButtonPressed` to indicate whether modifier keys (Shift, Ctrl, Alt) were held while pressing the button
• Return whether a line was added successfully on `GameWorld.addDrawingLine` and `GameObject.addDrawingLine`
• `World.getTableHeight` did include ground objects (in addition to just the table) in the height calculation

Fixes
• Object Coordinates > Arrange Grid > "Keep rotation" function is reversed
• Blindfolding was allowed while editing a template in preview mode
• Autosaves were generated while in main menu
• Physics for tables with custom colliders could get activated when loading a state in-game
• When changing the back image type for cards in preview mode, the card wasn't updated visually. Sometimes this could also happen in the editor.
• Loading stored camera setups in very quick succession would cause a wrong result
• Pressing "Save as new" for a new template resulted in an error
• Player rotation could remain snapped when changing the snap angle setting in-game
• Since the last update, cursors of other players were hidden when in screen cursor mode
• In some circumstances, zones did not prevent snapping or hide cursors on clients
• Cards with square shape could show slight ghosting of the back image on the front
• Fix a crash related to accessing online URLs from scripts
• Held dice and other clumped together objects could knock over other objects at low hold heights
• Clients changing object descriptions did not have an effect for other players 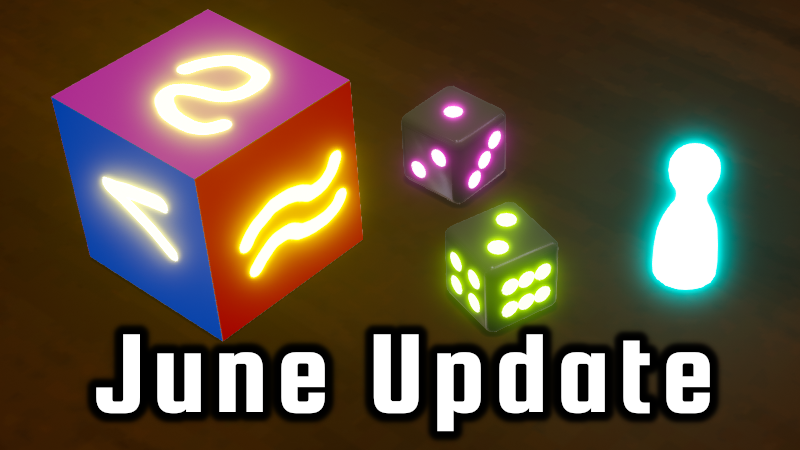 These new updates we've added are just some of the many features on our early access development roadmap for Tabletop Playground, which you can check out on our Trello HERE[trello.com].

Don't forget to join our community Discord[discord.gg] to chat with the dev team and give us your suggestions for new features for the game!

Tabletop Playground
40
1
Quick minor general feedback
Got a little bit of time to try TT playground again and a couple of initial pain points I thought would make good suggestions: Snap grind creator: It's a bit daunting to have to manually type numbers like 5.1,5.2,5.3....etc to get things tuned it would be much nicer if these where sliders or at least had up/down arrows on them or had mouse wheel/arrow key capture to increment....etc basically anything that would let you nudge values around to tune them. Board size creation: It would be handy if there wa...
9

chaos.drop
Aug 4 @ 2:19am
General Discussions
Feedback- Materials, Textures, Workflow
I have some feedback about materials, textures, workflow and the creator side of things. Sorry if the post is a bit long! If there is somewhere else to post this let me know. The formatting on this makes it hard to read (no Bold text or bullet points etc) I am an environment and lighting artist in the computer games industry. I really like the fact you have switched to Unreal as it's my preferred game engine, it's just so much easier to use and easier to make things look good from an artist point of vie...
6 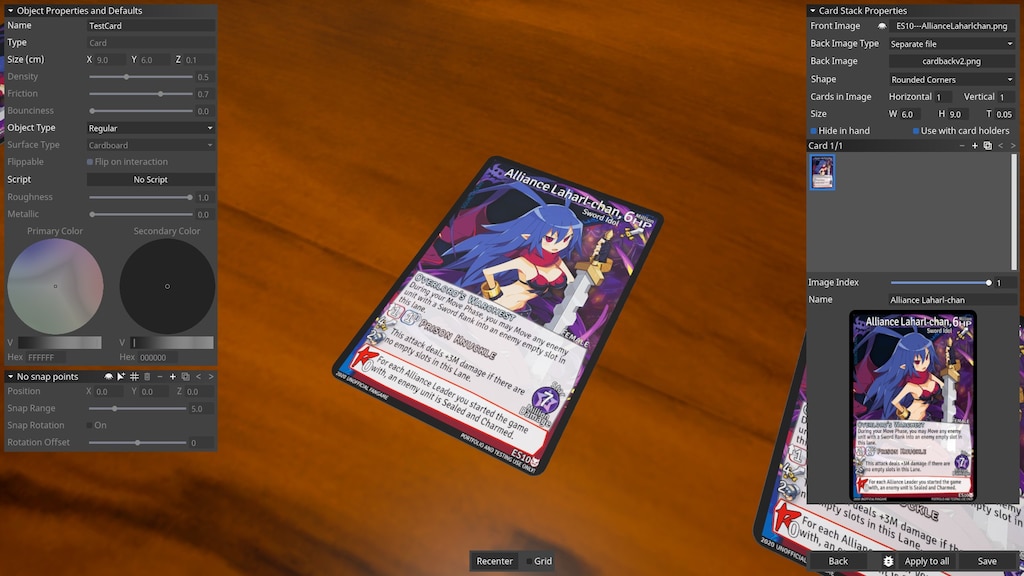 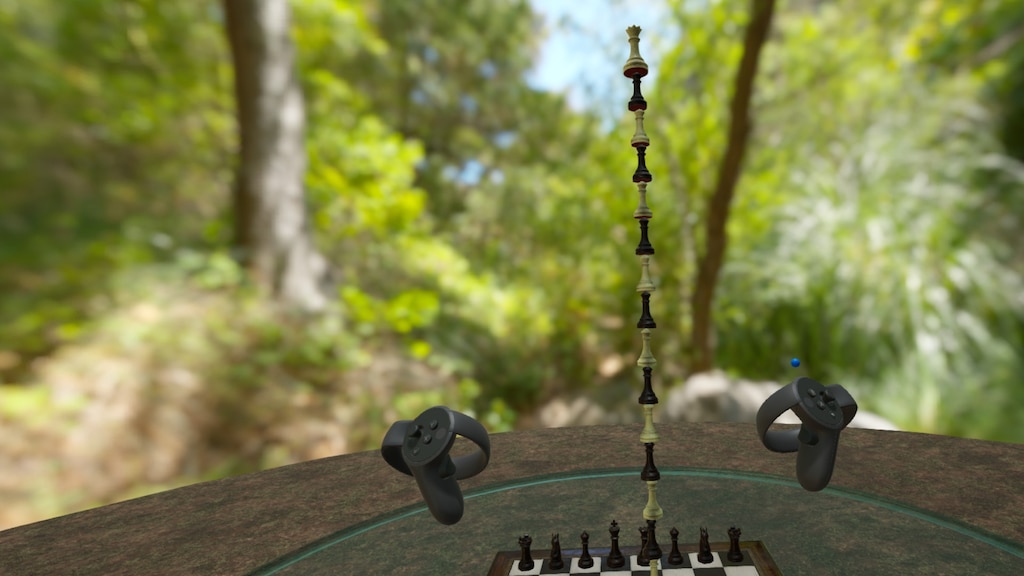 Tabletop Playground API Primer
A simple primer/guide for those coming from modding TTS. 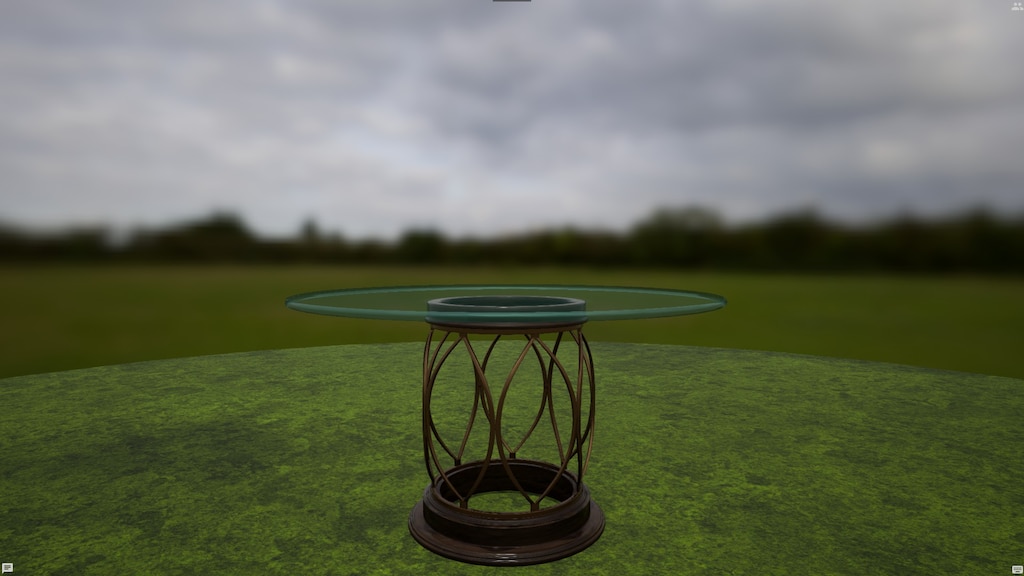 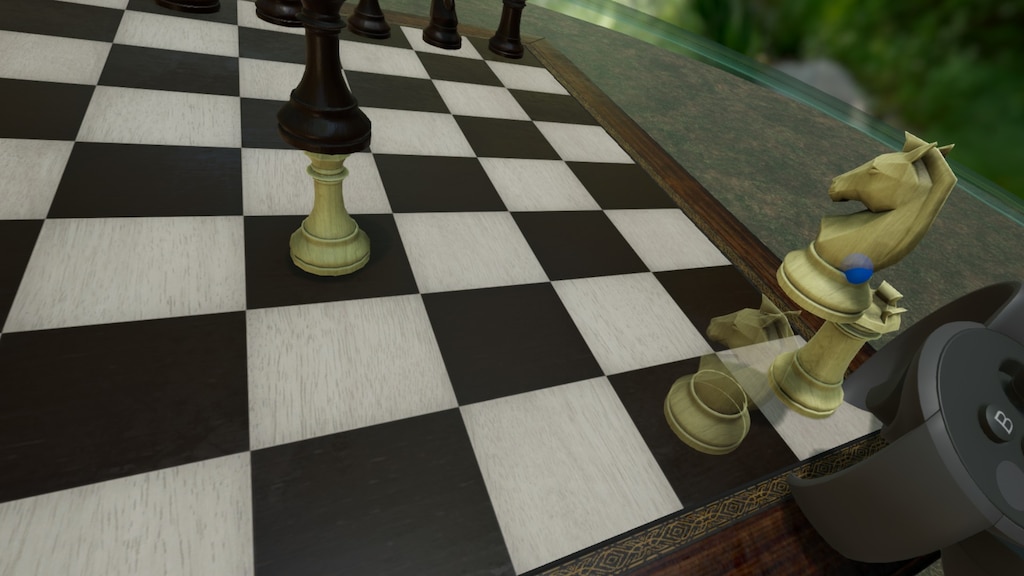 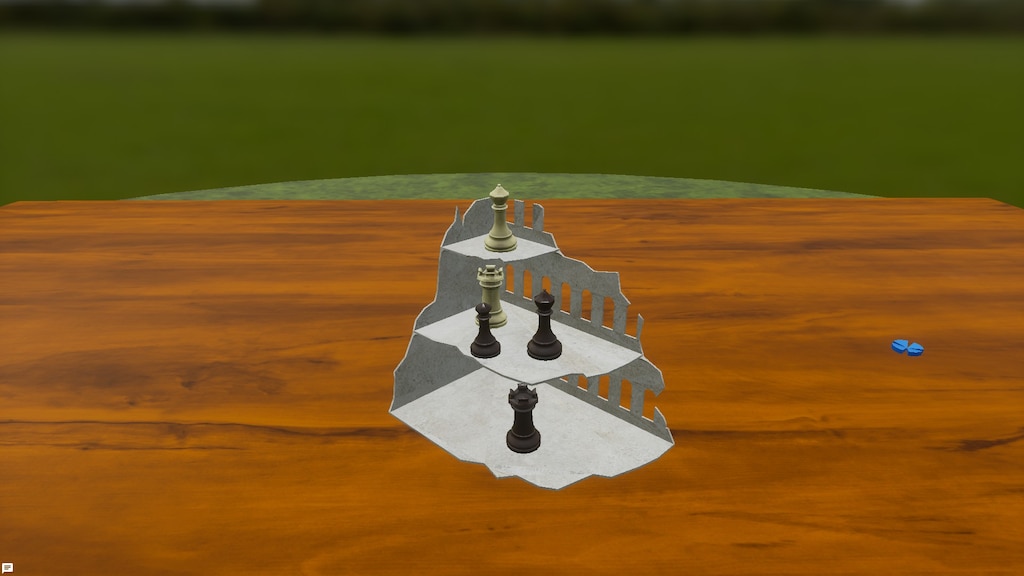 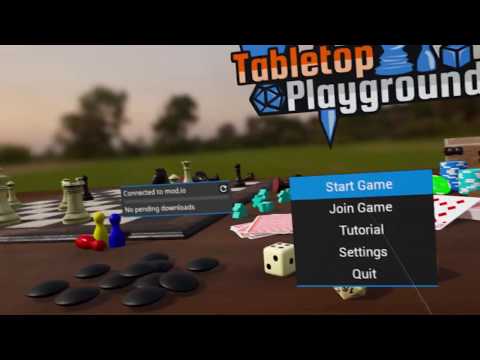 UI Functions
The 3 in-game tutorials and the Settings page already have a lot of meat in them, but there are probably more functions out there that aren't documented yet. I'll try to list everything I discovered here; if you know anything that isn't here yet please lea...

Finaryman
Aug 7 @ 1:27am
General Discussions
Really dumb newbee Q
How do I actually play classic card solitaire? I was working on setting up my game, and decided I'd just bring in a deck of cards out and play solitaire as a quick break and realized I couldn't because the cards always snap to each other. At first I was like, oh right, there's a right-click -> properties option for snapping, but that didn't seem to do anything. So I then looked through all the options/settings/session/player menus a couple times looking for a way to just globally disable snapping for a ...
2

chaos.drop
Jul 27 @ 10:11am
General Discussions
Steamworkshop planned ?
I think it would be better to be able to install mods from the get go from the steam client.
19

Recommended
2.0 hrs on record
Product received for free
Early Access Review
You can play many things as long there is another person to play with.