SEGA’s critically-acclaimed entry that started a legend. Become Kazuma Kiryu, an up-and-coming yakuza who takes the fall for the murder of a crime boss, only to emerge from prison ten years later to a changed world. Remastered from the ground up, now in 4K and uncapped framerates on PC.
$19.99
Visit the Store Page
Most popular community and official content for the past week.  (?)
Bug Reporting Thread – 19 February 2019
Hi Yakuza fans, We’re so excited to bring you Yakuza Kiwami on PC, and we couldn’t have done it without your continued support. So a big ‘arigatou gozaimasu’ to you! As always, we’ve worked hard to make Yakuza Kiwami on PC the best experience possible, but sometimes bugs go into hiding, unsquashed. If you run into any issues, please report them IN THIS THREAD along with your system specs (dxdiag is your friend and ours). It helps our QA teams find everything in one place and spot buggy trends, ...
908 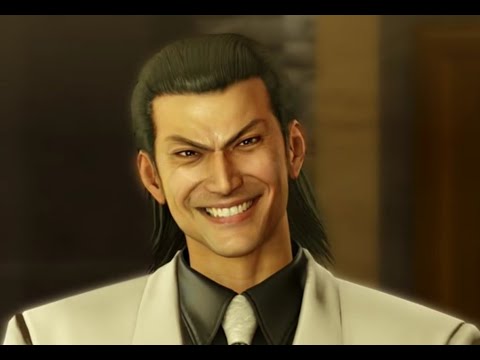 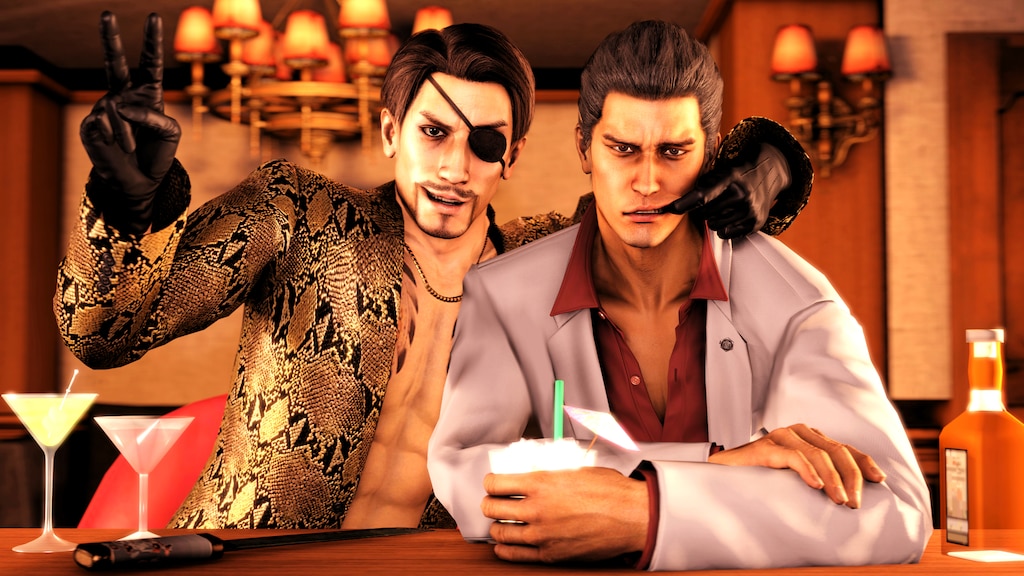 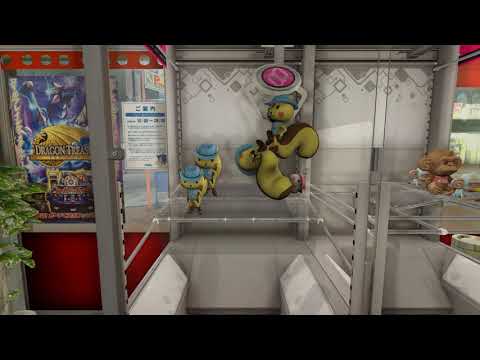 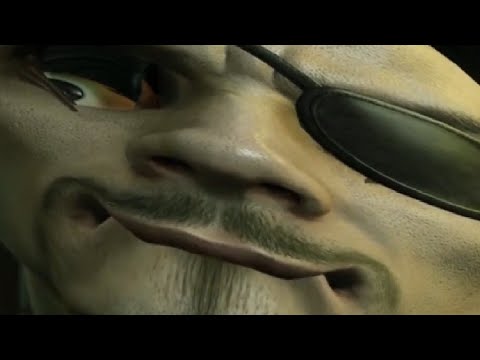 1
1
Yakuza Before And After

Mr.Ronald
View artwork
How often on sale?
How often do the yakuza games go on sale? I'm absolutely loving yakuza 0 right now and I want to play all of them, but all together they are quite expensive.
3

Recommended
22.9 hrs on record
Damn.. What a game! Yakuza Kiwami was my first Yakuza game and I'm glad I started here. It's an excellent started to the franchise.

A great and interesting story, with memorable characters and a fun combat system and good gameplay in general!
Based in Aurochs Japan, Yakuza exists of a small but filled district that has a lot to do and explore with a perfect ambiance.

Yakuza is a great remake with graphics that hold up quite well and look amazing. Just wandering through Aurochs and taking in the ambiance is fun on its own purely because of how good it looks.
The main story will take you around 17-18 hours to complete, but there're tons of extra stuff to do. From really well-made and fun side quests that have a good amount of humor, to collecting and seeing everything.

The only thing I didn't like where random encounters on the street. The combat system is the center of the game, and is fantastic but those simple fights you randomly encounter on the street are just to easy and happen too often to be fun. I wish those could be turned off.

To sum up, this game is great and I highly recommend it. Especially as someone who is into the whole Japanese culture, this game made me smile just walking around and talking to people. 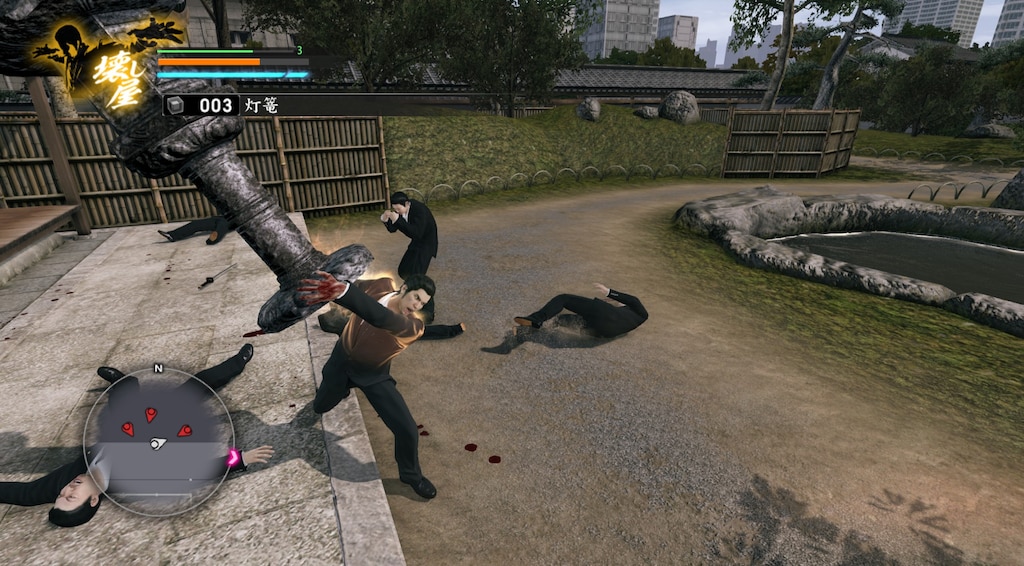 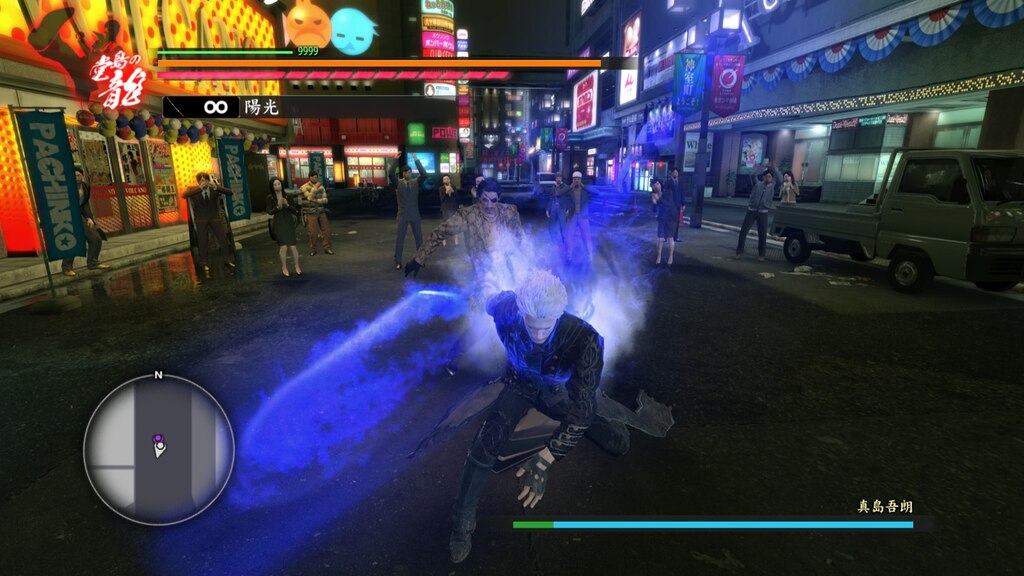 Yakuza Kiwami Amon/Finale Legend save files
A premium adventure save file for fighting Amon and a save for the finale on legend mode, just for fun 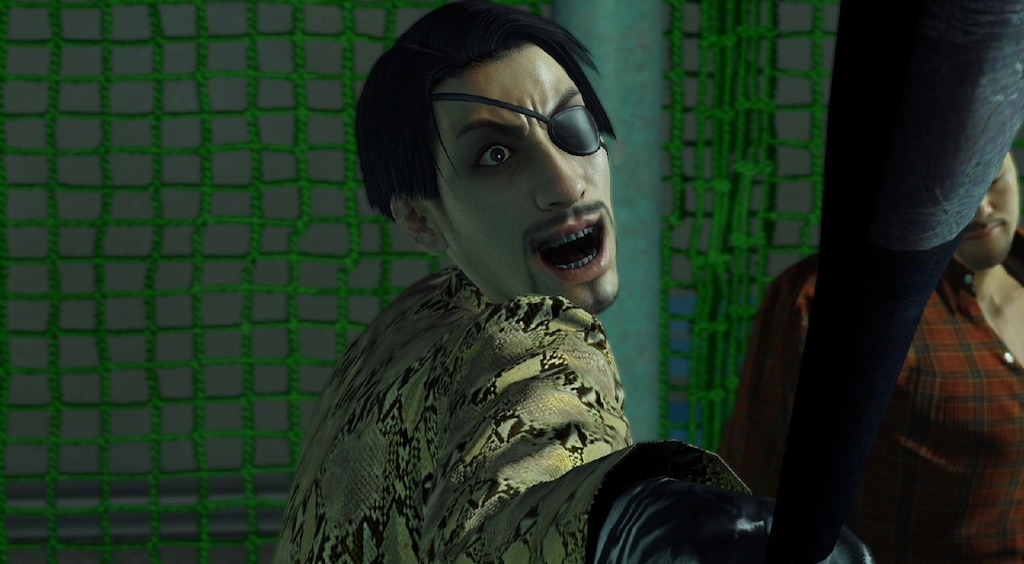 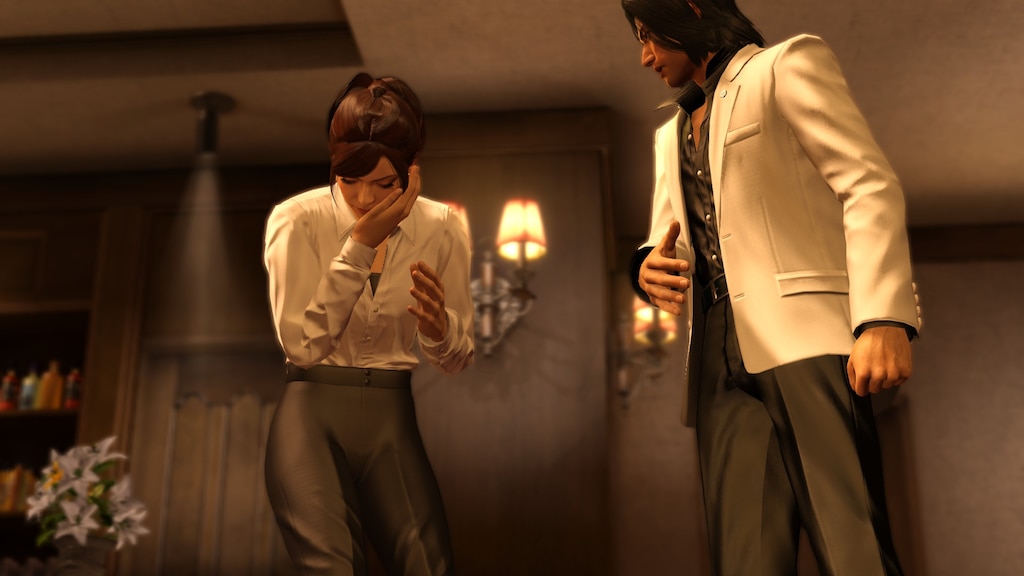 Recommended
50.6 hrs on record
For this one, I'm not actually going to talk about the game itself much. If you've played Yakuza 0, it's essentially more of the same with different narrative framing and a few quality of life additions (I.E., you can now switch right to Dragon style without going into the menu) thrown in. TL;DR, I recommend it.

I will, however, mostly focus on talking about the differences between Yakuza Kiwami and the original PS2 game.
After the release (and subsequent success) of Yakuza 0, RGG Studios used the engine and assets of that game to create a remake of the very first Yakuza title, polishing up the PS2 title to (then) modern standards.

Remakes are a tricky matter, because every developer seems to have their own definitions for what a remake should consist of, and every player seems to have their own opinions on those individual definitions. Add on to that the fact that releasing a remake inevitably pits it against the original (either a very good thing or a very bad thing, depending on people's reception to the original version), and it isn't very surprising that it can become kind of a divisive subject.

As a way to experience the PS2 original's story with the polish of the modern titles, you can certainly do worse than Yakuza Kiwami. As its own Yakuza title, Kiwami largely lacks the memorable substories that made the series popular in the west, and the inclusion of the Majima Everywhere system means the pacing of the original has been kind of neutered to account for both the possibility that Majima could, in fact, be anywhere, plus the fact that you NEED to fight him constantly to unlock Kiryu's full moveset. Yakuza Kiwami brings back 0's Style system, and (as far as I can tell) the game has been rebalanced to account for this, but Yakuza's original PS2 moveset only returns in its entirety in the Dragon style, and only if you complete Majima's repetitious checklist of encounters, something that starts out fun but quickly becomes a dull routine by the midpoint.

I wouldn't say it's a dealbreaker. In fact, I tend to prefer the on-the-go style switching of Y0 even after playing the rest of the franchise, but it DOES make certain boss fights a drag in the (fairly likely) circumstance that you opted to skip unlocking Dragon style. Many of the bosses throughout the game will enter a period of invulnerability where they'll regain health (and not a small chunk of it, too!), and this can only be interrupted if the player switches to the style corresponding with the color of their aura. And if you DON'T have the skill to give you access to that style's finisher in the first place... you're outta luck, and have to bite the bullet of more boss health.

Again, not a dealbreaker, but unfortunately Majima's increased presence ends up bringing the rest of the game down. That said, while the novelty of his fights wears down fairly quickly, the actual scenarios end up staying fairly fun throughout, and if you don't rush through all of them for the sake of completion I would argue you could probably keep it fun and fresh for yourself for a while.

Finally, most of the story cutscenes have had their animations ripped directly from the PS2 original. Its essentially a shot-for-shot remake of Yakuza's story but with the fidelity of Yakuza 0, and its genuinely impressive! Without too much work, I wouldn't be surprised if you could port over the weird-as-hell English dub straight ontop of Kiwami's cutscenes. That said, these animations were intended for a PS2 game, and you can /really/ tell. Nothing was so bad that it ripped me out of the experience, but compared to the cinematic masterpieces (and i'm only being partially sarcastic in saying that) of Yakuza 0, you definitely notice a dip in quality.


If you started with Yakuza 0, I would say most of these ultimately end up just being minor nitpicks. Your only other option is to jump straight to the PS2 original, and I really would /not/ recommend that unless you're truly dedicated to staying as faithful to the original experience as possible. In which case, I would recommend picking up the Yakuza Restored patch to replace the English dub with the original Japanese voice acting, and be prepared for a LOT of jank.

That said, either way, experiencing Kiryu's first adventure is a blast no matter how you do it. At the end of the day, you're going to enjoy yourself if you enjoy this type of game, I guarantee it.

Recommended
67.8 hrs on record
you can skip the part below and look down forward to the review.

"Steam should provide us more choices of way to contribute the reviews to the community, there should be something(s) in between recommended and not recommended, for instance i like this game BUT and I didn't
like this game BUT, some stuff like that with the new icons more than blue thump up and red thumb down"


Now the review time
this is my third entry game in the series(I started by Like a Dragon to 0 and here Kiwami) i had and just finished it few hours ago on hard difficulty, mainly i focus on the story (but have to accept, i can't help myself
but to enjoy fighting with another protagonist since the game start till almost the end) because i want to know the entire Kiryu Saga first then i will coming back to play some kind of new game+ or extra modes those unlocked after you finished the game once, and i play this game vanilla, "no mod at all" and i found the game still have charismatic of itself much enough to make me stick with it to the finale

Yeah, let made it short,
if you play 0 before (and i strongly recommend you to play 0 first) you will like the story of the game so much, or at least it will made you play till the end,

the downside is... same bug. glitches from 0 still come to haunting you

the conclusion, if you are the fan, can't missed, but if you like "Beat the crap out of people" genre you looking for the right game

ok it's time for me to start Kiwami 2, cheers! 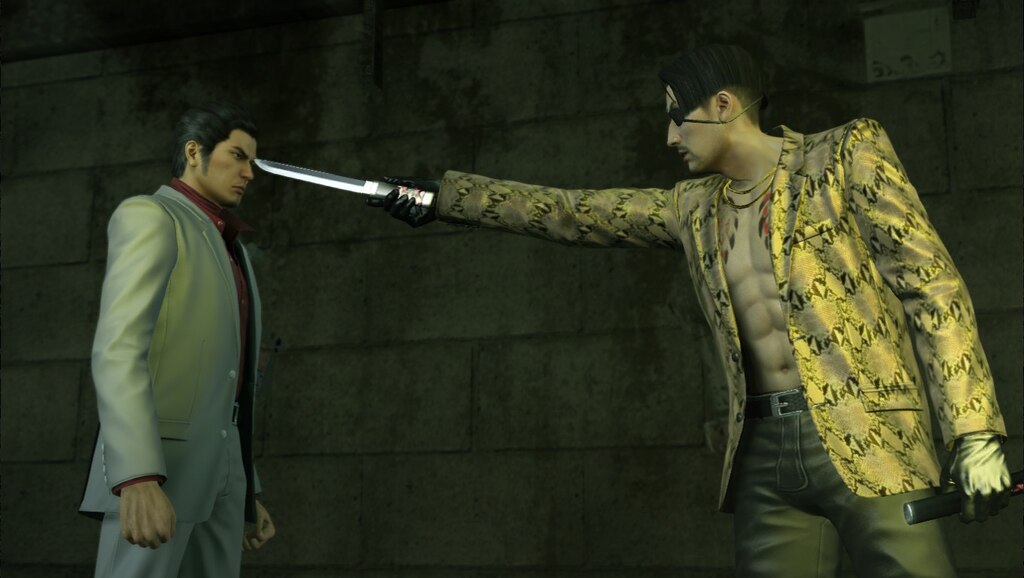 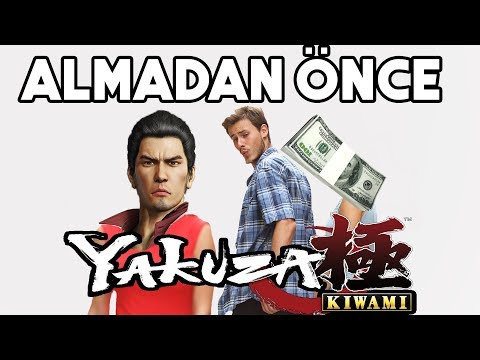 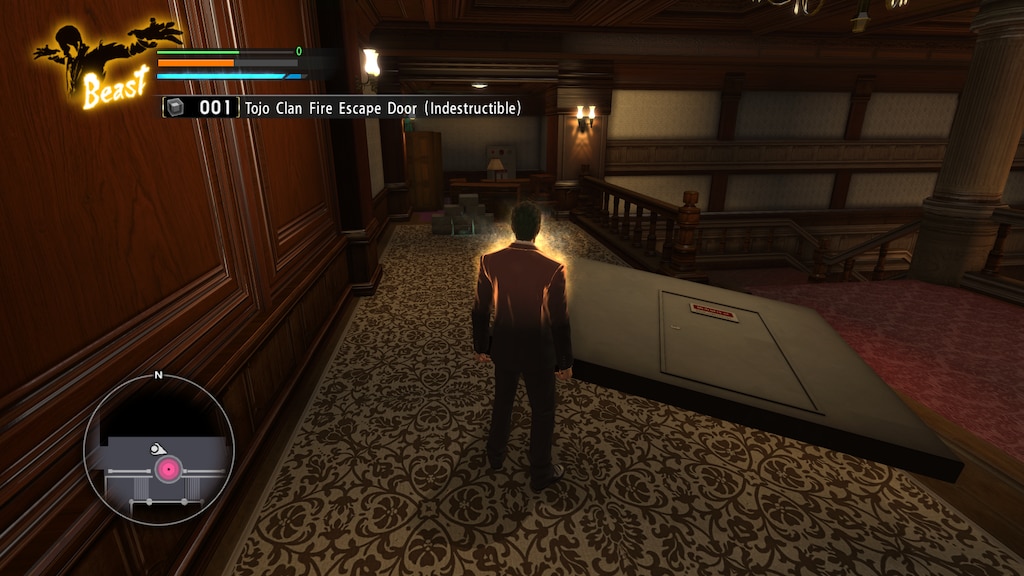 PowerSolid
View artwork
How do i get better at this game?
Going through the yakuza games and well i am not learning anything.. any video to explain combat to me at my low level i cannot do any good moves it seems and all i can do i just spam heal because i cannot dodge their long ass moves and or they recover immediately after i do dodge them......
11

Dustreaper
Jul 23 @ 1:41am
General Discussions
I Cant Play The Game
for some reason after kiryu goes to jail and I beat the fork guy in the beginning of the game I get stuck on an infinite load screen PLEASE HELP I want to play the game
4

Jay_red2050
Aug 3 @ 12:56pm
General Discussions
Combat Quewstion
I've not played any Yakuza game before and am thinking of jumping into the series starting with this one so I can play them in order. I was wondering what other games the combat is similar to so I can get a better idea of if I'll enjoy it?
5