Space Hulk: Deathwing - Enhanced Edition is a First-Person Shooter based on Games Workshop’s cult classic board game set in Warhammer 40,000 universe. Expanding upon the original game, and featuring a host of new content, new features and a richer multiplayer mode.
$29.99
Visit the Store Page
Most popular community and official content for the past week.  (?)
frame rate
Just got this game and went to play the tutorial and my frame rate dropped to the point of unplayabilty and i restarted the game and everything is like this including the menus and cinematic. any help would be greatly appreciated
7

prismic6
Nov 30 @ 8:38pm
General Discussions
COOP
hello, i just got the game and im looking for players to get in the coop part of the game, if anyone wants to play coop join me thanks
27 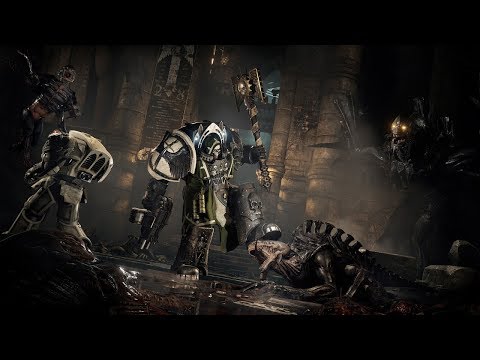 Nohead
View all guides
Gun not shooting when aiming near enemies
So this is a strange problem, I have to rapidly click on the left mouse button before it starts firing the storm bolter when enemies are near the cross hairs. I really have no idea what is going on with this, I tested the mouse in other games, and just navigating around my computer and no issues with clicking outside of the game. Very frustrating, has anyone else experienced this or have recommendations....
2 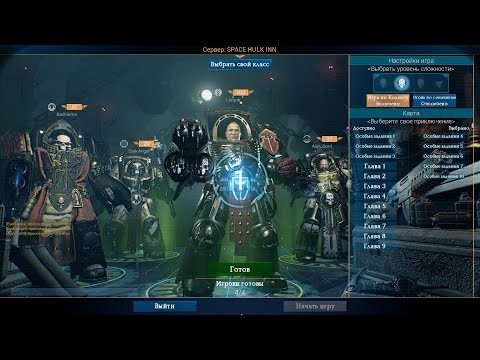 Space Hulk Deathwing-Formations Of The XVII
The Guide of how the XVII marches towards its glorious victory on derelicts and asteroid cave interiors alike. Facing whatever man or beast or both ! Using only pure discipline through formations and ingenuity through the ever vigilant tactical minds of it...
59 ratings 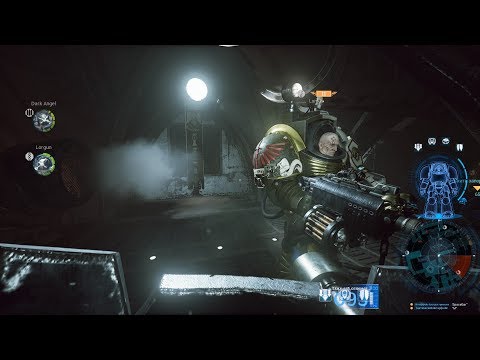 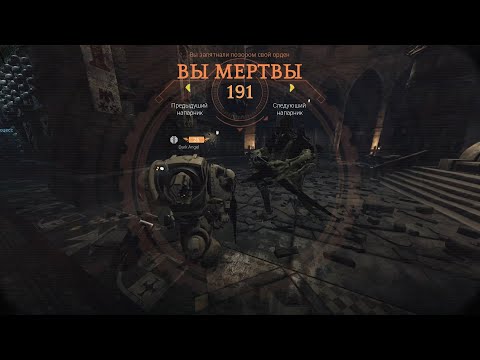 Codex Eradicatus
Just a humble guide trying to improve efficiency, kill counts and knowledge of all the brothers out there still on the Olethros purging as good as superhumanly possible. It is still growing, be welcome as often as you like!
33 ratings 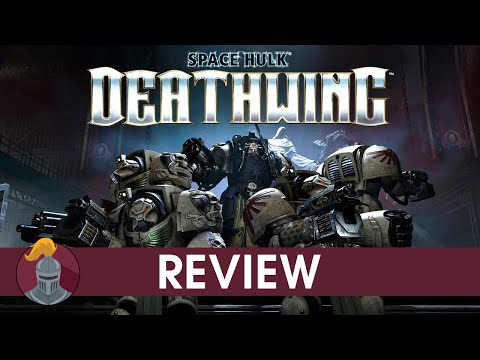 MARKØTZLËR
View artwork
More lag & freeze stutter on games you join at the moment?
i've recently experienced more stutter, teleporting than usual on games with friends that i always had a good connection to, are any other people experiencing this atm in this game? I can host games without any problems. Might it be steam connection issue, or maybe the times we're in (heavy internet usage all over the world)....
2

Recommended
83.0 hrs on record
[8/10] More recently I got into Warhammer, and loved it. So as any fan does, they look for games that pertain to it came down to SPACEMARINE and DEATHWING, which even though it's and unpopular opinion, I'd rather have this.

Pros:
-The graphics are amazing, everything is so nice to look at and the textures are really great. The skins and effects really make the experience what it is.
-Sound design is just as good or better than the visuals. All of the weapons sounds mean and are quite satisfying to us, especially the assault cannon. Ambient noises like the ship creaking as well as generators and the engine room, makes it that much more real seeming.

Cons:
-When referring to fan animations and other games made by GW, the bolter is one hell of a weapon, firing a 2.5 caliber round, which is like getting hit by a tank shell, but in game, they feel like tennis balls meaning that the damage output is horrible.
-Terminator armor in lore is apparently really strong and durable, but in game, you wouldn't know that. When a xeno lunges, 9 times out of 10, it's an instant death.
-I don't know if this is just me or not, but connecting to servers is a pain, disconnecting at least 5 times before finally connecting, coupled with an unstable connection in game, not nice. 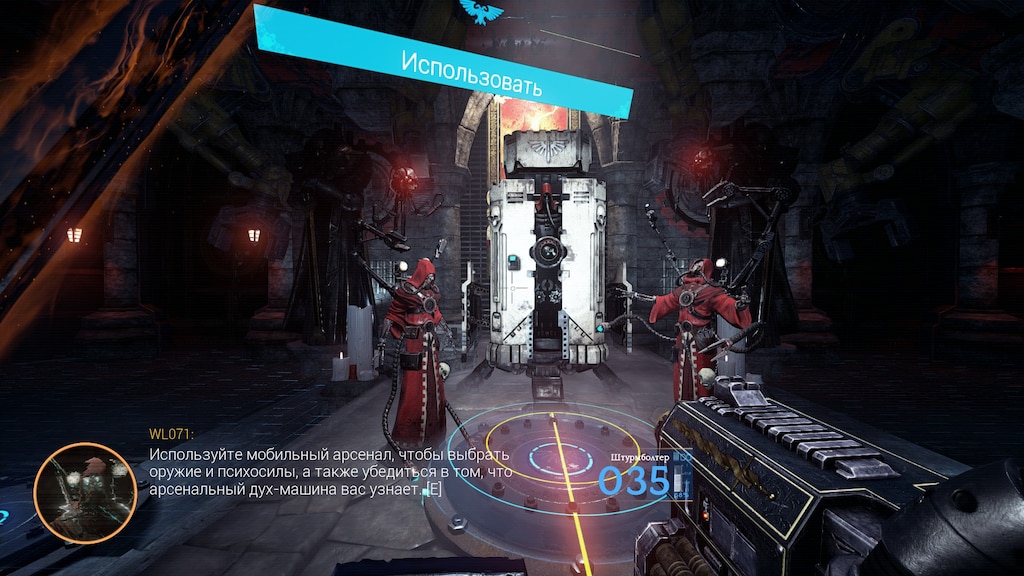 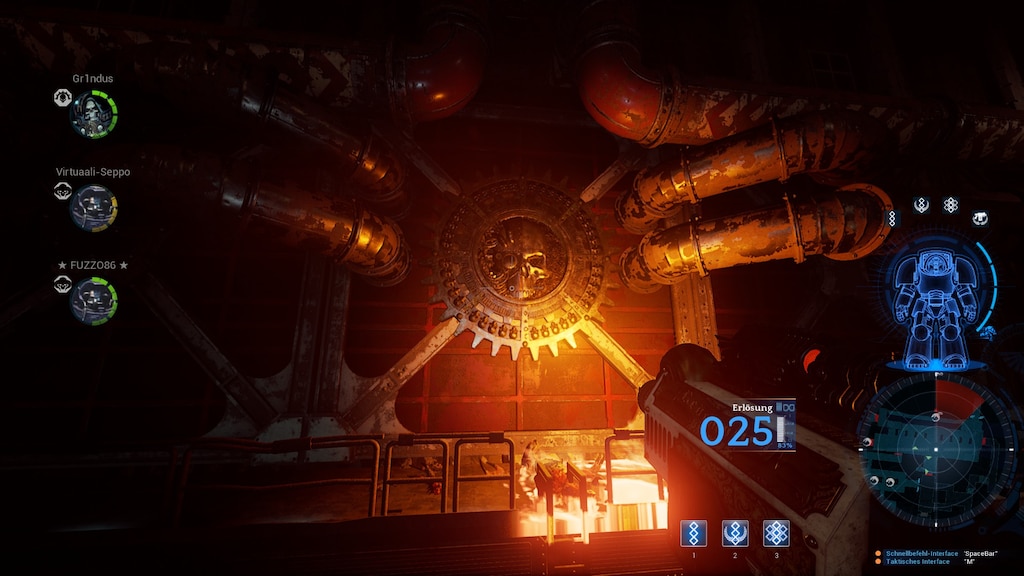 0
0
Ambience for the Machine God 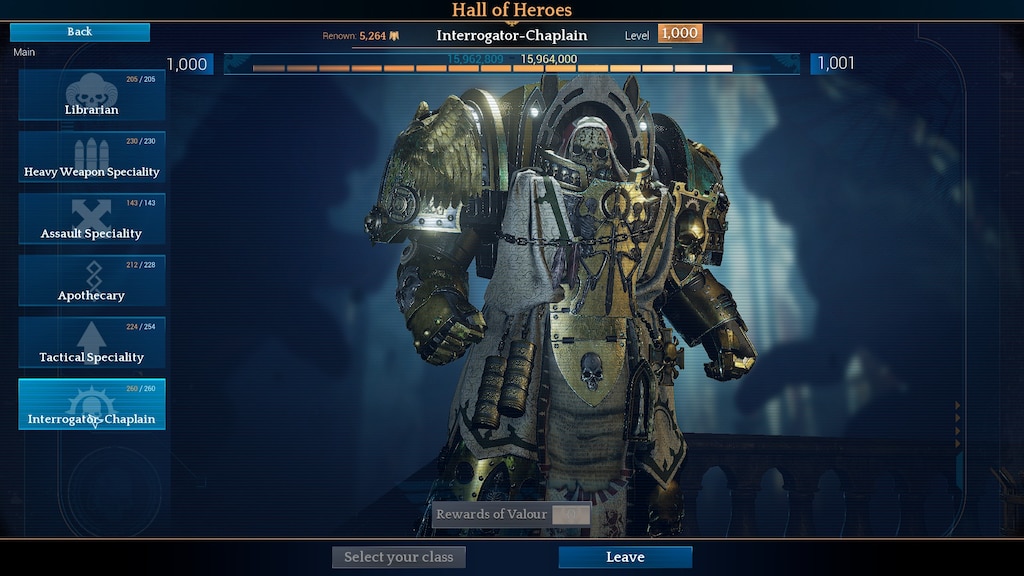 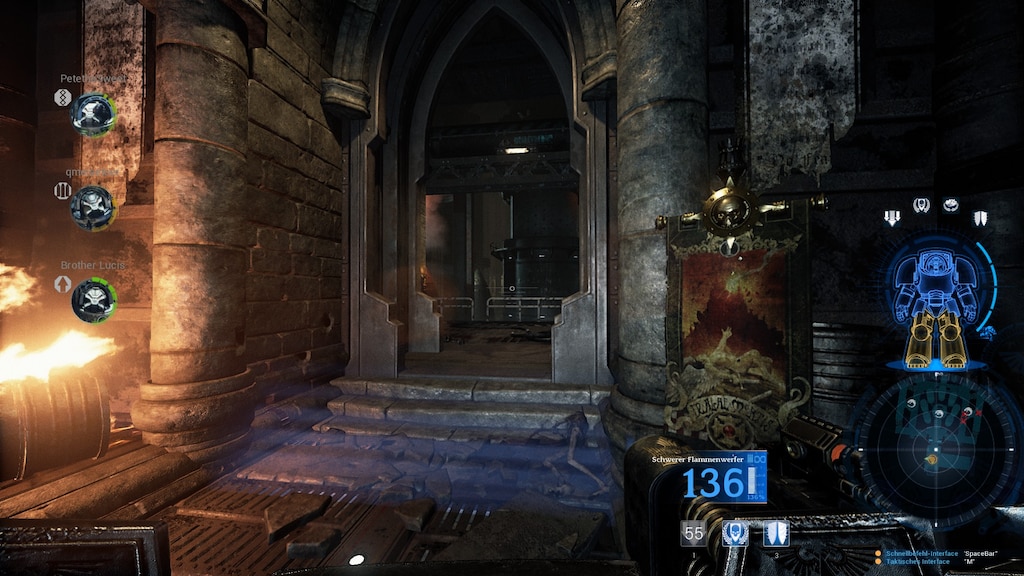 Recommended
6.3 hrs on record
It's fun. Don't have a 5th friend though. He'll take your spot. Those were supposed to be my memories!

Mr. J-Walk
110 products in account
2
No one has rated this review as helpful yet

Not Recommended
5.1 hrs on record
This game is only fun with friends.

A) Too slow (Specially for a terminator)
B) Shooting 'guys' with a rapid fire missile launcher/The BOLTER takes to long to kill
C) What do my abilities do, like BE UP FRONT MOTHER-♥♥♥♥♥♥!

Lore wise I'm not sure how fast Terminators move but I know that Spesh Mehrines in general shouldn't be able to move that fast with that much mass.
But how fast do you move? Remember COD4's Sgt. Jackson? Aka the guy who get's nuked, you move as fast he does when he gets nuke BUT slower, sprinting is like walking after being nuked and walking is literally just a crawling speed.

Getting Money/Renown is like leveling up fishing in Runescape it takes your life away like a Succubus except you get blue balled right as you're about to nut/'Your ♥♥♥'n Word'.
Progression ain't even worth it! I put a bayonet on my Storm Bolter and I still Fist my way to victory not only that I put a organics scanner on it so I don't have to be zoomed in 24/7 and it STILL did ♥♥♥♥♥♥♥♥

Now I'm not sure about you but I can't recall the last time I heard a guy surviving a RPG to the human body in general for monsters it makes sense but a semi-normal dude surviving a mini-rocket to the face on easy is complete BULL, so what ends up happening is that everyone just switches to Redemption Storm Bolters or Spears of Calibans.

Melee weapons are your only real weapons but that guy with a 7.62 stubber will just out range you by standing on a platform you can't get to (for those who don't know Space Marine armor is THICK meaning Terminator armor is THICKER using a harder metal than titanium) so you end up taking free damage or having to use a gun meaning Assault Terminators are mucking useless unless they have a shield but even then you still take damage and cannot sprint. Don't even get started with the Lightning claws those things you MUST use with both hands AND worst they don't doe AOE damage like the Power weapons which means you become an Assassin archetype but that's useless because you barely face Broodlords (Big bois) and when you block play peek-a-boo and it's useless.
Also POwer Fist for the win because that's the only weapon you'll find yourself using, maybe the Force Sword is viable but Library powers have a range limit.

Abilites are forget-able mainly because they use lore wording such as:
"Revive your fallen brothers to reap fury" so I revive people.
"The empruh protects and you bring faith and fury to your brothas" OK?
"Invictus Dominatus Exterminatus!!" What ... The ... ♥♥♥♥? "... Last 10 seconds"
Honestly it took me 3 rounds as a class (total of 6) to figure out what the abilities do exactly but to sum it up:
Tactical - Has a Revive, Damage Reduction Shield, one of those flying skulls with a Bolter
Apothecary - Heal, Mass Heal, something forget able
Assault - Steroids/Damage boost, Attack Speed Boost, Toggle God Mode
Devastator - Attack Speed Boost but range, Snakes infinite Ammo bandana, I forgot this one as well
Chaplain - Revive, Damage Reflection buff, Lotta Damage Buff
Library(ian) - Literal ♥♥♥♥♥♥♥ Magic from Cthulu's realm

Yeah it really sells the one team one fight with the abilities but the recharge times are just so slow and the duration as well as effectiveness are very underwhelming so you more or less just use Gun and Fist attack, magick also feels like glorified Gun and Sword but you have 3 fire modes plus ... Gun x Sword.

Conclusion
Does it have it's own niche/audience yes but it's a big as the SWAT4 community if not smaller and in my Professionally Unprofessional opinion it implemented it's mechanics the worst way, as in this play style is the meta; AOE weapons Friendly Fire for days and need a revive here dead Tac.

GreyZemn
269 products in account
0
Auto Heal Possible?
Is it possible in SP to set the Apothecary to auto heal characters who fell to let's say 10% HP? I grow weary of having to tell the dude not to let people die.
2