Try the demo! A mix between Portal, Zelda and Metroid. Explore, solve puzzles, beat up monsters, find secret upgrades and new abilities that help you reach new places. Playtime 12-25h.
$19.99
Visit the Store Page
Most popular community and official content for the past week.  (?)
Crash Credits song
Aug 26
As you know I always put one of the songs I've written and performed at the end of my games.
For the Crash DLC we re-arranged and re-recorded our song "Wenn sie nur wüssten" which is about a pretend-superhero.

Here is the video of us performing the song:

You can also listen to it on Spotify and other services.

Supraland
235
15
All feedback and bugs for the Crash DLC go into this subforum
Thanks!
211

Puzzle Hints
Hints for all major puzzles - no total spoilers. Optional and easy puzzles are not mentioned here.
190 ratings 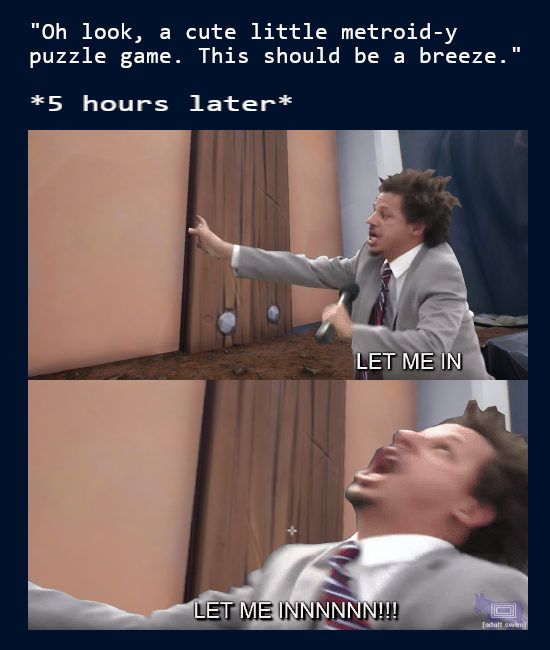 There he is!
23/23 Waldos! Special Thanks to biscram! Please note that you do not need to physically locate nor shoot them. You simply need to look at Waldo to get credit. It seems like allot of people are having a hard time figuring out the clothesline Waldo. If...
75 ratings

Filling the shelf - all dead heroes
If you're missing a collectible on the shelf and having trouble finding the fallen hero it belongs to, hopefully this should work to assist you getting the last for the achievement
38 ratings 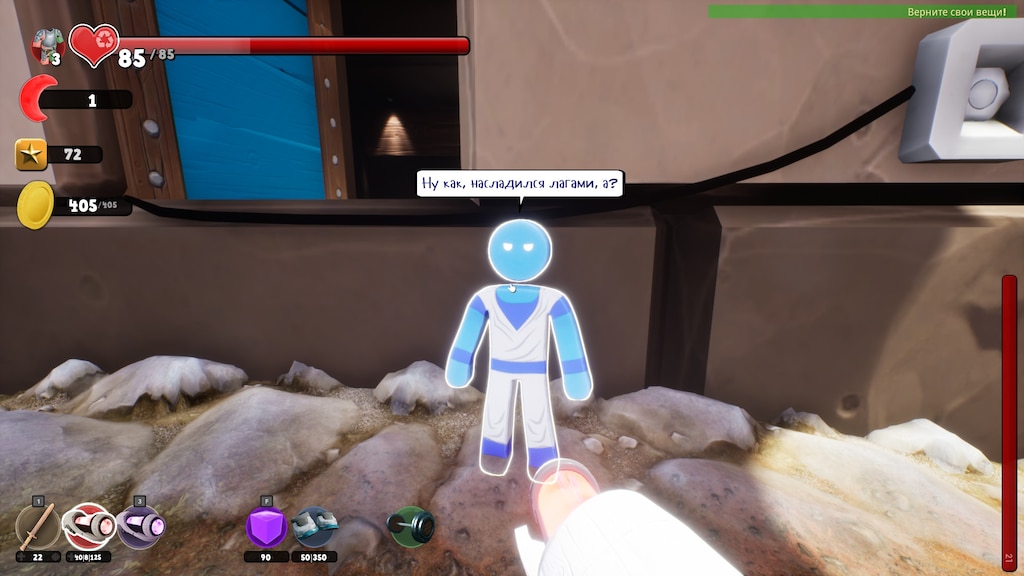 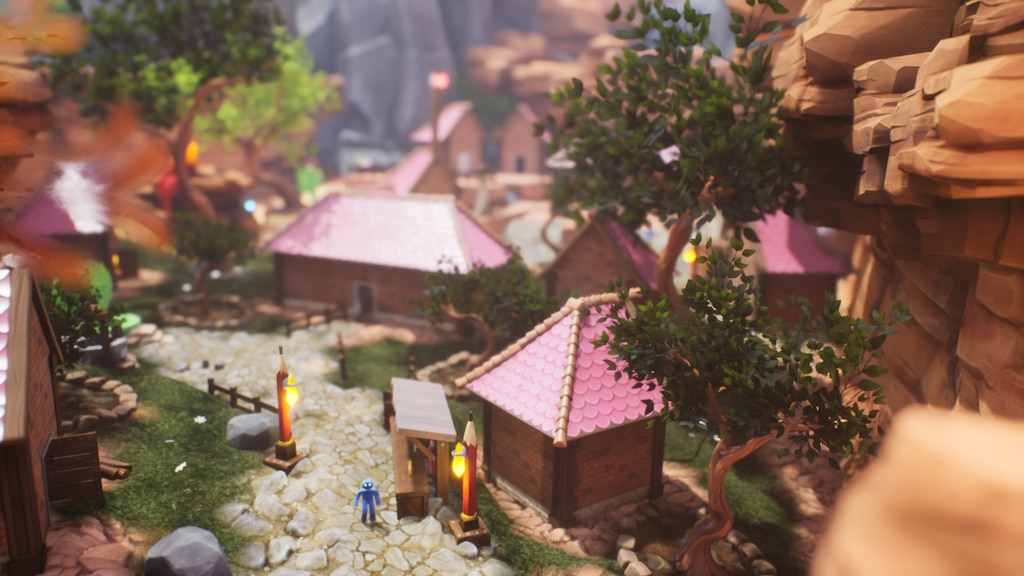 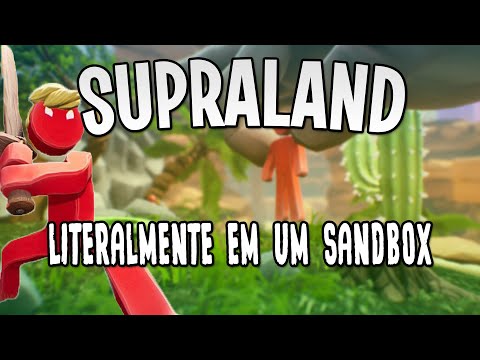 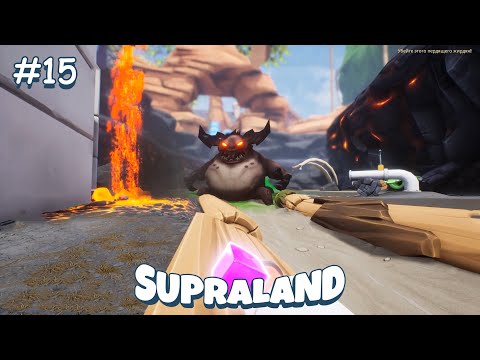 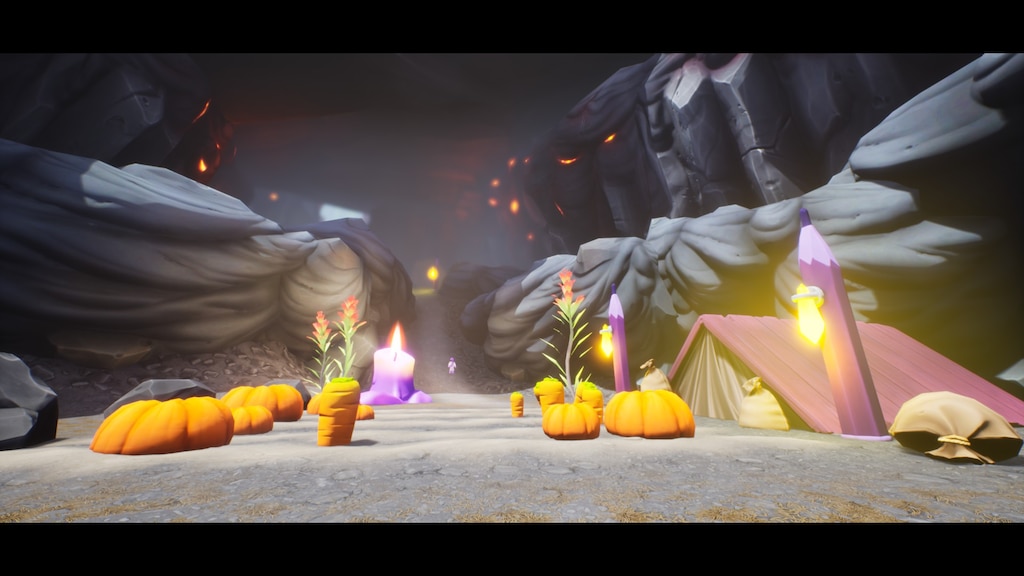 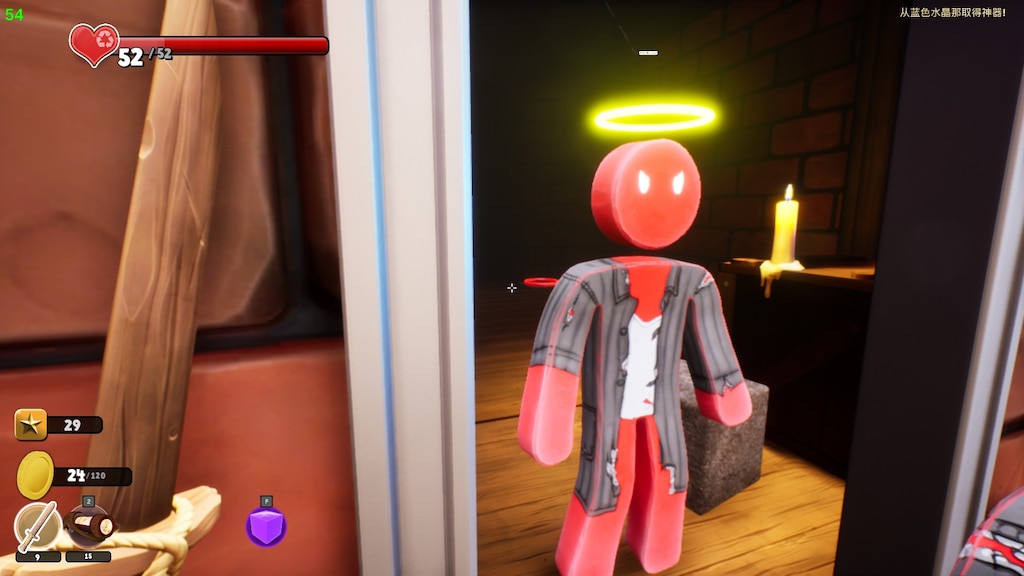 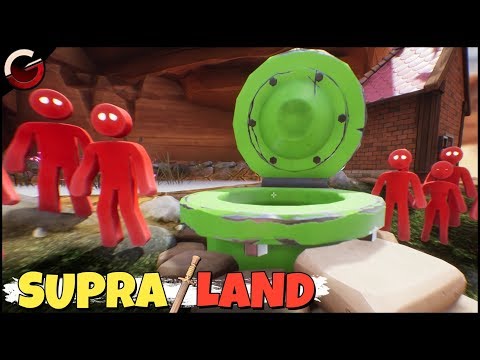 0
1
I FOUND A HIDDEN CAVE! The Beginning | Gameplay Supraland 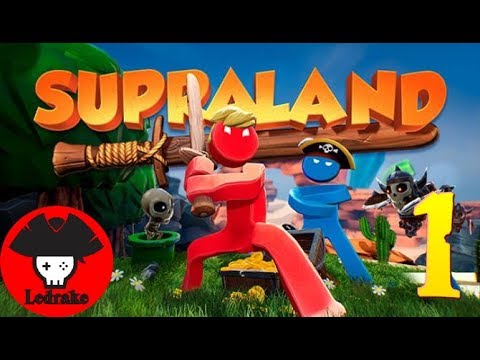 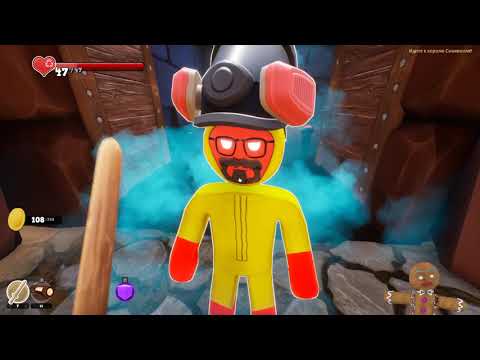 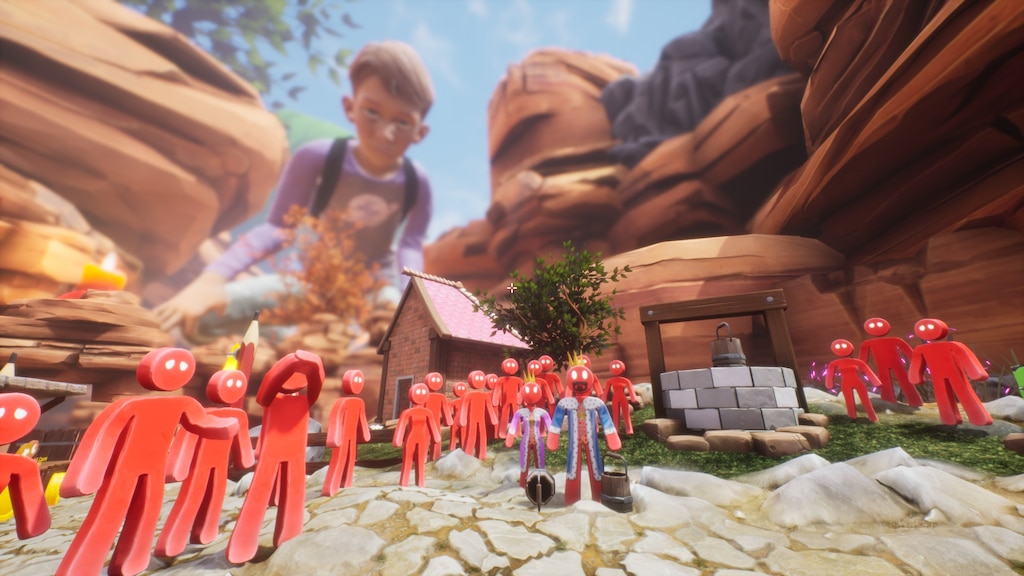 .kkartman
View screenshots
No one has rated this review as helpful yet

Recommended
57.3 hrs on record
I have a GTX 680 MX, less than the minimum requirements, and it still looked great and was fun to play.

Not Recommended
11.6 hrs on record
Really wanted to Like this game, but it is very repetitive, to the point it gets very boring,.... It got to the point I forced myself to keep playing to get my $$$$ worth, ... so I kept playing hoping it would get better.... It did not......

Then to realize the game was made by perverts

This is supposed to be a kid friendly game, & the creators of the game felt it was appropriate to add a character whom talks about "grabbing by the private parts" .... Shame ..... How dare you mention such a perverted , sexual thing in a children's game.

No one cares about your perverted opinions, well at least not any person with morals.

A developer has responded to this review

staggerlee14701
120 products in account
0
What are your thoughts on the racing rod races?
Personally I love exploring Supraland at my own pace and working out the puzzles...with a cup of tea. I hate the races and just don't have the reactions to finish the last race. To keep doing the same thing over and over is tedious. Shame there isn't an option to buy a bit of extra time by using coins....
38

GolfHarris
Sep 10 @ 8:14pm
Crash-DLC
Hints about coin
Any hints how to obtain red coin near yellow ball launcher in the Giant's Workshop ? I couldn't jump over the gap nor bounce high enough to shoot translocator...
45

asmØdium
Aug 3 @ 5:29pm
Crash-DLC
I don't see the halo guy in mr. miracle level
I see two standing in from of the Mr Miracle, one guy by the entrance of pipe, and another at the fences posts. but don't see the 5th guy that i'm reading about that approaches the church. am i missing something or did i miss a step?
11

mrkochan
Aug 30 @ 1:09pm
General Discussions
DLC 2 Dev Blog
Aug 9
Like DLC1, DLC2 was planned to be a much smaller thing. I wanted our new recruits to build a little adventure on their own within 3 months, so they could get used to the supra tools and I could see how they work. I very quickly and happily noticed how very capable they all were and we subconsciously kept expanding the scope of DLC2 and new gameplay mechanics were built all the time.

The third Supraland adventure will be called Six Inches Under. I'm sorry for using a non metric unit, but it was the only way to make the pun work. 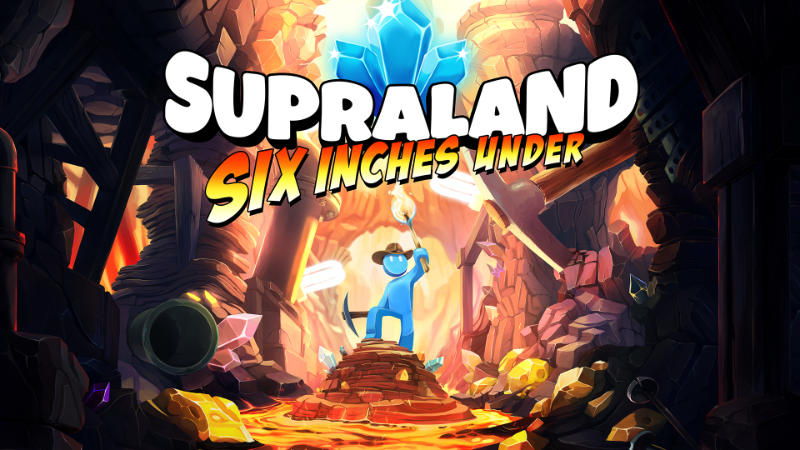 Now, after about 9 months, the critical path and tons of bonus stuff is done and fully playable. I was involved in most the planning, but since I was busy making DLC1 I didn't know most of the things. So my first semi-blind playthrough of it took me about 9 hours or so. I knew a couple of things in advance, so it would probably have taken longer otherwise.

It's really cool and I'm sure you will love it. There are 6 main areas. They are really cool places with a special vibe, lots of interesting puzzles, lots of NPC folks making the places come alive and there are so many secret areas to be found. It's clearly Supraland. But we pinned down some aspects that still need major work. The lessons learned from the DLC1 postmortem play a big role in this too of course.

The game needs to hit the sweet spot when it comes to presenting you certain items that you want to get, but you don't quite have the ressources for, but feel great once you get them and are able to buy the thing. This also involves the process of getting certain resources which often felt way too annoying. This is the part that especially the beginning of the main game pretty much nailed and sucked most of you in.


Exploration needs to be rewarding

Part of the core Supraland fun is finding secrets, but the biggest part of the fun is not knowing what you will get and you being able to get really cool stuff unexpectedly. This worked well in the first half of Supraland; not so great in the second, because you were overpowered already.

I keep repeating myself with this, but you can barely come up with tons of cool upgrades if they are not centered around combat. This DLC was planned to be completely combat-free but it just creates too many problems to not have combat.

But we came up with a great plan on how to add combat, that we're all excited about. The way it will be implemented will add motivational aspects to the player and we also designed a whole new combat system with completely new enemy types and mechanics. It should fix all the issues the base game had combat wise.

The lack of a threat also takes away from the adventurous feeling. It doesn't need much of it, but if it's not there at all, it all just feels a bit unspectacular and not like an adventure. My personal main issue with almost all of the other first-person-puzzle games is how empty/dead their world is, because you're all alone, and I don't want that to happen in Supraland.

Our solution to this also solves a bunch of other problems we currently have, including the economy one and motivational aspects.

We have too many cases where NPCs tell you to do something and then your quest changes. You're just pushed around and aren't doing what you wanna do but just do what they tell you. We'll dial that stuff way back and limit it to defining the overall goal and let you figure out how to get there. It feels so much better to have a lot of agency and figure stuff out without being told about it.

We basically create conditions in which you're driven and motivated to set your own goals. It is so much more satisfying to accomplish stuff when it was not explained to you in detail (which is why AAA games are all so boring now and why you're reading this text I guess. AAAs are so afraid of someone being stuck for 1 second so they make sure their games play themselves).


Luckily our solutions to these three problems elegantly fit into what we have already in place and no major restructuring is necessary. But lots of new things have to be built now and it will probably take 4 months until we can let testers in. I doubt a 2020 release would still work, considering how long the QA phase and translations take.

With pre-knowledge it took me 9 hours to finish, so other people will take a bit longer and we're adding a new major section that will also take some more hours. So we will probably land between 12-15 hours. But I have to be careful because my estimate was too high for Crash.

To stay updated about everything Supra Games is doing, click the "Follow" button on our developer page: https://store.steampowered.com/dev/SupraGames

Drej
Sep 23 @ 4:53am
Crash-DLC
Update V1.19.7 Hotfix
Jul 31
Fixes, that the robbery scene in Blue Ville happens multiple times (should only happen once of course).
If the bug already happened to you, please revert to a backup savegame; this is how:

Savegames are stored in:
C:\Users\<yourname>\AppData\Local\Supraland\Saved\SaveGames
(Appdata is an invisible folder, you need to set windows to show hidden objects)
There is a backup save every 15 minutes. To use them rename them to something between save1 and save5. The number defines the slot it will be in. There is no need to change the "slot" files.