No remarkable journey is achieved without great effort. Outward is an open-world RPG where the cold of the night or an infected wound can be as dangerous as a predator lurking in the dark. Explore the vast world of Aurai, embark on memorable adventures alone or with your friend.
$39.99
Visit the Store Page
Most popular community and official content for the past week.  (?)
The Three Brothers - Dev Diary #7
Dec 1
Hello adventurers,

In the latest Developer Diary from Nine Dots Studios, CEO Guillaume Boucher-Vidal presents the upcoming DLC "The Three Brothers", which will be released 15th of December 2020!

New quests, mechanics, weapons and more will be added to the enthralling world of Aurai and guarantee an exciting new chapter!

It's a whole new formula but the same Outward charm we all love!

Outward
442
36
Were any alternatives for rolling in melee added?
Hello. Quick question - is rolling still only method of melee evasion? No dashing, sidesteps etc. skills were added? I'm asking because clunky rolling in this game isn't fun and for bow there actually was a backstep skill. Didn't played since release and since that time there were a lot of updates. Thanks....
1 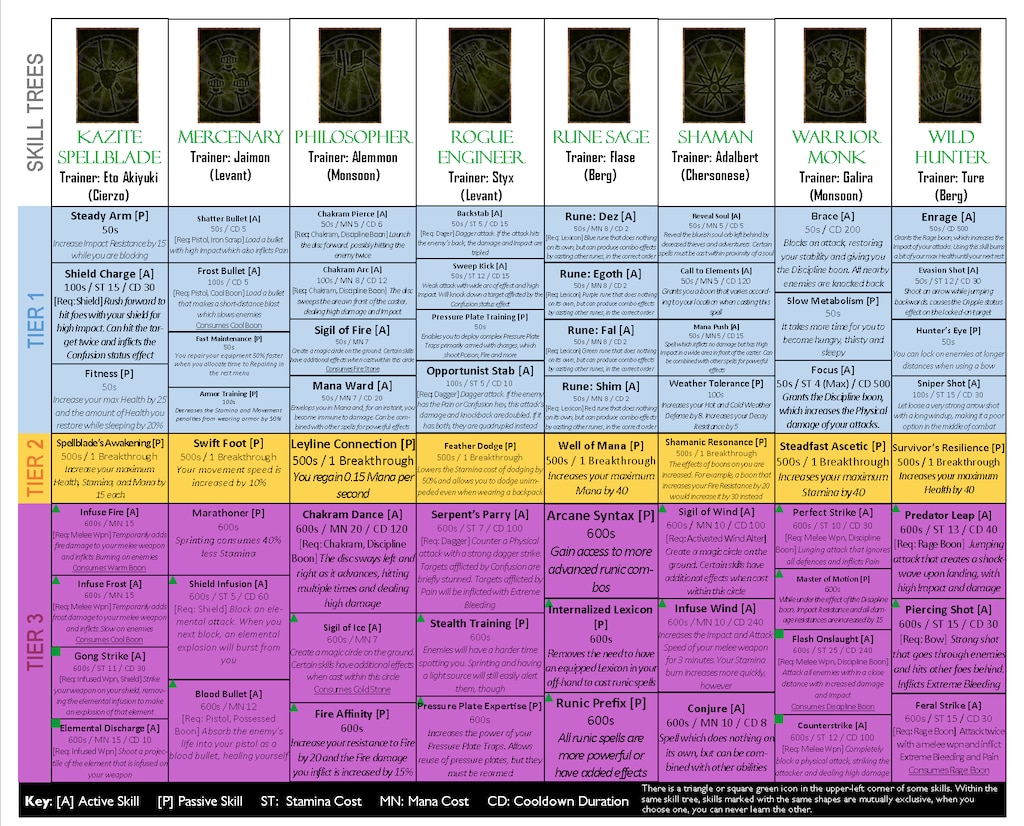 Recommended
24.0 hrs on record
I'm only 20 hours in and I keep dying every 10 minutes (I'm playing co-op with my 11 year old son, he keeps getting into troubles, dies, I try to save him and die miserably as well). But even after only 20 hours (of deaths), I can say that this is a good game, a really good one. It's strange to find a refreshing take on RPGs from a game that looks so old school (in terms of user interface, quest system, dialogues etc.) But this game is very different from your typical western RPG. The major difference is that there is no XP or level progression in the game, your character gets "stronger" because you, the player, become better at playing the game while improving your equipment, abilities, magic etc. That alone is a huge paradigm shift from your standard RPG where grinding is, more or less, the solution to every problem. This game requires a strategic and resource management approach instead. Much more Souls-like than any other RPG I have played recently. The co-op feature, that also supports split screen, is amazing and this is one of the few cooperative games where playing with someone else really enhances the experience, in a positive way (it's not just added firepower, it allows different strategic and combat approaches). The game is so unforgiving that playing with someone else really feels like living an epic experience. That being said, the game isn't perfect at all. Sound and music are forgettable, the combat system is no more than decent, the user experience is poor and sometimes needlessly complex, it's made with Unity and while it's incredibly good looking for a Unity game...it's still a Unity game, the character creation is the worst I have ever seen in any game, basically you are forced to create only ugly and deformed old men, etc. etc. But even so, it's a must play for any RPG lovers that want to try something that, from a gameplay perspective, doesn't follow the usual tropes of the genre. 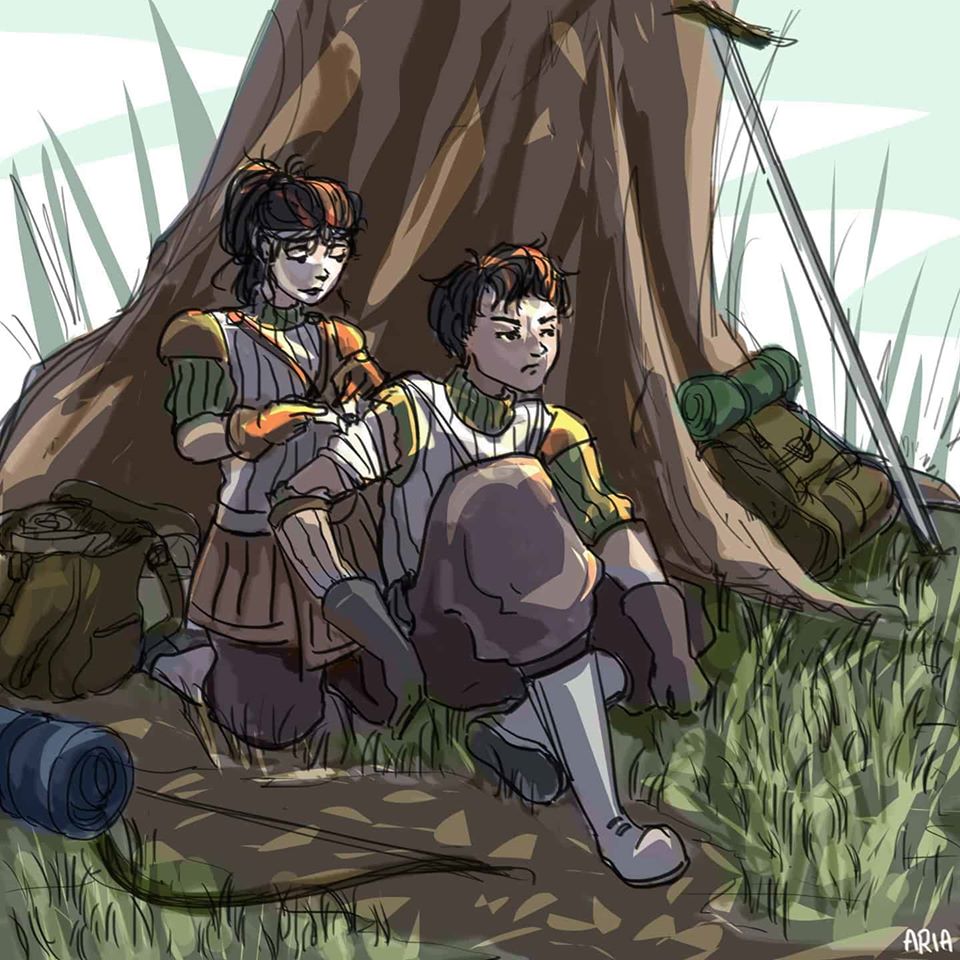 Labelled Map of Hallowed Marsh
A map detailing the locations of dungeons, chests, supplies, safezones for camping, and the currently found spots for the trader caravan which may appear in.
27 ratings 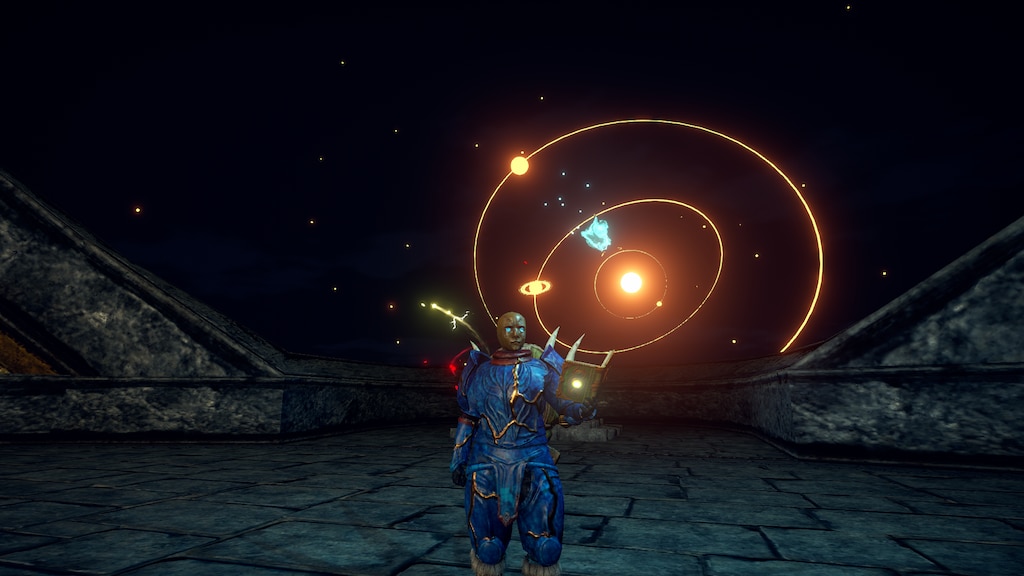 0
1
You are not a god, nor a chosen one, but it's still good to feel like it sometime!

Get unstuck on PC.
In Pause menu > Shift + Alt + U. It will be the button option that appears. Credit doesn't go to me, but I know people don't read the forums.

Recommended
45.7 hrs on record
From the moment I watched the trailer and the gameplay, I couldn’t say whether I’d enjoy it as much as I ended up doing. There is something special in how Outward presents its world in the term of lore, worldbuilding and gameplay.

There are many abilities and character customization that I cannot say that I’ve ever encountered in many other RPG’s before. This game allows you to build your character exactly how you want to, mixing and matching abilities as you unlock them.

This game is clearly made by very passionate developers that went out to make the game they wanted to make.

Although it ended up a bit janky, it was a very fun and entertaining game well worth its price. 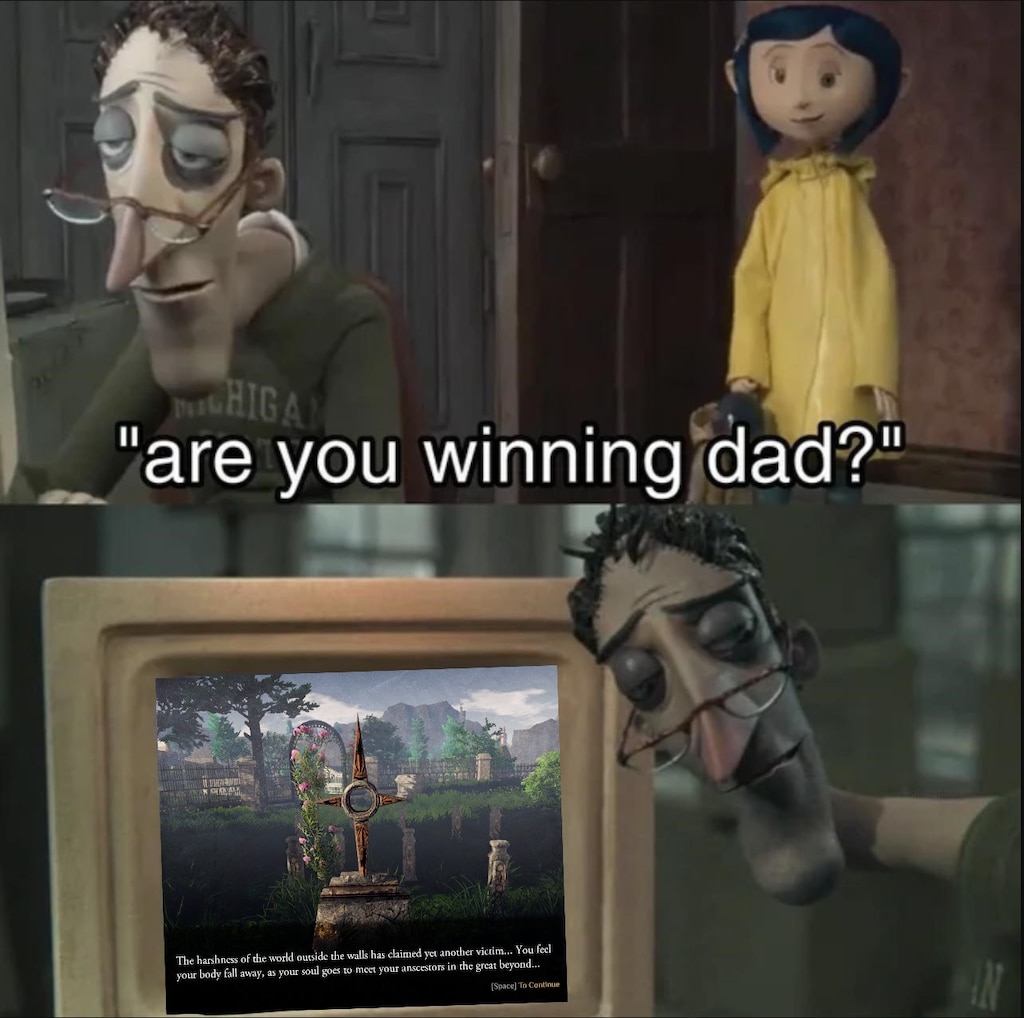 Not Recommended
68.3 hrs on record
Lots of interesting concepts at play here, but "realism" doesn't *have* to mean "busywork". Only consider if you have a very intense need for grueling realism and no other game scratches the itch. You might be better off with a modded Skyrim run, though.

-- Heavy armor users get massively penalized. Melee users' main stat, stamina, is overexerted extremely quickly by wearing such armor. So, should a mage wearing magic-resistant armor have to exert more mana to cast, too? No, in fact, they get BONUSES to magic casting, which raises the question of why melee fighters have armor that nerfs their own build. Heavy armors also weigh a ton to haul around, slow you down immensely, get you killed instantly in any non-neutral climate, and if you run into any elemental damage type other than physical.. well, you might as well be naked. Not to mention, even if you try to trade with physical-dealing enemies, they can apply permanent debuffs that require resources to cure.

-- 90% of the game comes down to managing inventory weight and running around in open space. If you have a quest that takes you from Abrassar to Cierzo and back, be prepared to cross multiple zones over 30 minutes of nonstop walking with no content between, 3 times, obsessively managing all the garbage you have to pick up (food, cures, ingredients, water, sell-fodder) along the way. Oh, and also worth mentioning, that quest (and all the other ones in your journal) have a timer which you can't see and can randomly fail if other quests are completed, so if you wanted to adventure at your own pace, tough luck. Enjoy permanent stat debuffs and lost one-time rewards.

-- The game autosaves, hides your saves from you, and death can mean losing all your items and having to start from near or total scratch. While thankfully this never happened to me, it made all my fights exhaustingly boring, because there's no good reason to try risky fights. You should only ever approach an enemy if you are well and truly certain you can stomp them into the dirt, and thus most fights are a joke. If you want to run risks, be prepared to presumably throw your whole run into the trash because you're five days ahead with none of your items and are expected to clear a dungeon in less than a day, or be further debuffed. Either you roll the game, or you might as well restart.

-- Grossly lacking in polish. Undervoiced dialogue (characters share voices and speak the wrong/only part of the lines), clunky controls (no jump, the engine doesn't know how to handle an airborne player. Just try stepping off a ledge), poor balance (movement speed is king, because you spend 99% of your time walking around on a timer and most enemy's attacks can be walked away from)...

TL;DR:
All in all, I kept trying really, really hard to have fun, but the game is just walking, inventory sorting, and cheesing. To give you an idea of how many people are immediately repulsed by Outward despite its reviews, 70% of players have never chosen a class (possible in the starting town), and 80% of players have never fully filled out even one of their 3 class trees (according to steam achievements). 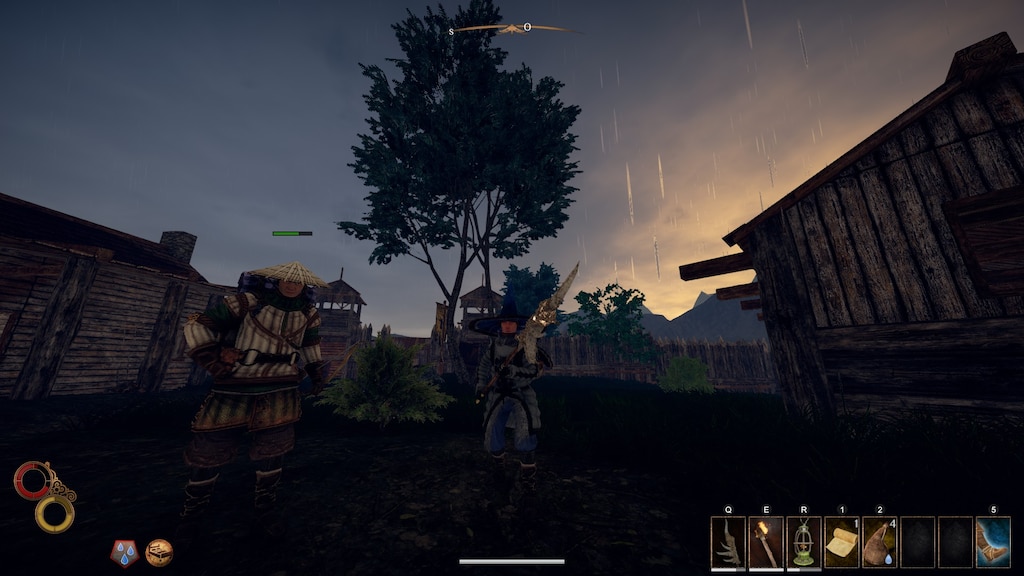 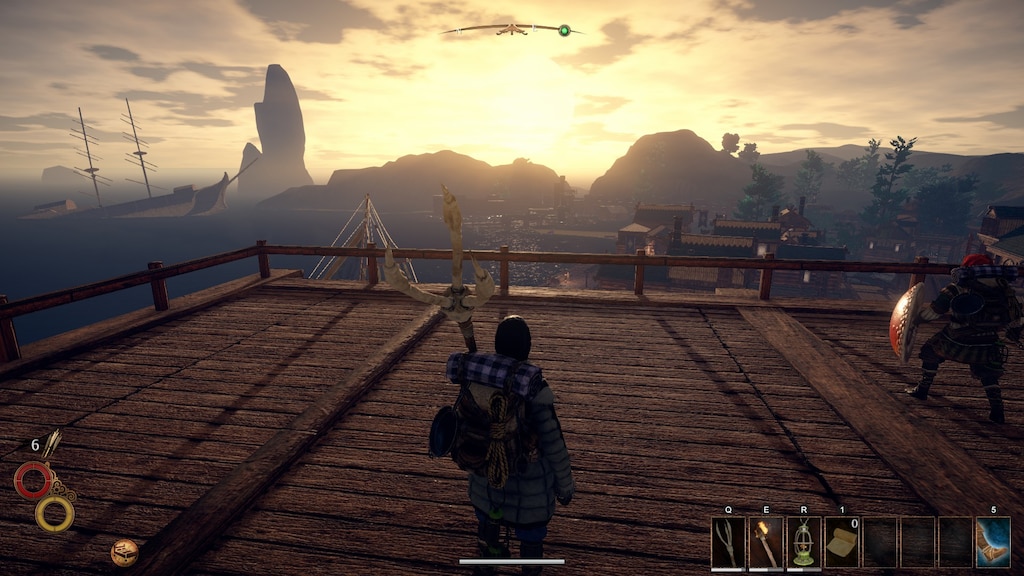 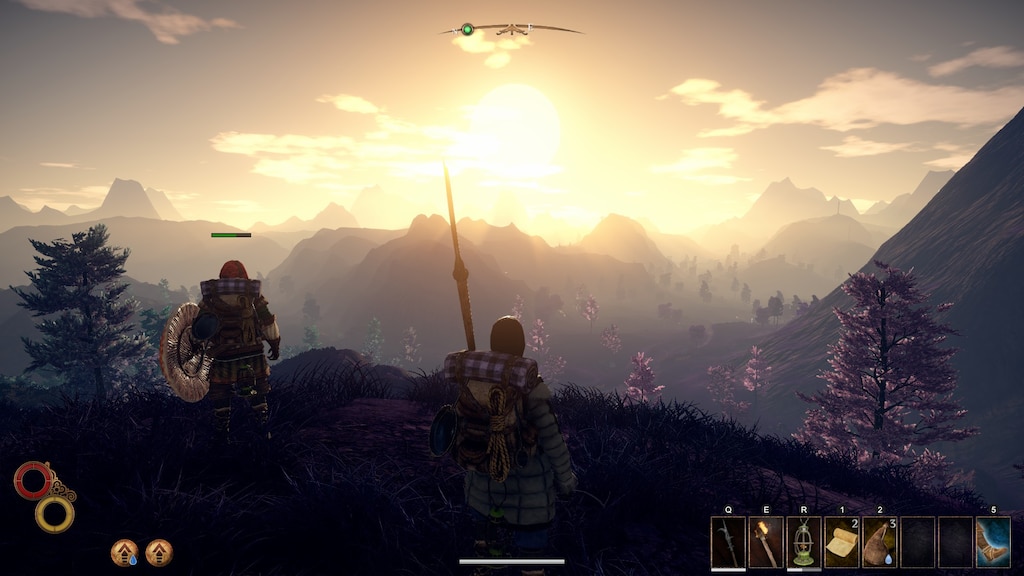 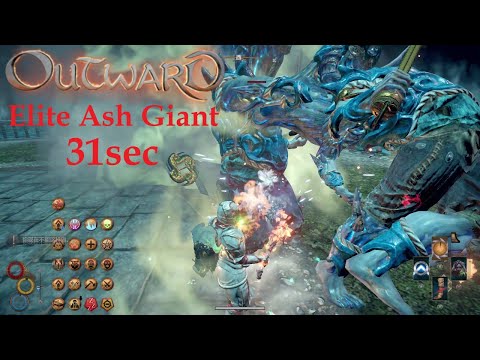 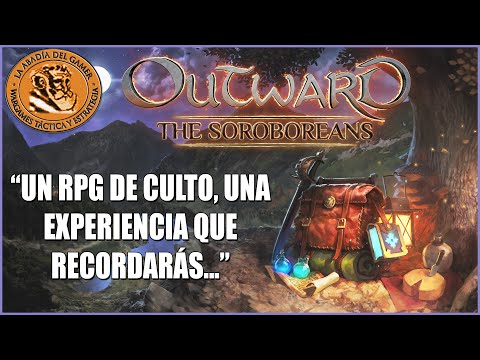 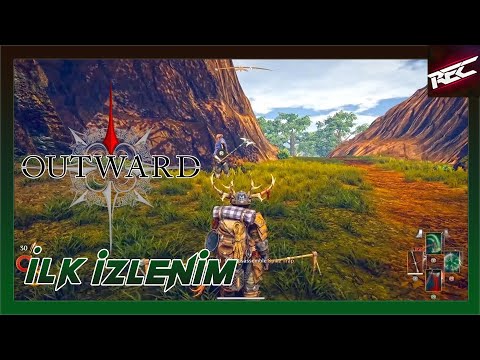 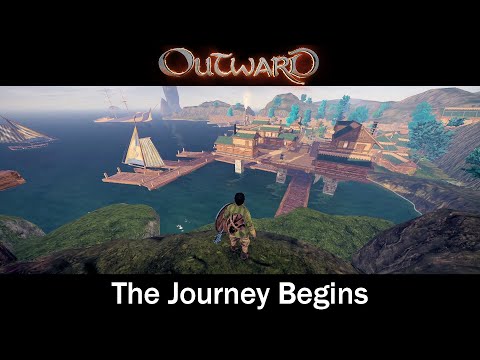 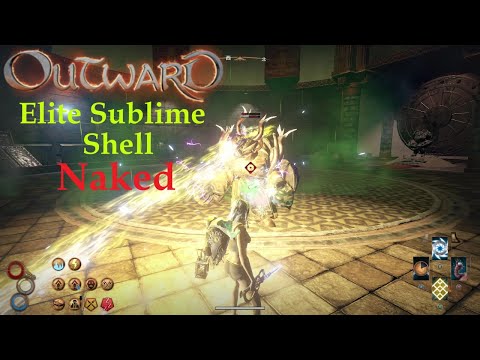 the time has come. The world of Aurai has opened its gates & the path leads to "Caldera".

Outward's second DLC "The Three Brothers" opens up a new region & will be filled with new quests, skills, weapons, recipes, and a city-building mechanic!

Get ready to continue your adventure in December! 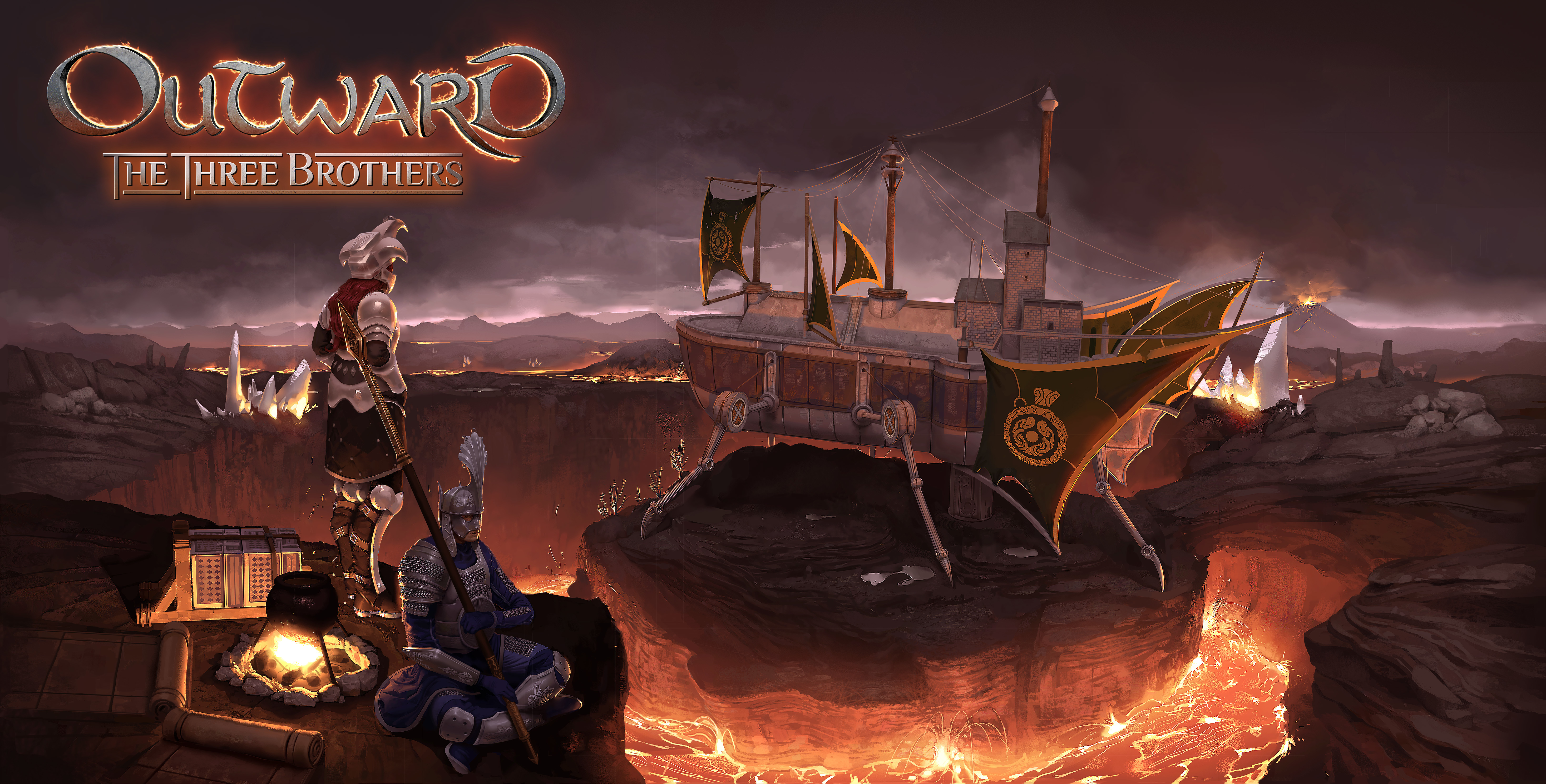 Outward
1,525
150
Three Brothers release date?
What is the release date for the new DLC that's supposed to come out this month?
3

lufia22
Dec 3 @ 3:39pm
General Discussions
next DLC on gog
Id really appreciate you guys releasing it there too, really enjoyed the game over there, thanks.

DemitriX
8 hours ago
General Discussions
Troglodyte cage key?!?^^
How do I get the key to the troglodyte cage ?? I went to the "Abandoned Living Quarters", killed them all and didn't drop; or is there only a drop percentage of the key ???
2