Rogue Heroes is a topdown, roguelite adventure game inspired by the Zelda franchise. Play solo or team up with your friends to combat procedurally generated dungeons and take down the evil Titans that threaten to overwhelm the land of Tasos!
-60%
$19.99
$7.99
Visit the Store Page
Most popular community and official content for the past week.  (?)
Save 60% on Rogue Heroes: Ruins of Tasos!
Jun 23 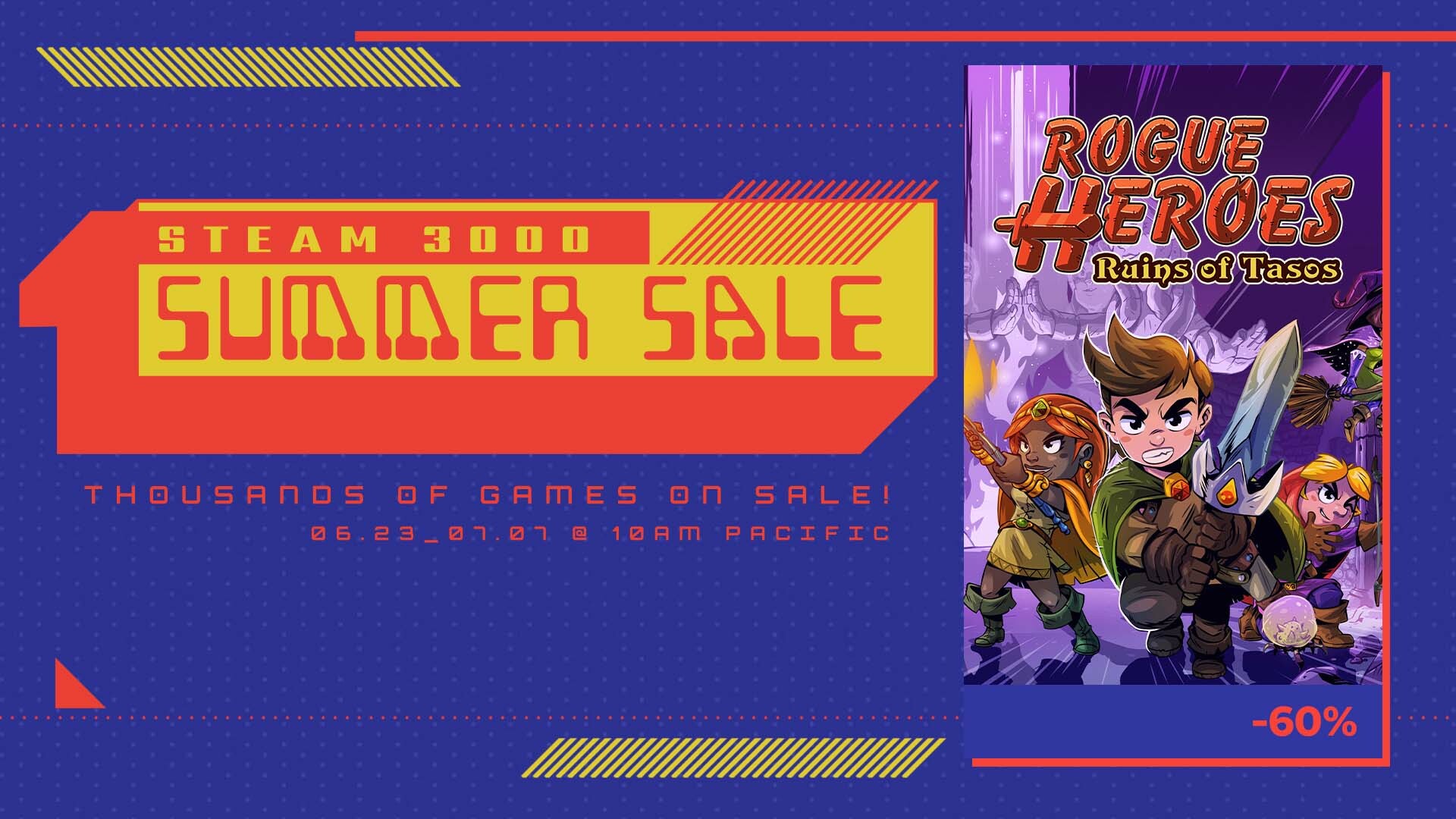 Rogue Heroes: Ruins of Tasos is 60% OFF during the Team17 Summer Sale!

Rogue Heroes is a topdown, roguelite adventure game inspired by the Zelda franchise. Play solo or team up with your friends to combat procedurally generated dungeons and take down the evil Titans that threaten to overwhelm the land of Tasos!

Keep up to date, with all things Rogue Heroes! :

Rogue Heroes: Ruins of Tasos
14
0
Known Issues and Requested Features
Hey everyone, in order to keep you in the loop as far as what we're working on and what's coming in the next patch I'm starting this thread to track everything. You'll find a list of known issues and requested features and I'll mark what's finished and ready for the next patch. Known General Issues: -'Connecting...' doesn't ever complete for some players online - Released in Patch 1.5 -Players aren't able to leave the co-op house if one of them is dead - Released in Patch 1.5 -Made the farm lo...
139

Heliocentric Studios
Jun 19 @ 12:05pm
General Discussions
Is Online Co-Op functional?
Thinking about getting the game to play with a friend, but I did read quite a lot of reviews saying the online co-op is buggy or just doesnt work at all Is it true? Should we buy the game? yay or nay
14

Mitsu XII
Jun 8 @ 10:04pm
General Discussions
game crash when adding favorite
Hi everyone, Just launch the game for the first time, loot some bombs and bow. Searched a favorite system, found it, try to add item on favorite >> crash Start the game again, wake up, try to add the lantern on fav >> crash There is something of a pattern I play with controller on win 10 (up to date), RTX 3070 (up to date) Not working with the mouse/keyboard, but at least not crashing either In addition, when in the hero house, there's an overlay bug when in the fav menu....
15

fastenfurious
May 30 @ 3:44am
Report A Problem
I cant play now
hola. desde la ultima actualizacion no puedo jugar. arranca el juego, comienza a cargar y luego se cierra. ya revise los archivos pero nada . hello. Since the last update I can't play. the game starts, starts to load and then closes. I already checked the files but nothing....
5 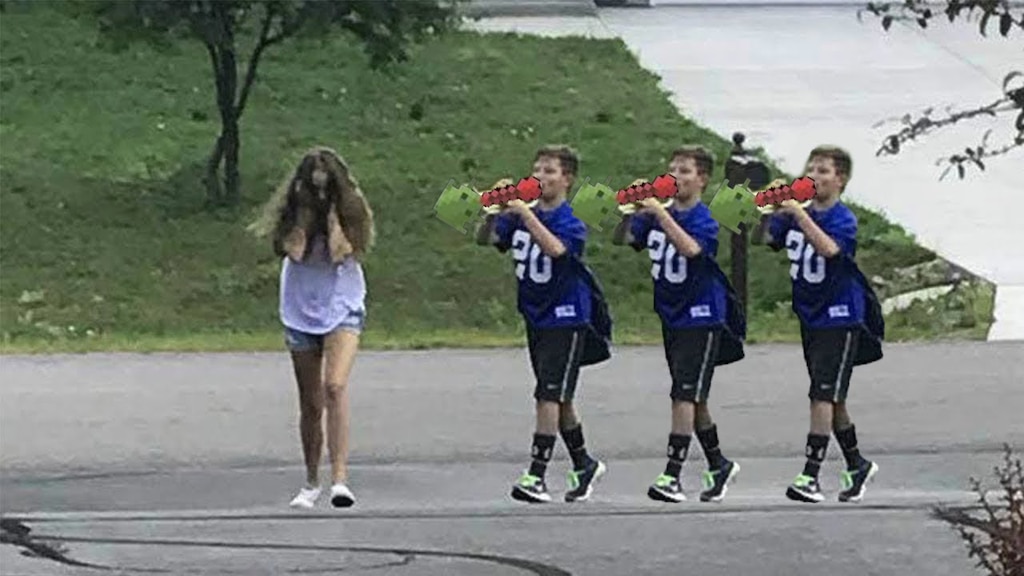 3
3
The Moment we all found the frog flute

All Spheres, rare Stones and Books in Rogue Heroes [Map]
So i took my time to create a map for my friends to find all the spheres, rare stones and spells. I tried to create a map, that is clean and nice to look at. So i did alot of pixel-pushing and this is pretty much the result. Most markers are double-che...
28 ratings 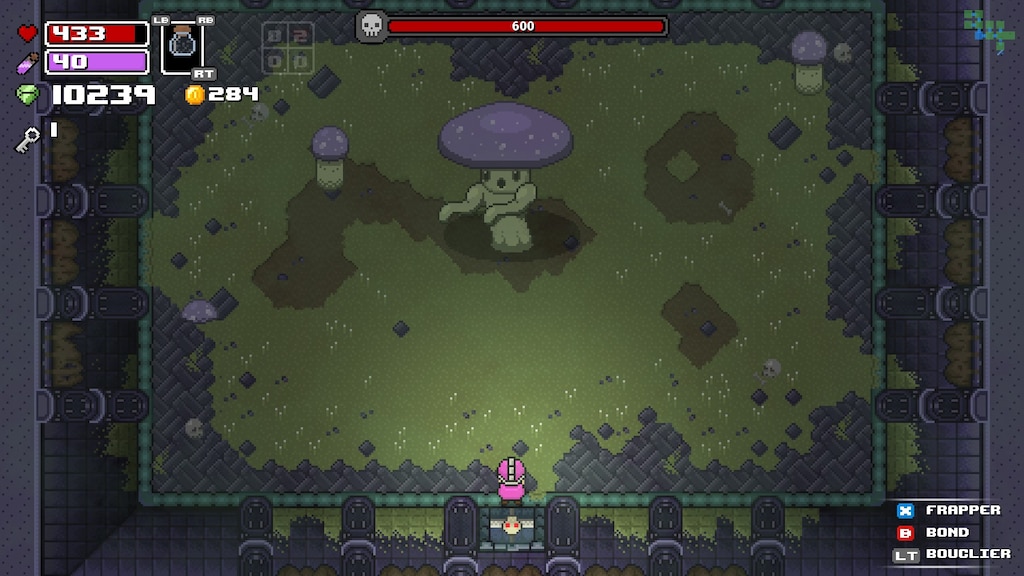 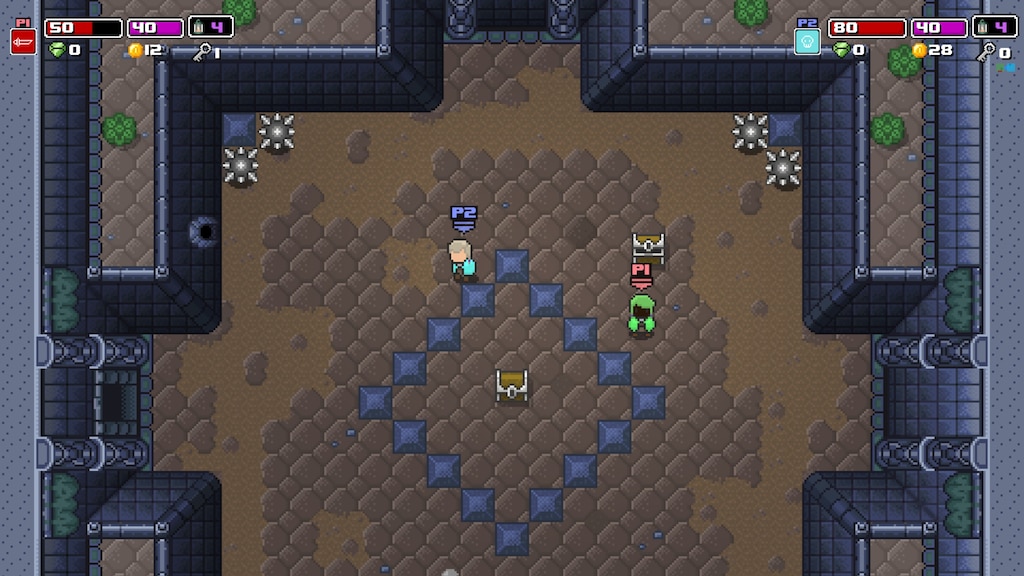 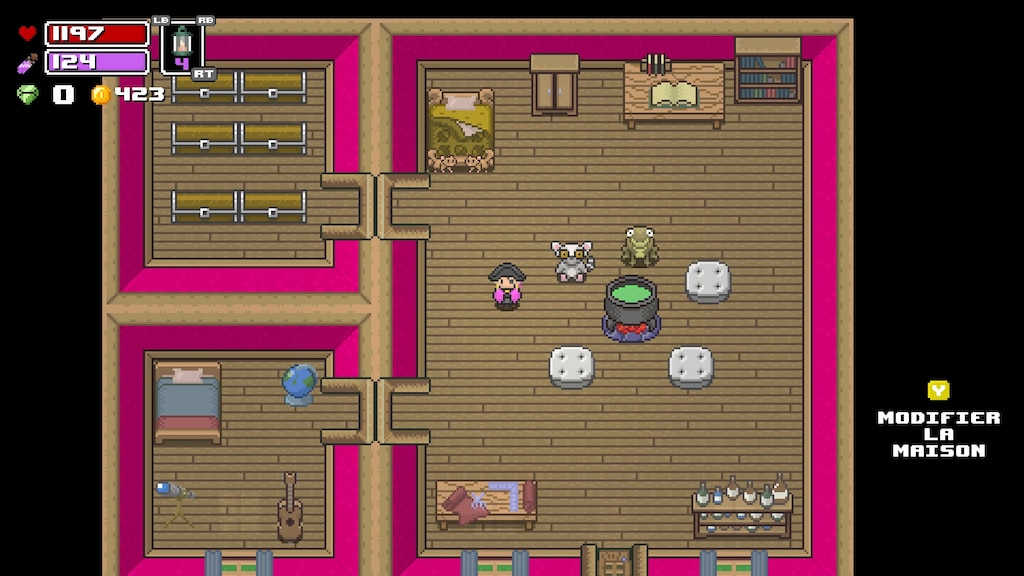 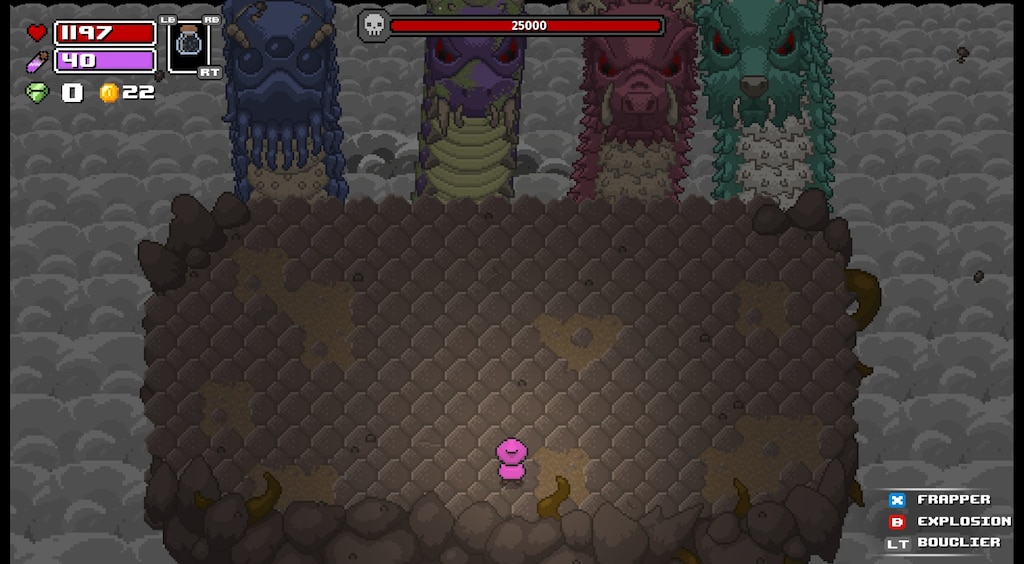 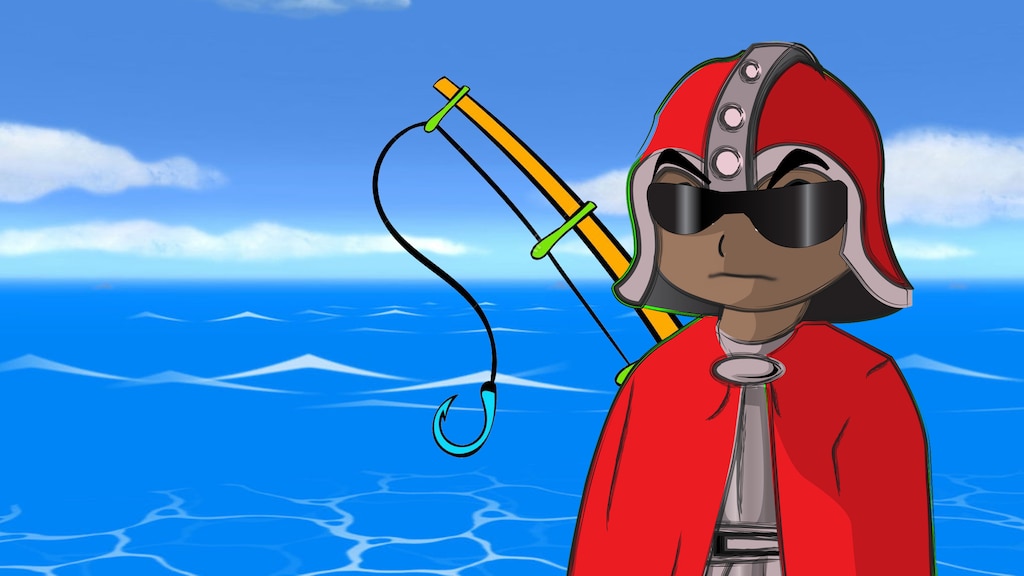 Thank you for all of your feedback following the Druids and Dungeons update! We received reports of a few bugs, and lots of feedback for improvement! Please find below all of the changes we'll be bringing in this next patch:

This patch is live now! As always, please feel free to let us know your feedback through the General Discussions on Steam. If you have any issues with this update, please report them to our [url]Report a Problem section![/url]

That’s all for now, Heroes!

As always, if you experience any issues or need assistance, you can contact our Support Team here in the Report a Problem section, who are on hand to help!. 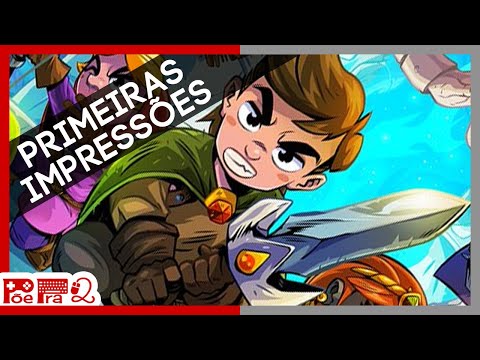 Not Recommended
0.7 hrs on record
Tried to play this with friends and found it chaotic and confusing. Felt like it wasn't giving us enough in return to try learn the mechanics and direction so we just stopped playing. 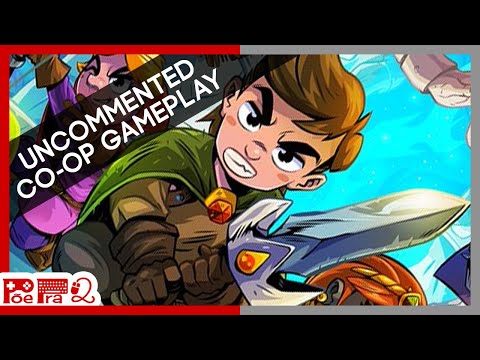 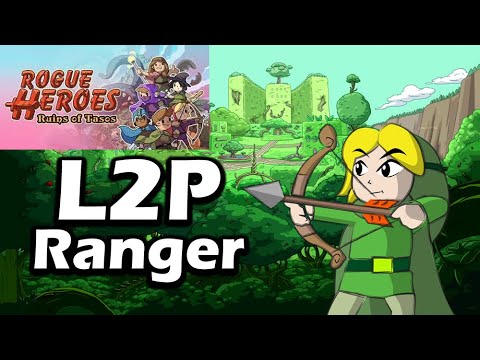 Recommended
15.8 hrs on record
This game brought the same type of enjoyment as LoZ Fourswords, though a bit less polished and a bit less nostalgia, but since it works online and has roguelite elements there's a lot of fun to be had overall. 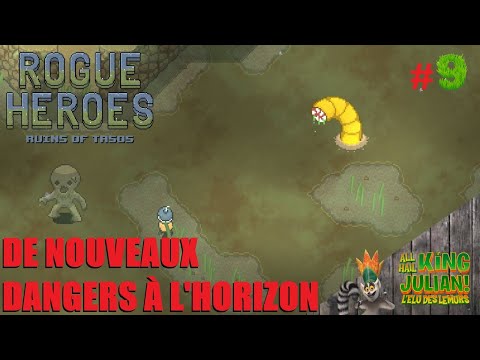 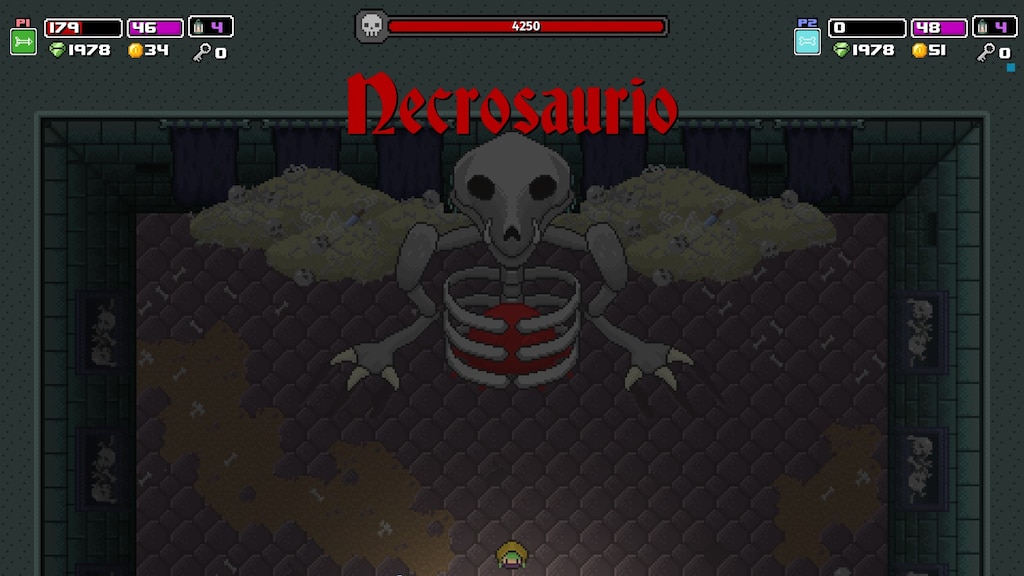 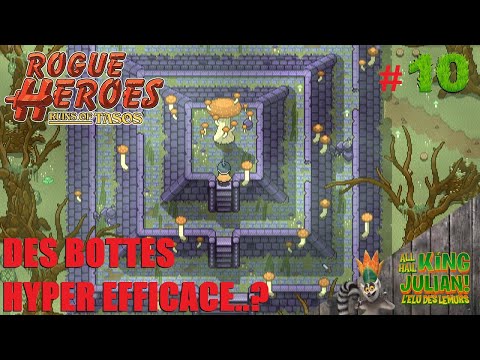 Jimothy Shingles
310 products in account
0
Save 60% on Rogue Heroes: Ruins of Tasos!
May 12 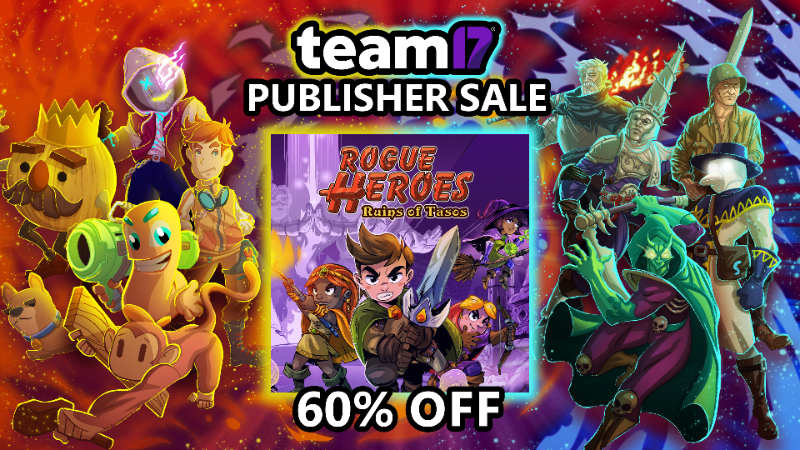 Rogue Heroes: Ruins of Tasos is 60% OFF during the Team17 Publisher Sale!

Rogue Heroes is a topdown, roguelite adventure game inspired by the Zelda franchise. Play solo or team up with your friends to combat procedurally generated dungeons and take down the evil Titans that threaten to overwhelm the land of Tasos!

Keep up to date, with all things Rogue Heroes! :