Fast-paced naval battles in a grim fantasy world of leviathans, warships & magic! Captain Orc, Dwarf & Human warships with tactical, ship-vs-ship-vs-monster multiplayer. Upgrade ships & crew to become the most powerful warship to sail the Abyssal Ocean!
Visit the Store Page
Most popular community and official content for the past week.  (?)
Maelstrom Season 2
Jan 23
Disclaimer: All information is subject to change. 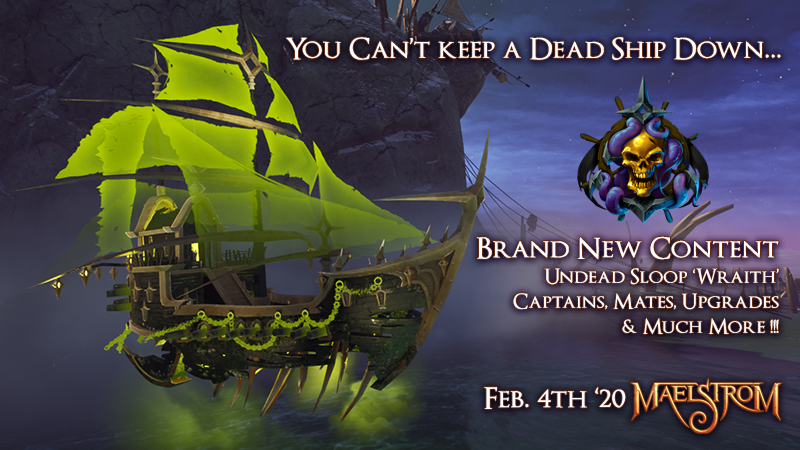 Introduction
Thank you everyone for your feedback, suggestions and patience. We are a dedicated team and we are continuing to work hard to make Maelstrom bigger and better!

A special thanks to those who have already filled out our Feedback survey but if you haven’t, please check it out here[docs.google.com]. Those who fill out the survey can opt in for a chance to win packages of 2500 Gunpowder (prizes will be handed out late Jan/early Feb).

We are very excited to be bringing you Battle Pass Season 2 for Maelstrom and the release of the Undead fleet!

Season 2 will begin on February 4th and is expected to run through the end of April.

Undead Fleet
Season 2 signals the arrival of the much anticipated Undead Fleet consisting of Wraith, Undertow and Dread.

Wraith has some of the highest base top speed and turn rate in the game, rivaling Cinder and Cleaver respectively, though a lower than average deceleration means gives the ship a floaty feeling and requires more accurate maneuvering.

The Undead sloop has no frontal cannons, but features a robust 10 cannons on both sides as well as the aft. The addition of a large number of aft cannons significantly impacts the strategic options available to a Wraith player compared to existing ships where the rear is often the most vulnerable point on a ship.

Ship Passive
Ghostly: When damaged by enemy ships, Wraith turns ephemeral for a short duration and projectiles pass through it harmlessly!

This passive enables Wraith to play more aggressively or successfully get away without taking damage. It can also allow allies to attack enemy ships without fear of friendly fire. 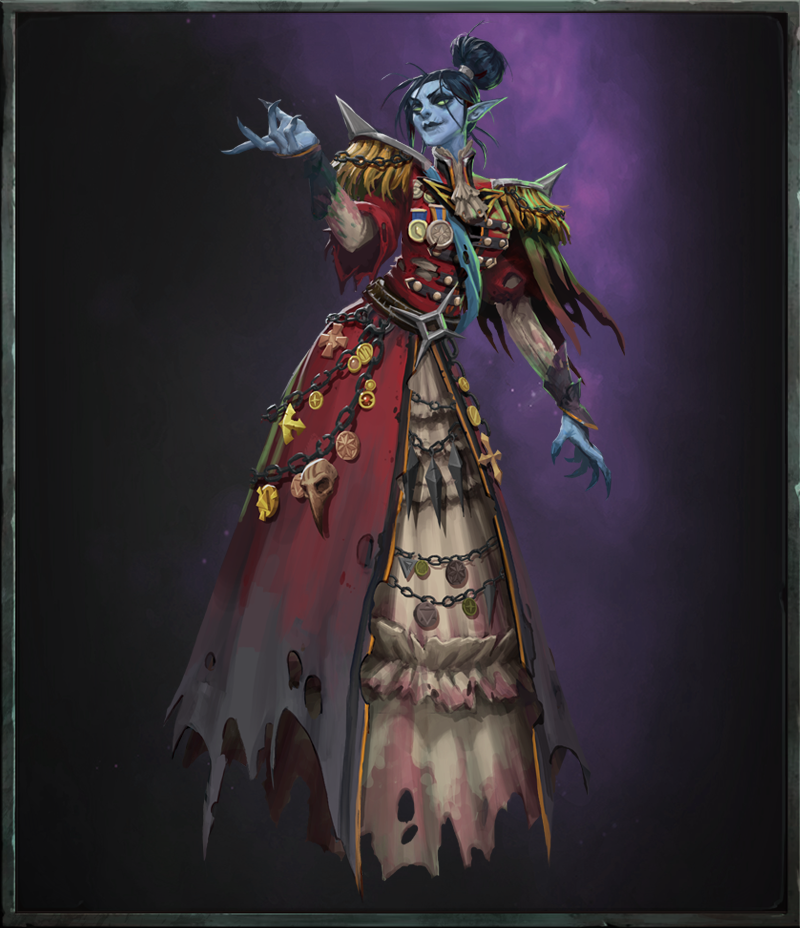 Merriden 'Windreaper' Harrowfel is the daughter of Axton Harrowfel. A shade of who she once was, now twisted and delighting in the power granted her in undeath.

She has the ability ‘Darkest Door’. This ability allows players to teleport forward after a brief charge time. This ability can be used in Dead Waters or even while being boarded! 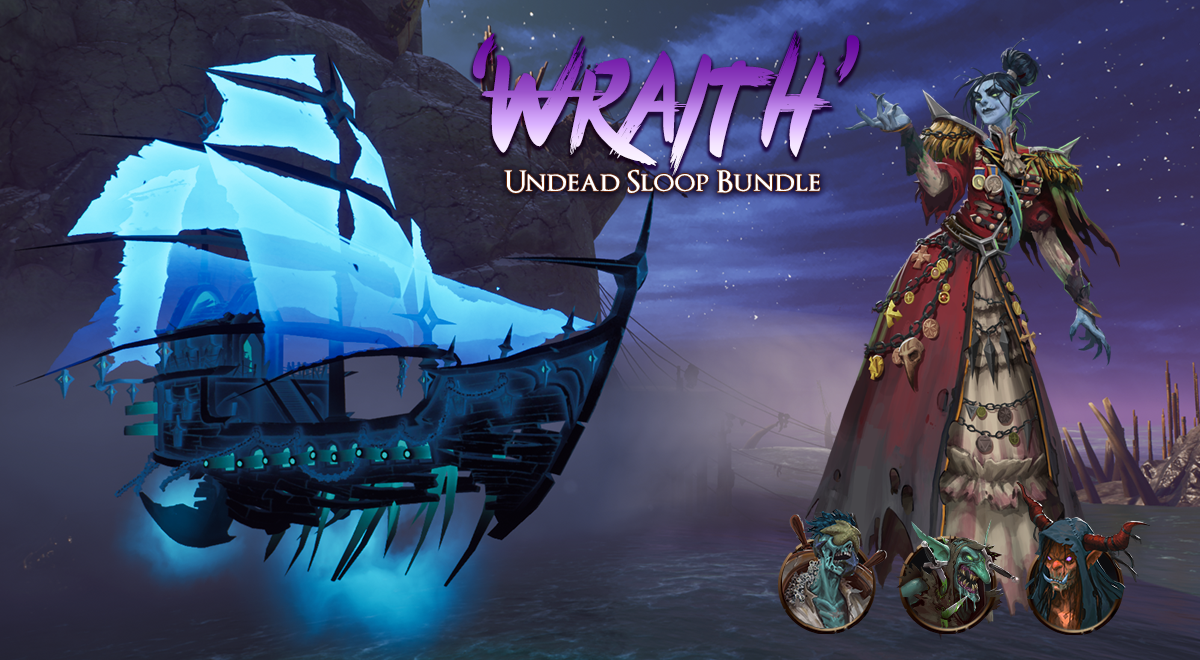 Upgrade Your Fleet
Upgrade your fleet with the ghostly Undead sloop Wraith and her crafty Captain Merriden Windreaper Harrowfel.

Bundle Contents
This bundle will be available for 25% at launch for $14.99 and is available to be wishlisted now!

The ship will also be unlockable in the game once the Season officially begins.

New Battle Pass
A brand new Battle Pass will be available complete with new cosmetics, titles, and other goodies.

Leaderboards
Along with player stats, players will be able to compete on Weekly Leaderboards. Placing on the Leaderboards will reward both a Medal as well as other prizes.

Leaderboards will measure both solo and team modes in a couple of different categories, allowing different types of players to compete. 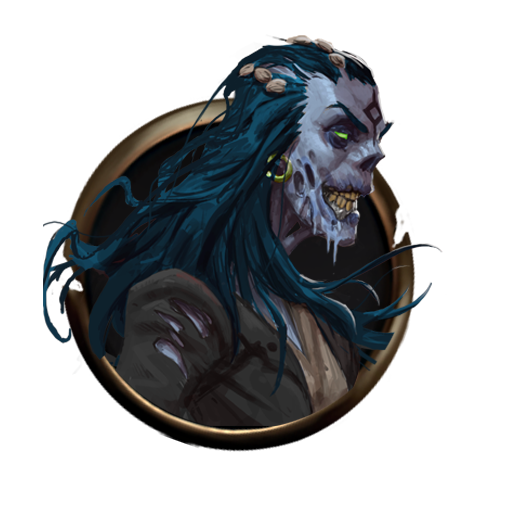 In addition to new Undead mates, we will continue to introduce new Legendary Mates each month throughout Season 2.

The next Legendary Mate will be a Shipwright released with the start of Season 2.

New Traits
New Traits (both regular and legendary) are being added.

The following Traits will be added:

Normal Traits
Guarded
+10% Armor Resistance while in Fog or Stealthed

Disruption
When ramming an enemy ship, that ship has -50 Hull/Armor/Sail Repair for 5 seconds

Rudder Crusher
When ramming an enemy ship, that ship has -50% Turn Rate for 5 seconds

Dominion
After sinking an enemy ship, gain 3% Damage for the rest of the match

And More?
There are also a variety of other features and improvements that we are working on which will be included during Season 2 such as Stat Profiles and Steam Achievements.

Watch this space for more details to come!

Maelstrom
9
57
Should I upgrade the ship or not?
Is it better to upgrade or just use the original set? I dont wanna fight stronger enemy though
1

47
Jan 26 @ 10:48am
Maelstrom Discussion
Player count
I'd like to try this game out, but I have some questions about the player count... I see people saying it's a dead game, and I see people saying finding a match should take under 2 minutes. I dunno what to believe. When I look it up, there are not more th...
23 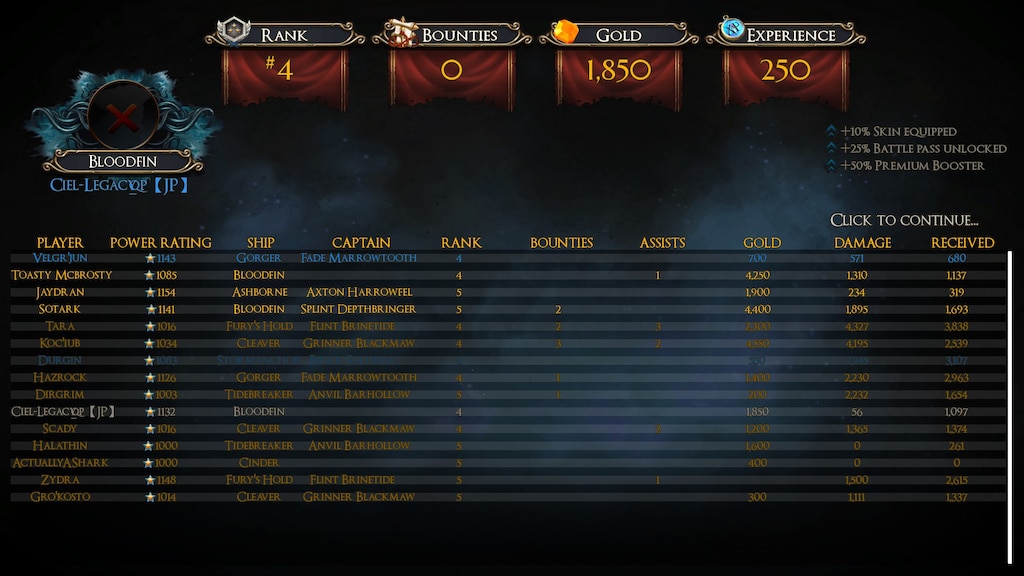 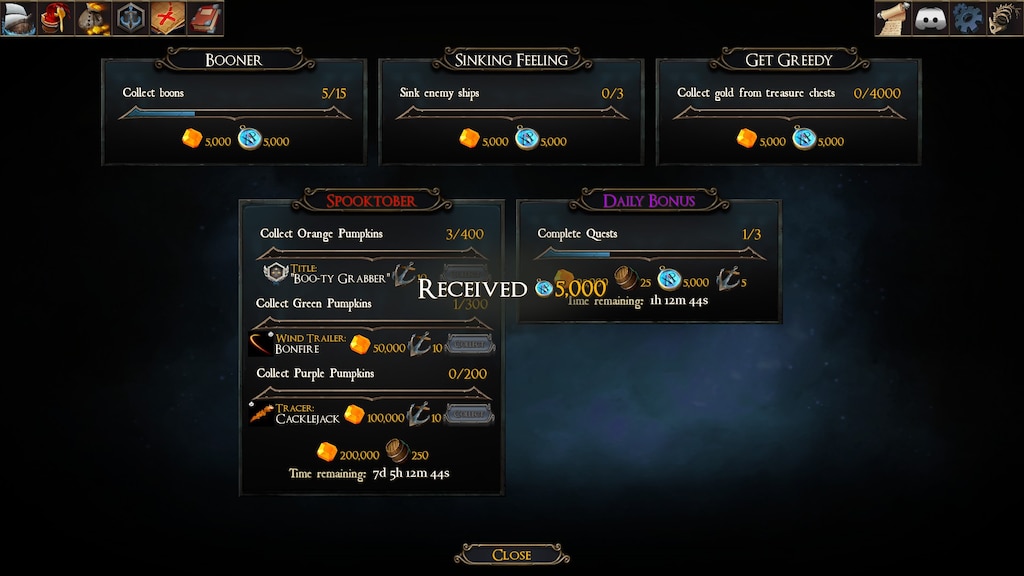 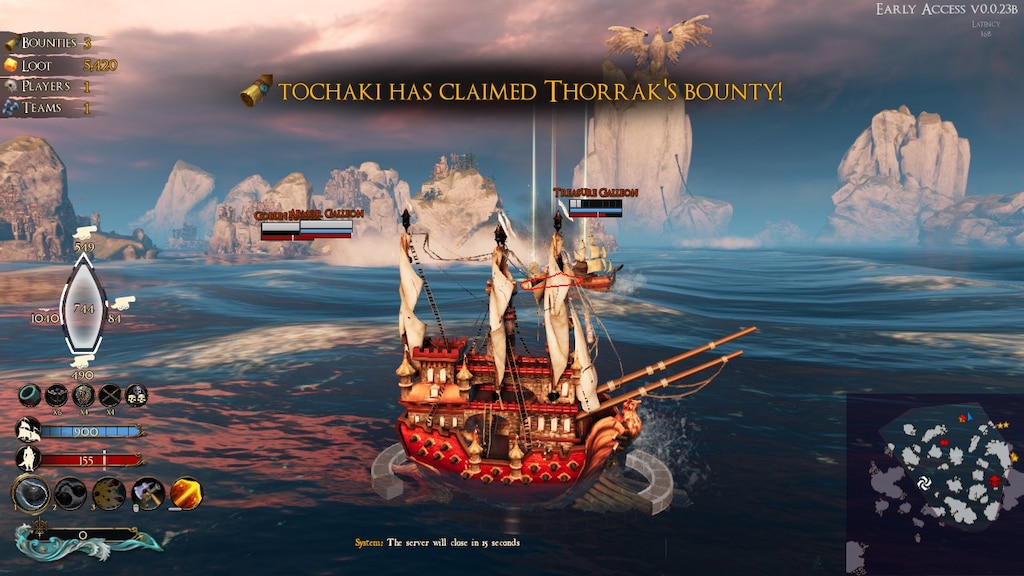 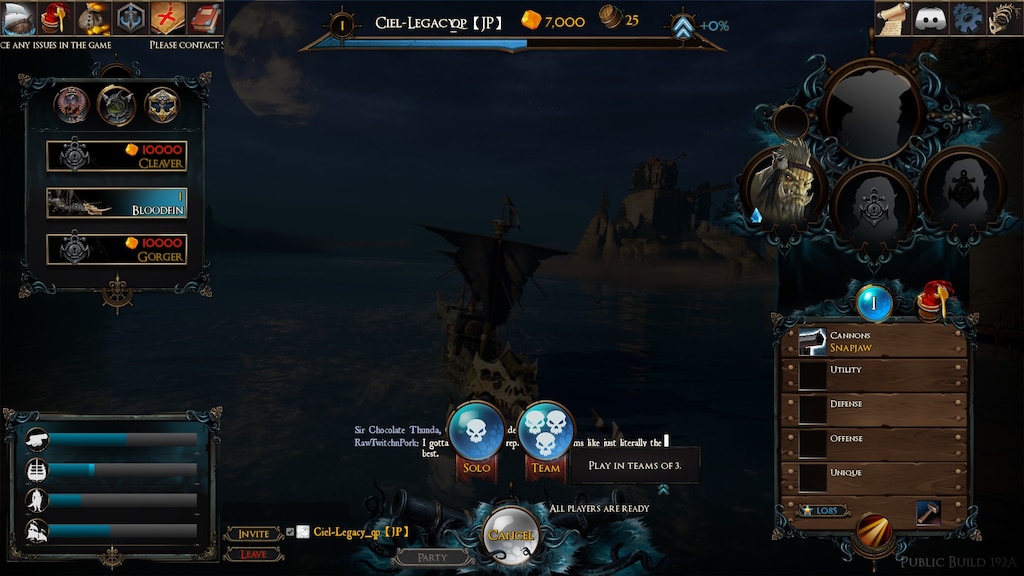 Cleaver guide. Two builds for a price of one ship!
Cleaver is an unique ship that has two very strong builds. It is very good gold investment as you get two playstyles for a price of one! This guide describes both of them as well as match-ups versus every ship.
5 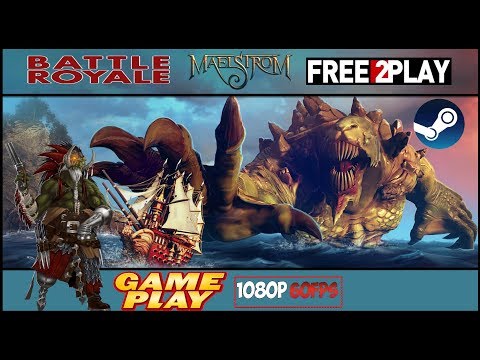 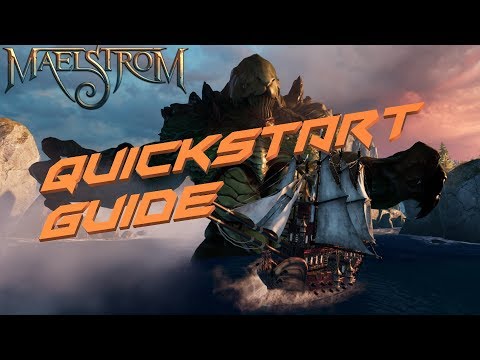 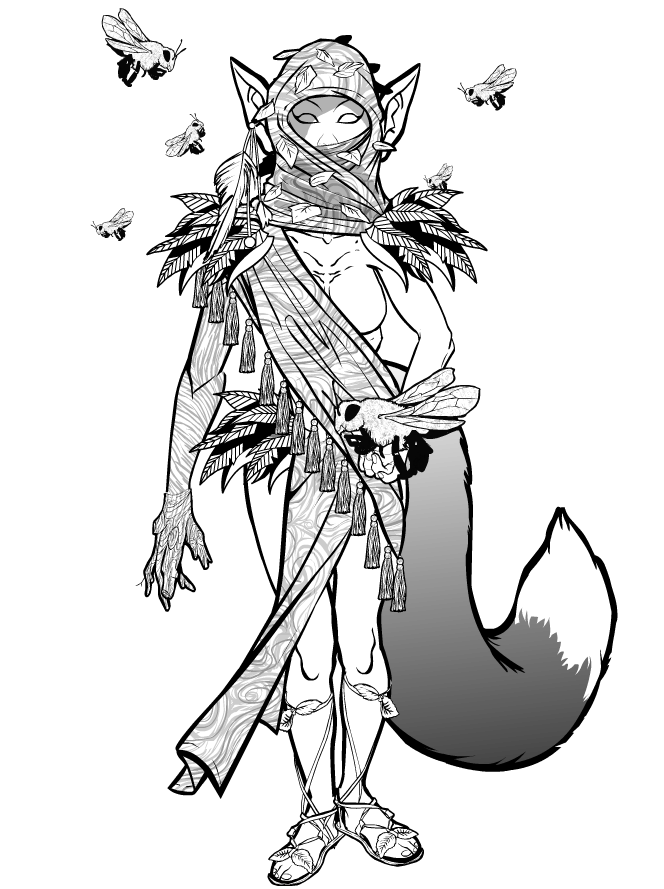 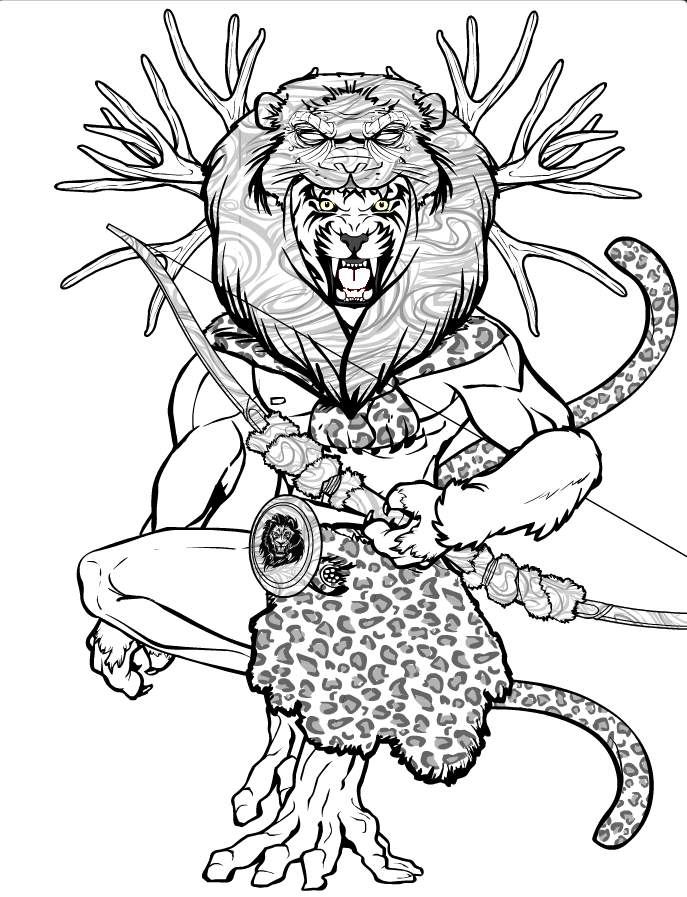 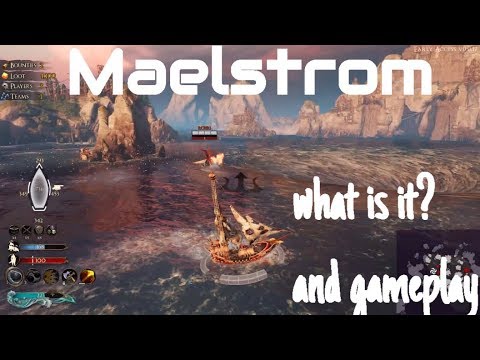 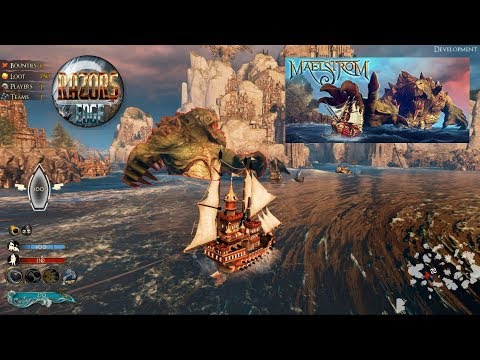 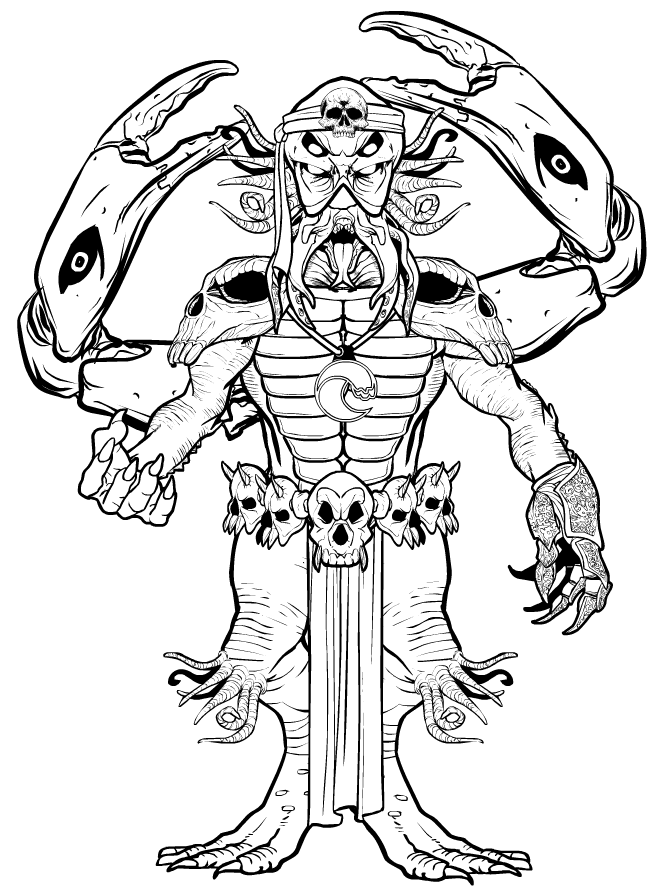 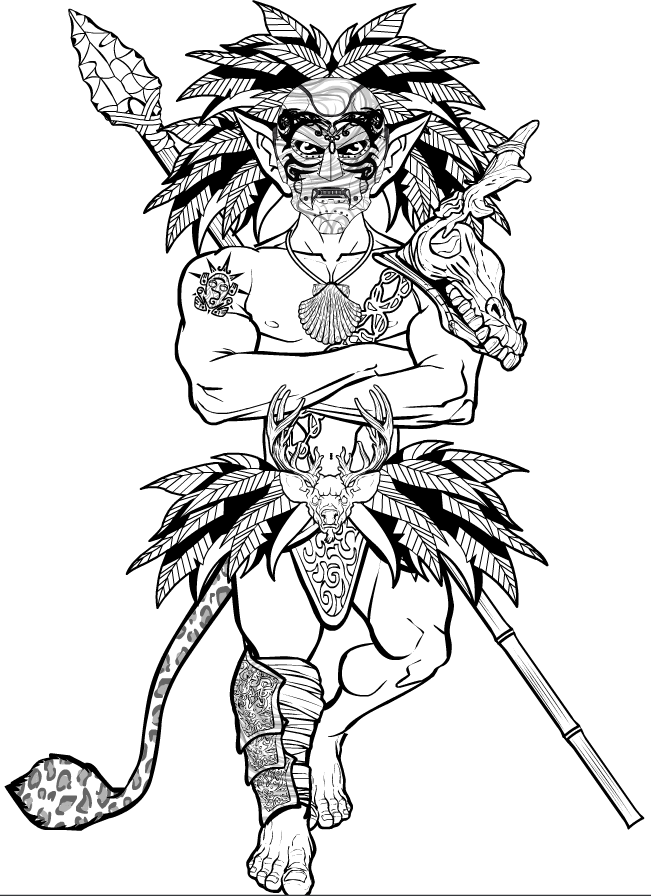 Ram and Board.
This guide will tell you how to ram and board people until they die.
6

Recommended
27.4 hrs on record
its no ground breaking concept, you're a pirate ship (human/orc/dwarf) who can use 3 types of ship depending on your faction (sloop/frigate/battle ship) and you fight each other in a open map that shrinks over time due to the dark waters that circle around the map.
besides that, I really enjoy that game. had bought it in early access but its still pretty fun too play.
as it seems to still be in development I'm curious how the game continues to grow but I recommend it to anyone that wants to be a pirate. 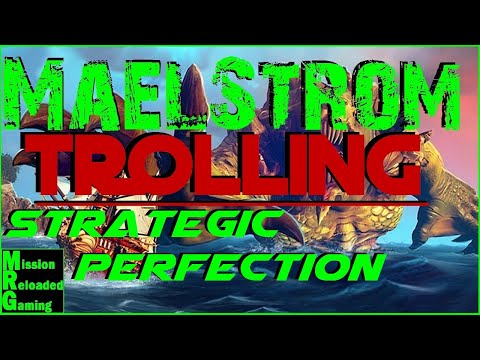 Rutleif Breistein
View all guides
Dead game
Been trying to play teams but had no luck with que's is the game just dead now? shame was really enjoying it
23

Chompski
Dec 5, 2019 @ 10:27am
Maelstrom Discussion
Why i quit this game
In case the devs read the forums i just wanna leave an explanation why i dont have fun with this game anymore although it was the first battleroyal i started to like. pros: - the cannonfights are fun and satisfying and have lots of variety - thanks to bo...
23

Bimmelkaes
Oct 21, 2019 @ 1:13am
Maelstrom Discussion
No one has rated this review as helpful yet

Not Recommended
0.3 hrs on record
Trash

DevlinBlack666
60 products in account
0
The game is awesome. But, what's the game company's publish team doing?
I think this game is really great and high quality. But, no one knows. I even find fun games in the steam game list once a week. But I played a year after it was released, and now I know it's really fun and well made. I think there are two main problem. ...
7