Classic First Person Shooter style game. Like the good old days.
Visit the Store Page
Most popular community and official content for the past week.  (?)
2019 Recap Video 🤓
Dec 31, 2019
Hello, brave soldiers! How was your 2019?

Hope it was awesome as hell! Ours was more busy than ever before... But it was great!

So today we have a short video recap for you, it's only 2 minutes of me talking to the camera.

It's in spanish, but it has ENGLISH SUBTITLES. So turn them on!

https://www.youtube.com/watch?v=YASo6C6CP0c
And now we can tell you... 2020 is going to be the year for Hellbound!

Best of wishes to all of you!

Tobías Rusjan and the team at Saibot Studios

Hellbound
3
83
HELLBOUND DEMO IS OUT! Official Feedback Thread
HELLo everyone! Now that you can try a level of Hellbound’s campaign, we can’t wait to know what you think about it. Your opinions and insights are priceless to us! Just take into account that that the game is still in development 🤓
37

And here is a picture of us (Tobias, Viktor and Fernando) in a "picada" provided by our partners at Nimble Giant Entertainment for our game Hellbound 👌 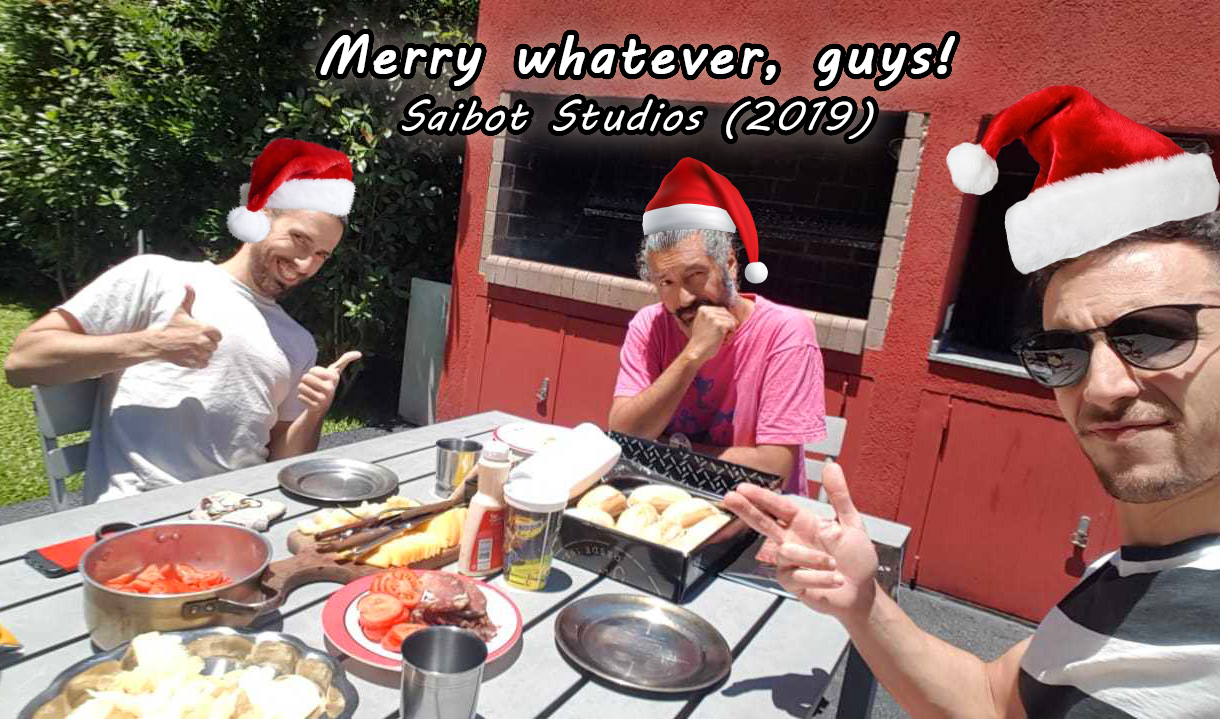 
All of our Doorways games are on sale, check them out!!

Cheers from the team!

Even though we are working hard on the campaign, we have for you a Demo update based on your awesome feedback! 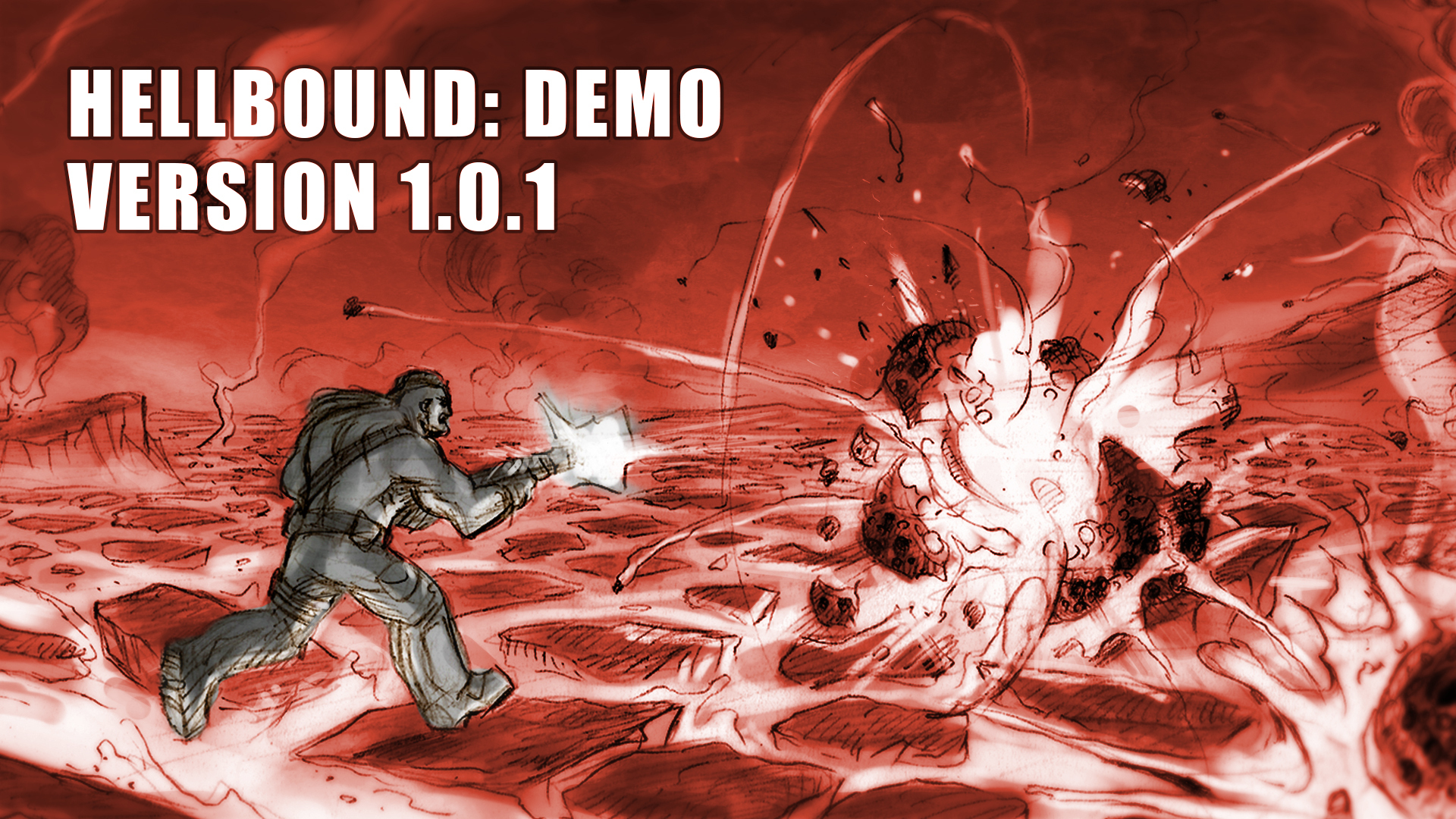 Included in the changelog below you will find bug fixes, improvements and also tweaks to the core mechanics.

The game is still in development, so keep sharing your feedback here 👍


Have a hell of a weekend, guys! And don't forget to add the game to your wishlist!

Tobias Rusjan and the team at Saibot Studios

- Increased the range of the Head Crusher
- Motion Blur is now disabled by default
- Removed item magnetism from the Options Menu
- Rebalanced gravity and jumping to make it more fluid
- Added momentum to character movement to make it feel more organic
- Max Shell amount for Triple Shotgun increased to 60
- Made Lava boundaries more clear
- More health and armor pickups
- Collision area for pickups increased
- As of the survey results, we removed sprinting and increased the running speed

- General Collision fixes
- Enemies appearing from nowhere fixed
- Fixed a bug in options menu that reseted the Motion blur option
- Armor and Health rounding issues fixed
- Fixed a bug that prevented the Doors to make corpses explode upon
- Fixed item displacement over time
- Doors no longer get stuck when an enemy body is underneath them
- Pickups fixed for demo
- Autorun is now off by default
- General main menu fixes:

Hellbound
17
61
Feedback on the demo
Hi Guys, Been following since forever. Couple of things: -Let me remove Motion Blur! I hate Motion Blur and it's even worse in a FPS. I cannot remove it at all and it's annoying as hell. -Save anywhere? Is the game game going to be based on single runs...
29

daemonnnn
Dec 22, 2019 @ 6:34am
General Discussions
8 things that must be fixed
1 - movement feels very wrong. you startout slow and it gets faster. this takes like a second but feels very wrong. plus the jump is weird too. 2 - overall sound effects. guns do not have punchy sound. it feels weak. players can't feel the impact. theref...
28

세불바
Dec 7, 2019 @ 11:29am
General Discussions
Way too hard
This game would be fun if the health pickups actually gave any health. +1, +5... are you kidding me? It's impossible to replenish health. So instead it becomes a memorization battle. Learn where the enemies are and kill them before they hit you. In a...
23

bachelor
Dec 15, 2019 @ 5:38am
General Discussions
Speedruns - Your Fastest Time? + how timing works [screenshots & videos]
If you open up a recording in video editing software, you should see an audio fragment after a death in the audio bar. I'm fairly certain, 99.9% sure that's where the timer currently starts timing from. So if you edit a video and notice the time is differ...
17