In Five Nights at Freddy’s: Security Breach, play as Gregory, a young boy who’s been trapped overnight inside of Freddy Fazbear’s Mega Pizzaplex. With the help of Freddy himself, Gregory must uncover the secrets of the Pizzaplex, learn the truth, and survive until dawn.
$39.99
Visit the Store Page
Most popular community and official content for the past week.  (?)
THE STEAM AWARDS 2022
Nov 22
Hey folks!

The annual Steam Awards for 2022 is here!

We’d be extremely honored if you consider Five Nights at Freddy’s: Security Breach for the “Outstanding Visual Style” category. 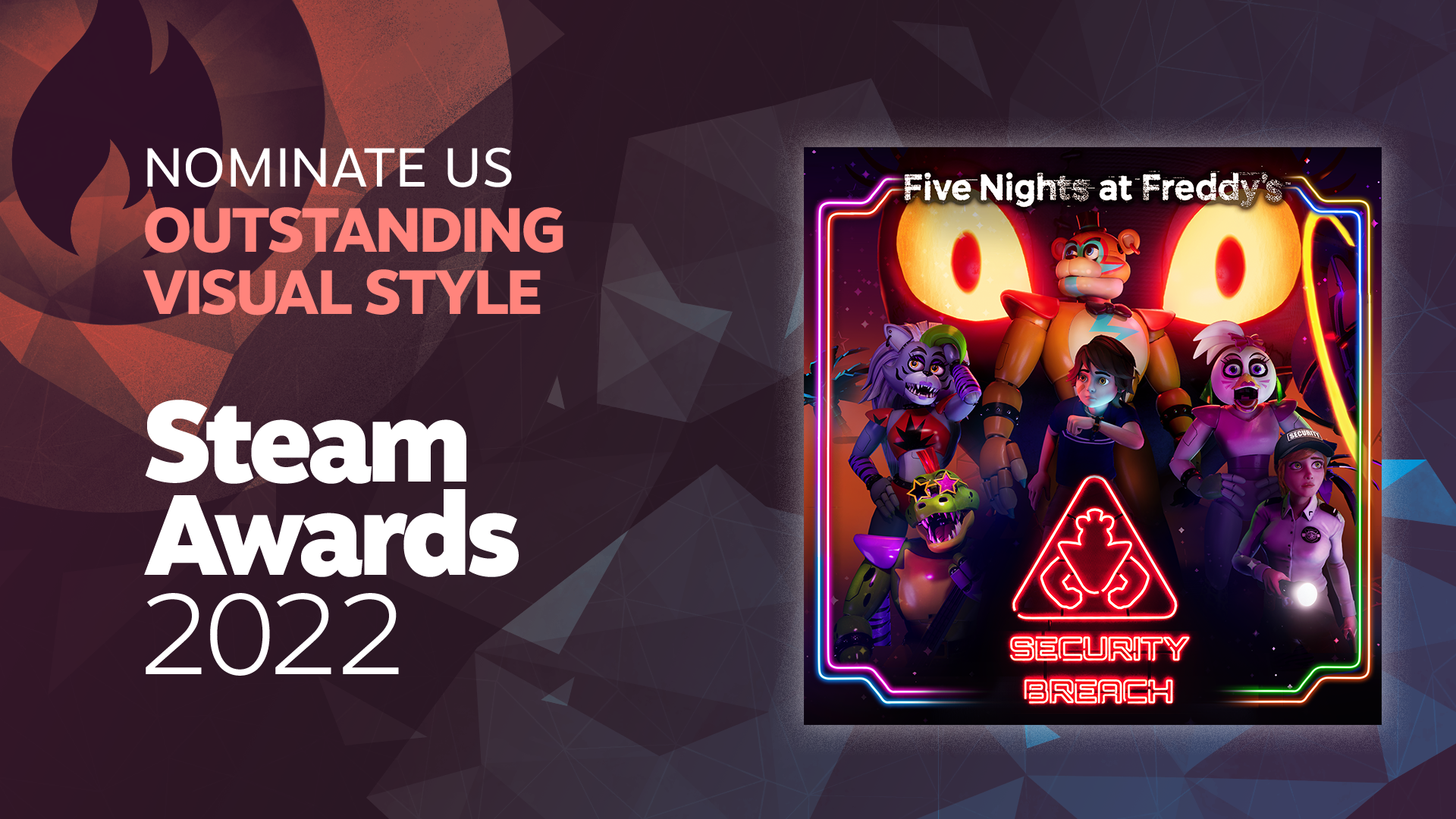 We felt that we achieved a unique look with Security Breach, kick-starting a new era of Five Nights at Freddy’s. We hope that after a full year of sneaking around in the Mega Pizzaplex, refusing maps from Map Bot, and hiding in Freddy’s stomach hatch, the story of Security Breach is one you’ll never forget…

No matter the results, we've seen how much you’ve supported us over the years, and that is already a win for us!

Five Nights at Freddy's: Security Breach
1,305
109
Freddy Fazbear's Mega HypePlex
Welcome to the HypePlex! What is this thread? It's become a tradition ever since SL, that with every new release, we have a megathread posted as a hub for hype, discussion, and for regulars to meet! This is where stories are posted, we discuss theories aka flamewars- , discuss other topics not related to FNaF, and just get hyped and discuss! Enjoy your stay! A message from our benevolent dictators honorable moderators: "You may post your complaints ♥♥♥...
47,636

How to find freby fakber
This is a tutorial on how to hind Freby fakber, this is a long and challenging process but it will all be worth it to see freby fakber
141 ratings

a unique and interesting name
View all guides
Guide 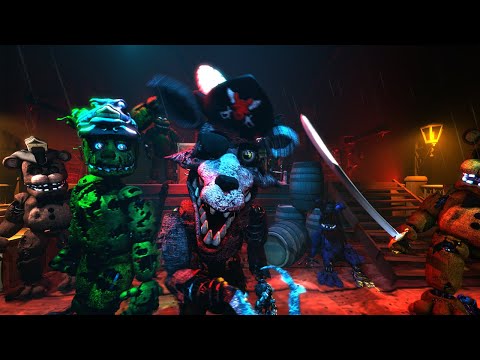 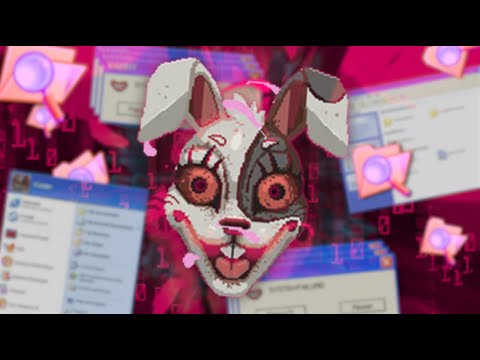 Recommended
55.7 hrs on record
I'm a simple farmer and fan of the series, rest assured once my harvest is tended to I love to play this little bear game. Don't you worry bout that dang ol' unplayability there, partner- I played this damn game on LAUNCH. I WALKED so that you could RUN. Don't you DARE tell me how hard this game is, I BESTED every trial. No machine nor generated augmented reality can best my cattle and crop knowledge, as I have stated I am a humble and simple farmer.

I will give this game, my all time high, 8 golden apples out of 10 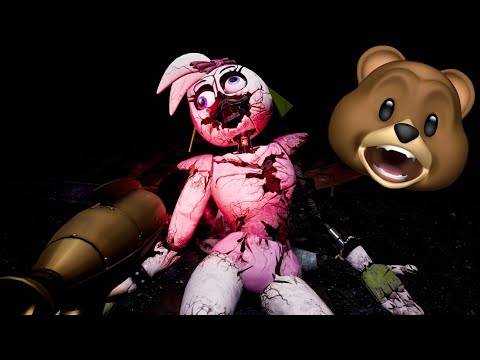 Recommended
9.9 hrs on record
This game is good, but missed the opportunity to be great.
I was really hoping for Security Breach to be the episode where the franchise could mature up and stop relying on jumpscares.

I was wrong. The game is an aggression, lacking breathers in-between sequences. Everytime you get out of a sticky situation, you're directly shoved back into another panic, leaving no time to assess what you've just survived.
The problem is this: I cannot understate how incredible the map is. There are details everywhere you look, the place feels massive yet within reach, and the atmosphere is sooo gloomy in its own way, all while exploding with colours - but you can't take it in. It feels like the devs wanted a more atmospheric experience, then were slapped on the wrist and therefore spammed the robots.
Good, but not great.

Speaking of the latter, I love the memorable character design so much. Bonnie is gone, replaced by Montgomery Gator and Vanny the Bunny, and that's a straight upgrade in my humble opinion. Especially Vanny. What a character. The devs had this jarring character, with a great entrance, and she knows exactly where you are, but she's not going to chase you running, just playfully skip along in your direction while your character goes mad. She's paranormal scary. But then the devs ruined it by keeping the patrol robots and other animatronics spawned in, which is such a waste. She should have had her own sequences.
Good, but not great.

Also you're playing Gregory, a small and fragile kid in a large and hostile environment, and you can rely on the help of the big and strong Freddy, although he is a bit dumb and useless. Think about this concept again: since 2015, we've never had to trust an animatronic, and the devs explored how effective this Freddy-Gregory dynamic can be, yet kept its unsettling and uncanny nature apparent. Freddy is a safe armor, however his glowing eyes in the dark will remind you that his kind stems in murder. All that would be great, if not for the duo being separated too often by, all in all, arbitrary reasons. So it's just good.

So many good ideas too. I like the integration of the security cameras at all times - even if the map is meh. I like the omnipresence of hiding spots. I like that one fake jumpscare where you acquire a map. I like the multiple endings and their cutscenes. I like the lore and how everything fits together. I like Sundrop and Moondrop. I like the gun and the fact you can damage the animatronics. But (and that's a shocker, I know) I don't like bugs, and there are a lot of them. People have already talked in great lengths about them so I'll leave it here. Again: good, not great.

The result is a game that numbs you to the point where you just give up and play it frantically like an arcade experience.
However, fear is an emotion that can be enjoyed, like the burn of pepper on your tongue, great horror games making fear very much a blast by pacing themselves. And Security Breach failed to be a great horror game, probably because the devs are afraid of dropping the staple of the FNAF franchise: its abundance of jumpscares. And while it would be absurd to drop them entirely, dear developers, there will be a point where their reinvention will be necessary.

So I recommend the game, but in the state it is when I write this review, it needs two things:
1. A difficulty slider that will completely overhaul the spawns and behaviour of the robots. Let the map spook me.
2. A comprehensive fix of all the bugs.

Other than that, play Security Breach. It's good. 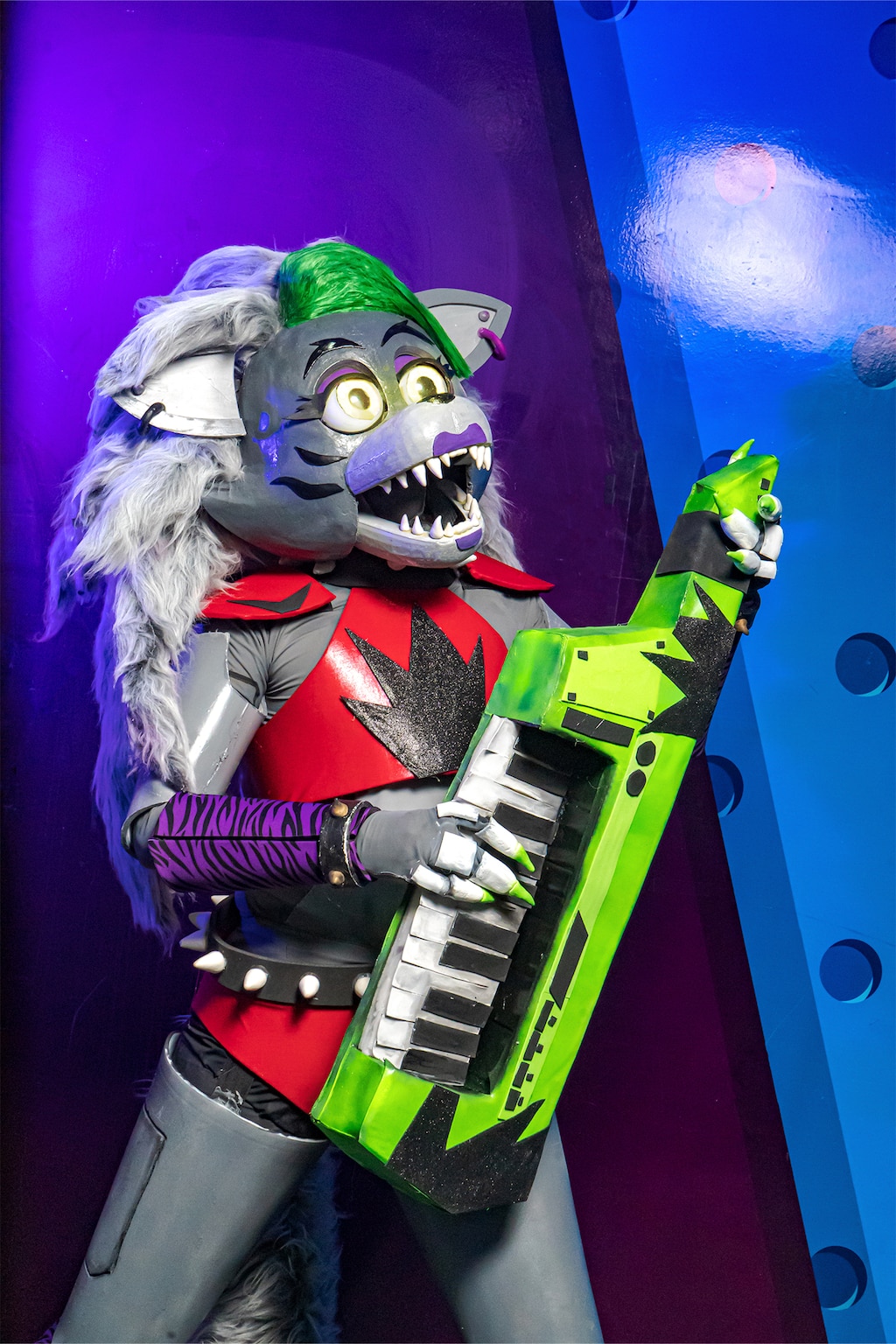 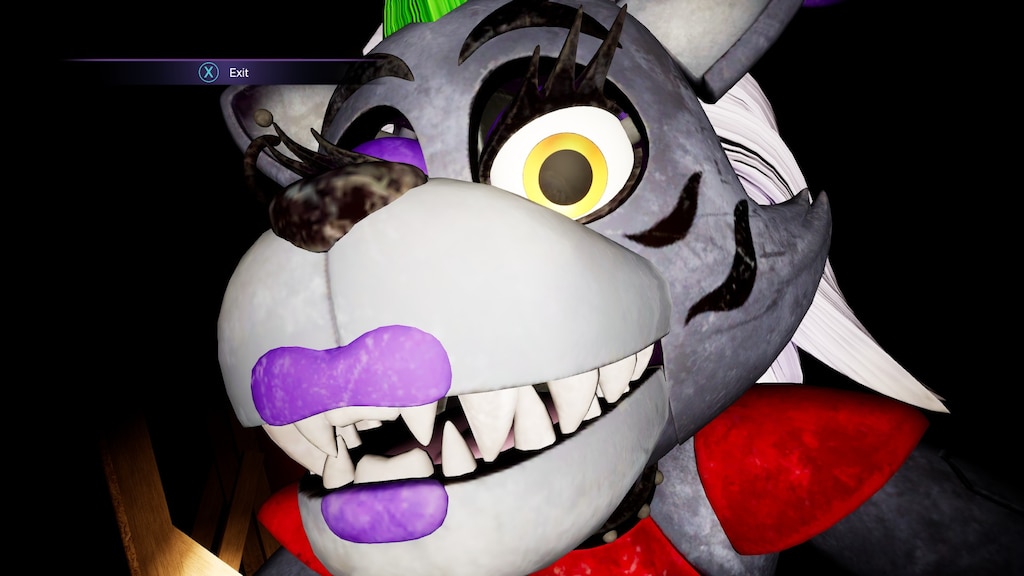 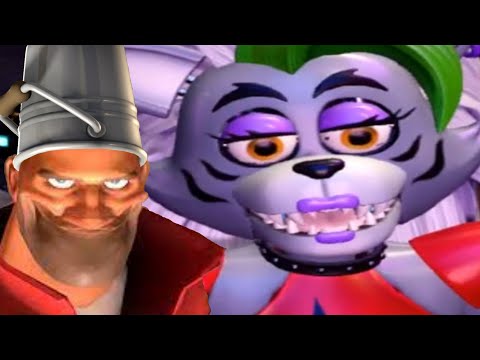 Recommended
0.8 hrs on record
Product refunded
Game wont run on my laptop but im about 80% sure thats a good thing 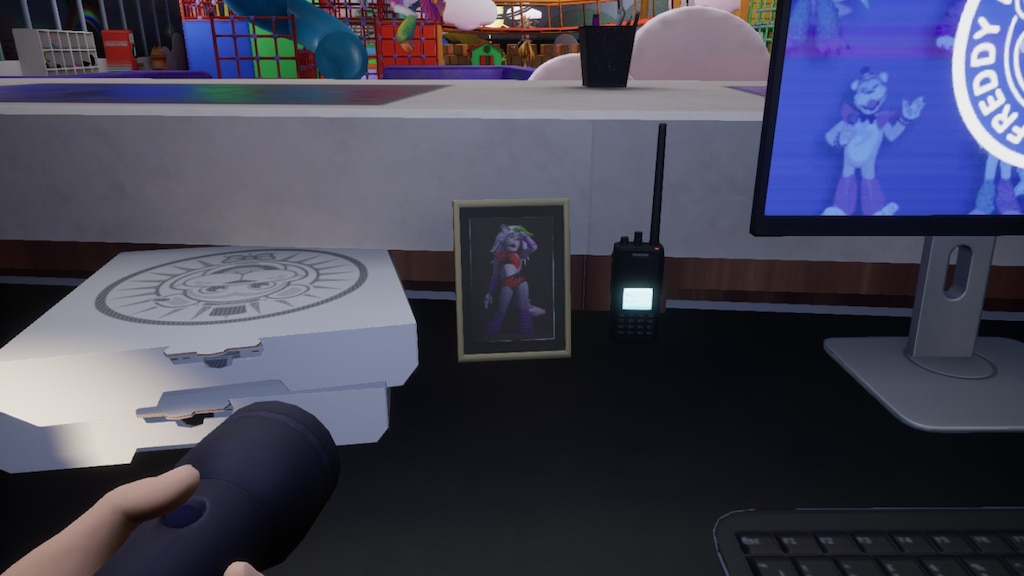 0
2
the gaurd is a simp for roxane 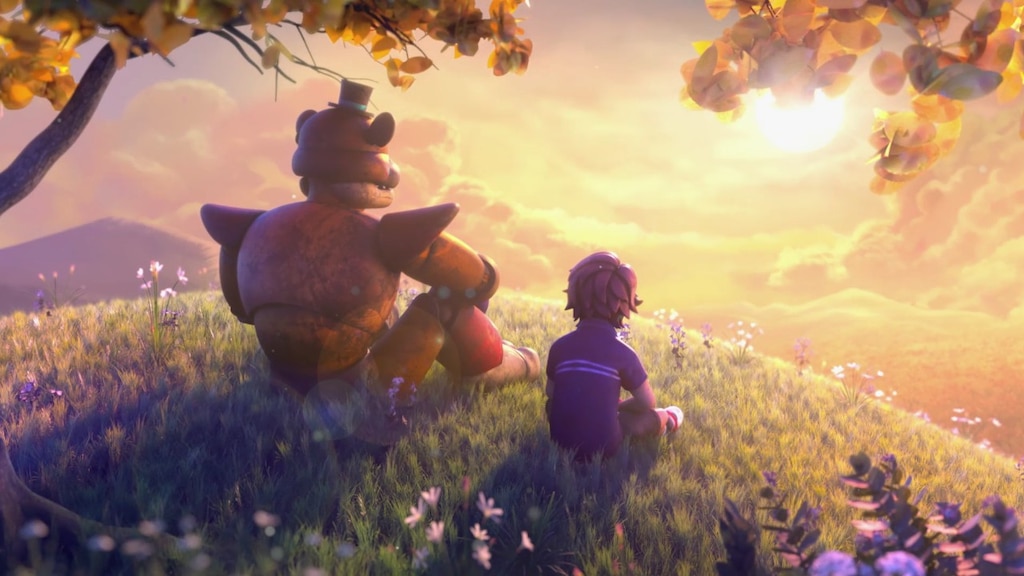 0
3
Merch for Five Nights at Freddy's! 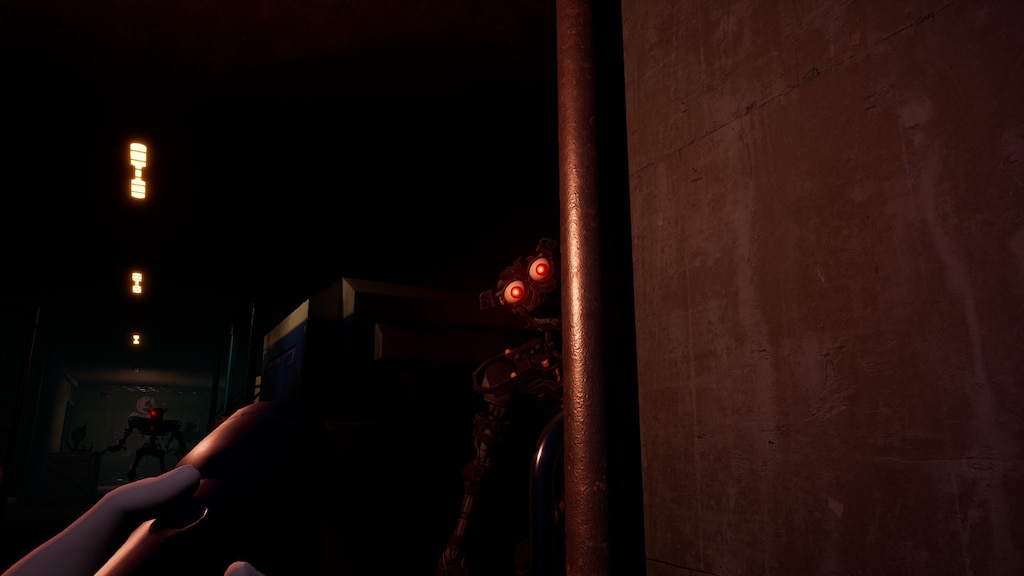 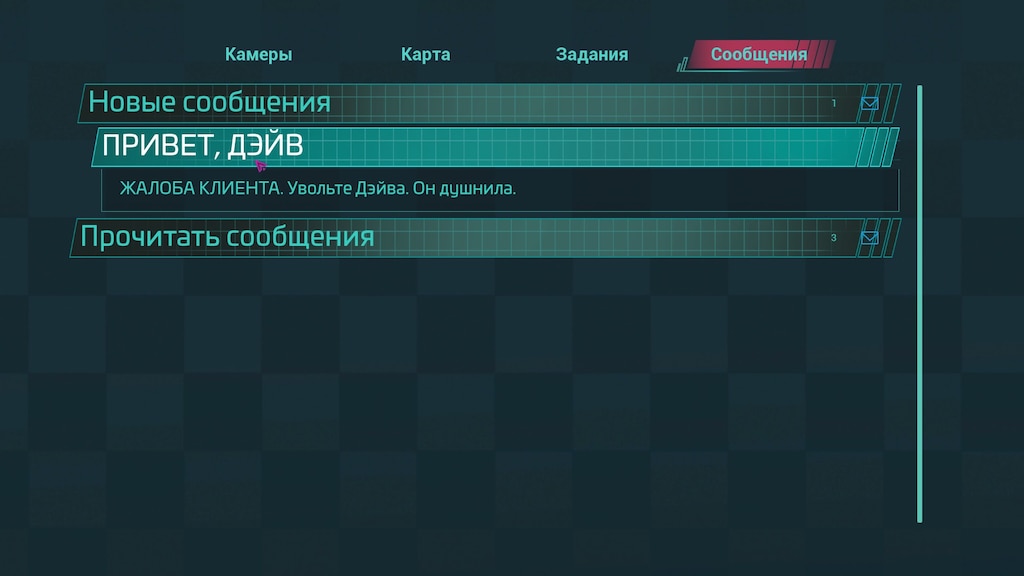 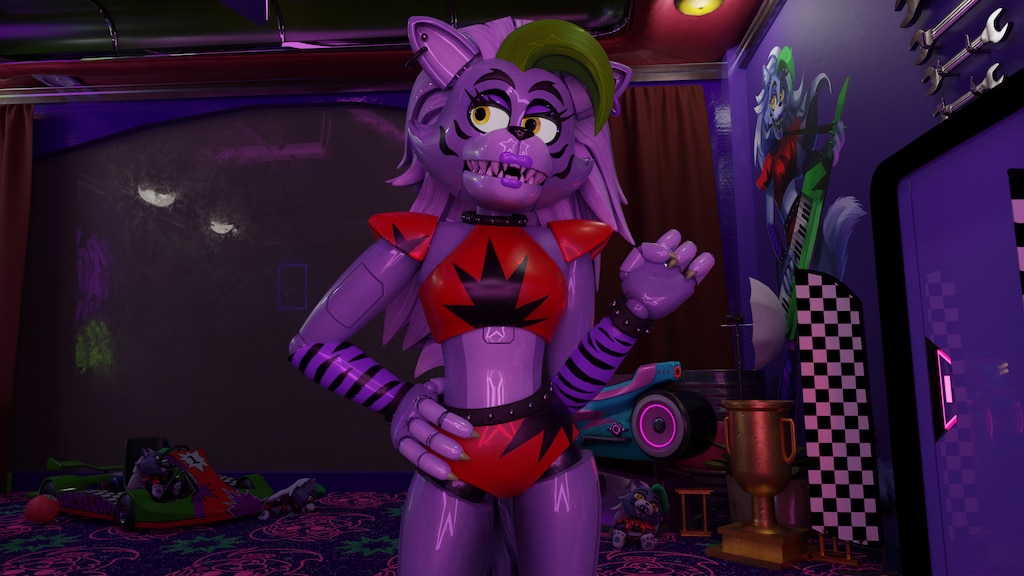 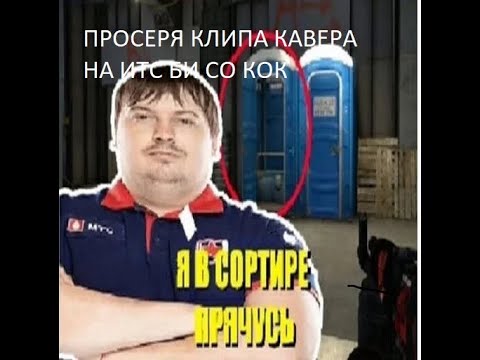 Ytro chetverga
View videos
Bug Reports
We've been seeing a lot of bug reports today, so here's a place to put them. From here on out, report the bugs you experience here. All community guidelines still apply, please be respectful to the developers. Also, always be on topic, you are here to either report an issue or help someone fix their issue. Anything else will be counted as spam. Also, I would HIGHLY recommend sending your reports to SteelWool directly, as they are more likely to be seen there. Only submit reports directly if you're sure th...
1,589

WeltaChara (Status: Celestia)
Nov 28 @ 4:17pm
General Discussions
Monty Did Not Murder Bonnie, Part 1: The Fishy Missing Report
MISSING SECURITY REPORT - 12:24AM - Bonnie is seen leaving his green room in Rockstar Row heading East towards the atrium. 2:40AM - Bonnie enters the East Arcade. 4:12AM - Bonnie enters Monty Golf. At first glance this report seems simple. But there are actually several problems with it: #1: “Freddy! You’re supposed to be on lockdown!” Yeah, you guessed it. Why the hay is Bonnie out and about when the bots are supposed to be sequestered in their spaces? This is further supported by only the Daycar...
7

Amazingspore1026
Nov 28 @ 7:39pm
General Discussions
Save Data Wiped??
Game crashed and all my saved data got completely wiped. Is there anything I can do? This happened not long after beating Morty (my first chosen pathway) when I tried saving then exiting the game. The game froze then just closed itself. Now there's zero save data....
2

BB | KSS
7 hours ago
General Discussions
Fnaf Theories!
So there are a lot of theories for Security Breach, and I would like to share! Firstly, could it be possible if Vanny/Vanessa had a kid (aka the DLC Girl)? Also, I think Vanny may use an illusion disc, as the description in the Trilogy states that it makes a high pitch ringing sound. Please tell me your thoughts/theories!...
18