Discover the original co-op shooter-looter, crammed with new enhancements! As one of 4 trigger-happy mercenaries with RPG progression, equip bazillions of guns to take on the desert planet Pandora.
-67%
$29.99
$9.89
Visit the Store Page
Most popular community and official content for the past week.  (?)
problems?
anyone having problems with this game, like it locking up or freezing or even closing out completely? at first i thought it might be steam itself, but this the only game I'm having issues with.
2

SHiFT Codes 2022 Edition!
I only post working SHiFT codes. I will continuously update this guide when new codes come out. If something has expired or not working anymore, let me know and I'll remove it. Newest SHiFT codes will always be posted on top of the list![/b...
147 ratings BL1 Perfect Parts Guide
Some conclusions that might help you decide which gear to pick up and use, and which gear to sell based exclusively on the tier/or rating given to each individual part on the gun. I'm still learning about the game, so this guide will change, be added t...
68 ratings 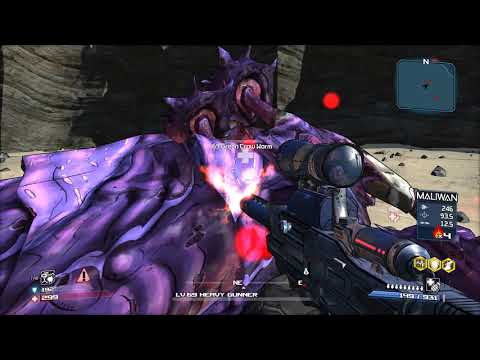 1
6
Borderlands GOTY Enhanced - Everyone against Crawmerax 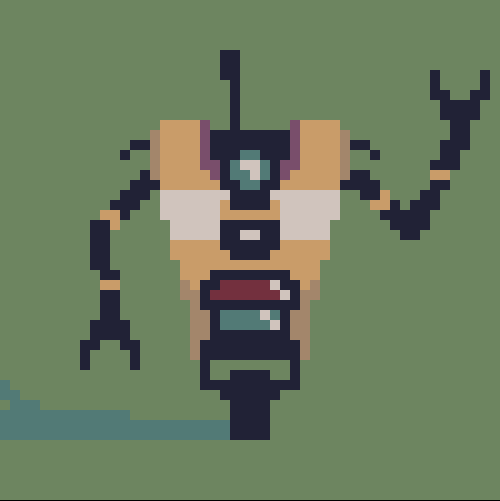 geroluna_44
View artwork
Looking for Players for DLC Gameplay
Need players to join me in Moxxi's Arena, T-Bone Junction and Clap-trap. Add me or comment here, thanks!
2 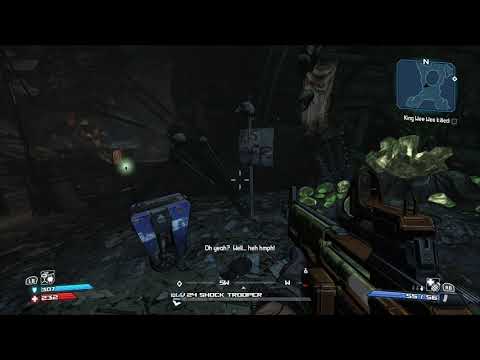 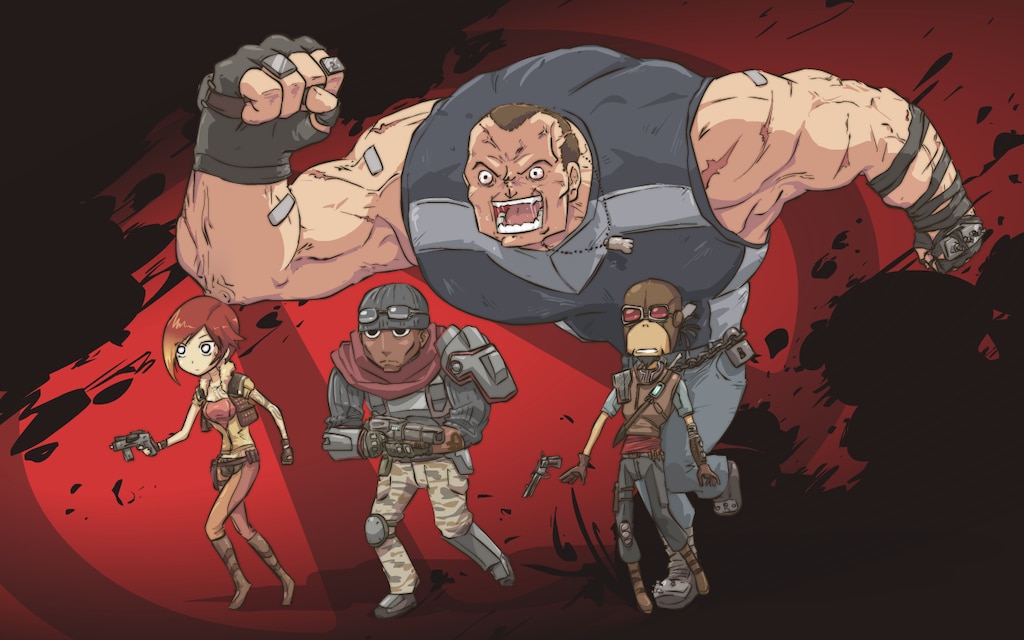 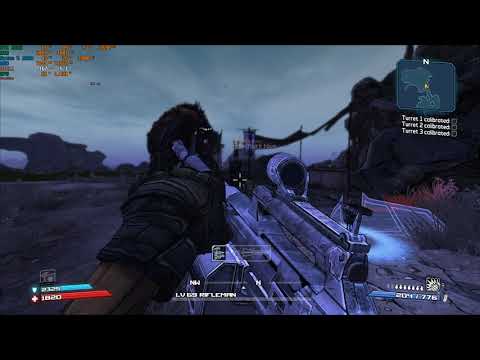 Alin.
View artwork
start a new game anyone?
Looking for some peeps to play with and through the whole series
3

Recommended
22.7 hrs on record
love it to play with friends

Borderlands is a 2009 open world action role-playing first-person looter shooter video game. It is the first game in the Borderlands series, developed by Gearbox Software, and published by 2K Games for PlayStation 3, Xbox 360, Microsoft Windows, Mac OS X and Shield Android TV. The game was released worldwide in October 2009, with the Mac OS X version being released on December 3, 2010 by Feral Interactive. The game's story focuses on a group of four "Vault Hunters", who travel to the distant planet of Pandora to search for the "Vault", which is rumored to contain advanced alien technology and other priceless riches. The hunters piece together clues to find the Vault while battling the savage wildlife of Pandora and the bandits and outlaws that populate the planet, ultimately banding together to prevent the Atlas Corporation and its privately-funded paramilitary forces from reaching the Vault first.

The game features the ability to explore the in-game world, and complete both main missions and optional side quests, either in single-player or online cooperative gameplay, with the latter providing additional options for duels and competitive PVP matches in designated areas. Gameplay features include access to various weapons and shields that vary in type and statistics, weapons with special elemental functions, each playable character having distinctive class types and unique abilities for combat, upgradable skills, and the use of two-person vehicles. The game itself is rendered in cartoon-style graphics, to provide greater detail on weapons and environments, and was inspired by various action role-playing games of the time, such as Ultima and Diablo.

Considered one of the greatest video games ever made, Borderlands received critical acclaim upon its release, and sold over two million units by the end of 2009. Its success spawned four DLCs—The Zombie Island of Dr. Ned in November 2009, Mad Moxxi's Underdome Riot in December 2009, The Secret Armory of General Knoxx in February 2010, and Claptrap's New Robot Revolution in September 2010—and three follow-ups, Borderlands 2 in September 2012, Borderlands: The Pre-Sequel in October 2014, and Borderlands 3 in September 2019. A remastered version for Microsoft Windows, PlayStation 4 and Xbox One— was released on April 3, 2019, which features graphical enhancements, and gameplay improvements backported from Borderlands 2.[8] A version for the Nintendo Switch was released alongside Borderlands 2 and Borderlands: The Pre-Sequel in the Borderlands Legendary Collection for release in May 2020.

Borderlands includes character-building elements found in role-playing games, leading the developer Gearbox Software to call the game a "role-playing shooter". At the start of the game, players select one of four characters, each with a unique special skill and with proficiencies with certain weapons. From then on, players take on missions assigned through non-player characters or from bounty boards, each typically rewarding the player with experience points, money, and sometimes a reward item. Players earn experience by killing both human and non-human foes and completing in-game challenges (such as getting a certain number of kills using a specific type of weapon). As they gain levels from experience growth, players can then allocate skill points into a skill tree that features three distinct specializations of the base character; for example, Mordecai can become specialized in sniping, gunslinging with revolvers, or using his pet Bloodwing to assist in kills and health boosting. Players can distribute points among any of the specializations, and can also spend a small amount of in-game money to redistribute their skill points.

Borderlands begins some time after the Dahl Corporation's abandonment of the planet Pandora. Players start the game with the ability to equip two weapons but later gain up to four weapon slots, as well as slots for an energy shield, a grenade modification, and a class modification. Items collected can be sold back at vendors for money that then can be used to buy better items. One of the key features of Borderlands is the randomly generated weapons and items created either as dropped by enemies, found in storage chests about the game, on the ground, sold at vendors in the game, or as quest reward items. The game uses a "Procedural Content Creation System" to create these weapons and items, which can alter their firepower, rate of fire, and accuracy, add in elemental effects such as a chance to set foes on fire or cover them in burning acid, and at rare times other special bonuses such as regenerating the player's ammo. A color-coded scale is used to indicate the rarity of the weapon or item. According to Gearbox developers, the random system could generate around 16-17 million variations of weapons. The Procedural system is also used to create the characteristic of random enemies that the player may face. This allows for enemies of the same species to have widely varying attacks: for example, variations of "spiderants" in the game could leap around and would jump onto players' faces, while another variant can roll up into a ball and attack people, depending on the content generator.

When in combat, the player can take damage if their shield is depleted, affecting their health. If they lose all their health, they must either wait to be revived by another player or attempt to kill an enemy to achieve a "second wind", or otherwise will be regenerated back at the last "New-U" station that they passed, losing a 'ratio-appropriate' percentage of their money in the process. Players quickly gain access to two-passenger vehicles, and can engage in vehicular combat with other enemies. Eventually, a system of fast transit points between the game world is available to the player; until then, players must walk or drive between areas to get around.

The game can be played alone, but also supports two-player cooperative play through split-screen (on consoles), and up to four players playing cooperatively online or over LAN. The game follows the progress of the host player, rewarding the other active players for completion of quests for their characters. If the other players are doing the same quests in their campaign, the completed quests remain the same in their campaign as well as the host's. When more players are present, the game alters the statistics of the generated enemies, balancing the game due to the larger number of players. Players can take part in one-on-one duels anywhere in the game world, or can visit arenas in the game world to participate in free-for-all, 2-on-2 or 3-on-1 combat battles with their fellow players. The original title as shipped for Windows used GameSpy servers for multiplayer modes; as a result of GameSpy's shutdown in 2013, 2K Games patched the game and moved the servers to Steam, as well as providing Steam-versions of the game for those that purchased the title through retail channels.

There are four playable characters featured in the game for players to choose from: Brick - a large, powerful man, who operates as a Berserker; Lilith - a woman with powerful alien abilities, operating as a Siren; Mordecai - a skilled marksman with an avian companion named Bloodwing, operating as a Hunter; and Roland - a former member of the Crimson Lance, operating as a Soldier. Each character's class defines the style of weaponry they specialise in, along with the unique skill they can use - Brick can enter a rage state for increased melee strength and a short period of health regeneration; Lilith can turn invisible to enemies, moving much faster in this state, and capable of shock blasts when entering and exiting this state; Mordecai can call his companion to attack enemies in his crosshairs; and Roland can utilize an automated turret to take on enemies, and provide additional cover. 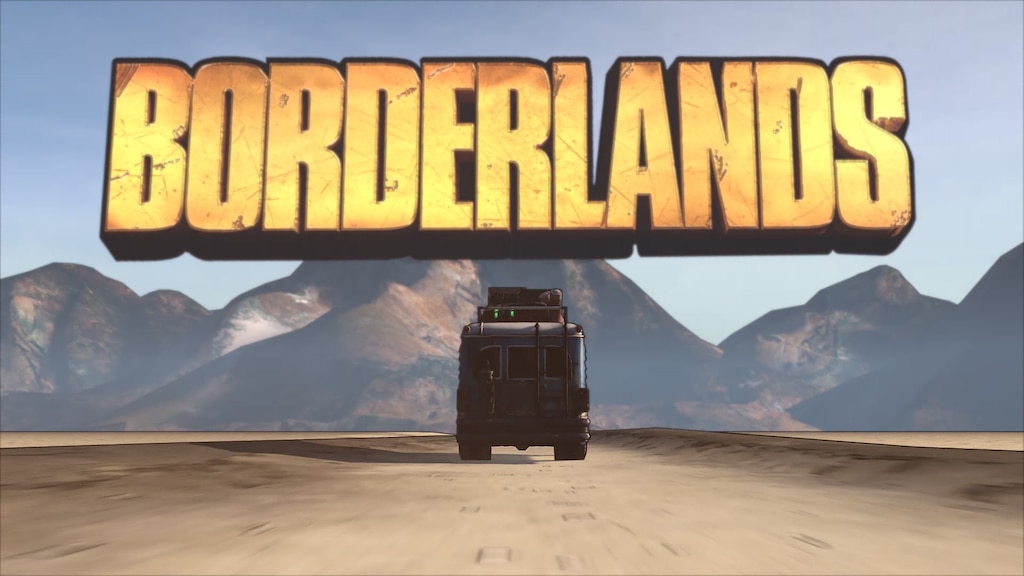 Recommended
30.0 hrs on record
Always loved the borderland games first one always being my favorite because of the nostalgia it brings. 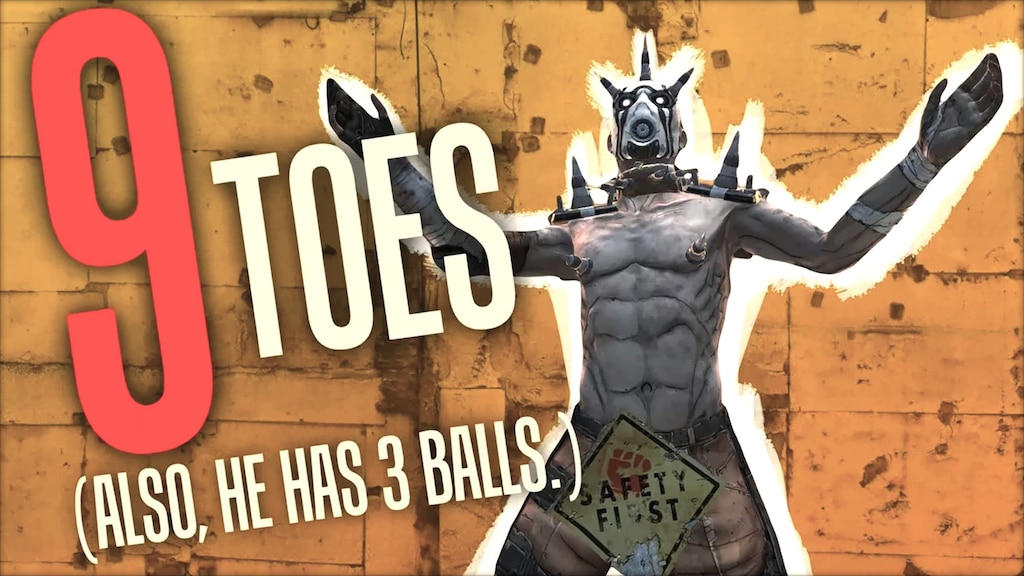 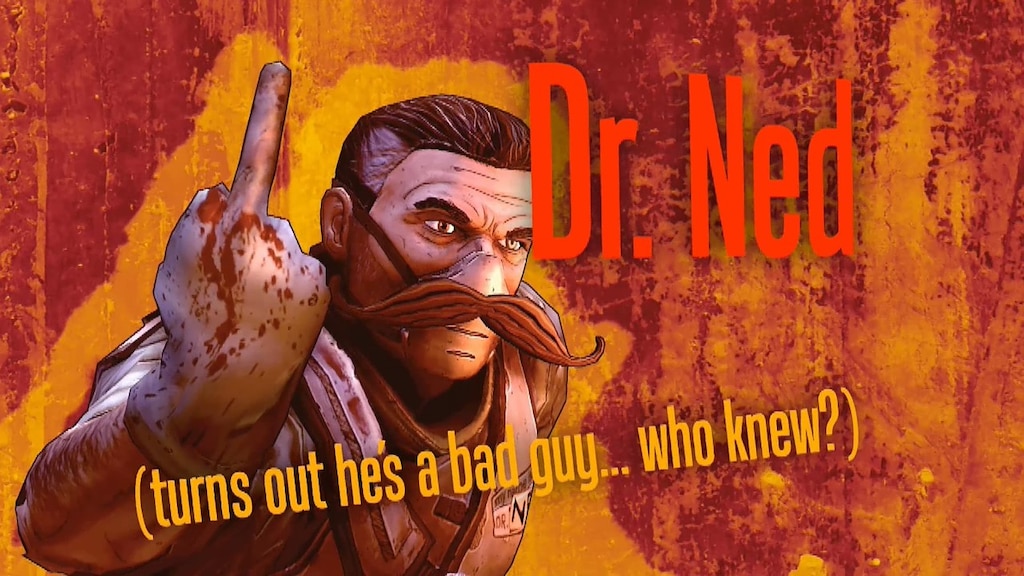 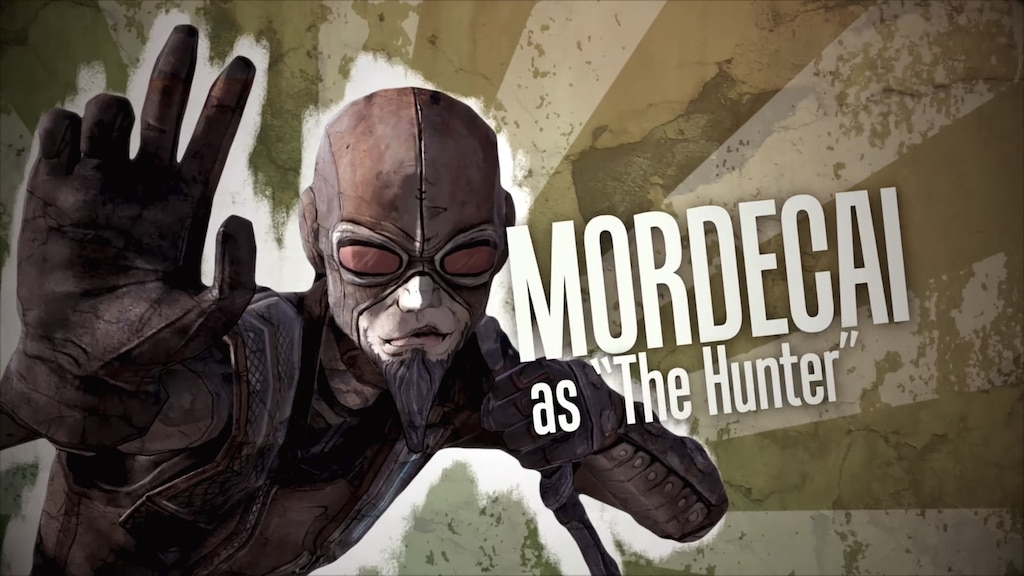 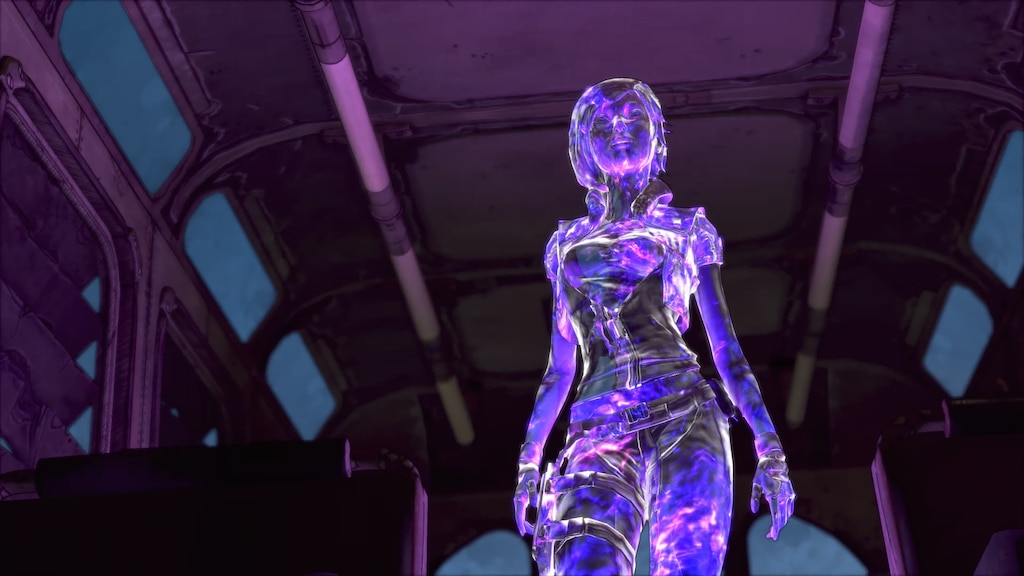 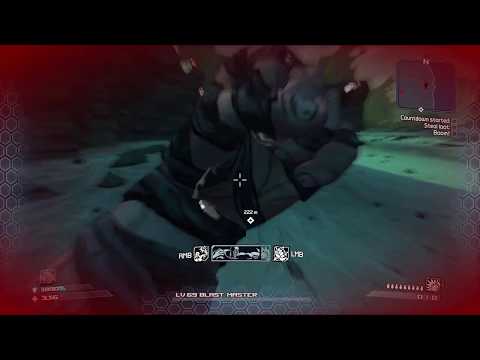 ULTIMATEMALE420
View videos
Co-Op Achievements
Hey there, I finally managed to get all the Achievements, I am just missing the Co-Op ones. I am not sure how much time it takes but would be awesome to find some people to quickly get them with!
2