Will To Live Online

Will To Live is a MMORPG-shooter whose action takes place in a severe post-apocalyptic world. Explore the world, engage in fights with mutants and other survivors, join the clans in the struggle for existence and prove your right to Live.
Visit the Store Page
Early Access Game
Get instant access and start playing; get involved with this game as it develops. Learn more.
Most popular community and official content for the past week.  (?)
"Lunar New Year" event has begun!
Jan 19
Fighters, the Lunar New Year event has begun! 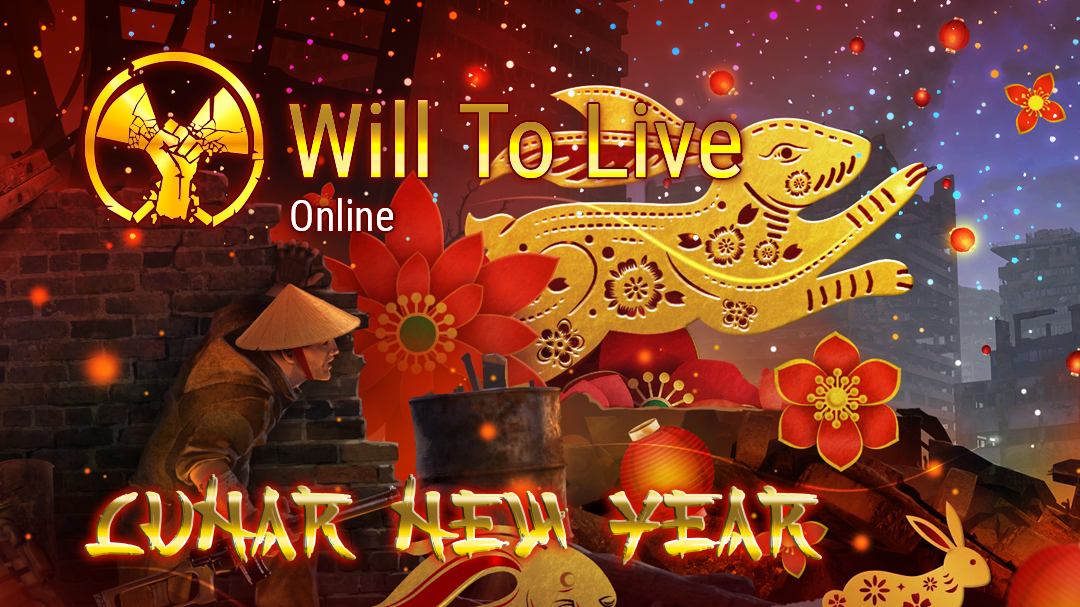 The Old man in a white robe has reappeared in many settlements! Again, he told the story that if you appease the elemental spirits, you can get not only their location and favor but also a reward. Complete this Old man's quests to appease five Elemental Spirits and earn themed weapon skins! All tasks can only be completed once. Also, in exchange for fillers of each of the colors, you can get a can of special paint that reacts to your weapon shots! In addition, you will be rewarded with holiday snacks for completing quests in the game. 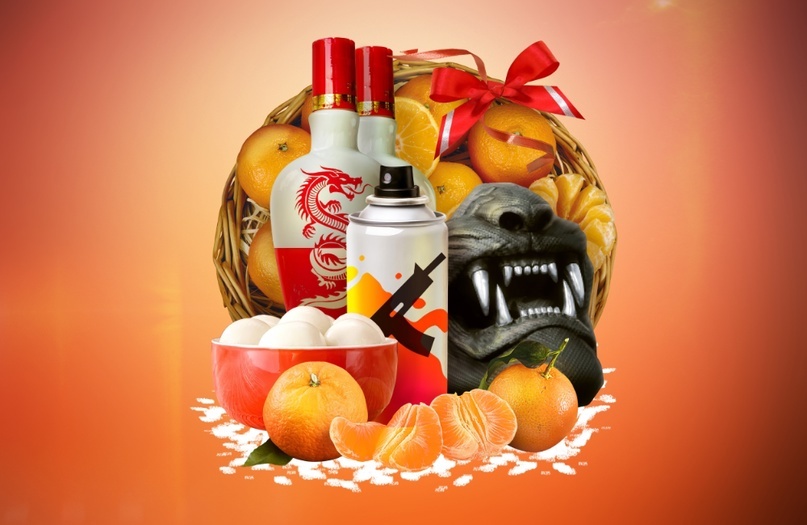 Special holiday packs have been added in the in-game store, which contain not only snacks and paint but also a special mask for the character.

The event will last until January 28 00:00 UTC, after which fillers will no longer appear in the game and you will have time to complete all the tasks of the Old man.

Servers stopped for maintenance, update client of the game.

Will To Live Online
226
38
USA-1 disconnects
90% of the time that I try to travel to another area, I get a disconnect error after the loading. does anyone have the same problem?
5 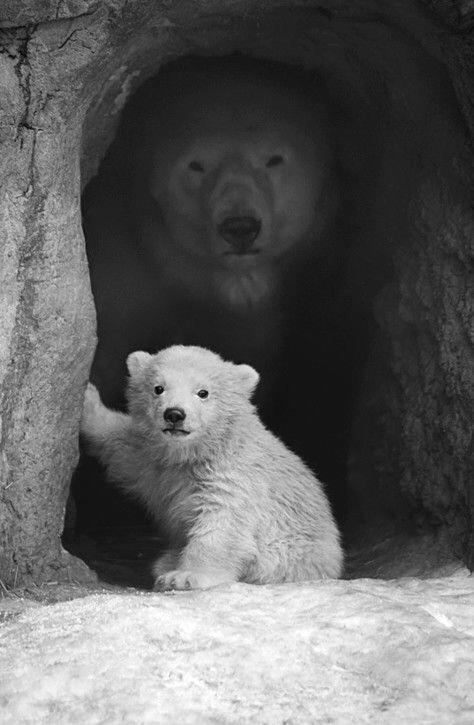 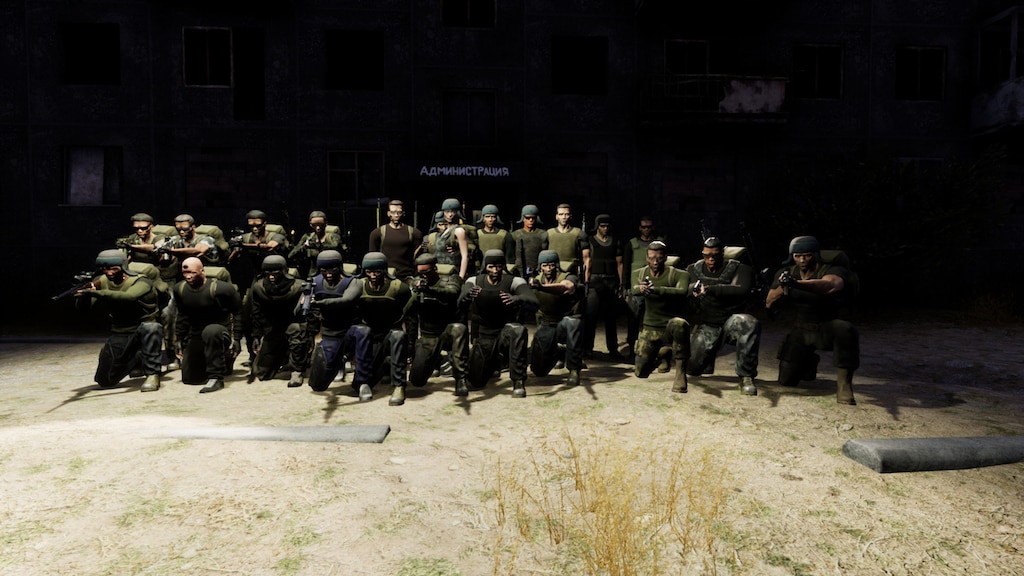 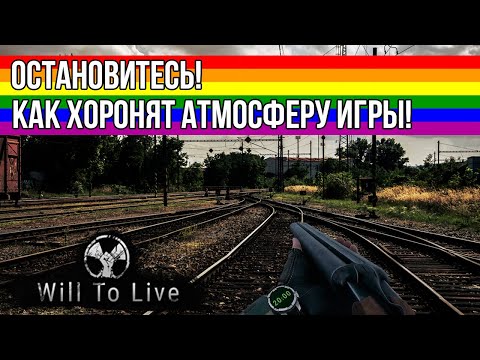 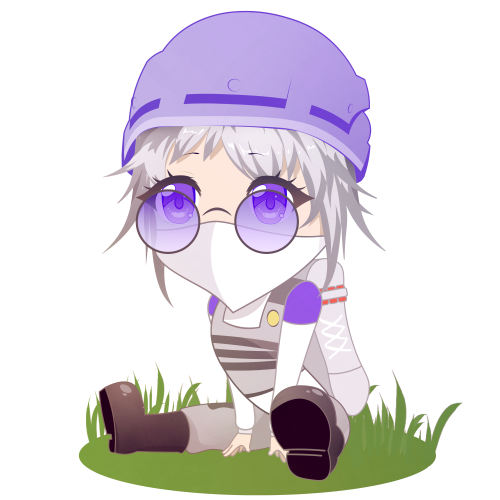 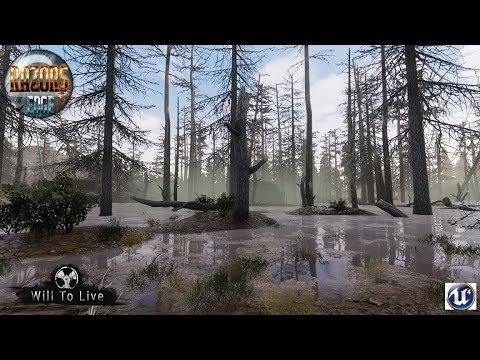 Well, the smuggler sold all the honestly stolen goods and went off in an unknown direction to get drunk about the lost excess profits. Frost Deer, characteristically, went after him. 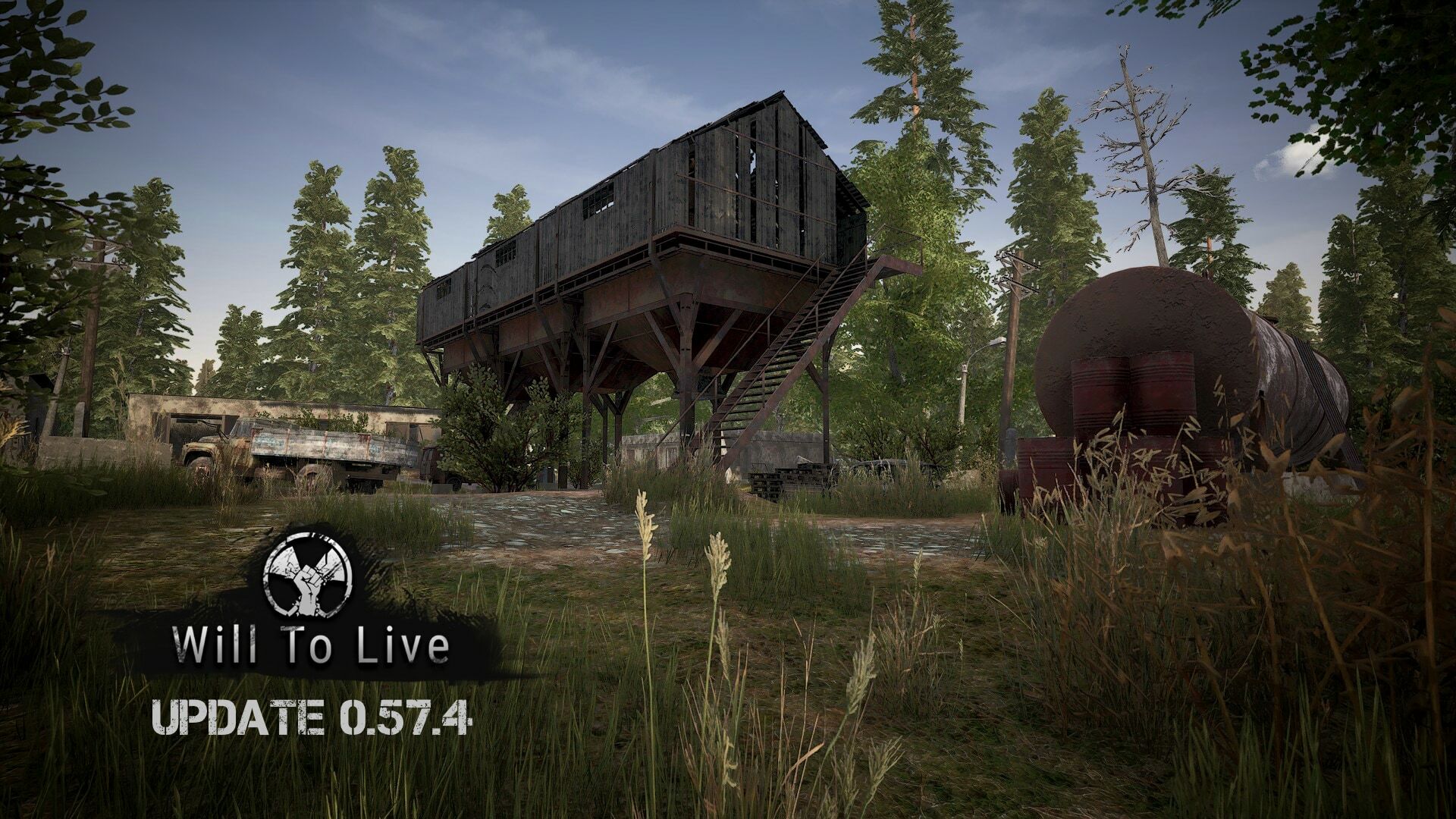 Traders from the Canyon, Testing Grounds, and Coast have expanded their assortment: they have received a batch of silencers that will fit all the most powerful weapons. Silencers are an interesting thing. They allow you to fight stealthily: the target that catches the bullet will not see the damage identifier, and where this bullet actually comes from. But there is a price to pay for stealth. Silencers increase accuracy, but reduce damage - this is indicated in the description of both the silencers themselves and in the weapon description after they are installed. Moreover, silencers reduce damage not from the base value, but from the final one. Therefore, here some players may have misunderstandings, but everything is smooth there.

In the Tunnels location, Alyosha, wearing very high-quality branded music headphones, has new tasks that open a line of nine quests. Also, seven mini-quests appeared in the Exclusion Zone location. Objects in the Testing Grounds and Coast locations have been optimized. We also fixed issues with the crabs from the "Coast", now they spawn correctly.

The servers stopped for the update, please update the client of the game. 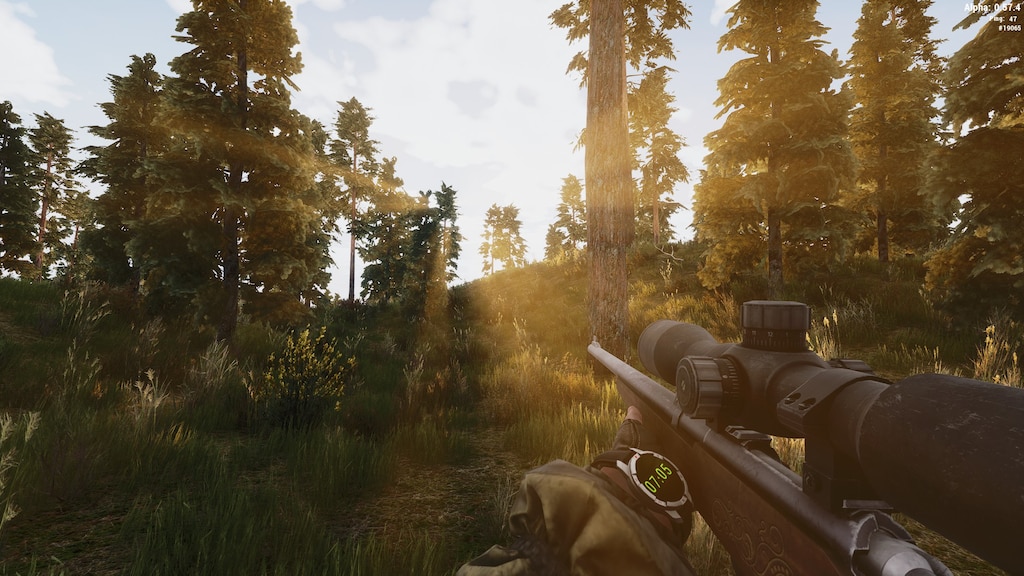 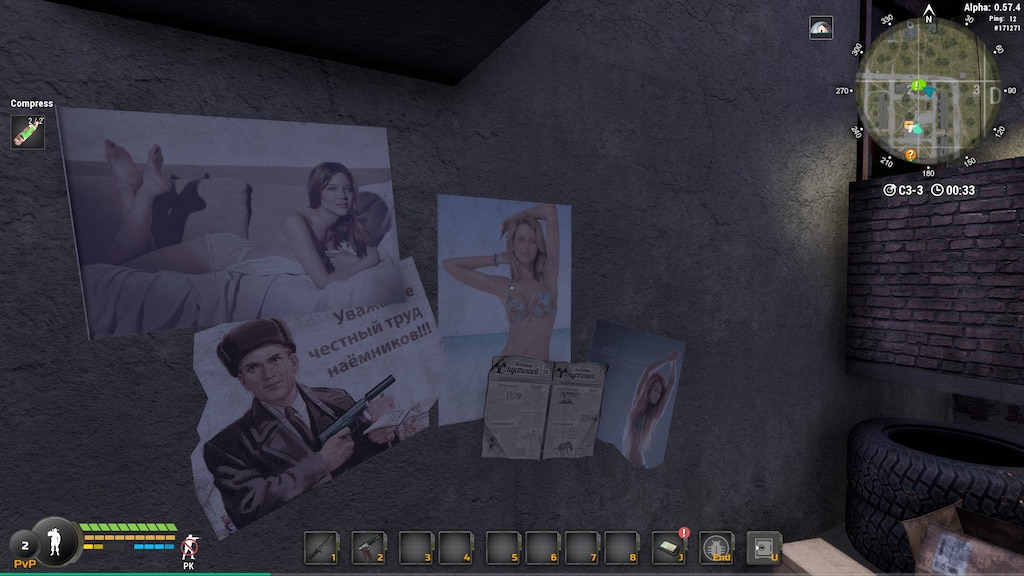 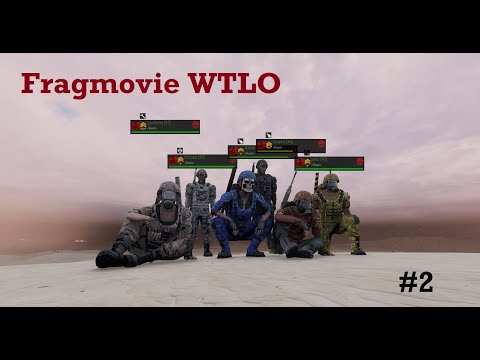 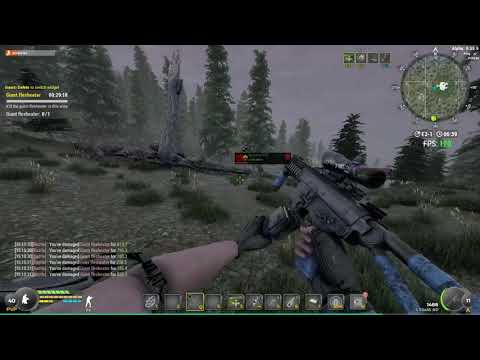 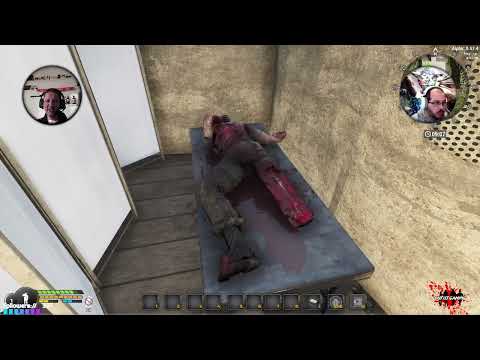 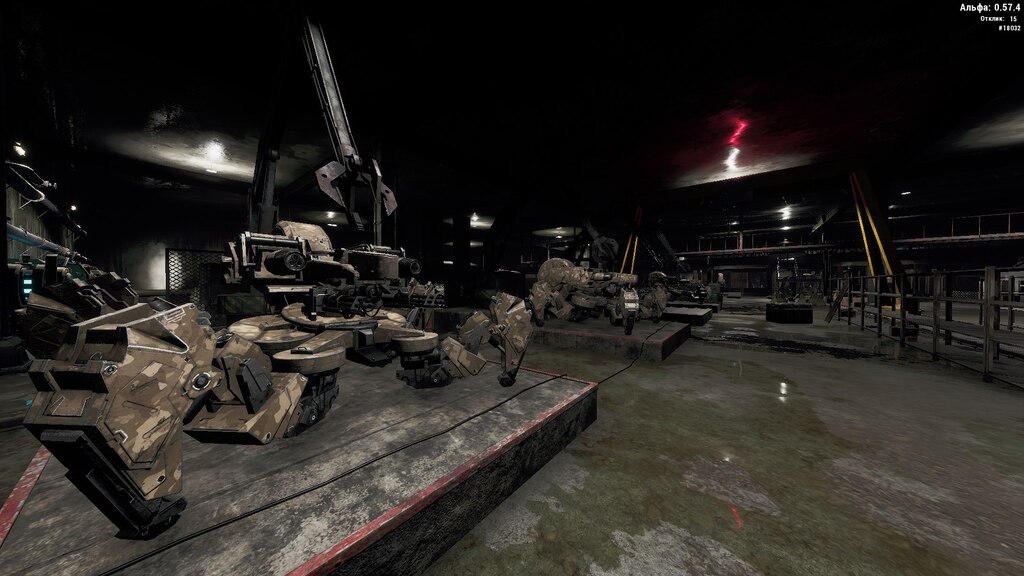 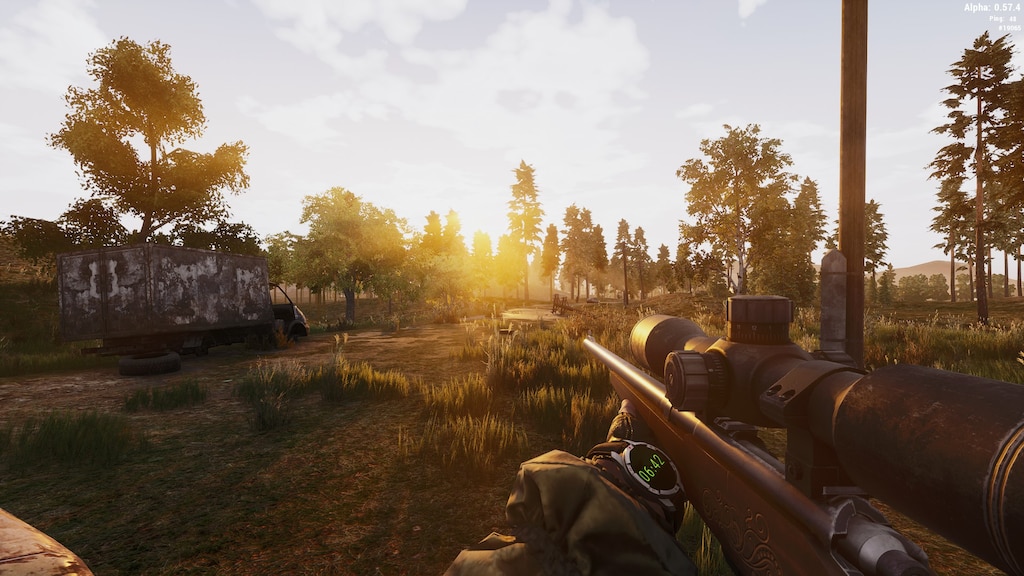 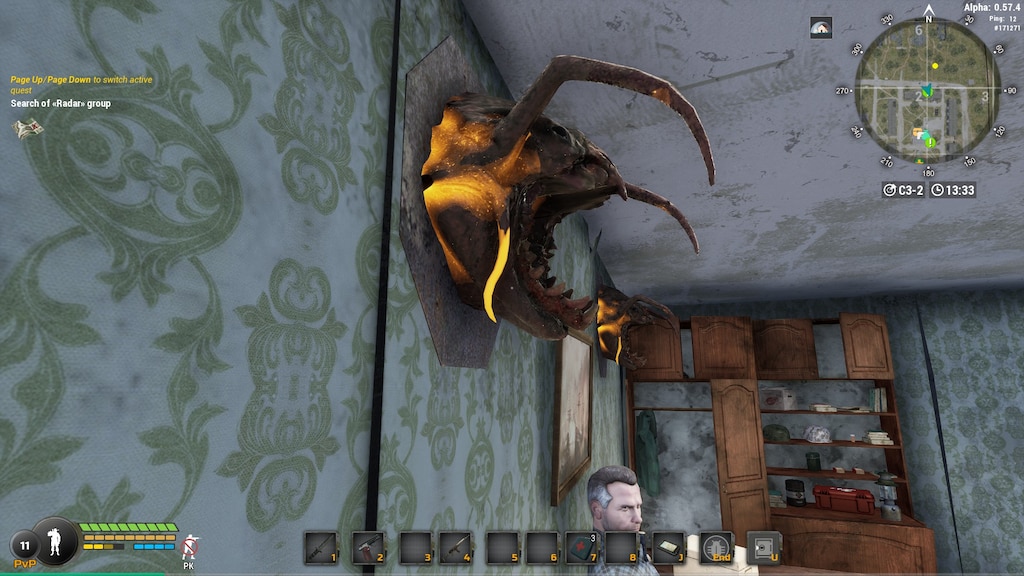 MaLick_(Die)
62 products in account
0
New Year Update is ready for download!
Dec 23, 2022
Fighters! We have bad news! There is no Santa this time ːsteamsadː. He tried to get to the Solnechniy but chose the path through the Eastern Territories, and there he was met by bandits! They took away all the gifts, and now the Smuggler sells these goods in the settlements.

One of the deer that was in Santa Claus's New Year's cortege became furious and began to exterminate all people without Santa because in his soul there was an insult to everything human. Such is the New Year, fighters. But that's not all ːsteamfacepalmː 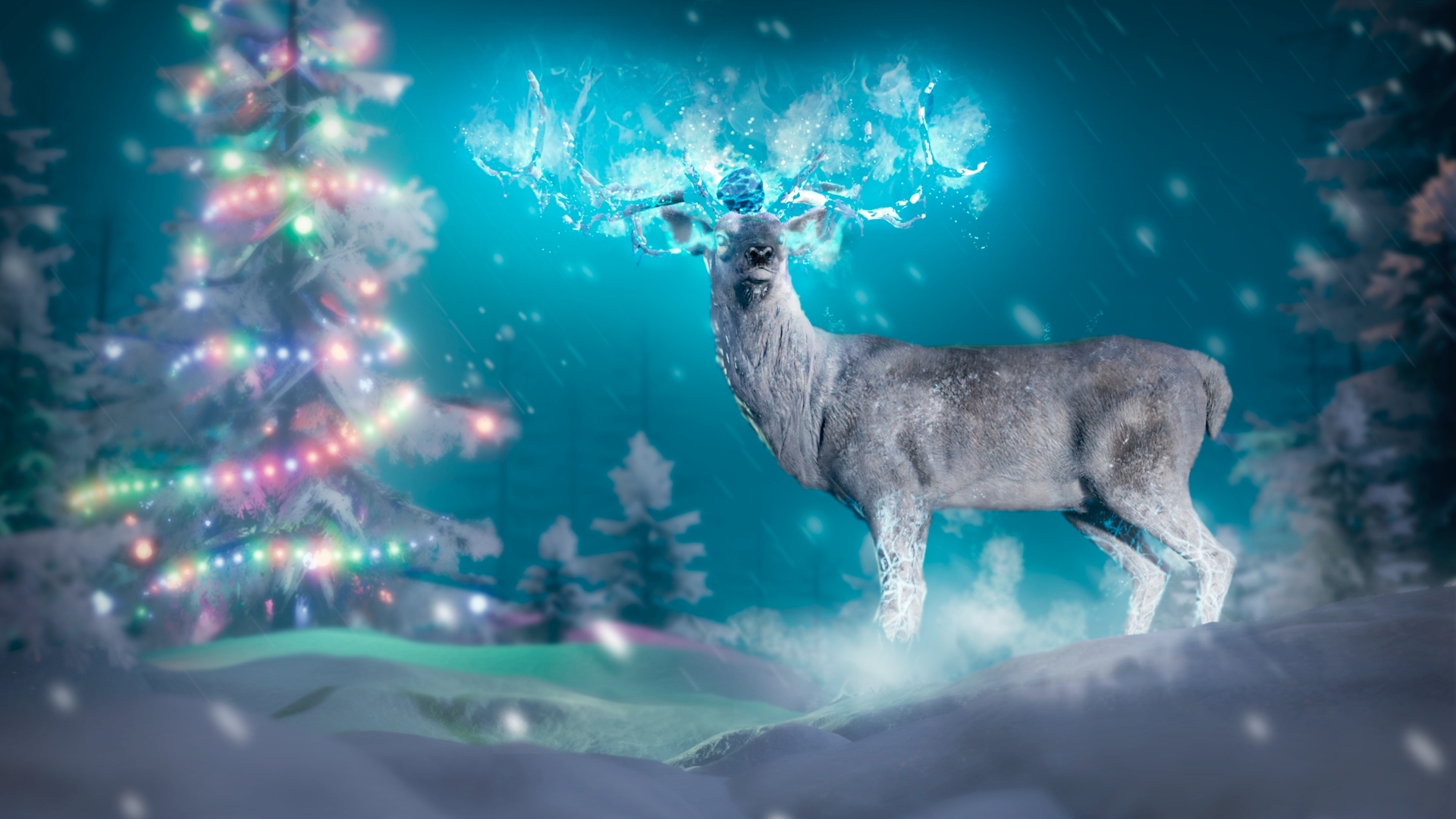 Loners in general, are out, in uncertainty: it is not clear how to continue to live, but they manage to cope somehow, without bread and salt. It is also rumored that the gift cards that are so interesting to the Smuggler can now be obtained from a deer much more than before. But, fighters, that’s all about your luck.

From the Smuggler you can get some Christmas snacks, New Year clothes, a very rare S&W .500 Special, and a special weapon paint can - Frost. This paint can is not simple, and not all weapons can be painted with it. Only the most popular. Normal men will not be confused by this, since there is nothing to spend paint on every little thing, but the fact that weapons painted in “Frost” can be placed into premium storage is appreciated by fighters. 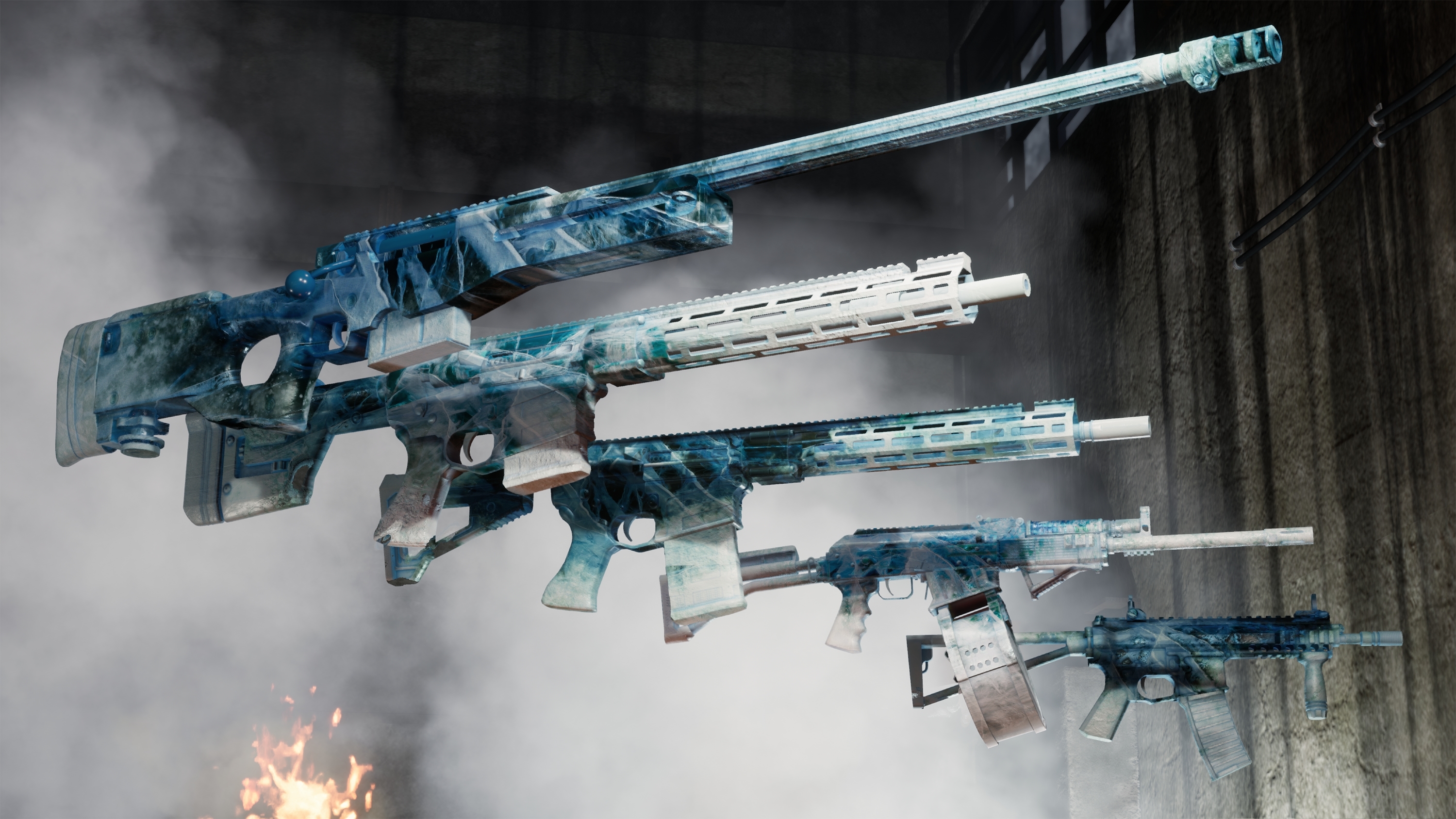 The Smuggler also told that those who can't afford the hunt for Frost Deer, can get gift cards by clearing locations from simpler monsters: well, from bog belches, and sun spiders, and completing all sorts of events. It doesn't drop like "cheese rolled in butter", but on the other hand, you can collect something according to the level - there will be a lot of time. Also, Minaev does not recommend wasting time in the Mine. However, who cares. That's the end of the fairy tale, and who stole the candy?

In-game store
Christmas bundles have been added to the in-game store. For players who don't want to waste their time on receiving gift cards, the store has the opportunity to buy the "Frost" paint and see it with the carpet on the background. 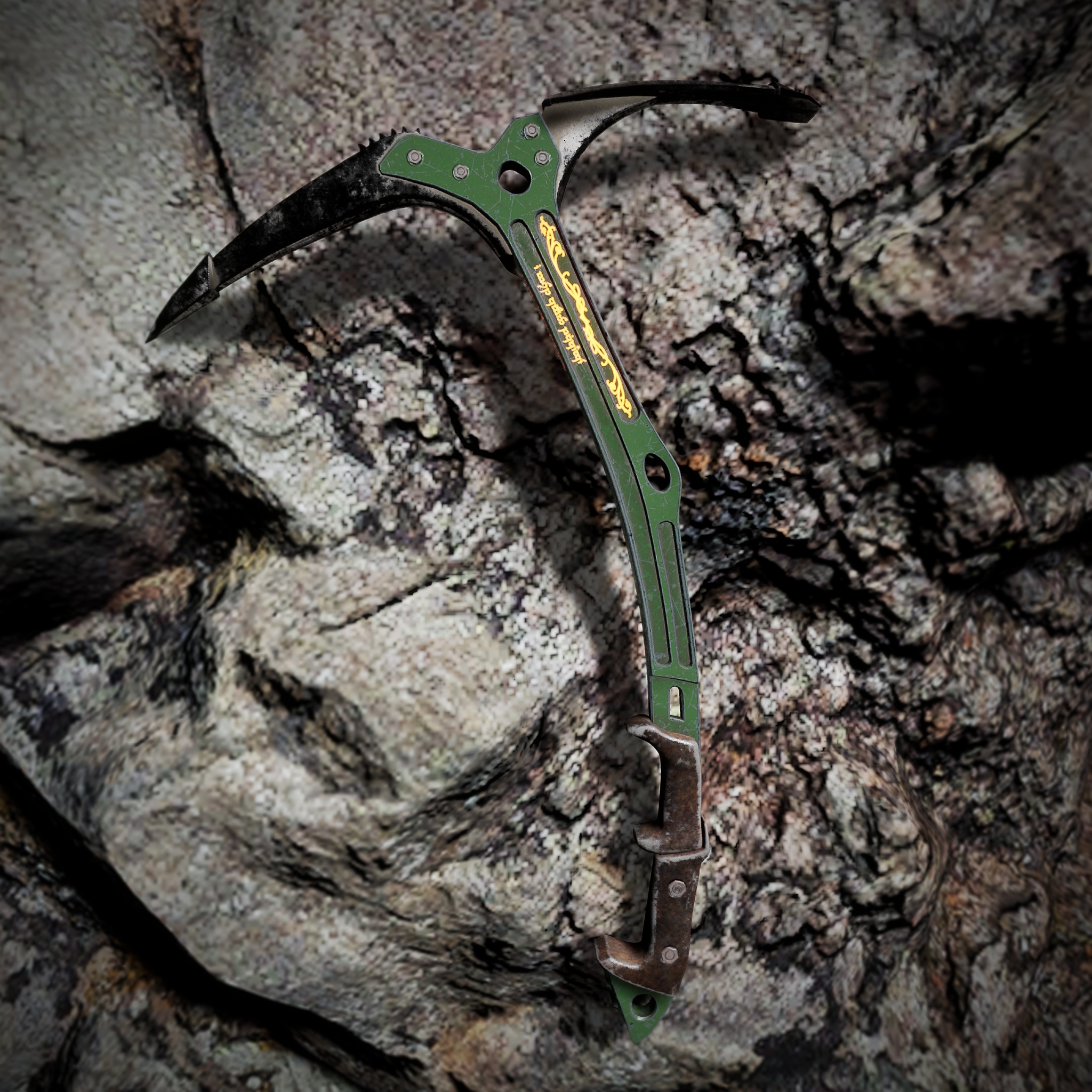 A new item has appeared in the in-game store: “Premium Pickaxe”. In addition to the fact that it has inscriptions in an incomprehensible language, it has less weight, breaks down 4 times slower than the “advanced pickaxe” and can be placed in the inventory of an account. Cheap and rich!

Other changes
- Frost Deer got new abilities;
- The number of gift cards that can be received for completing the Frost Deer event has been increased by 2 times;
- Frost Deer's "Ice Block" special attack no longer knocks weapons out of hand;
- Rifles now deal 2x more damage to Frost Deer than before. This should have a positive effect on hunters;
- Frost Deer damage range increased to 100 meters. Those using scope sights will now be able to fight the Deer at a safer distance;
- Increased the radius of the Frost Deer event to 150 meters;
- Deer's little helpers no longer jump on the character and no longer punch him in the face. However, these small robbers can throw snowballs at you;
- You can get the Frost paint from the smuggler, which can be applied to the following weapons: MSR-10, M16, MSR-12, L96A1, Thunder, Vepr-12, SPAS-12, SMG90, and WSC PDW. Weapons painted with this paint can be placed in the account inventory;
- The “Identification Transparency” setting now also affects equipment identification;
-The 3D view of the weapon model (and other items) is now made in a warm lamp style.

Cards can be collected immediately after the release of the update, and their appearance will end in the game on January 10, 2023 at 00:00 UTC (03:00 Moscow time). By tradition, after the end of the promotion, all cards and the Smuggler himself will disappear. All gifts received from the Smuggler will remain with you (including purchased items). Christmas sets will be removed from the store along with the Smuggler.

Not Recommended
71.9 hrs on record
Early Access Review
If you have a lot of free time, sure
If you have friends who are willing to coop and help you with missions, sure
If you don't mind waiting and grinding til you get pvp, why not

This game is very grindy MMO, and it's hard to recommend this to anyone who just wanted to have fun after a hard day at school/work