Build a world for wildlife in Planet Zoo. From the developers of Planet Coaster and Zoo Tycoon comes the ultimate zoo sim. Construct detailed habitats, manage your zoo, and meet authentic living animals who think, feel and explore the world you create around them.
$44.99
Visit the Store Page
Most popular community and official content for the past week.  (?)
Planet Zoo - Update 1.7.1 available now!
Oct 12
Hayo Zookeepers!

Thank you for all the love on the North America Animal Pack so far! We are thrilled to see your reactions to the pack and the habitat builds for our adorable new animals coming in. As always, thank you for your feedback and for raising any issues - or sneaky flexicolour additions - that you've found!

This update should resolve various issues reported by our community, alongside a few tweaks - are you ready for more sociable Alligators?

For full info, read on below for the patch notes:

Planet Zoo
642
30
Which animals **not stressed by people** can have people entering their habitats?
Apart from Indian Peafowl, I recently discovered by accident the Japanese Macaques, whose walk-in enclosure in my first try at a franchise zoo is proving wildly popular and profitable. Guests seem to love walk-ins. Is their any way of (say) filtering Zoopedia for animals that meet *both* criteria? If not, then could there be, and/or could some kind person point me at such a list, or at least a way of finding out? (I realise you can also have drive-through rides, but that's not quite the same.)...
31

Beginner's Guide to Franchise Mode
A guide on how to get started, and some tips and tricks to make money and get a thriving economy in your zoo.
304 ratings

Thanks for joining us on our road trip on the run-up to today, but we have reached our final destination - the North America Animal Pack and 1.7 Update are officially out now! Update your game to join the fun!

Update 1.7 is free for everybody who owns the base Planet Zoo game, and introduces several new and exciting features to enhance your gameplay experience! We've added, among other features, a couple of new Mapping Tools, giving you the ability to create custom heightmaps to alter your starting terrain, and also adding in a range of premade Terrain Type maps for players to use as a base - no more starting with a flat canvas (unless you want to!).

Joining the bears from Update 1.6, big cats are diving into the fun with new Deep Swimming abilities for the Jaguar, Bengal Tiger, and the Siberian Tiger. We've also adjusted the swimming depth requirements for individual species to make Deep Swimming habitats easier to manage and will allow deep-diving turns to remain smooth - these are in the patch notes below so check them out for more information.

Grab a friend and snag a seat because it's time for a show, with the new Animal Talk Seating Areas! These can be hooked up to your Animal Talk Educator podiums, and allow you to increase the viewing capacity of shows in a set viewing area. This will also help control the flow of guests in your park, helping prevent crowing around Educator points.

To further help with guest flow, we have also introduced new Path Barriers. These take the form of hard barriers that will block off paths and prevent guests from following that direction entirely, and kerbs, which will discourage guests from entering areas but will still allow them to use that route if there are no other options available.

Do you get frustrated having to manually adjust scenery objects during habitat builds to create a natural appearance? With the new Scenery Placement Randomisation Toggle, objects will alter their position between placement to give you another approach to building your park! But don't worry, if you prefer to have exact control over your placement, it can be toggled off.

Dig deep into all of the features above, as well as some quality of life Zoopedia changes, in our Update 1.7 announcement post and the patch notes below.

The Planet Zoo: North America Animal Pack introduces 8 new animal friends for you to enjoy in your zoos! Be sure to give your warmest welcomes to 7 Habitat Animals - the industrious American Beaver, the towering and majestic Moose, the sleek and smart California Sea Lion, the shy and solitary Cougar, the enormous American Alligator, the highly-sociable Black-tailed Prairie Dog and the elusive yet adorable Arctic Fox. Joining them is a new Exhibit Animal: the American Bullfrog!

To help you take the best care of our new friends as possible, we've also added some new enrichment items. Dress up your habitats with items such as the Pronghorn Piñata, Skittle Feeder, Melon Feeder, Underwater Feeder, and the Beaver Pool - they're sure to make a splash!

Lastly, take a trip to the gorgeous Blue Ridge Mountains in a new Timed Scenario! Do you have what it takes to spin this small zoo into a North American dream? 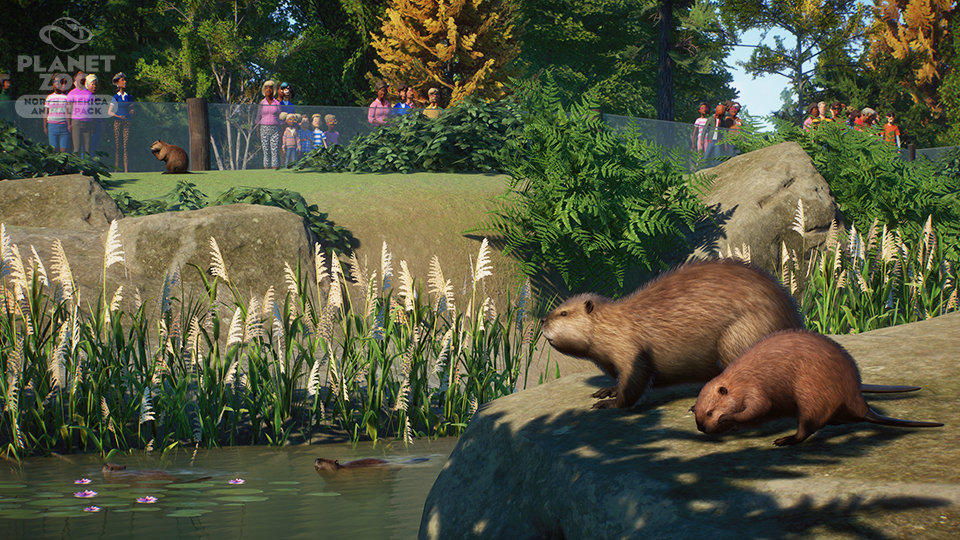 The Planet Zoo: North America Animal Pack is available now on Steam for £7.99 ($9.99, 9.99€). You must have the base Planet Zoo game to be able to play this content. Update 1.7 is out now to install and is free for all players.

Thank you again to all of our wonderful community for joining us on our road trip in the run-up to this release, and for your continued love and support. We're constantly in awe of what you create and bring to this space, and we can't wait to see what the PlanZo Fam does with this content. Keep an eye on our social media for all future news and announcements, and for highlights of the North America Animal Pack. Also, be sure to tune in today for a special launch stream at 16:00 BST[www.twitch.tv]! 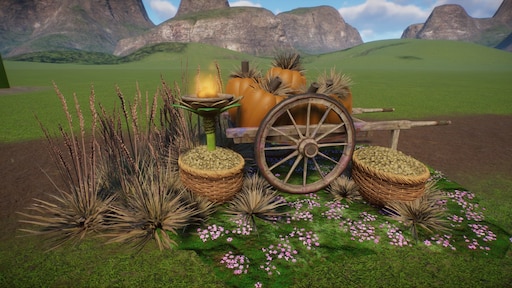 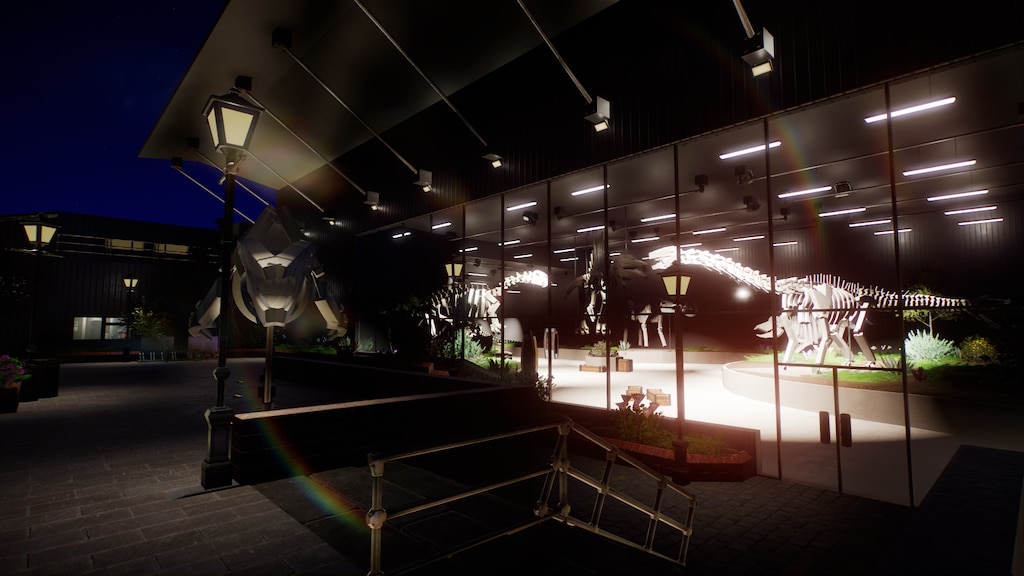 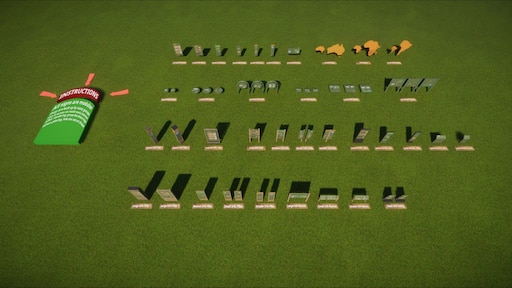 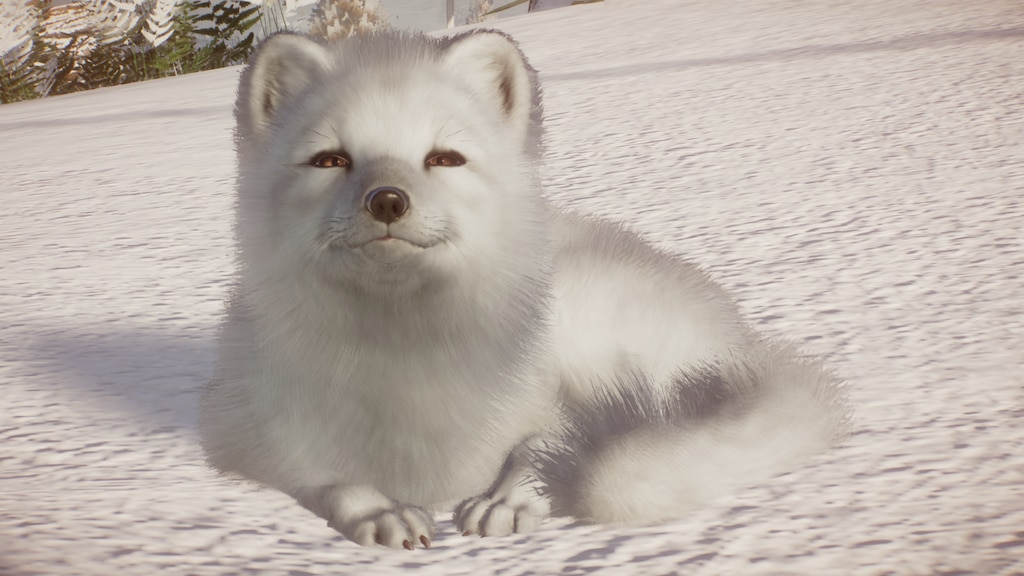 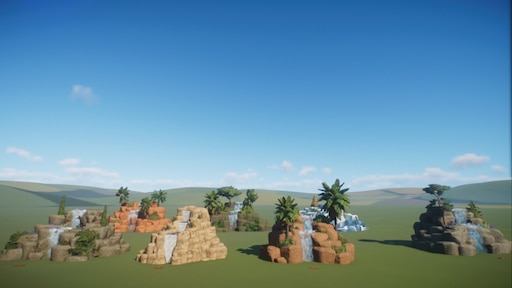 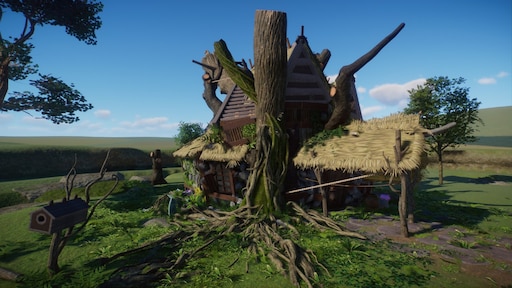 Planet Zoo DLC List
Just a quick list to show what DLC contain what animals in case you either don't own them all,or want a specific animal from a specific DLC but not sure which one it is in. 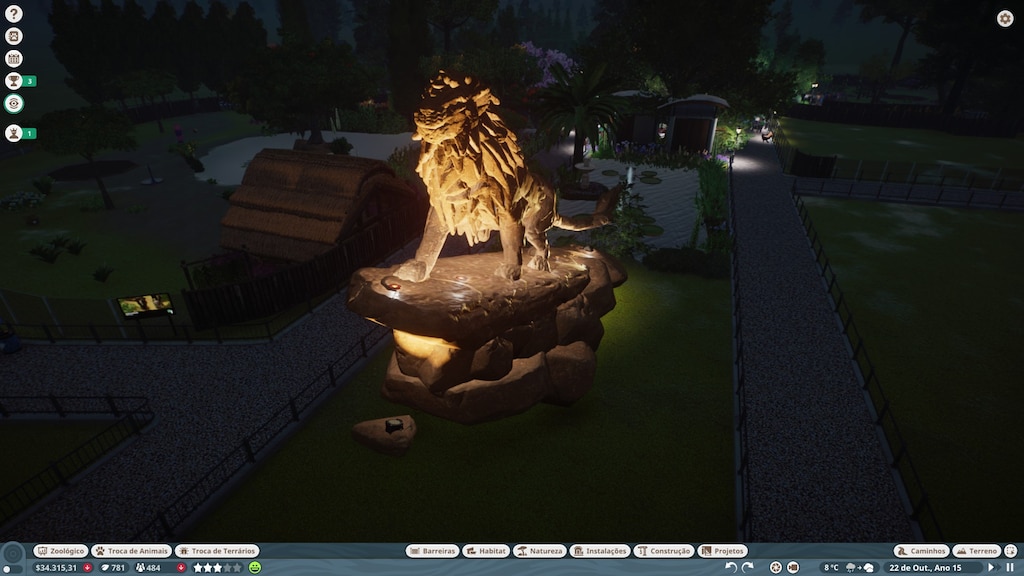 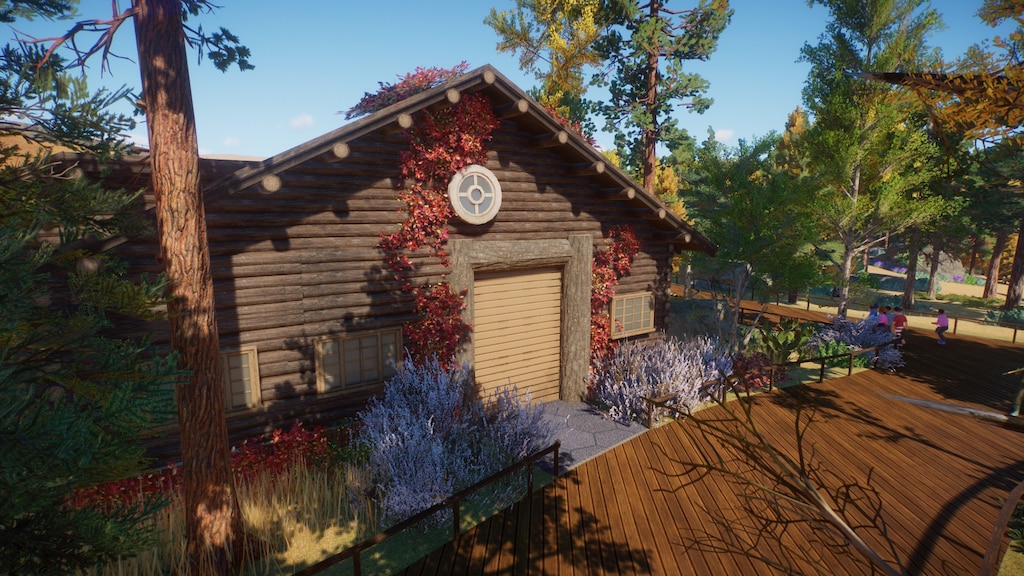 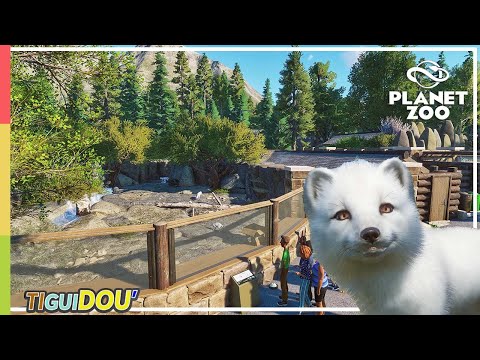 Recommended
70.0 hrs on record
I played zoo tycoon 2 as a kid and this game is the only other zoo building game that comes to the same level of excitement in caring for animals. 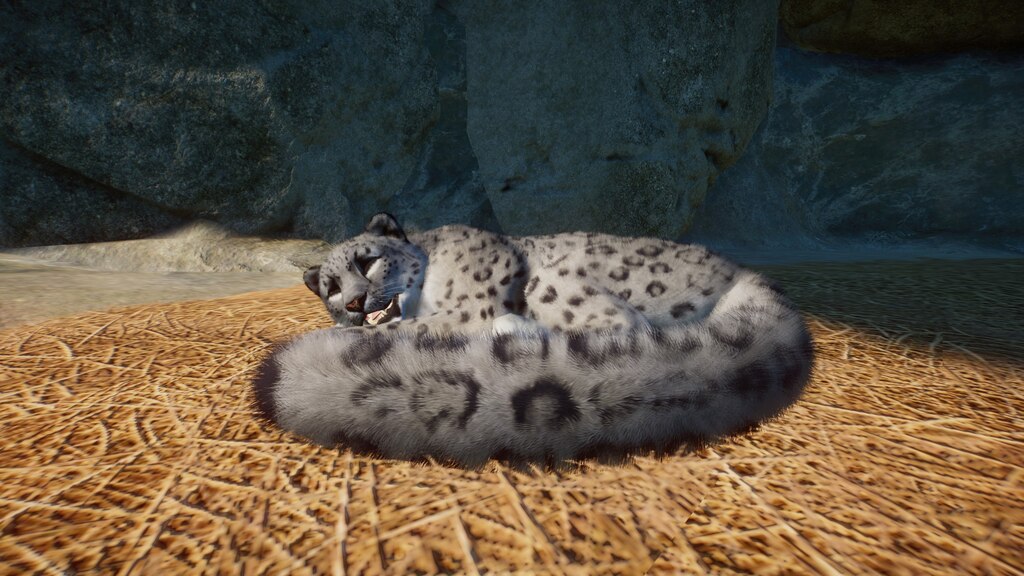 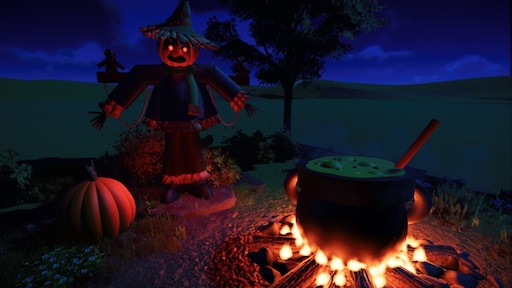 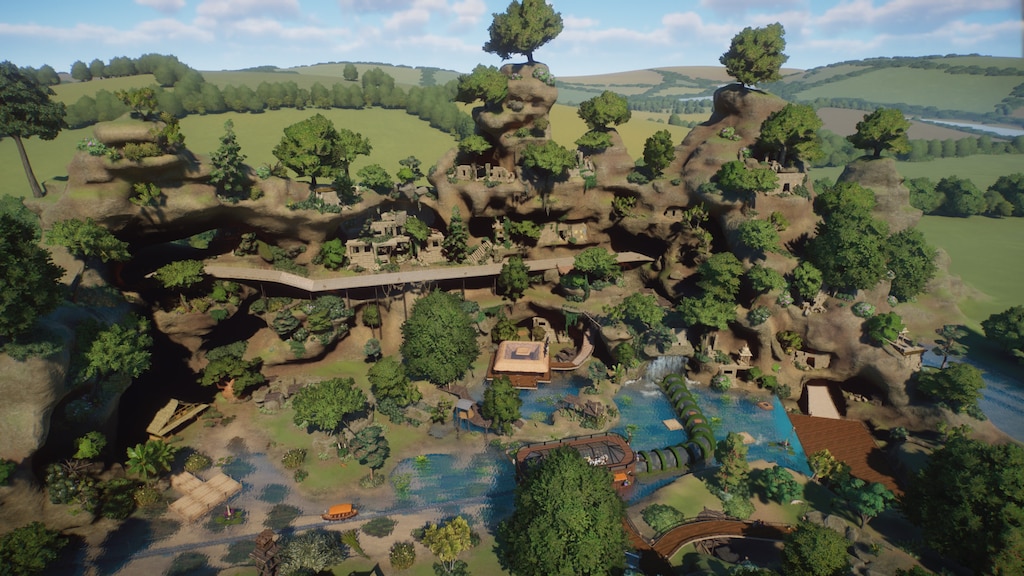 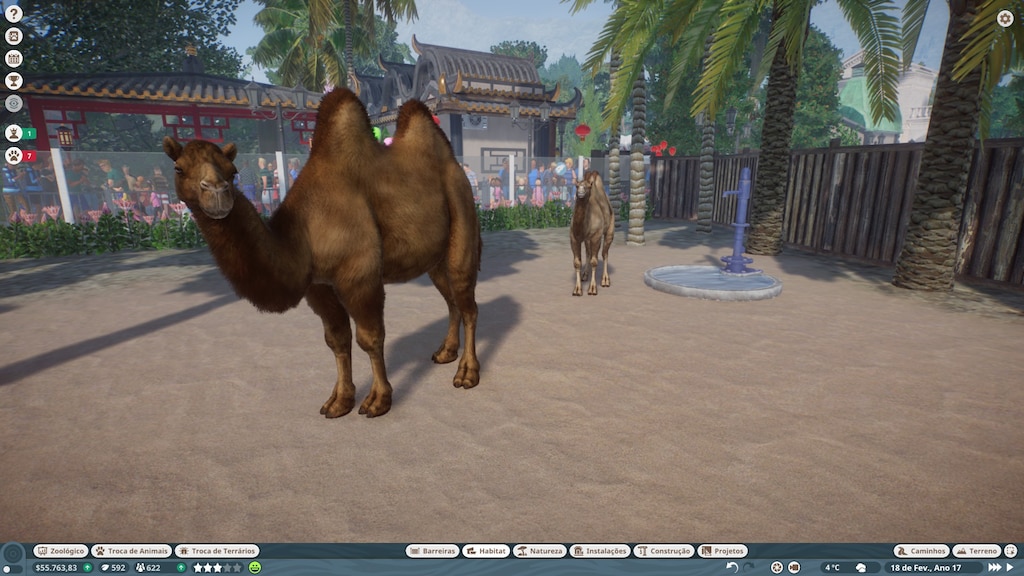 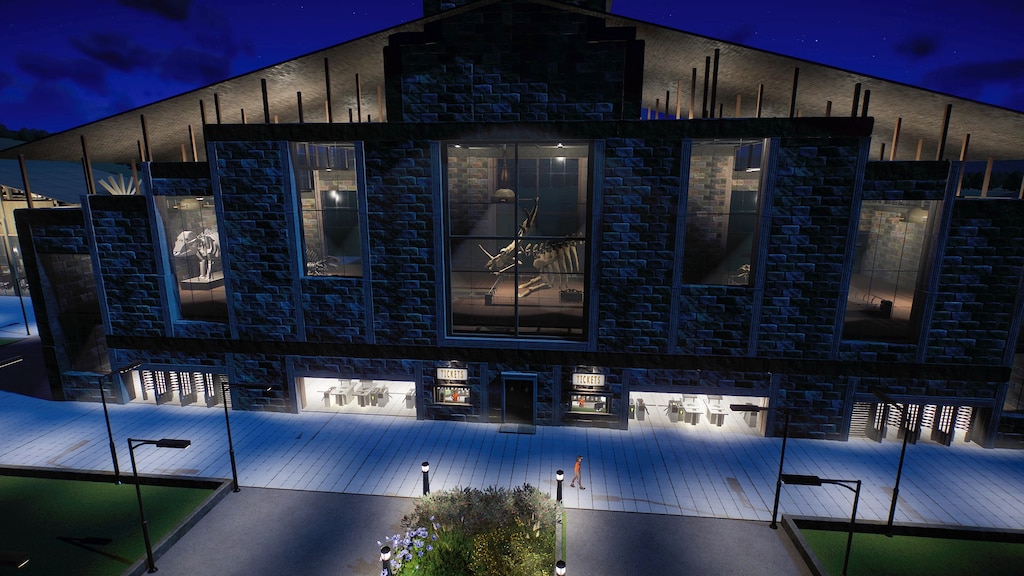 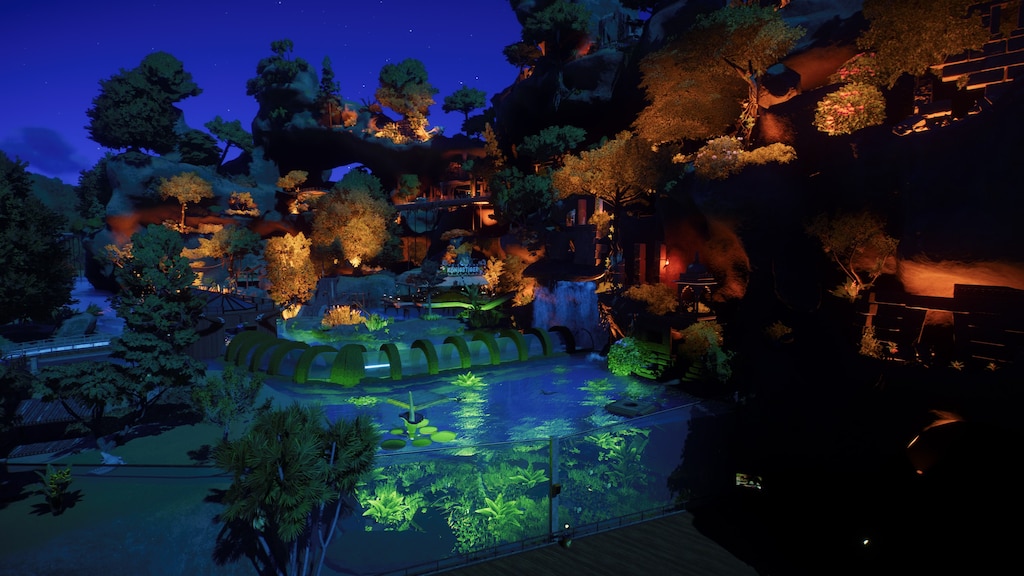 Recommended
15.6 hrs on record
It's immediately obvious that this game has been developed by people who genuinely care about animal welfare and conservation. Enjoying it so far! Maybe add in a game mode for 18+ where you can cause unadulterated chaos. 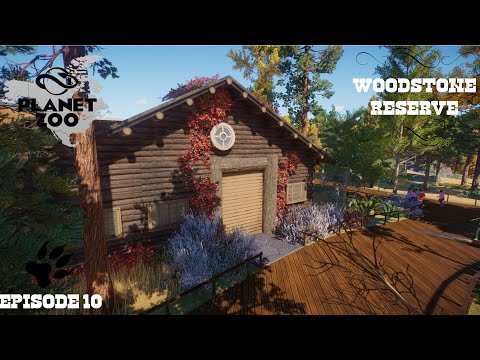 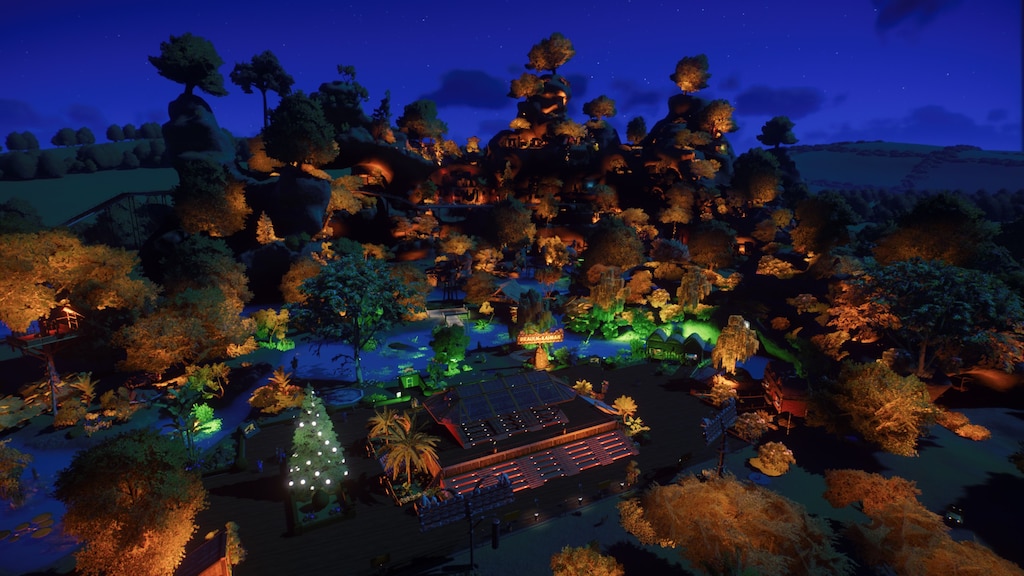 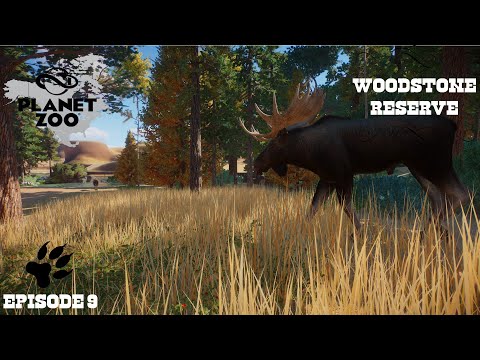 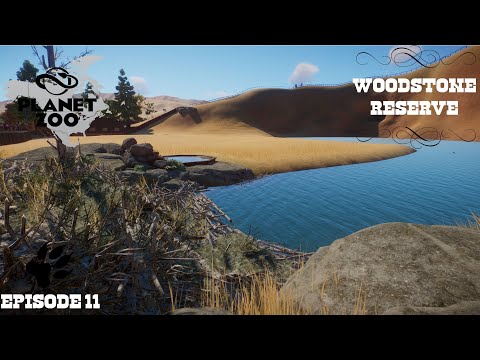 Make sure to fill up your gas tanks and get those snacks ready, because we're going on a road trip! We'll be travelling from the tall forests of the American west coast, all the way to the swamps of Florida and beyond in our next Planet Zoo Pack!

Which animals will we meet on our journey? Let's find out! In this Animal Pack you'll meet 7 mesmerising habitat animals: the industrious American Beaver, the towering and majestic Moose, the sleek and smart California Sea Lion, the shy and solitary Cougar, the enormous American Alligator, the highly-sociable Black-tailed Prairie Dog and the elusive yet adorable Arctic Fox. Joining them is a personal favourite as our exhibit animal: the American Bullfrog! One of the largest frogs in North America, they are known for their bright green skin. 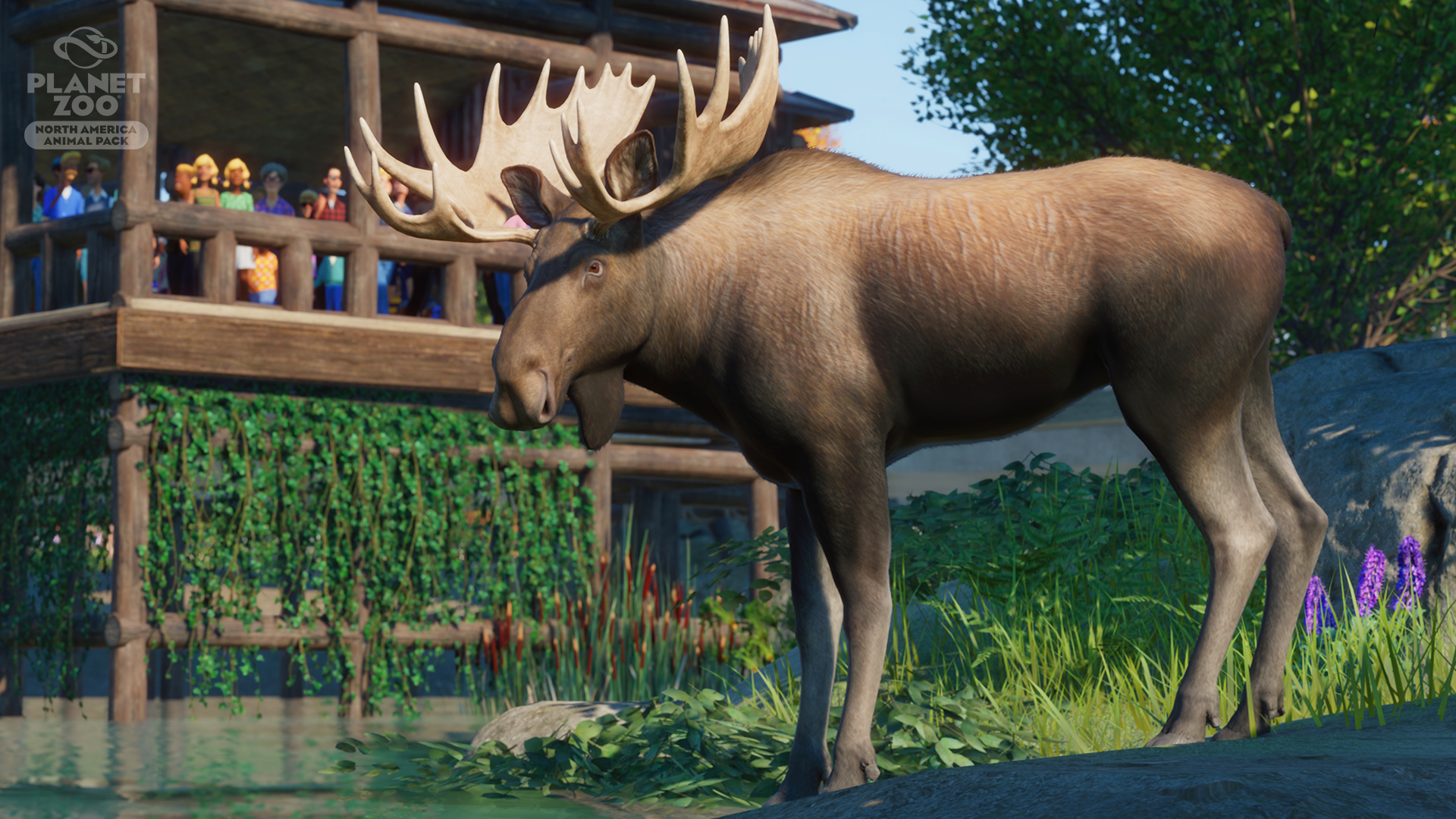 With so many new animals to look after and care for, you'll need some enrichment items to go with them! These include the Pronghorn Piñata, Skittle Feeder, Melon Feeder, Underwater Feeder, and the Beaver Pool which will help your industrious friends show off their skills to amaze and impress your guests.

We'll also be bringing you a new timed scenario with this Pack, set in the foothills of the Blue Ridge Mountains. Put your skills to the test and make this small zoo into a success story!

Which animal are you most looking forward to? From now until launch we'll be heading on a road trip together to meet them all, so make sure you stay tuned to our social channels!

Planet Zoo
2,620
205
Tip of the day day, Curved habitat walls.
Want to make curved habitat walls but the type you want to use doesn't allow curves? The trick is to layout your habitat with the Null Barrier then you may change the curved null barrier with any other type of barrier allowing for those curved log walls you were hoping to make. Veteran players use this trick often but for those of you that didn't know, now you do....
7

PLINSTERPINE
Oct 21 @ 2:19am
General Discussions
Paths
Maybe im just stupid and mssing something, but why am i not allowed to build paths close to enclosures? it keeps saying terrain modification failed... do i really have to build paths first then habitat
5

Sinrisa
15 hours ago
General Discussions
This weeks challenge is ... Hard? Easy?
This week I decided to stick with just red ruffed lemurs for an added challenge. It's harder than I expected. The number of gold ribbon animals that never make it to three stars is astounding. And today I've noticed that Frontier has seeded the market with a great number of high stat animals to combat that apparently. But I'm still on track to complete all of the gold leafs and get the good reward animals. Hopefully it will be true high value animals this time....
11