Bloodstained: Ritual of the Night

Bloodstained: Ritual of the Night is an exploration-focused, side-scroller action RPG by Koji Igarashi. Play as Miriam, an orphan scarred by an alchemist's curse that slowly crystallizes her body. Battle through a demon-infested castle and defeat its master to save yourself, and all of humanity!
-60%
$39.99
$15.99
Visit the Store Page
Most popular community and official content for the past week.  (?)
Development Roadmap - June 2022
Jun 17
Greetings, Army of the Night!

With the Aurora now in the game, it’s time to update the Development Roadmap for 2022.

Our overall goal since launch has been to complete the free content for the game before adding premium DLC. Now that we are getting closer to the completion of development, we can reveal what we have planned. 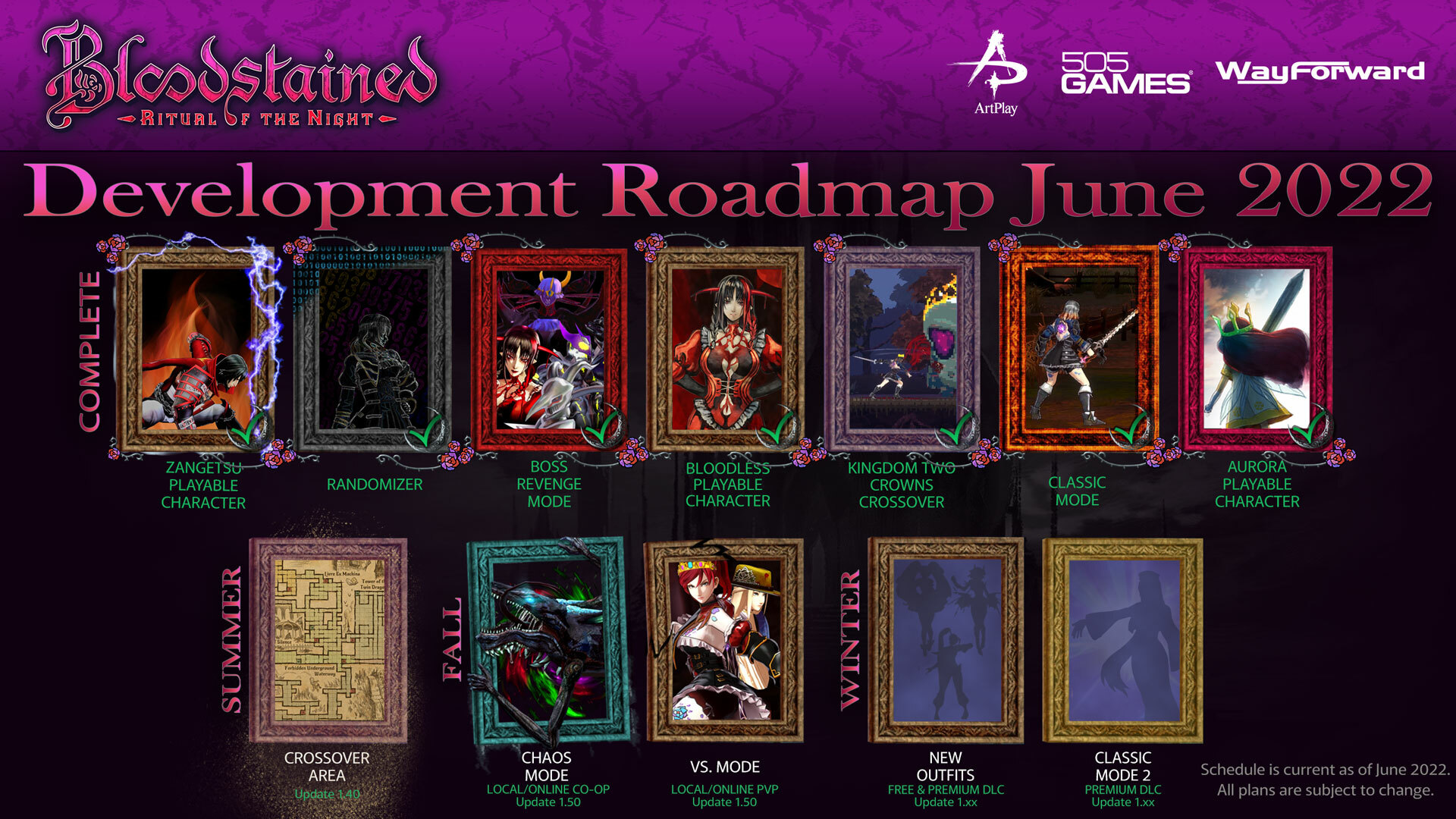 The next update will be a new crossover area based on a non-bloodstained franchise. The new area won’t appear on the map (nor affect your completion rate) so you will have to explore the map to find it.

Following the crossover area will be the long-awaited Chaos and Vs Modes. These modes will bring online co-op and pvp action to Bloodstained! We are very excited to finally bring these modes to you!

New outfits for Miriam will be added to the game with a mix of free and premium options.

And finally, Classic Mode 2, a new premium mode! We received so much positive feedback from Classic Mode that we wanted to bring you more retro action.

We have not finalized the release timeframes for the new outfits and Classic Mode 2. They may be released separately, together or grouped with Chaos and Vs Modes. We will make that decision later.

More information on all the upcoming content will be released closer to their launch dates.

We truly appreciate everyone who has followed along on this amazing journey.

Thank you for your support!
The Bloodstained Team

Bloodstained: Ritual of the Night
2,095
104
No Shardbinder Achievement
I just started playing on Steam (previously played on Switch) and I'm not getting the Shardbinder achievement despite having picked up a few at this point. Are achievements bugged?
8

Roto
Jun 28 @ 9:19am
General Discussions
Randomizer missing key items!!
Hello All! This is my first post, but I have over 300 hours of gameplay in BRotn behind me! Randomizer well I liked it a t first. I play it a t max shuffle everything (Including Quest rewards) with total chaos in drops and items, only the crafting and save rooms stay as normal. That means Quests can give you Key Items. The most recent play was a Randomizer on Hard. On first attempt I was softlocked (No Zangetsuto and no Double Jump) On second attempt I got most of the stuff, except for Zangetsuto, Curr...
1

Emperor Medo III
9 hours ago
General Discussions
are achievements working for anyone else?
curious
162

Luna Rosa ~
Jun 29 @ 11:14am
General Discussions
Please no more updates, just go work on a sequel
Just move on and work on a sequel already. We don't care about all these ROM hack tier additions, they're all awful and no one in their right mind is going to reinstall the game just to replay the same boring levels with a reskinned character. You're just beating a dead horse at this point and it's baffling....
22 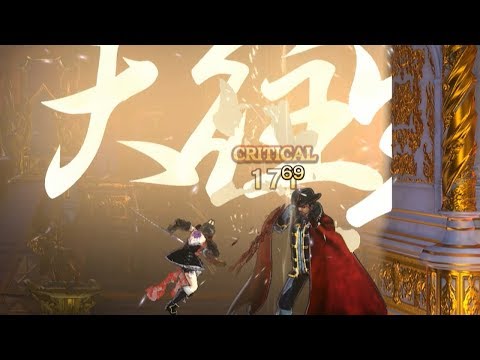 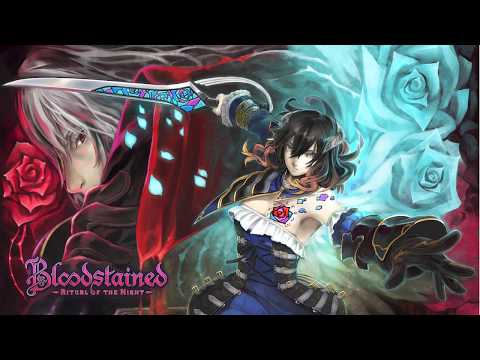 faydek
View artwork
Current Status of Upcoming Hotfix
Production Update: Just to keep everyone up to date...the fixes for the current top issues are in the QA testing phase. It is unlikely that everything will be submitted and ready for publish in the next week. We are currently targeting the week of the 9th for release (specific day TBD). I am hoping Aurora for Switch will drop that week as well, but cannot confirm at this time. I will provide more updates as I know more....
87 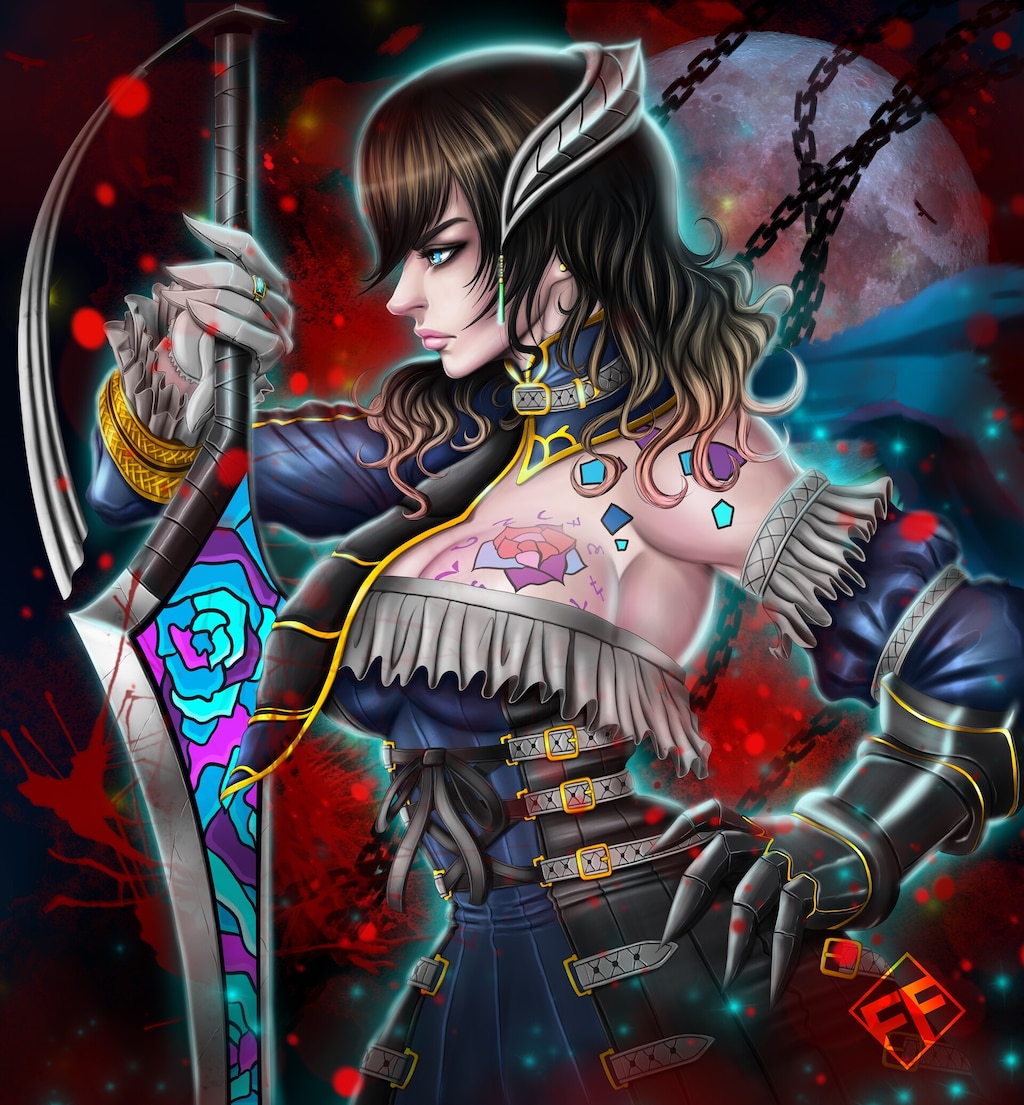 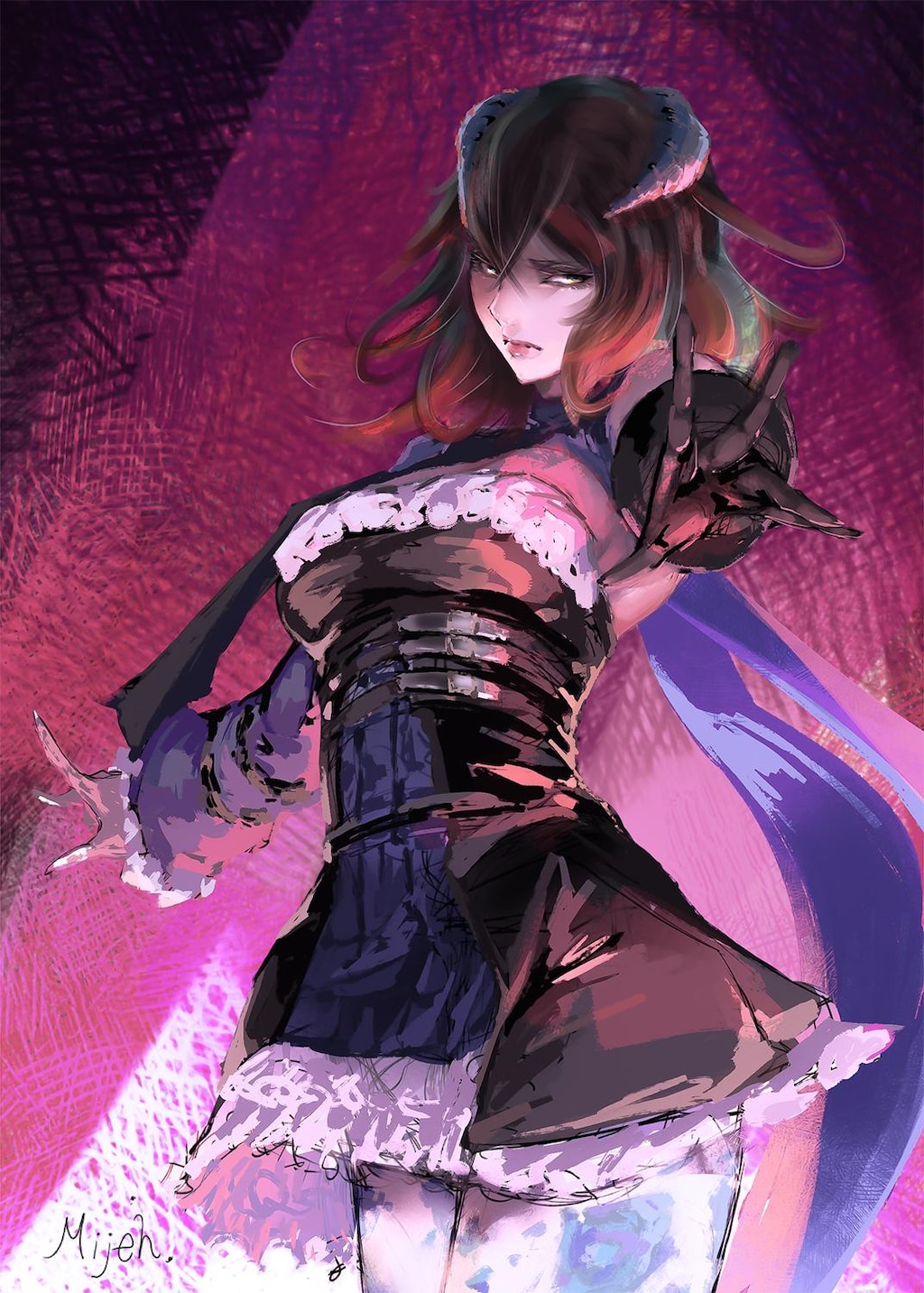 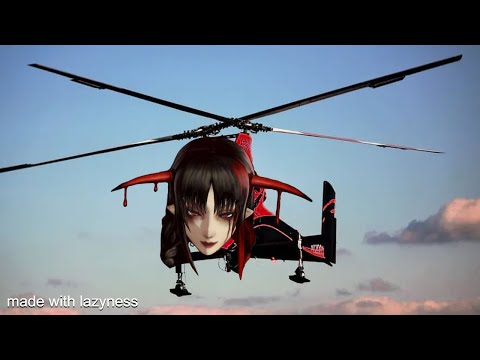 0
0
How it feels playing with Bloodless 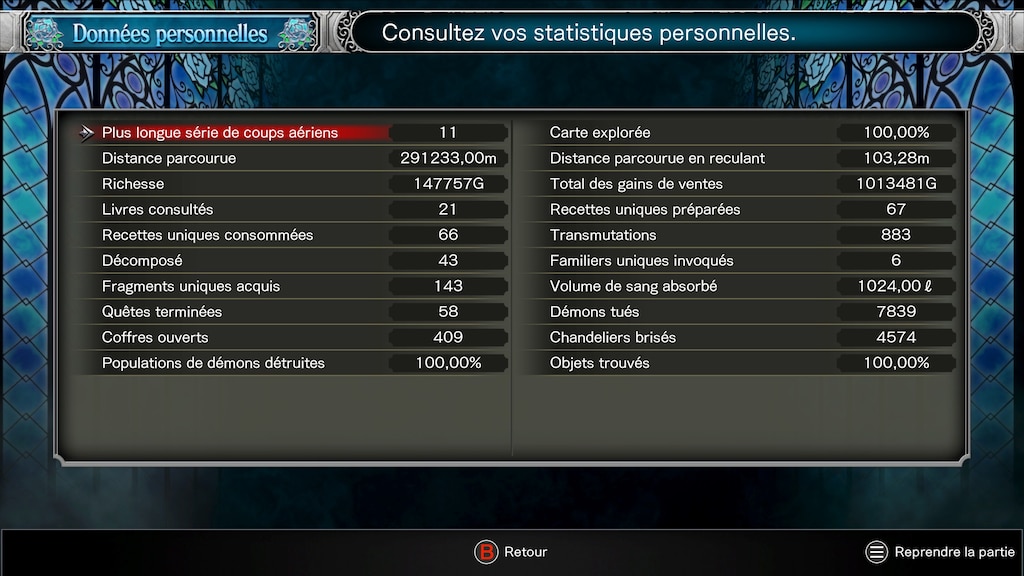 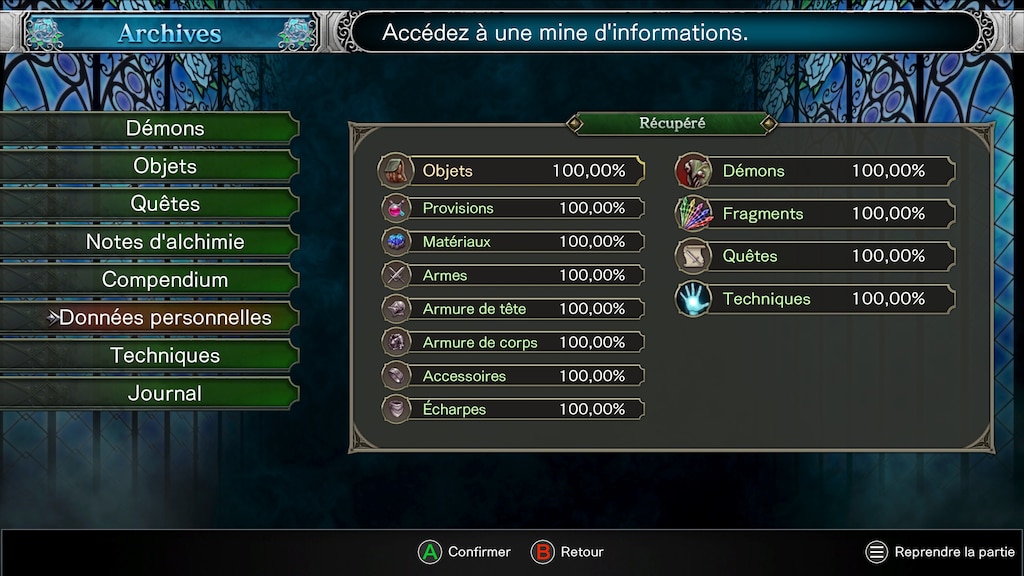 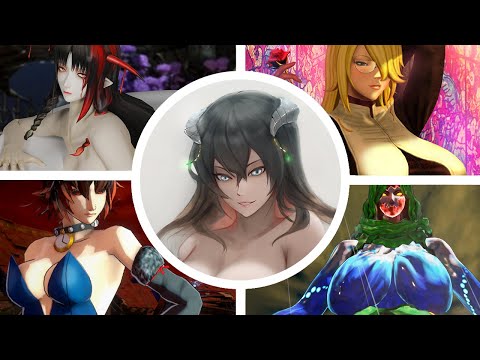 0
0
Bloodstained: Ritual of the Night - ALL BOSSES + 🌹 Ending【 No Damage / Nightmare Mode 】

If you haven't updated in a while, here is what was included in Update 1.30

Bloodstained: Ritual of the Night
606
39
Screenshot 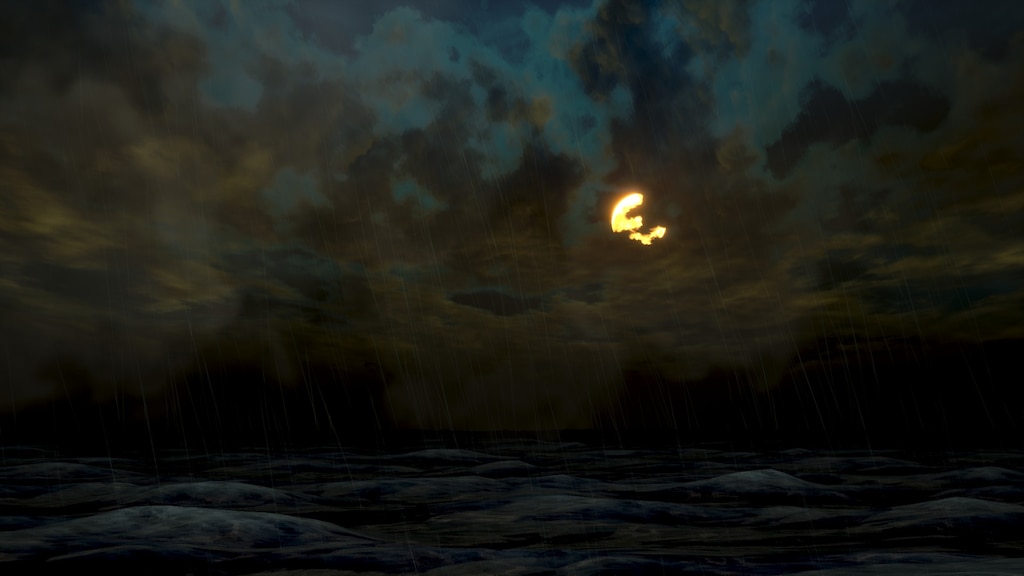 Recommended
25.9 hrs on record
Iga strikes again with an amazing game that blows me away. I had so much fun and loved the challenge in it. Can't wait to see what comes next.

Recommended
11.2 hrs on record
Bloodstained: Ritual of the Night is a good metroidvania. Having played a lot of the superstar games within the genre, I'd rank this one somewhere in the middle. It does certain things very well, and others not so well. If you're experienced with these types of games, Bloodstained won't knock your socks off. It doesn't really do anything new, it just does it's job - the itch to explore a well-developed world will be scratched. Which I guess is enough in a sense, but not enough when there are a games like Hollow Knight on the market. However, if you're a newcomer to the genre, this game might be a rough place to start. There are some insane difficulty spikes throughout the game that will require you to prepare potions, think carefully about your loadout, and interact with the surprisingly deep crafting system. Oh, and some totally out there progression gates that you'll probably have to Google.

Combat is fun for the most part. I enjoyed the emphasis on the fighting game-style inputs to get the most out of your weapons. Furthermore, jump-canceling and back-dash canceling are fun little techniques that provided enough variation to keep me playing. The shard (magic) system was interesting, although I found that there were only a handful of game-changing abilities. The rest I could live without. It's certainly quantity over quality, but when you find something cool, you'll be stoked.

The enemy and boss designs are creative and well done. There are a lot of callbacks to former Castlevania games, other indie games, and the Bloodstained: Curse of the Moon game. I'm not sure if I was just underleveled or unprepared, but some bosses kicked my ass on Normal difficulty. Several of them took me many, many tries to overcome. Their attacks come out fast as hell and they hit like a truck, so be prepared to spend some time getting good.

The castle that you explore is pretty cool. The connections between areas are well-thought out. Although, some of them are a little strange and "out there." Yet, Symphony of the Night had an entire colosseum built into its castle, so I'm willing to give this one a pass in the name of good fun. All the areas utilize their gimmicks effectively and keep you on your toes as you go through them. That being said, the developers got a little stingy with save rooms towards the end of the game.

Graphically this game reminds me of something you'd find on the Xbox Live marketplace in its infancy. It looks good enough and they committed to the art style, so I'm not bothered by it. You might even grow to like it. Not too much to say on this front.

But alas, I have a lot of nitpicks with this game. Certain things just take too long to do. Crafting, turning in quests, selling to the merchant, etc. Ultimately I can excuse these things because I enjoyed the experience as a whole, but my biggest complaint is that I never felt like I became a movement god and could fly through screens as fast as I wanted to. It takes a long time to get the big exploration/movement upgrades. While there are fast-travel gates placed reasonably in each area, I would've liked to sprint through areas I'd already cleared in a faster manner. The default dive kick that you have is nice, but the closest thing I found was a greatsword special ability that let you drag your sword across the ground and fly forward horizontally. Something like this should've been a white shard (a permanent movement upgrade) and not locked to a weapon archetype.

Overall, my feelings towards this game can be summarized as: it's good enough. It's worth your money, but it won't be the best thing you've ever played. 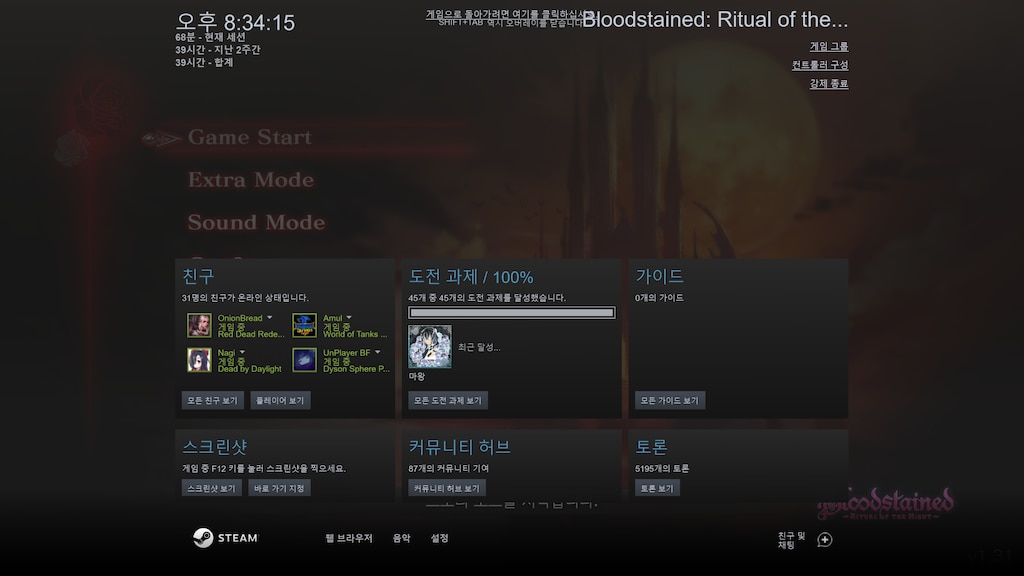 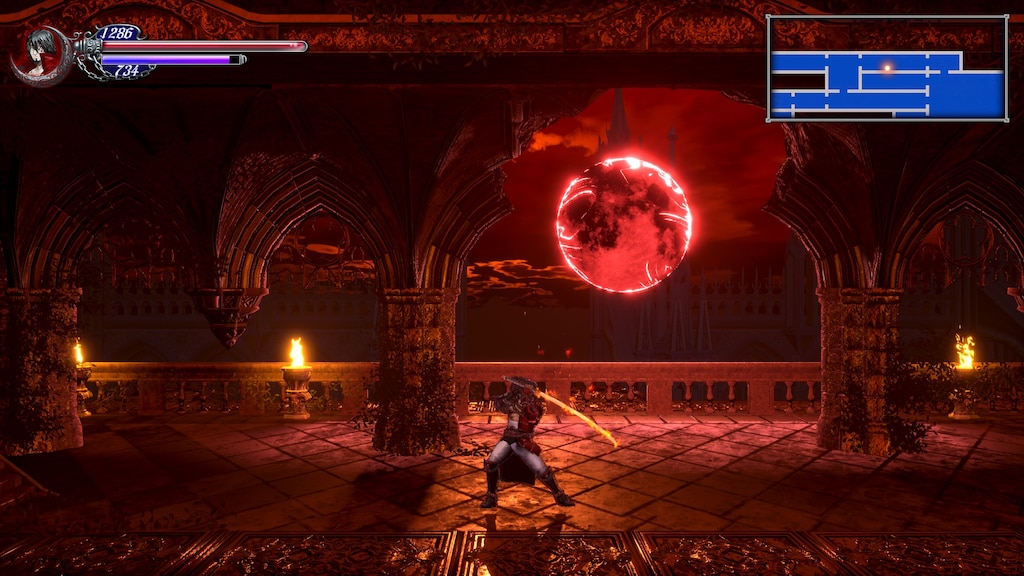 Easy way to obtain Gold (crafting material)
It is very hard to loot Gold from monsters and to craft it from Dark Matter (another extremely rare crafting material). Fortunately, the Hidden Desert's Blue Chests contain gold and there are 11 of them! I've mapped out a path to let you traverse the whole... 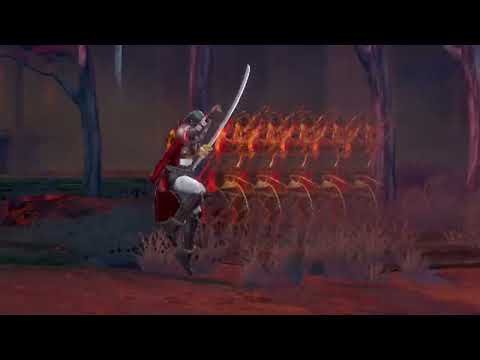 0
0
To the castle (Ducktales to the moon meme)