Foundation is a grid-less, sprawling medieval city building simulation with a heavy focus on organic development, monument construction and resource management.
-20%
$29.99
$23.99
Visit the Store Page
Early Access Game
Get instant access and start playing; get involved with this game as it develops. Learn more.
Most popular community and official content for the past week.  (?)
1.6 Minerals & Craftmanship Update: Release Date News
Jun 26
Exciting news everyone!

The Minerals & Craftmanship Update will be released on Tuesday, July 14
The 1.6 preview build has now been thoroughly tested and the additional content is coming together. All this means we can today announce the release date for the upcoming Early Access 1.6 update.

Announcing a New Addition: The Masterpieces
In addition to the content previously announced[www.polymorph.games] we have also been working on a new feature coming in the 1.6 update… Masterpieces!

Masterpieces are unique sets of parts that will become available via inspirational events that will occur during gameplay. Once obtained the masterpiece parts set will be available to incorporate into any monument, transforming it into a unique monument.

Each Masterpiece can only be built once and will make full use of the new minerals and crafting stations now available.

There will be a total of 9 Masterpieces for you to discover and build in the 1.6 update release. All 9 Masterpieces will come with their own exclusive effects such as the work in progress, Shrine Masterpiece pictured below.

The Shrine will be unlocked via a miracle event and once built will become a place of pilgrimage for people far and wide and will come with the added effect of increasing immigration to your settlement.

New Achievements
To complement the new Masterpieces, each one will unlock a related Steam achievement. This will take the take number of achievements available in the game to 21.

New Animations
As well as all the new content coming in the new update we have also been working to increase the immersion. The 1.6 update will additionally come with new workstation animations to bring the new buildings and content to life.

The Jeweller checking the quality of her work

Finally...
If you hadn’t already seen the previously news[www.polymorph.games], here is a brief summary of what you can expect in the Minerals & Craftmanship Update, coming on July 14!
- The Polymorph Games Team

[ENG] The ultimate beginner guide
Here is the english version of my german guide for all english-speaking players. In this guide you will find all the information you need to get started. In cooperation with der_seBi (german supporter), who checked the content for correctness. ;D Guide wil...
101 ratings

Pea Kina
View all guides
Help me decide too buy or not!
Hi! Is this game worth buying? I am a masive Settlers/Anno player so this game peaked my intrest but since its early acces im not sure how far in it is!~ Thanks!
14

How Not To Suck-- Tips From My Many Failures (Alpha 1.2.4.0611)
I failed a ton at this game before figuring out some basics. Here is a collection of tips to hopefully help other folks similar to myself. Included is a step by step guide for if you're just starting out and can't get a handle on why things are broken, and...
67 ratings 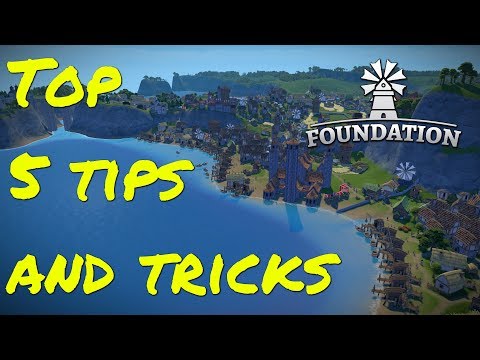 Not Recommended
46.7 hrs on record
Early Access Review
I have 42 hours invested into this game. Let me start by saying I see great potential here but at the current time I cannot recommend this game. I am a programmer, so my view may be tainted slightly but it is also because of this fact I can share concerns through different eyes. They are releasing a major update on July 14th and introducing awesome, cool new items into the game. That sounds good in theory but when you are in alpha and have not addressed core details that leave the game broken, this is why I cannot give a thumbs up. It is a shiny new corvette that looks amazing but, when you raise the hood you find a lawnmower engine. Here are the things that should have already been fixed that are not: 1) The characters run out of names at around 70. Your player name will be Male # 12345. How is it there are already Mods to resolve this problem but the Dev still has not taken the time to fix? 2) You can place housing zones in prime real estate territory but the characters will not build homes. There are many discussions about this on the forums and if you google the game. There is no way an alpha should have this issue. 3) Path-finding completely sucks. Characters will walk through trees and create paths straight through gray colored cliff areas. It makes the overall appearance look cheap and outdated. I really want to love this game but how can you be releasing cool new features when you will not take the time to fix things properly? Like I said, my view may be tainted because I know many companies that shortcut quality in their coding while trying to wow you with BS. Please fix this game because it is a gem. 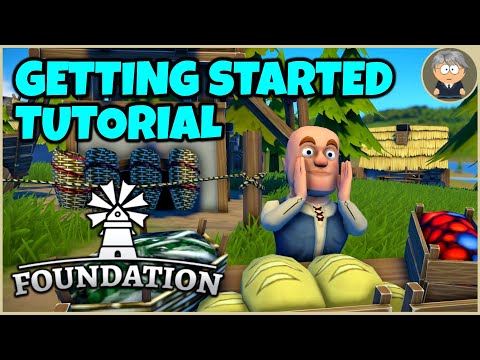 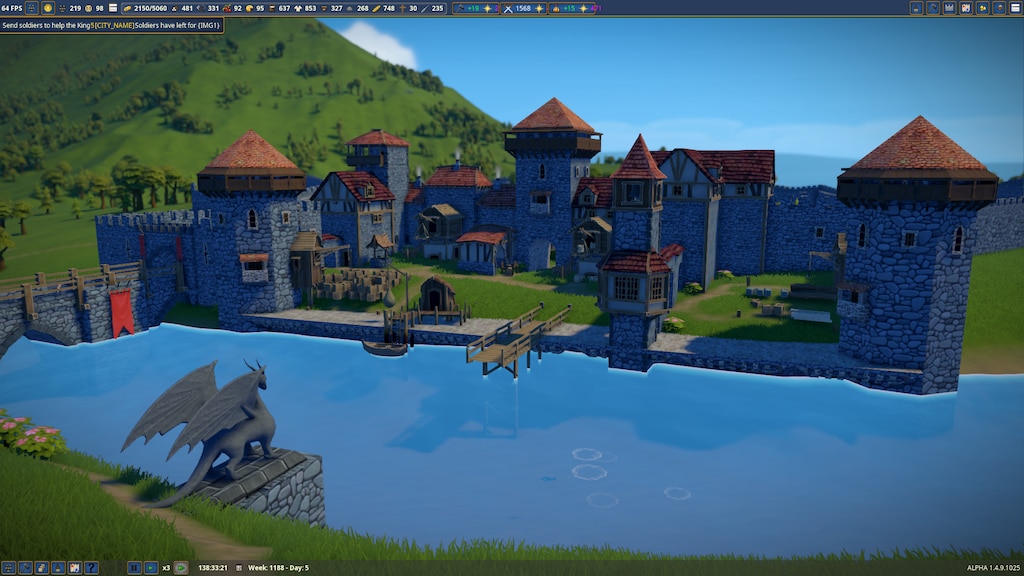 Recommended
64.7 hrs on record
Early Access Review
For decades, I've been a fan of city builders. In the past few years, I've played all recent version of SimCity, City Skylines, Factorio, Prison Architect, Tropico, and Ostriv. Foundation obviously falls more in line with indie games like Ostriv and Prison Architect. To my mind, though, Foundation offers the best of what I'm looking for in a sandbox game: interesting supply chains and balancing resources for different types of citizens. The game is early access so it's not perfect; for example, once I reached 500 citizens, growing further became dull because it's just repeating the same tactics as before. My hope is that developers add more supply chains, more trade, and additional details on citizens. For the last, there is not enough citizen data to figure out where there are housing problems. This usually does not present problems and hasn't detracted from the game. All said, if you're looking for a good city builder, this is a great option. 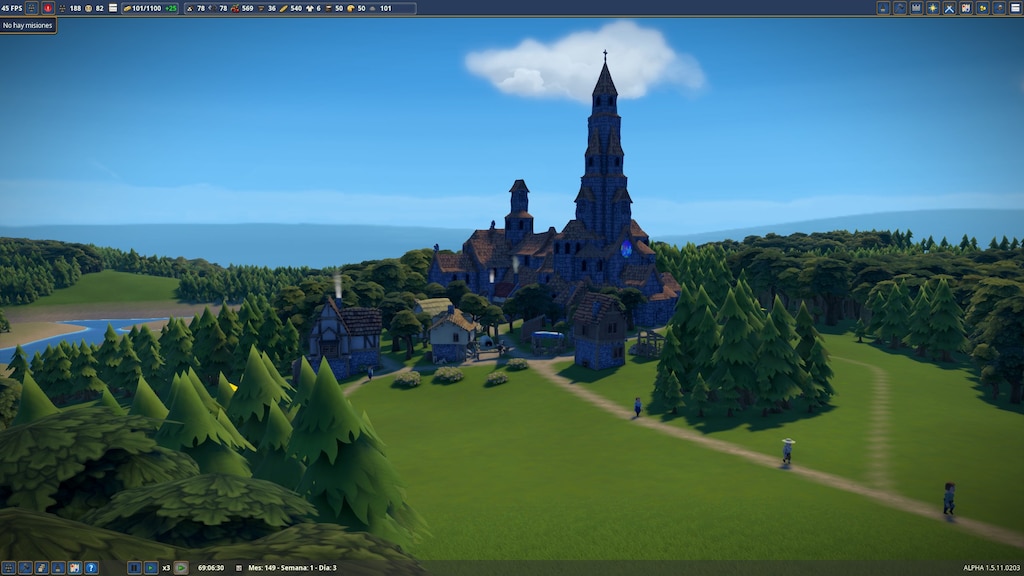 We have just pushed a new hotfix patch on the 1.6 preview build branch.

If you would like to take a look at the Minerals and Craftmanship Preview build you can switch over to it via the Steam Betas in your Foundation properties.
(If you don’t see the preview option restart Steam) 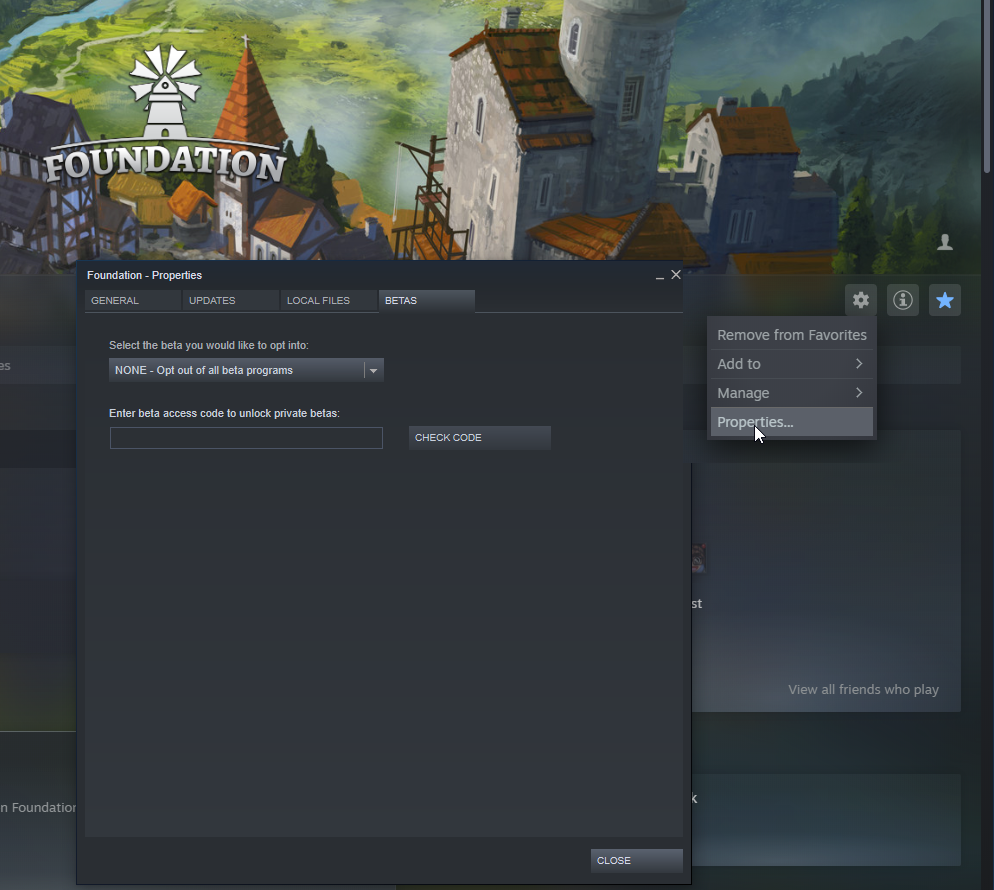 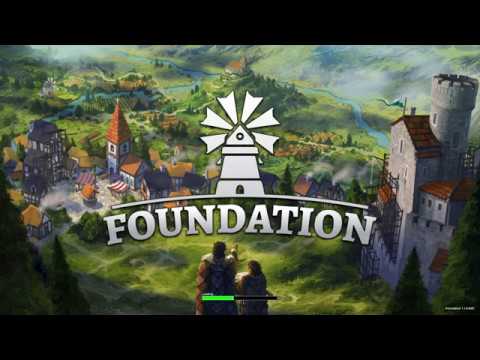 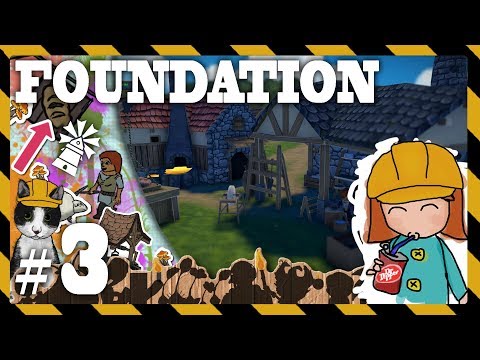 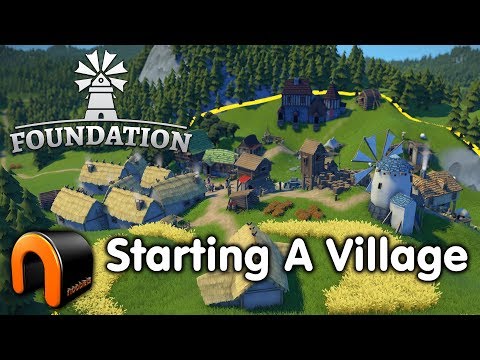 0
2
Foundation STARTING A VILLAGE From The Beginning! 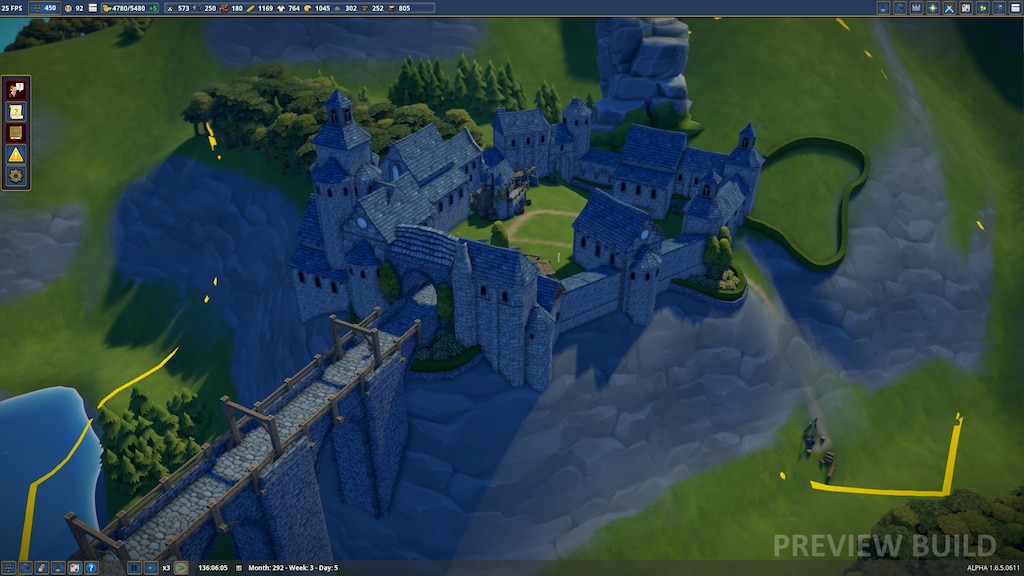 Not Recommended
0.9 hrs on record
Early Access Review
The UI is absolute trash, looks like a high school project. It is a pity, since the interface is an integral part of a complex city builder. I'd say a great UI design first, and graphics second, we don't need rolling fields of grass and depth of field while the GUI looks like something from 1994.

I really hope this will be a great city builder at some point, and hopefully walk in the footsteps of Banished but right now it still isn't worth buying. I tried it a year ago when it came out, and tried it now but It is still not a game worth spending 22 quids on. 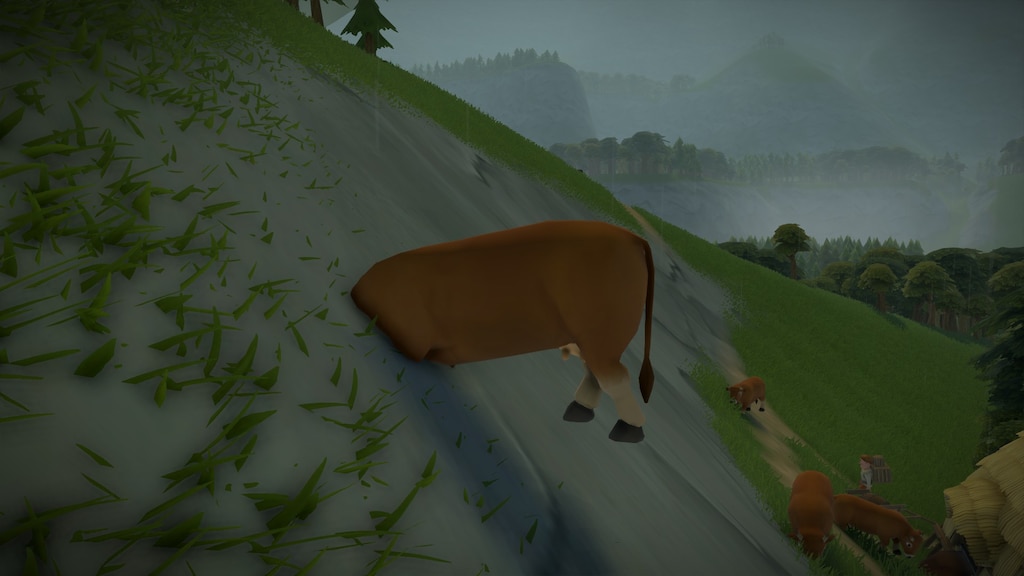 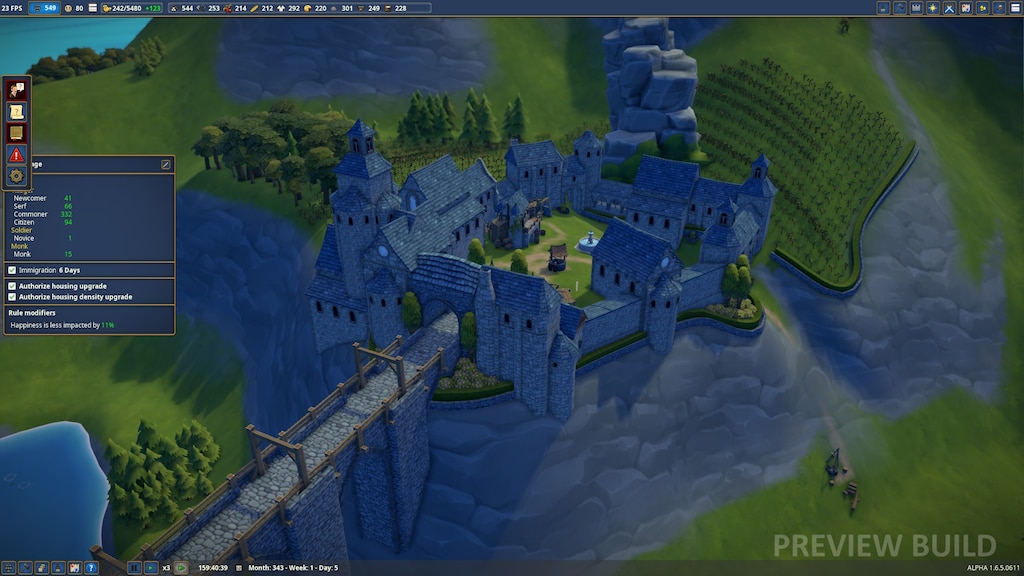 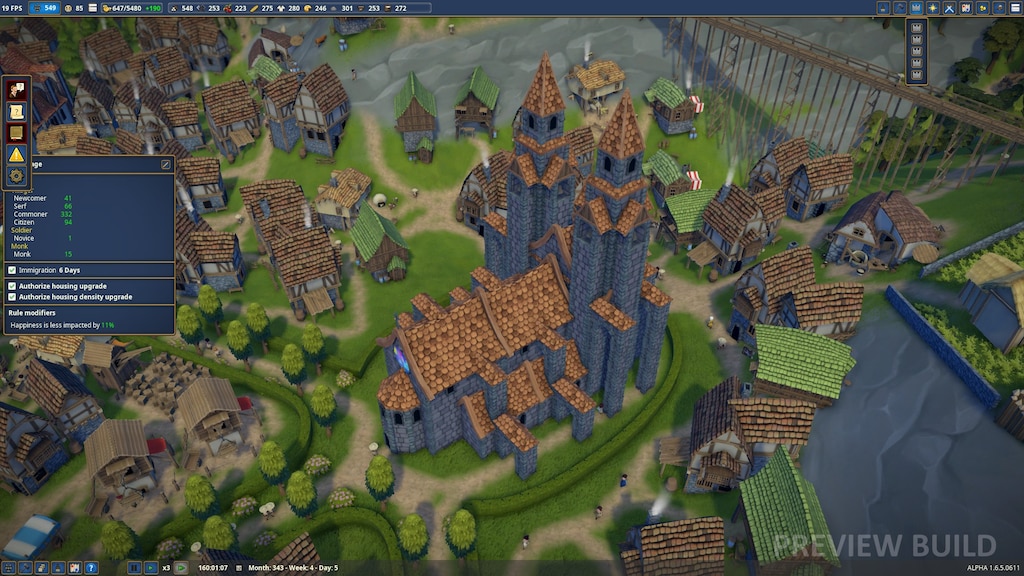 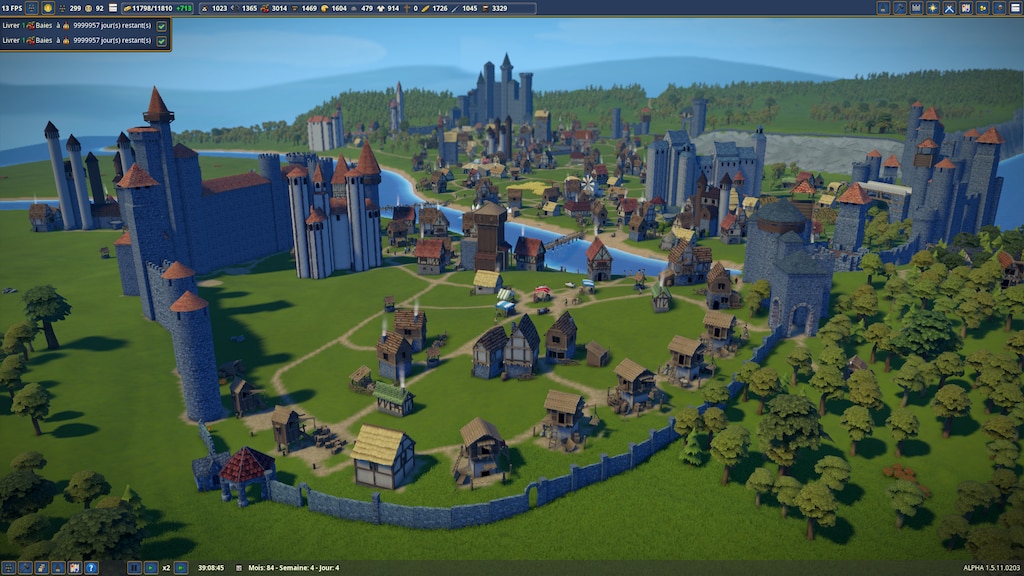 Djafizer/ar
View artwork
My initial thoughts
Hi everyone, A few initial thoughts from my for few of hours playing! - Great concept - I love it, even for an 30+ yr guy playing! - Can you make the serfs talk/exclaim/etc? I can see the guy selling food spruiking, but can't hear anything. - can you allow inversing of the middle-mouse view control please? - I very much like the scale of the UI - however we need build shortcuts - ie 'B' for build menu - Just noting that for the berries quests - should reference granaries, not warehouses... - I build my m...
23

yourFriend
Jun 30 @ 12:15am
Feedback & Suggestions
House building / Immigration Isue
Hello, I have an issue regarding building new houses I already tried reloading, restarting game. As seen on below screen shot 6 villagers lack houses and since 2 in game weeks won't build them. I tried also re-applying the residential layers etc. https://i.imgur.com/ufPi4el.jpg I added a lot of desirability, a well and market. They also have a lot of space. Am I missing sth or is it a bug?...
1

Niebo
8 hours ago
Bug Reports
Please report any Preview build bugs here: 1.6.#.#### Bug reports
Hey everyone, Thank you all for checking out the Preview build and reporting any bugs. Please use this mega thread for posting bugs you might find in the Preview. If you would like to send us any Feedback we would love to hear and you can do so via this form: https://forms.gle/6sjAL8bQVNdWNeqt8...
86