Welcome to yet another Developer Briefing. Today we’re excited to showcase an abundance of new content coming in Update 12, featuring new Commander Abilities, additional Omaha Beach map variants (with reworked areas to suit their respective gamemodes) and the new US “Sherman M4A3 75w” medium tank along with the return of the beloved German “Panther” medium tank.

New Commander Abilities
This first feature has been one of the more difficult surprises to keep, and after seeing the countless requests across the Reddit, Steam forums and Discord channels over the past few weeks, we’re very excited to finally be pulling the curtains. Scheduled for implementation in Update 12 is the addition of 2 new Commander Abilities - the ‘Ammo Drop’ and ‘Precision Strike’, featuring the infamous Ju-87 ‘Stuka’!

As always, please note that the following content is in a state of ‘work in progress’ and has yet to receive final adjustments and polish.

Precision Strike
‘Precision Strike’ calls upon the support of deadly fighter plane(s) to execute a devastating single blow to a specific target defined by the Commander. This new ability will prove as an effective solution to tightly knit infantry positions, stationary vehicles unaware of their senses or exposed garrisons who’s position can be pinpointed on a map.

Though with great power comes even greater responsibility, as a high cost and cooldown rate means that such a request must be radioed in with full confidence, as while the effective radius of the precision strike is small, its power is absolute.

Each faction has their own unique twist on the ability, sporting the very planes used historically to deliver such devastating blows on the battlefield. 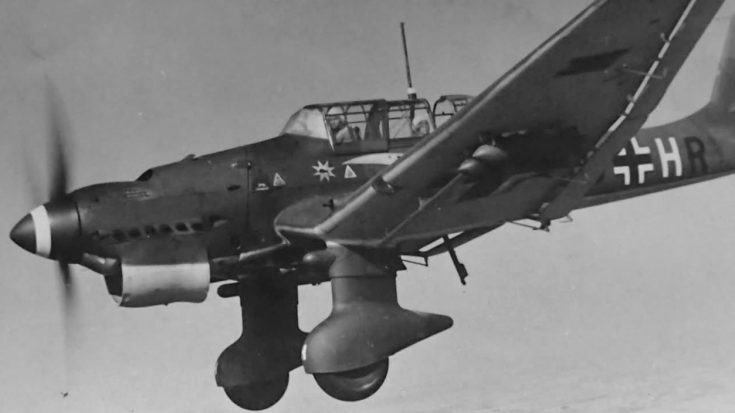 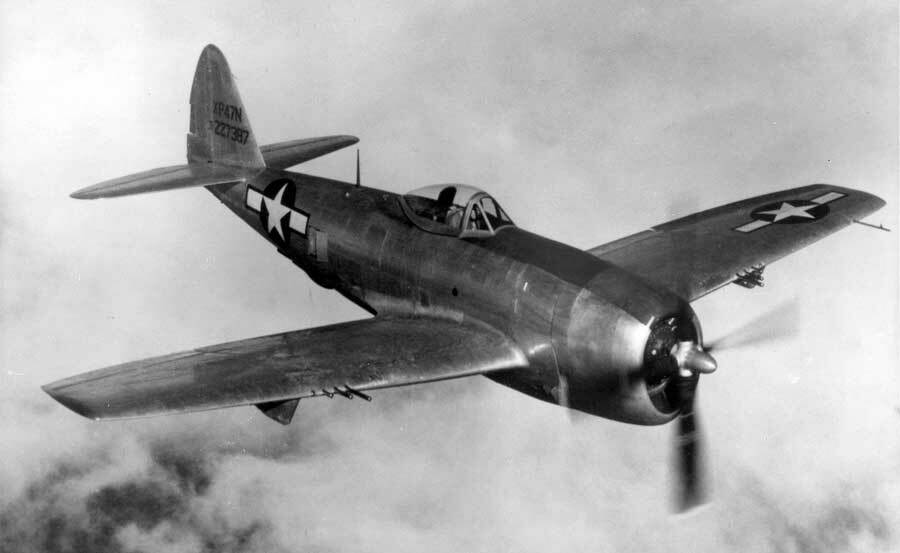 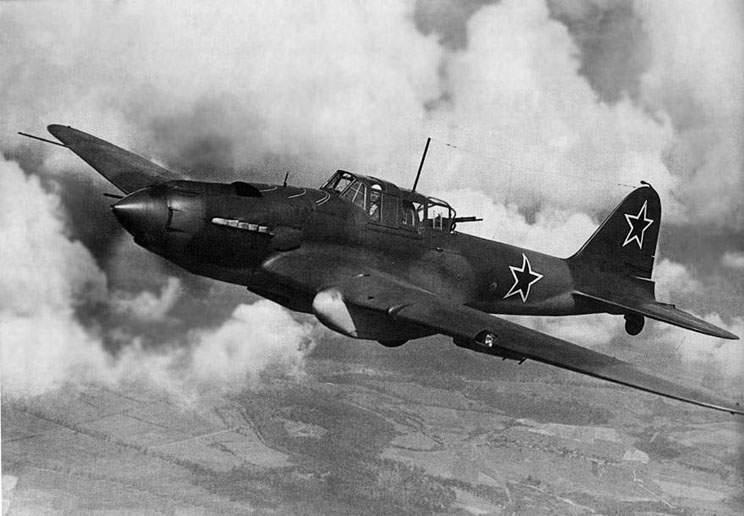 Ammo Drop
The second commander ability included in Update 12 is the ‘Ammo Drop’. Similar to the existing ‘Supply Drop’, the ‘Ammo Drop’ parachutes in an emergency stock of assorted medical, firearms and explosive ammunition for soldiers on the ground. The ammo crate from this ability is unique in the sense that rearming from one will restock all types of ammo carried by a soldier and will initially allow soldiers to rearm a total of 12 times (ie. 12 soldiers each rearming once)

The ‘Ammo Drop’ will be especially handy if you run out of rifle ammunition and grenades or even bandages as they’ll all be replaced during the one rearming cycle. The rearming of a soldier can only be done once per life until the 12 re-arm slots in the crate have been exhausted or the crate itself is destroyed.

Commanders who like to plan ahead should find this new ability particularly useful when preparing for an upcoming firefight, as any advantage can turn the tide of battle. 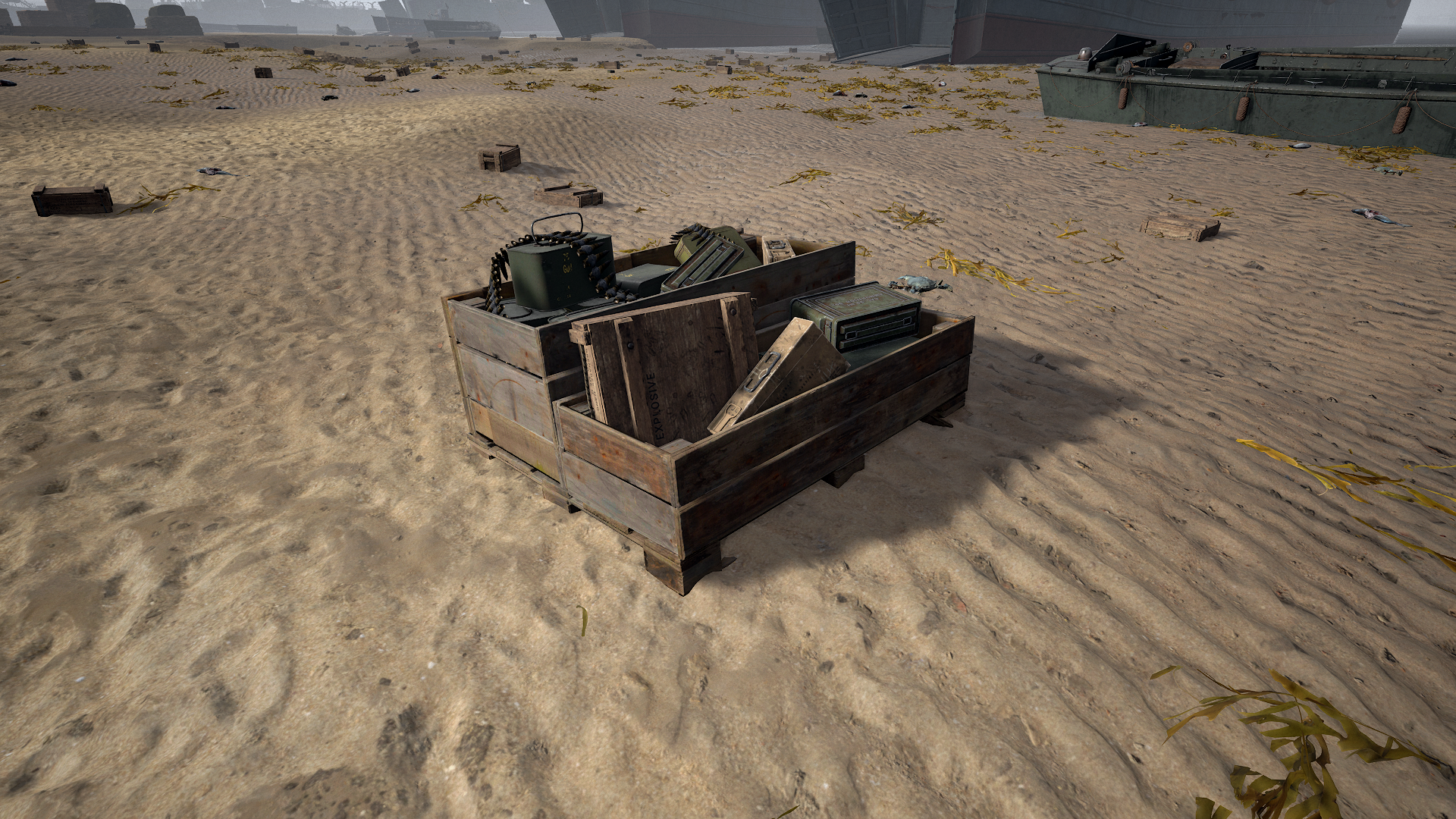 New and Improved Vehicles
New Sherman M4A3 75w
Along with new Commander Abilities comes a new addition to the vehicle lineup for the US forces - the Sherman ‘M4A3 75w’.

Similar to when the Panzer IV was introduced, this new addition will replace the existing Sherman M4A1. Those of you who have been with us over the years will know that the Sherman M4A1 was one of the very first vehicles added to the game, and we feel that over the course of time the asset has begun to show it's age.

The name “Sherman” comes from the British tradition of naming its American produced tanks after American Civil War Generals. Named after General William Tecumseh Sherman, the name quickly caught on and led to the adopted practice of the US Army naming all its tanks after Generals.

Some of the first M4A3 (75w)s were shipped to Europe in the weeks and months following the Normandy Invasion on June 6, 1944. It was the goal of US Army to place the Ford engined Shermans with their updated Second Generation features into the hands of combat troops as quickly as possible.

The M4 Sherman was uncomplicated, reliable, and mechanically well constructed. Working in tandem with well-coordinated Allied infantry, artillery, and air forces, the plentiful and trusty Shermans were able to vanquish most German armoured formations simply by ganging up on them in overwhelming numbers when all else failed. Often considered one of the great additions to allied forces during the entirety of WW2. The trusty Sherman holds a place in any WW2 gamer or history buffs heart. 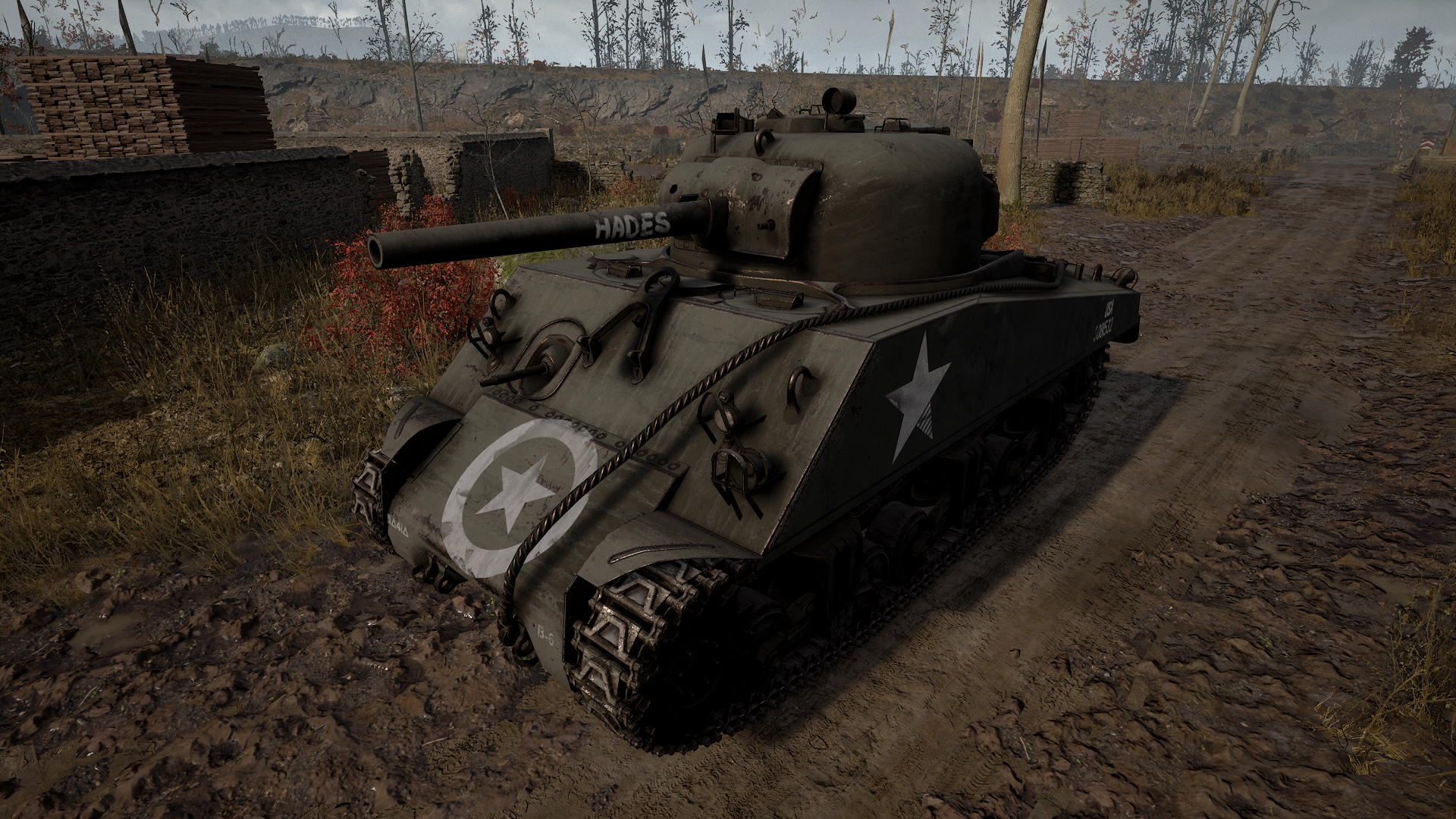 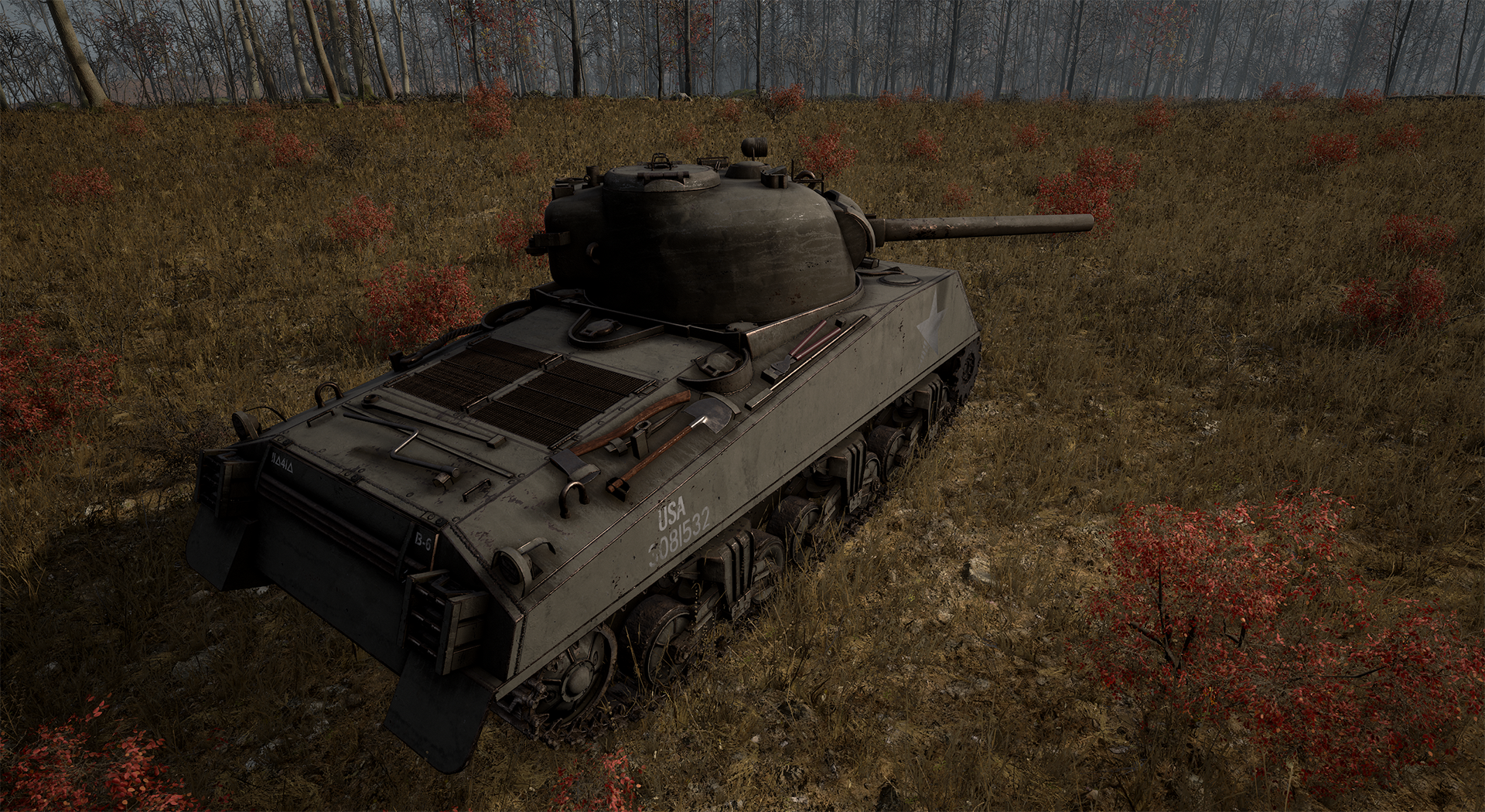 Return of the Panther and Smart Materials
As many of you who have been following our previous Developer Briefings know, it has been our goal to continuously raise the bar when it comes to the visual fidelity of both past and future content in Hell Let Loose and how Smart Materials play a large role in those efforts.

In addition to the new US Sherman M4A3, players will have the pleasure of seeing the reintroduction of the German Panther tank in its up classed ‘Heavy’ configuration, showcasing its fresh coat of Smart Materials alongside the Tiger I.

For anyone left wondering what a ‘Smart Material’ is, we highly recommend reading back on one of our past Briefs - Developer Briefing 130 where we explain their benefits in detail, but to give a quick TL;DR, Smart Materials provide a: 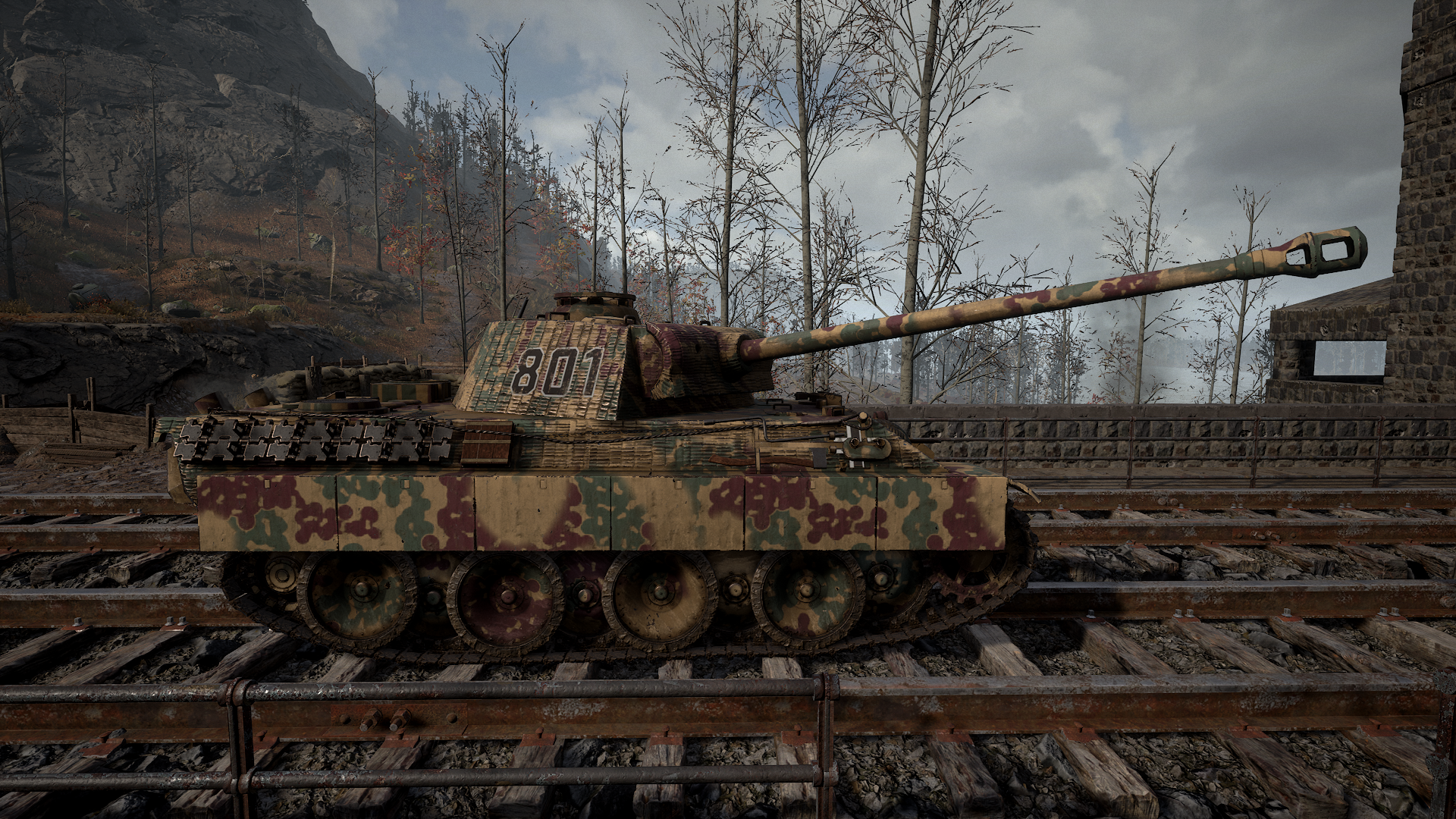 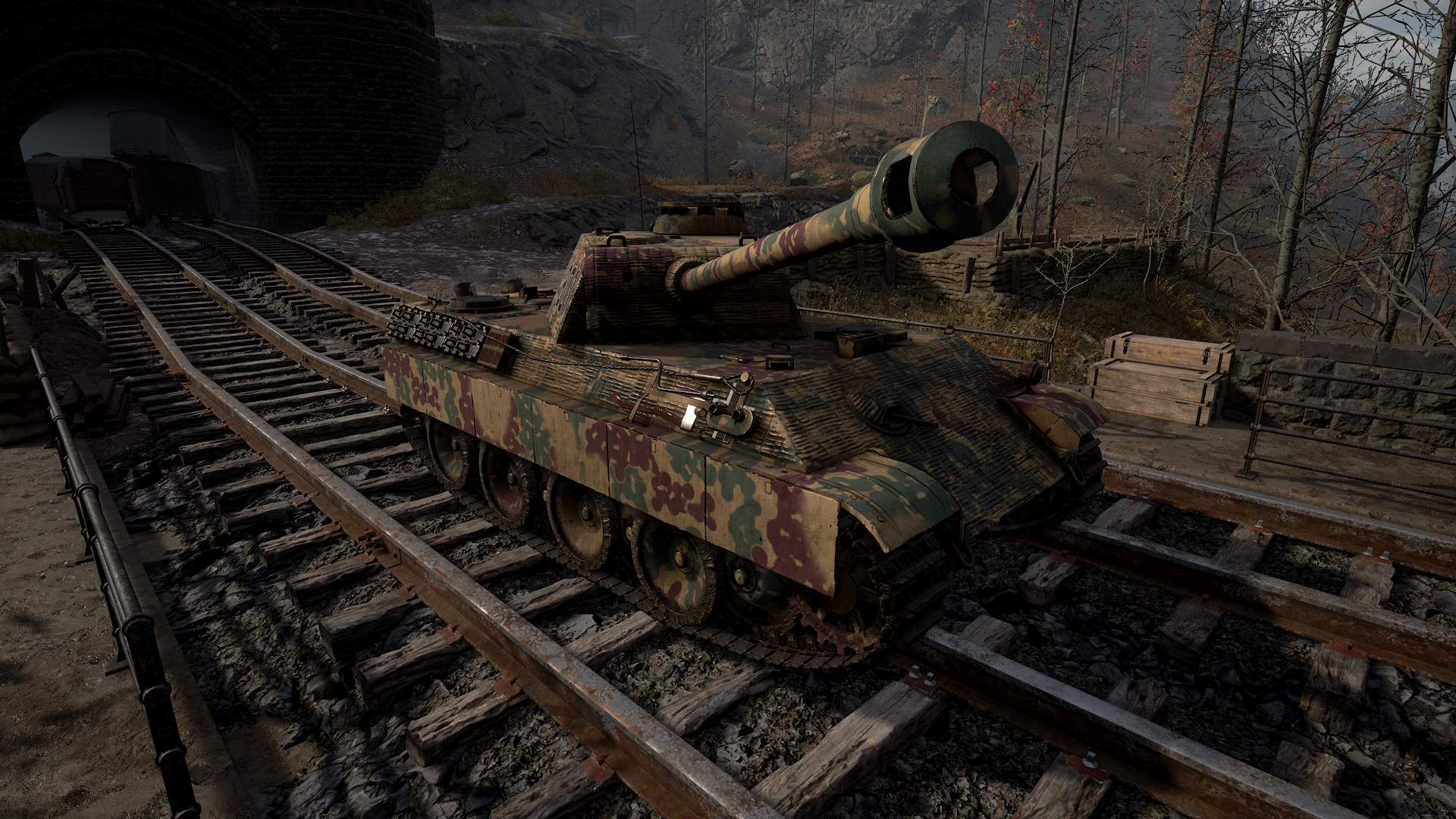 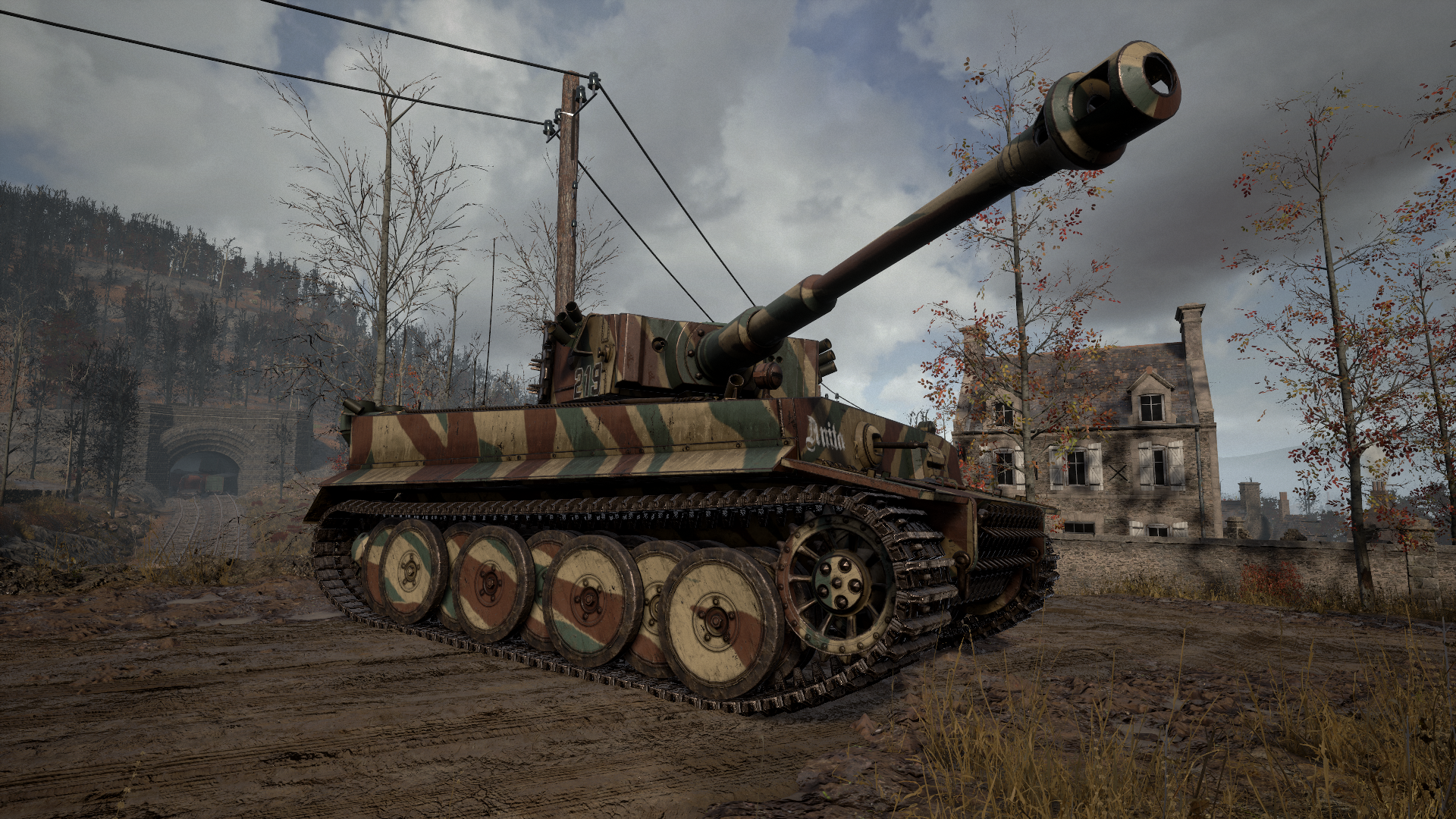 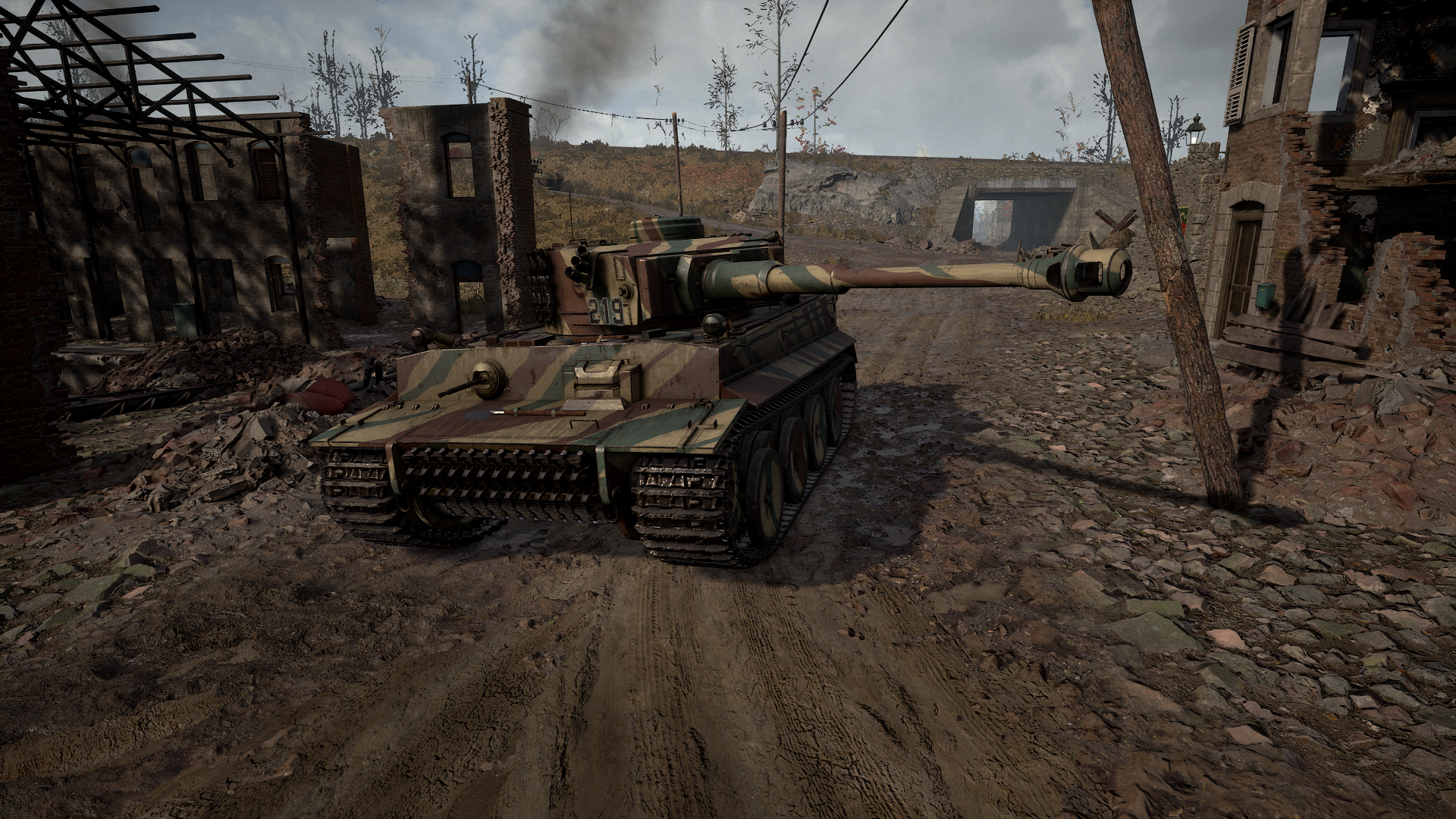 As we move forward with a wider implementation of smart materials in later updates we intend to also apply them to other items, allowing us the ability to do new things such as adding variety to models, giving a more realistic and authentic feel to the game. All new content moving forward will be using Smart Materials as a new baseline standard in model texturing.

Omaha Warfare and German Offensive
Players who are seasoned to the brutality of storming the famous Omaha Beach landings will be pleased to see that amongst the additional maps of Update 12, two new modes have been added, now rounding out the map to include all available gamemodes.

The Landing craft pictured below allow players to spawn and mount up from within, providing additional cover over the existing boats used in the Offensive US gamemode. We are very excited to see what players think of the new beachfront and how it plays during the new Warfare and German Offensive gamemode.

U12 PTE #02
For anyone interested in getting an early hands-on with new content such as the Stuka, we are excited to announce that the 2nd PTE for Update 12 will commence on Thursday June 9th at 2pm BST.

Unfortunately due to some server maintenance being performed by a GSP at conflicting times, this session will be starting roughly 3 hours later than the usual 11am BST. To make up for this we will be looking to run an extended PTE during the next session before the release of the update.

After the influx of player feedback we received during the 1st PTE, we look forward to your thoughts on what’s new this time round. For those who require a refresher on what to expect, check out the list below which highlights many of the new features coming in Update 12 that will be available to test during these sessions.

A detailed list of changes will be available in the Discord PTE channel once servers are live.

How To Join The PTE
If this is your first time wanting to participate in a PTE you’ll need to head over to the Discord[discord.gg] where you can find information on how to join and get notifications on when a testing period is live. A full changelog can be viewed in the HLL official discord in the #pte-Info channel on the day.

As always we greatly appreciate all who participate, whether it’s to provide valuable feedback and bug reports, or simply help out with the numbers to test server loads and other items. We’ll also be jumping into battle amongst the ranks on the day so if you have the time or are just curious, we would love to hear from you!

War Correspondent, Content Creator and Community HLL Videos
Time for some more community highlights from the below creators. We highly recommend giving them a watch.
If you see a Video you like make sure to post in the Discord #hll-videos channel.

Hell Let Loose - A Weapon SO Good I ran OUT of Ammo - Alpine Sniper
https://www.youtube.com/watch?v=b25EIDU6ACw

This game has the most INTENSE street to street fighting - IronHeart Gaming
https://www.youtube.com/watch?v=Jv-YljcpNM4

Don’t forget that if you haven’t checked out the other Hell Let Loose socials you should do so. Like our discord you will find them great places for information and community interaction.

Our other social platforms can be found here:

That ‘maps’ up today's dev brief, we hope you all enjoyed it. See you all on the frontlines soon!

Hell Let Loose
1,624
283
Is this a good successor of Rising Storm: Vietnam?
I wonder if HLL is similar to RS:V. What do they have in common or differ. Trying to decide if this is a game that will scratch my itch.
1 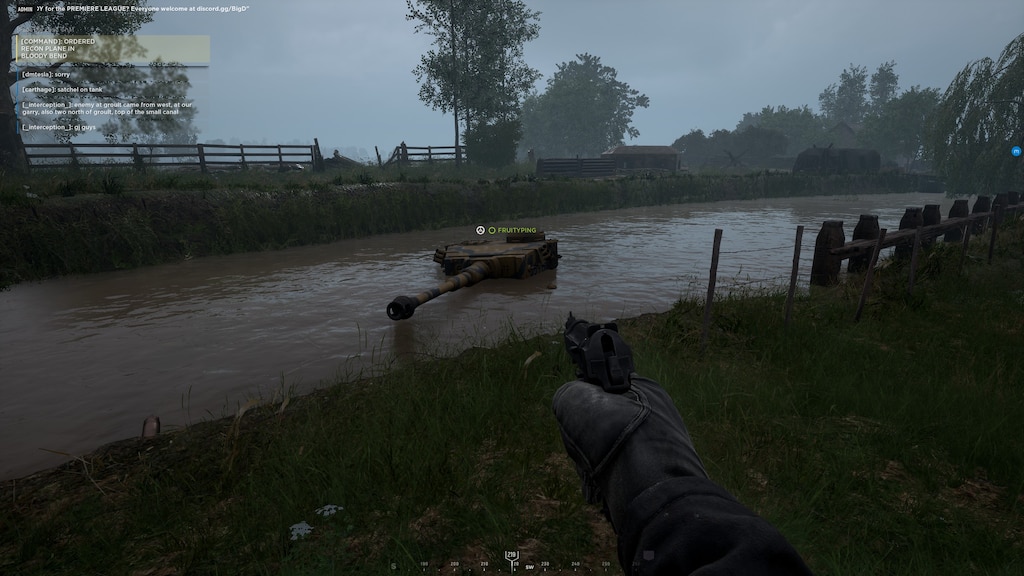 How To Cheat In Hell Let Loose [FREE✔️]
Heyo, this is a basic and easy guide on how to get started with hacks, how to successfully bypass anti-cheat and quickly gain an advantage over other players in Hell Let Loose!
120 ratings 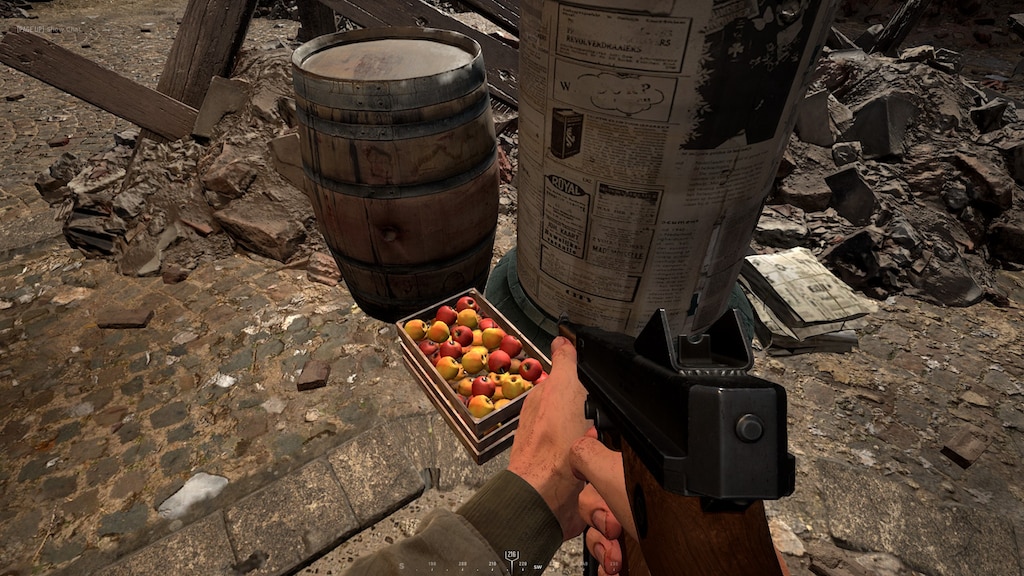 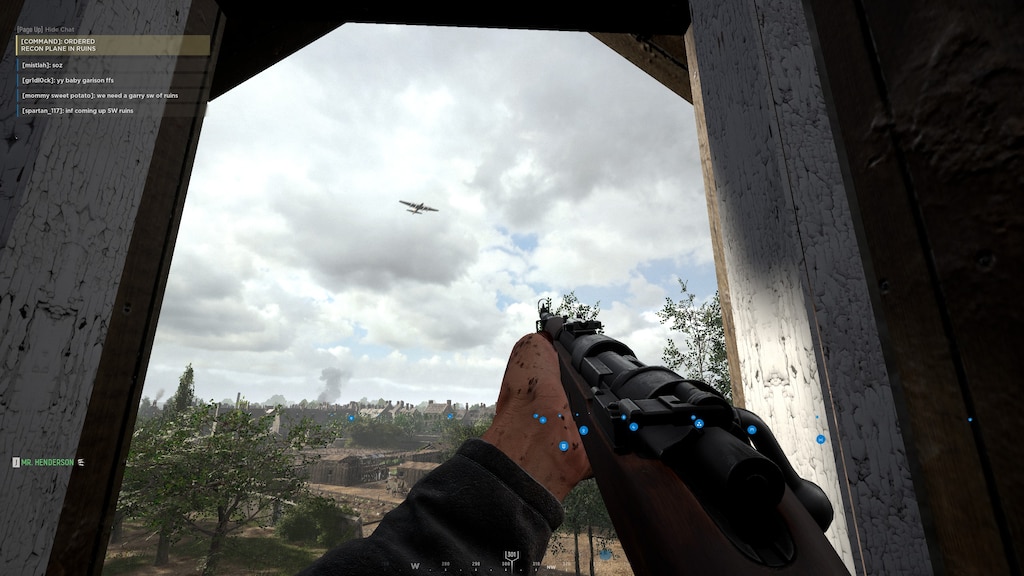 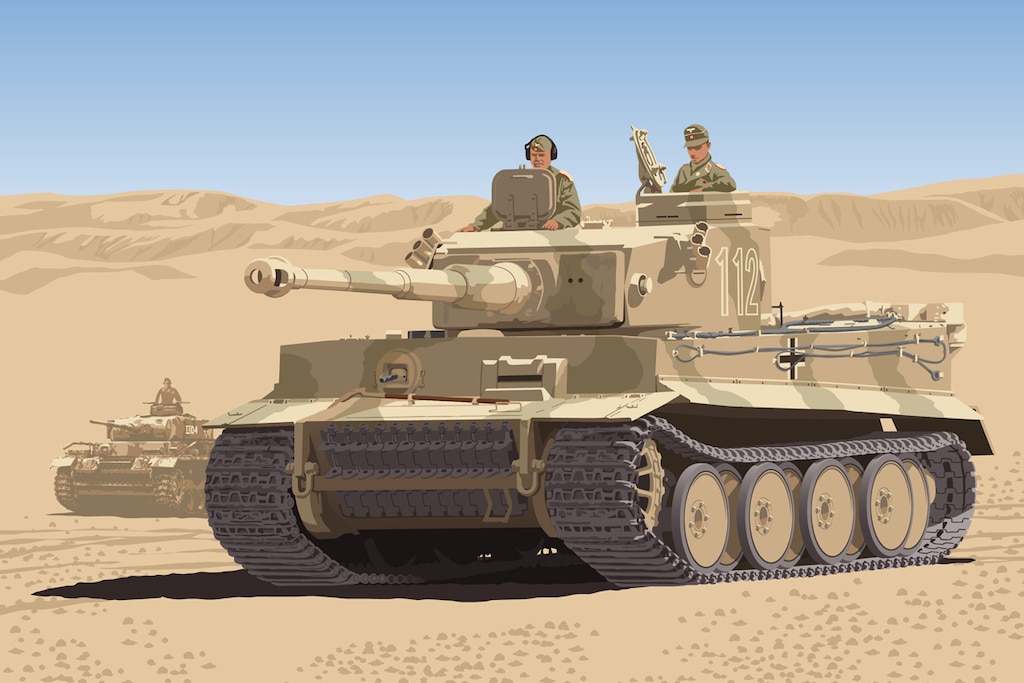 Recommended
120.4 hrs on record
over there 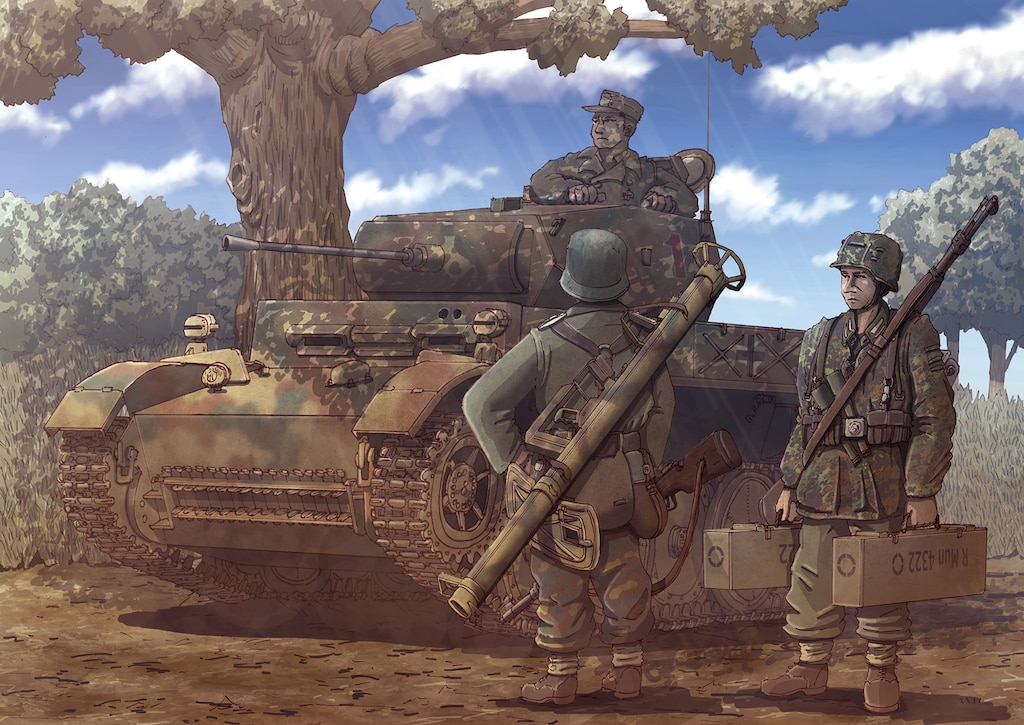 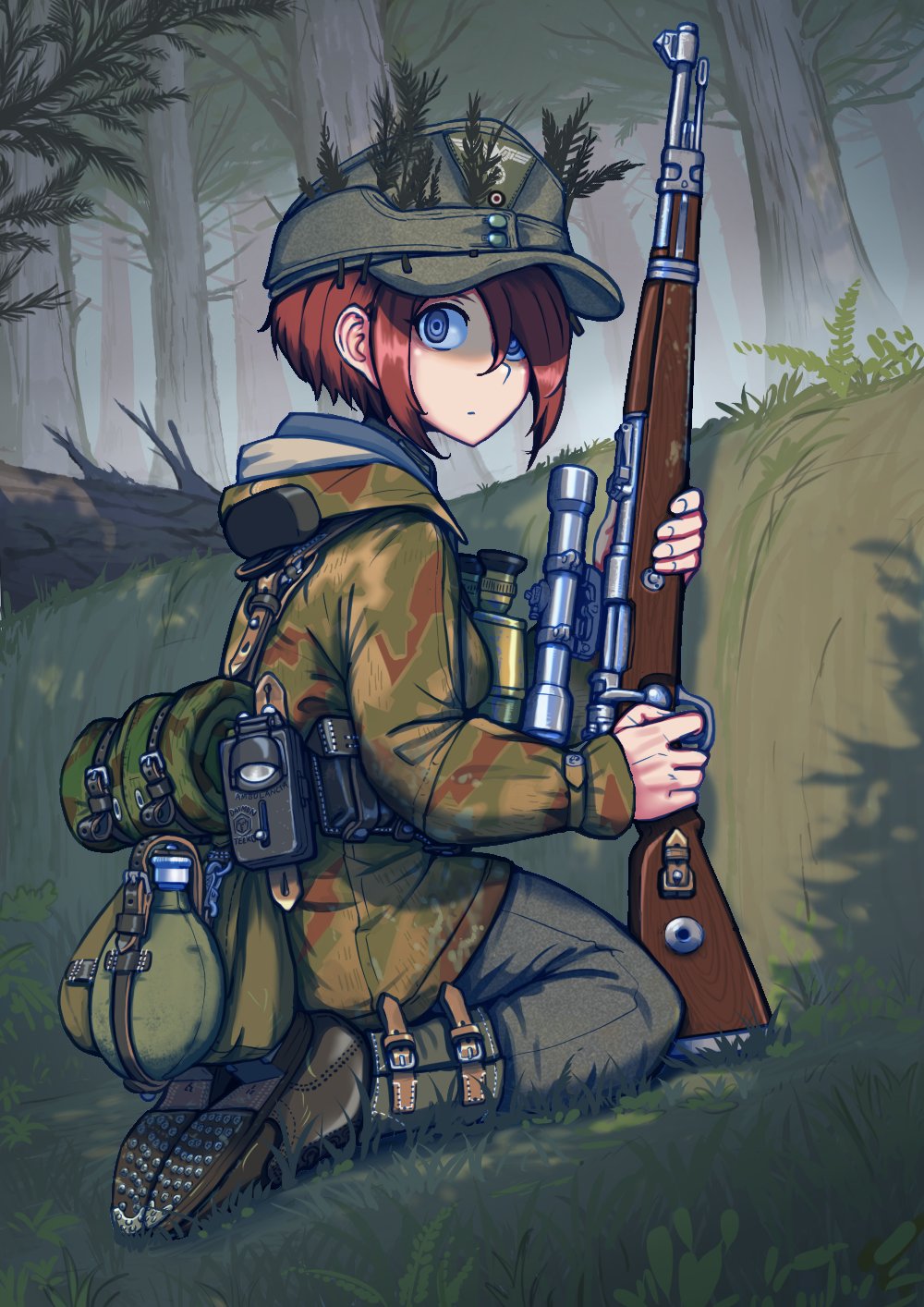 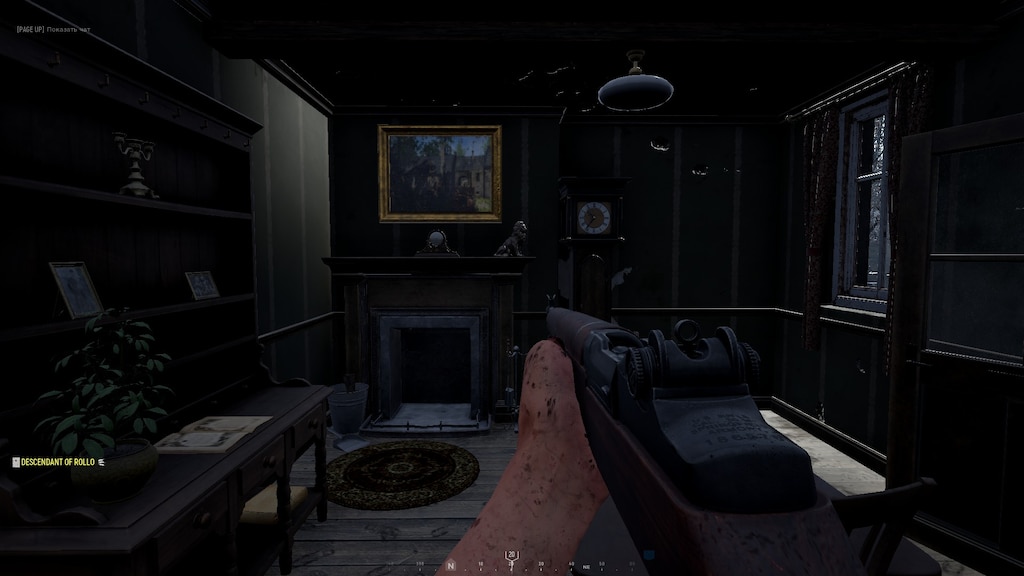 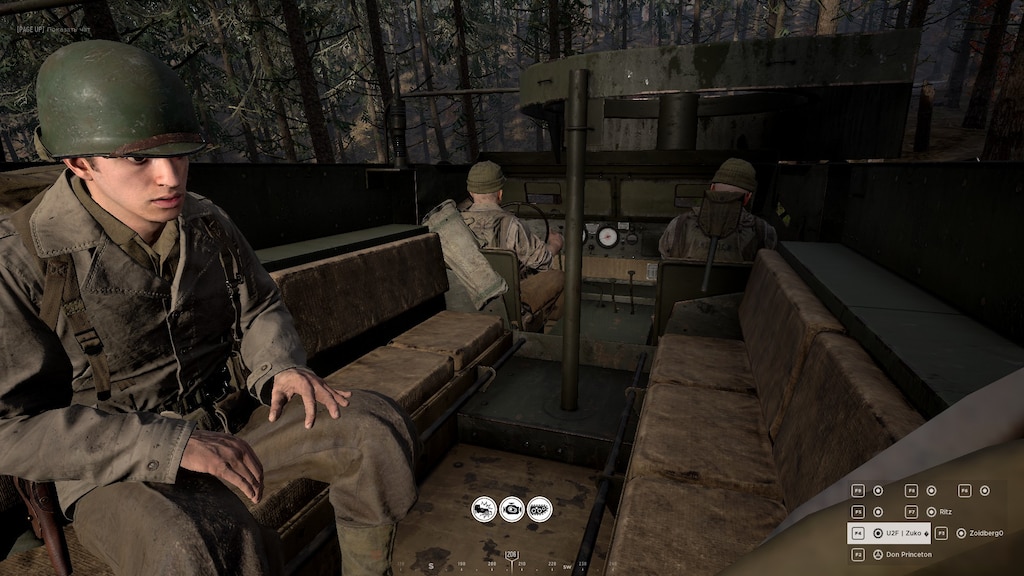 HLL Boot Camp - The Basics [U10]
This guide will tell you everything you need to know about Hell Let Loose before you dive into a game. 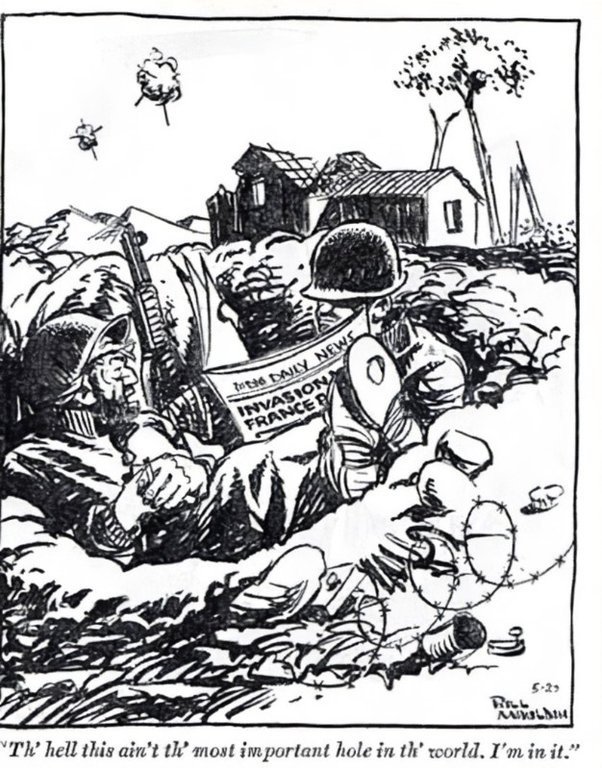 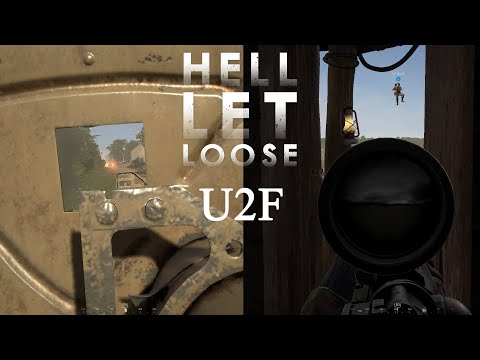 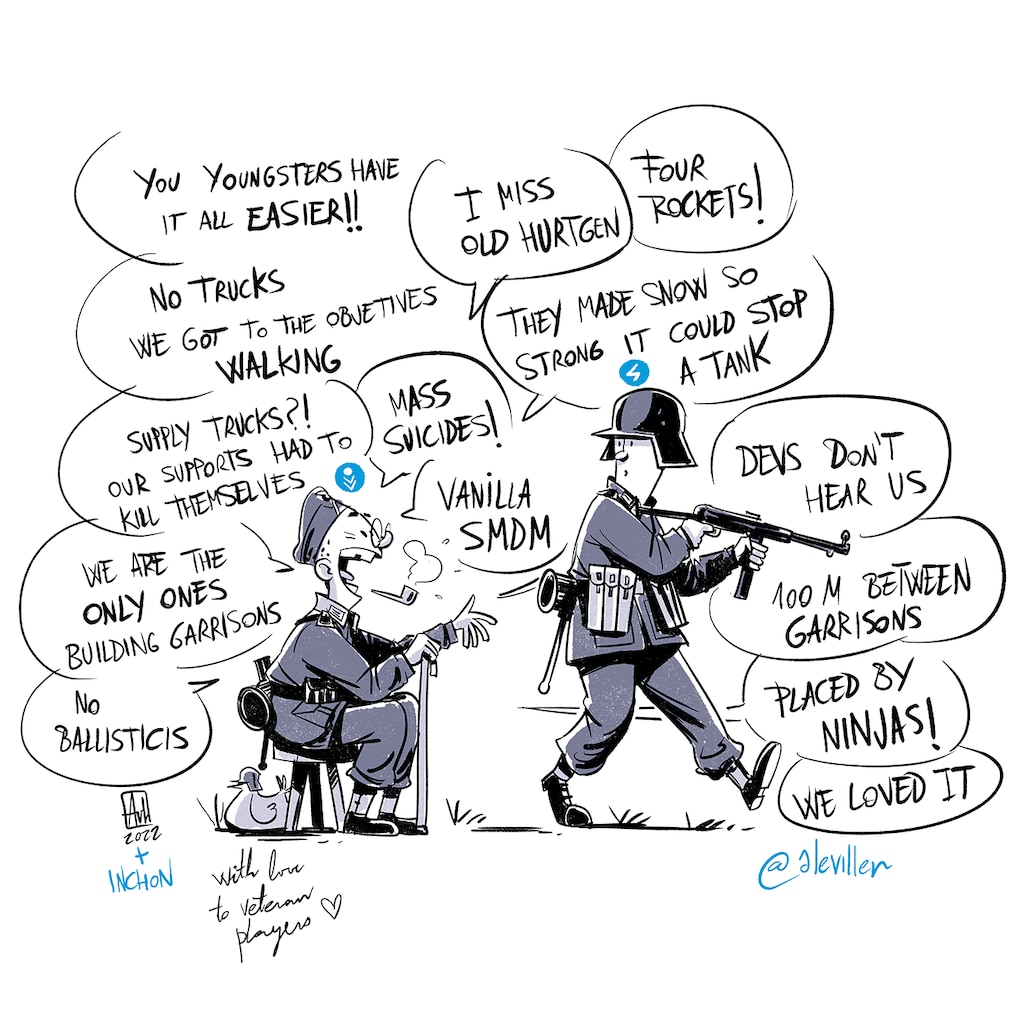 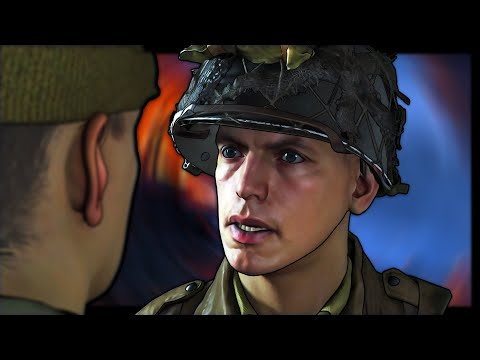 0
0
Why Isn't It Possible In Hell Let Loose 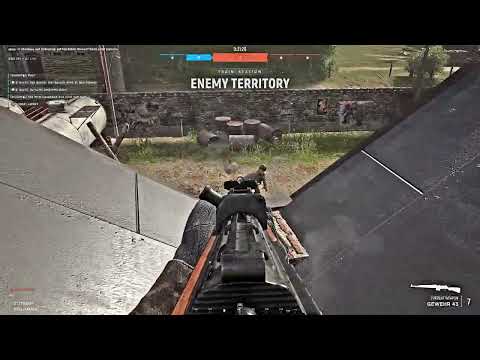 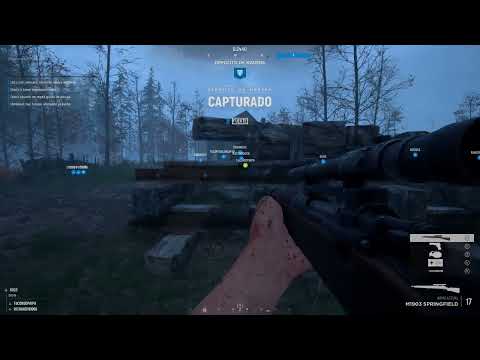 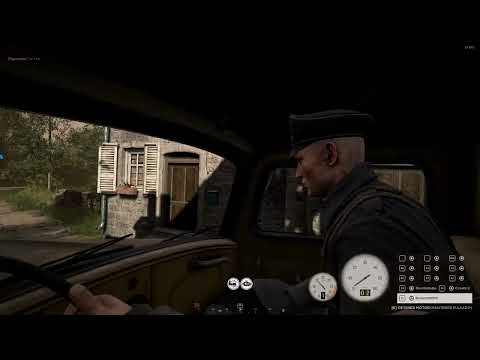 How to properly shoot your weapon
Fire discipline is important.

The best Class Guide ever.
Hopefully the Guide bellow you should provide you some really important information so you can enjoy this game to the fullest. I mean you and everybody else :D

[1stAr] Ryzwind
View all guides
HLL Modern Warfare
I was wondering if theres any modern warfare mod for hell let loose? Or is there going to be a sequel?
6

BLACKNIGHT
3 hours ago
General Discussions
Communication?
Is this not what I was assuming it was where team tactics is practically essential to winning? I have played for almost two hours now, in multiple different squads and multiple different games, and have not had a single squad with communication, or even a squad leader for that matter. Definitely don't even want to keep playing if comms are that rare. Just curious if this is because of the sale happening, or if this has been a thing in Hell Let Loose. Thinking maybe Post Scriptum is more up my alley at this...
19

KenKen
4 hours ago
General Discussions
Did they get rid of a map ??
I can't remember what it was called , maybe crossroads , it had a house /bldg on the middle east edge of the map that both sides would fight over , and also along the middle east there was a long hedgerow with tank traps that the allies tanks had to maneuver around tank traps to get around for better angle ? Anyone remember this map and more important where is it , I haven't played it in rotation in a while...
5

bubbawats
3 hours ago
General Discussions
Do you recommend buying this game?
I love all about millitary simulator games (also Squad but it is badly optimized and I can not play it with 50 fps on any settings. Actually I am little bit nervous that it will be low fps in HLL. So there is my rig GTX 1650 (mobile) I5-10300H 4.2 hz 16 gb RAM...
4