My Time At Portia

Start a new life in the enchanting town of Portia! Restore your Pa's neglected workshop to its former glory by fulfilling commissions, growing crops, raising animals, and befriending the quirky inhabitants of this charming post-apocalyptic land!
$29.99
Visit the Store Page
Most popular community and official content for the past week.  (?)
The Sequel to Portia, Sandrock Early Access released now!
May 25
A new journey starts for builders! The second My Time game, My Time At Sandrock early access is available on PC now!

In this Early Access version, you will experience an average of 20-30 hours of gameplay in this charming desert city. Start building your workshop and enjoy your life of crafting, farming, gathering, and making friends with locals! Furthermore, Early Access players will have the opportunity to play the multiplayer mode in its early stages later this year. Playing with your friends? Join us for My Time content!!!

Catch up with us around the web for more Sandrock information:
Sandrock Instagram[www.instagram.com]
Sandrock Twitter
Sandrock Facebook[www.facebook.com]
Sandrock Official Website[sandrock.pathea.net]

My Time At Portia
74
2
Deceptively dark....
Just got to the "ending" of Ginger's story....♥♥♥♥♥♥♥♥♥. What a dark game in a deceptively cheerful package. Are there other similarly shocking events in the other bachelorette storylines?
7

Hunter Este
12 hours ago
General Discussions
How do I get the Two Timer achievement?
I'm married to Ginger and went on a date with Ginger, went and confessed to Sonia(which I have 4 hearts with) with Ginger standing like 2 feet away from us and Sonia said that I've already hooked up with somebody. No reaction from Ginger, no achievement pop...
5

dynastystar
20 hours ago
General Discussions
TIME in game still too fast
i know this maybe too late and the devs are probably not interested in hearing what Portia customers have to say since they are busy with selling the new one Sandrock but. i think the time in this game is still too fast it forces us to rush things. i cant take a good look at my inventory without fearing for time, i cant re-arrange the inside of my house, i cant read my mails or talk to an NPC all without worrying about time. i think they should PAUSE the time when -you are inside of your home -looking ...
20

DEADPO0P
May 23 @ 3:08pm
General Discussions
I have question "My Time" series
How many do they have in works besides Sand-rock, when someone finally completes it and finishes it who isn't QA tester department personnel I kind want to know are there more stories or branches that exist. Will Player go back home roots help improve Bannarock? I kind wonder this. Duvos was never answered is there war or peace option handling that country?...
5

wasabimuryou
View artwork
Any negative effect if I kept myself single throughout the game?
Just... will there be any bad effect on gameplay if I refuse any person's confession in the game, or even refuse their request for special event dating (e.g. Dr. Xu's firework event) in the first place, and stay single all the time? And, for those romance candidates, if I do not enter any romance relationship, will I be able to still get a good relationship level with them, like more than 8 hearts (stars), like I do with the other non-romance people? I am really that kind of person that regards a good fri...
11

Luoya
May 24 @ 8:50am
General Discussions
75% OFF Starts with Portia Mac release and new DLCs!
May 12
Howdy builders,

We're ecstatic to announce that My Time at Portia is now available on Mac! We've never forgotten our fans who wanted to play on Mac, and the long-awaited day has finally come.

In addition, there are new outfit DLCs so you can strut your stuff as you go about your time in Portia! 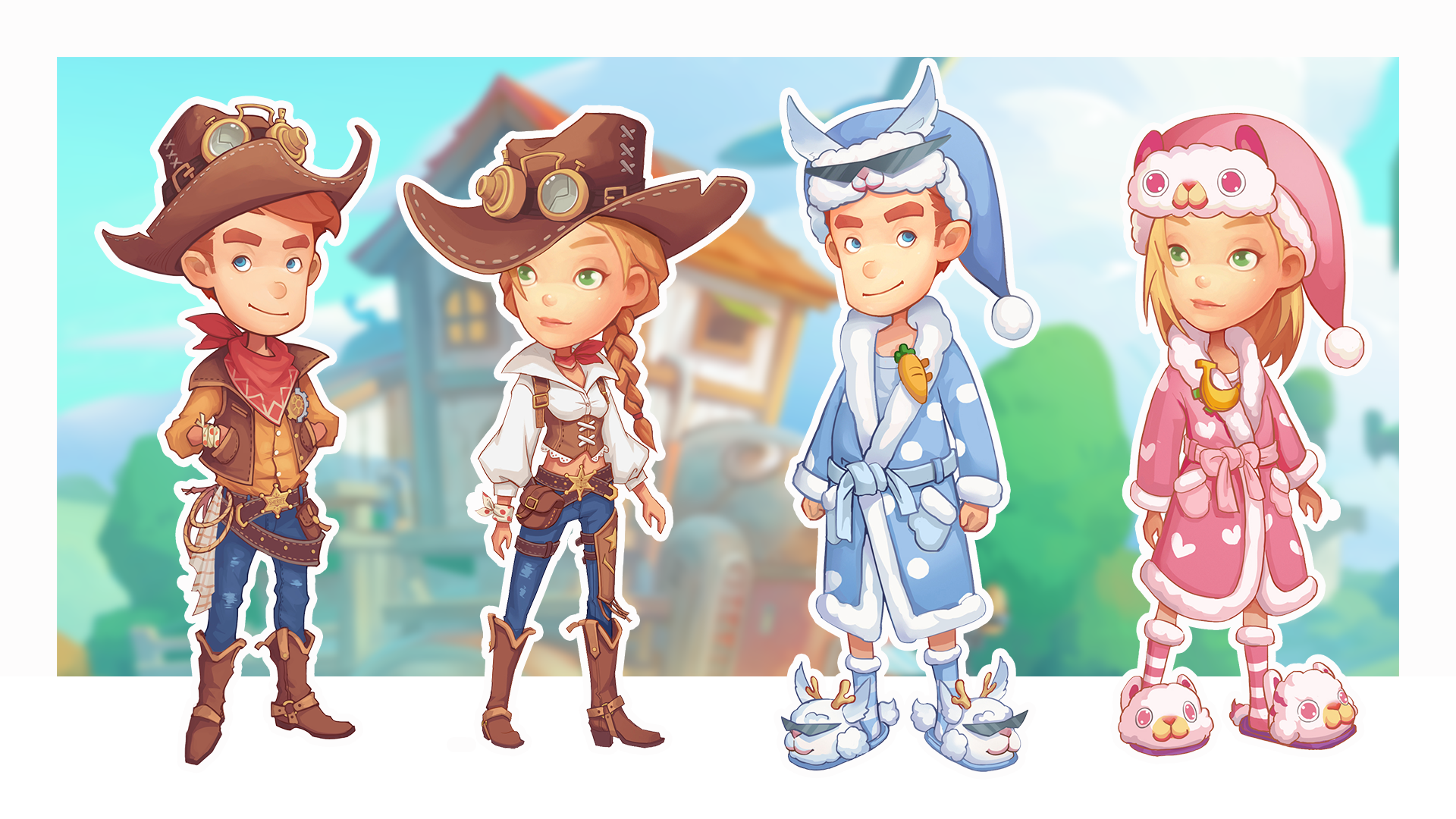 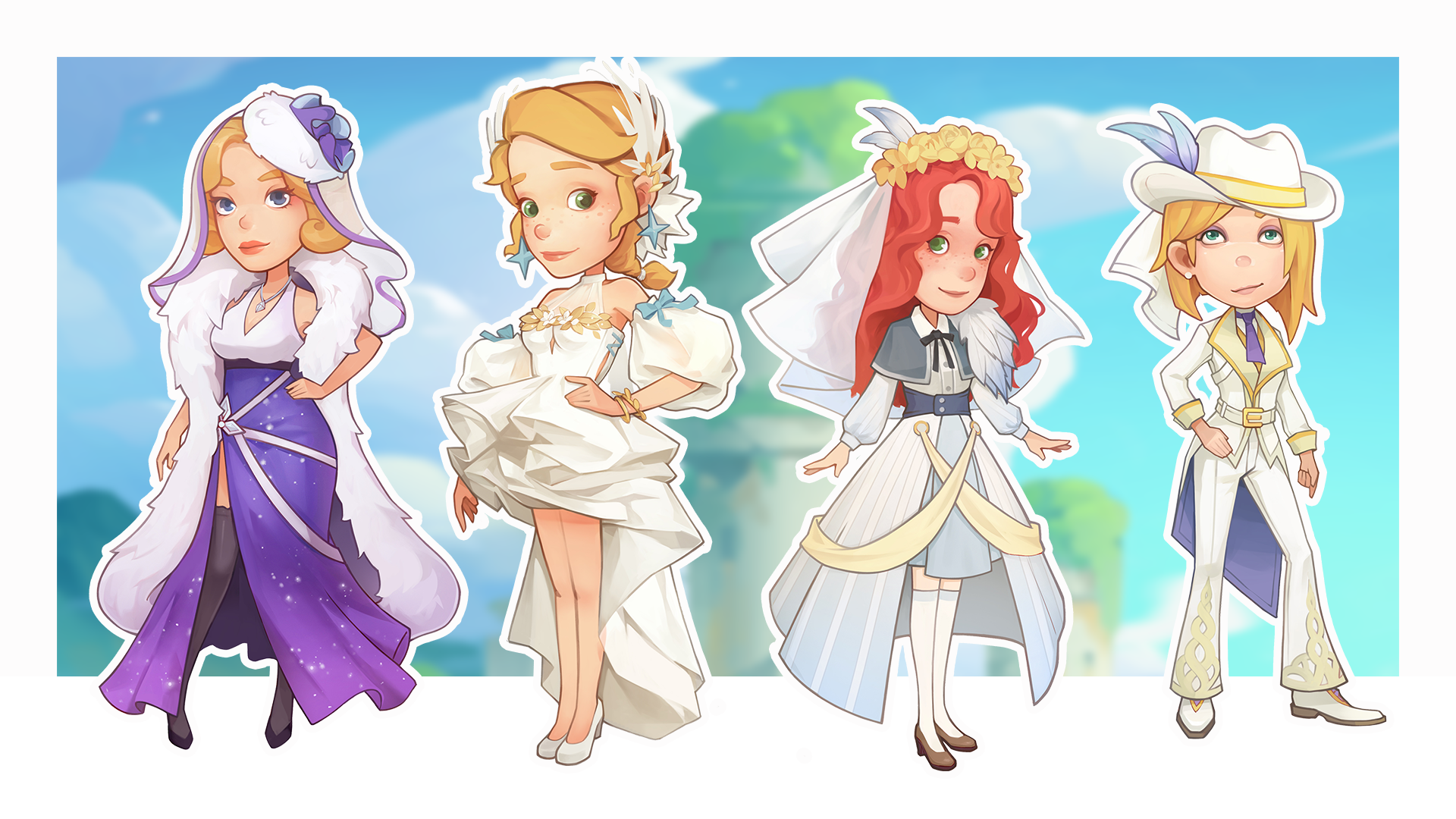 In celebration, Portia and its DLC are on sale so that more prospective Builders have the opportunity to delve into their new life in Team17 Publisher Sales Week:

Hotfix note:
-Fixed a bug that caused the game to freeze when chopping down trees or mining.


And if you want even more My Time content, you'll be able to jump into the sequel to Portia, My Time at Sandrock, later this month! Sandrock's Early Access launch time has been unveiled! 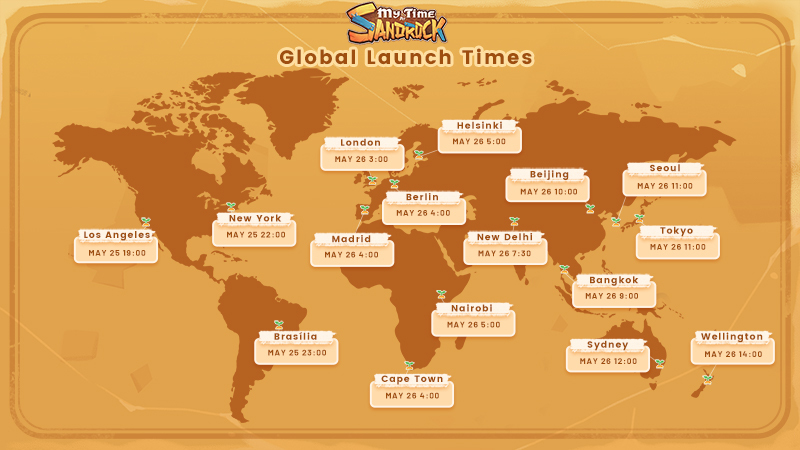 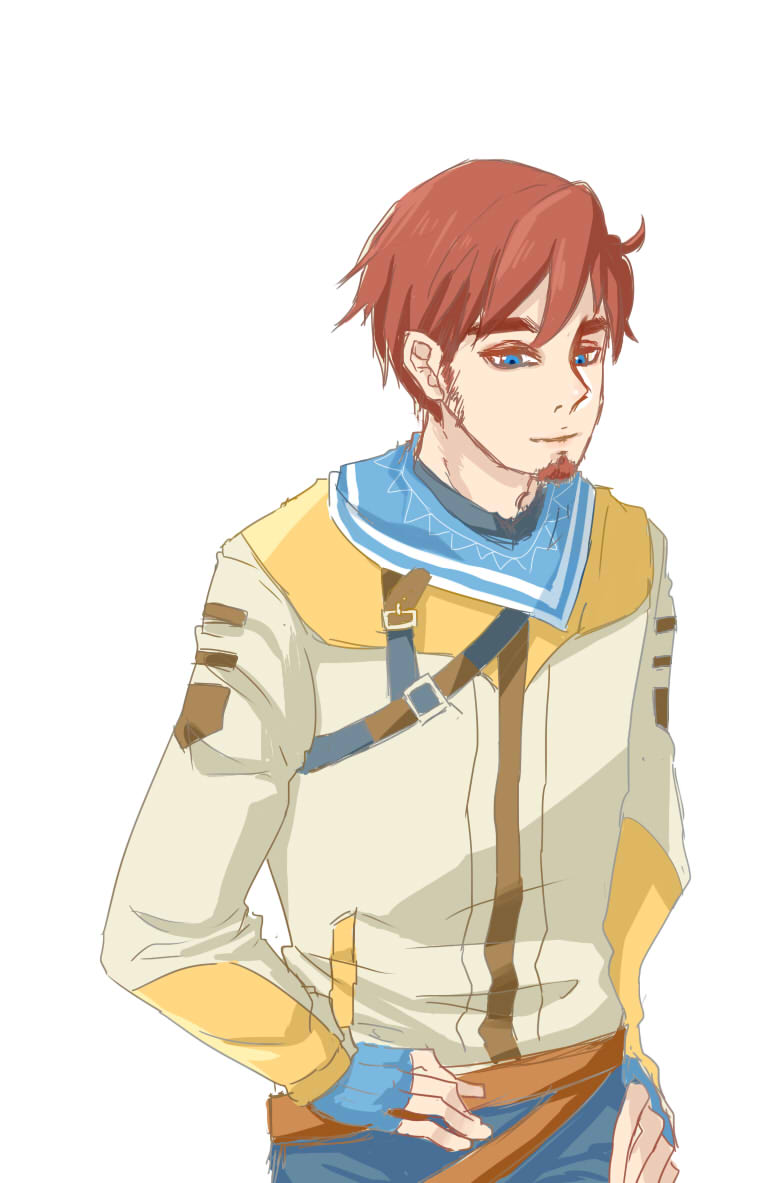 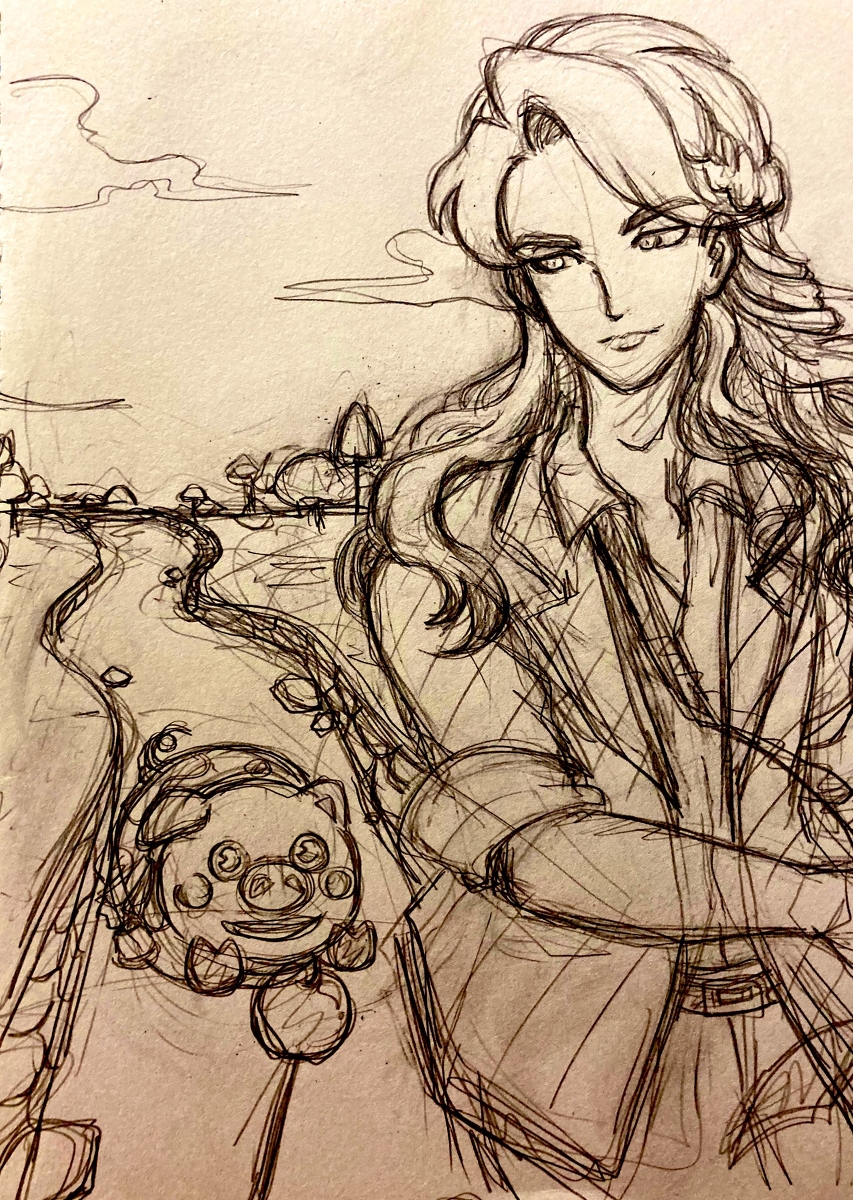 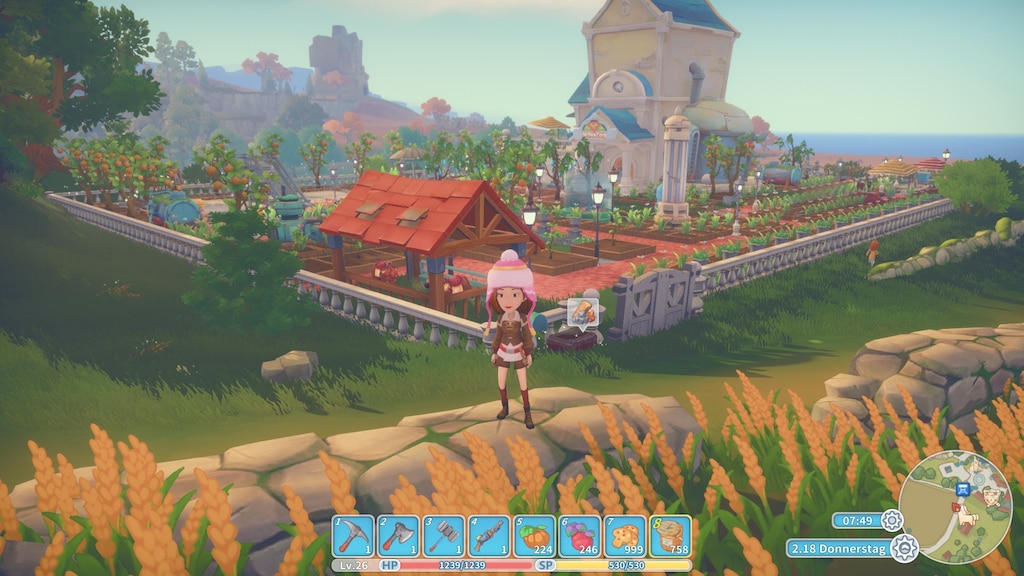 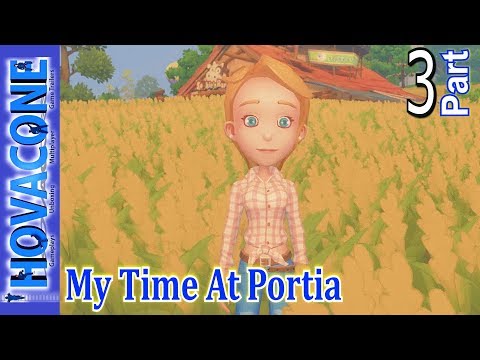 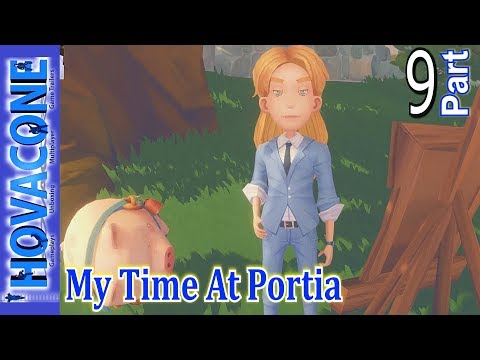 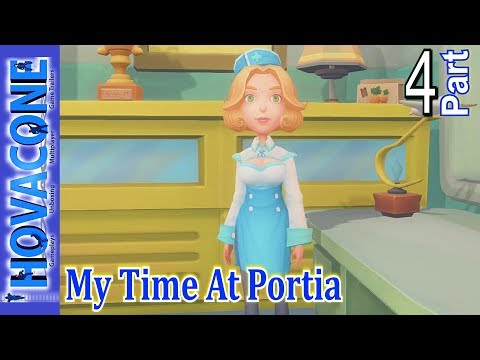 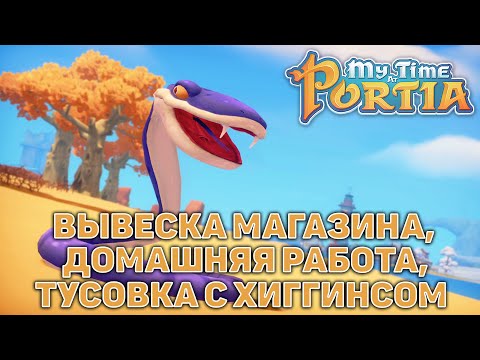 Recommended
64.8 hrs on record
First of all this makes me almost forgive them for Planet Explorers. Almost...

It's really weird because it feels like a huge mobile (or FB style) game... I just keep waiting for "do you want to pay x irl money to get more x?" to pop up - which never does thank gosh.

I always write these super serious "reviews" with the only question in mind "would I recommend this game"... and once again it depends on the person because while the game is super cute, chill and mostly harmless... it's also full of that tedious grind that makes most people insane. Not me though, I'm not right in the brain.

Are you? Do you love tedious grinding for materials? Do you tolerate it because the thrill of completing a project is worth it? You're not right in the brain and should absolutely get this game. You will love it, trust me. It's everything we wrong brained people want.

If you're normal, just skip it. You can get a wife/husband in this game but you won't survive the repetitive grind. Just stick to that in irl (where I can't handle it). 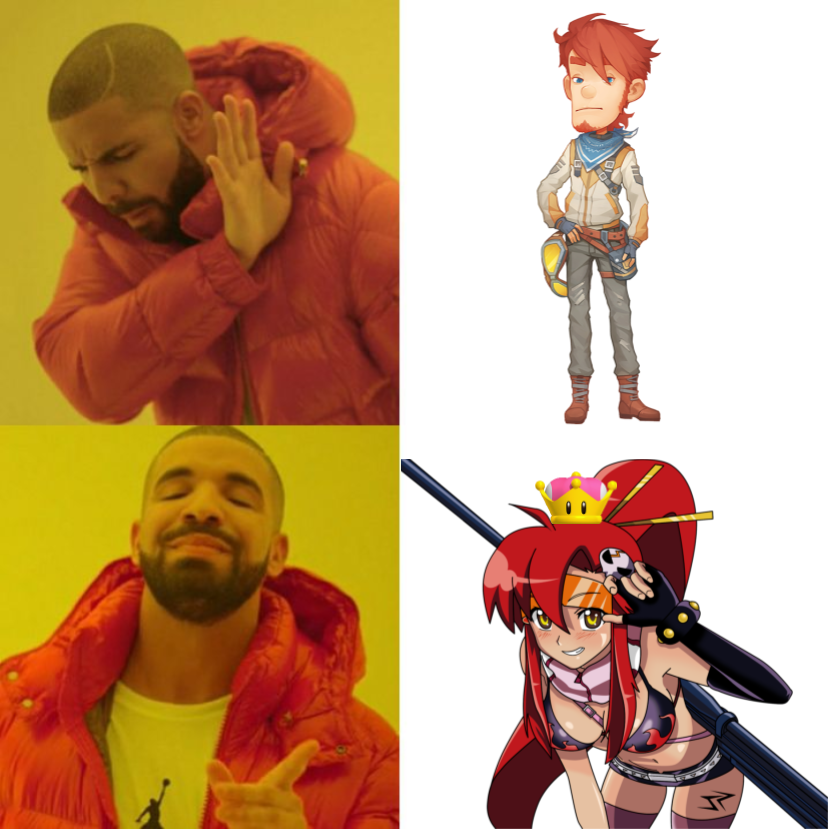 0
4
This is why we need Mod Support

Not Recommended
5.9 hrs on record
I've made a couple attempts to get into My Time at Portia and have found myself disappointed and frustrated. The pacing at the start is very slow, the dialogue is stiff and awkwardly delivered at best and downright terrible at worst, like everyone recorded their lines in separate rooms with zero context as to why. The requirement to have the item in your taskbar to build things, as opposed to just taking it from your inventory wherever it is, feels like a huge oversight. There's a disclaimer upon opening the game that says the developers are finished with this game and will add more, but the game feels unfinished, unpolished, unplayable-- and they've released a sequel. Hopefully they put more time and care into that.

Do yourself a favor and buy Stardew Valley instead. My Time at Portia isn't worth your time.

Recommended
7.3 hrs on record
Crack like quality to this game. The sequel My Time at Sandrock is now early access and worth it too.

Keeper's Guide to Level 90 & 9 Million Gols
This is not your first playthrough and this time... you know what you're doing. Aadit stays in town, Ginger feels good and Mali permanently resides in Portia. Your Level and Gol pouch however does feel a bit light. Without access to the... 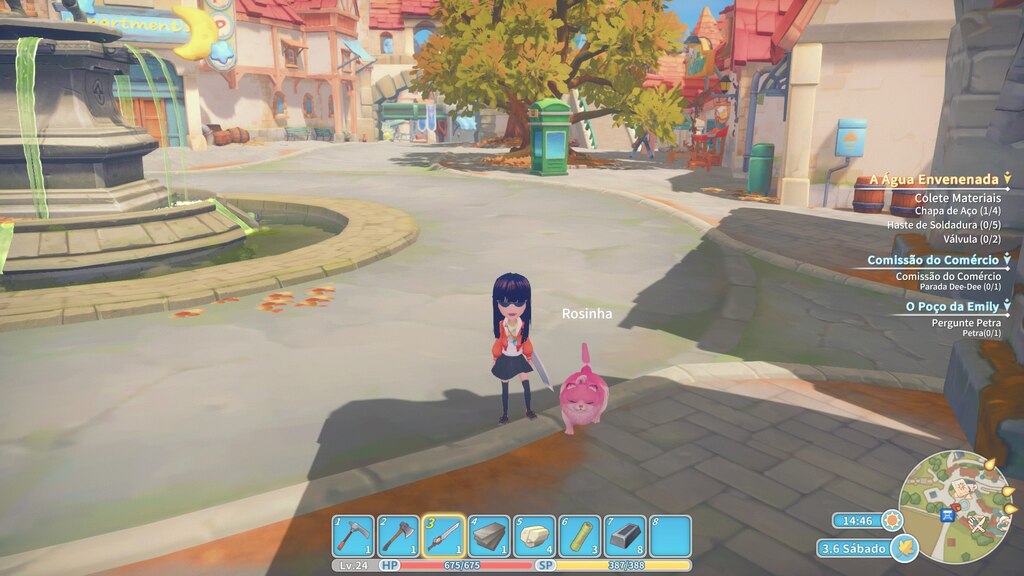 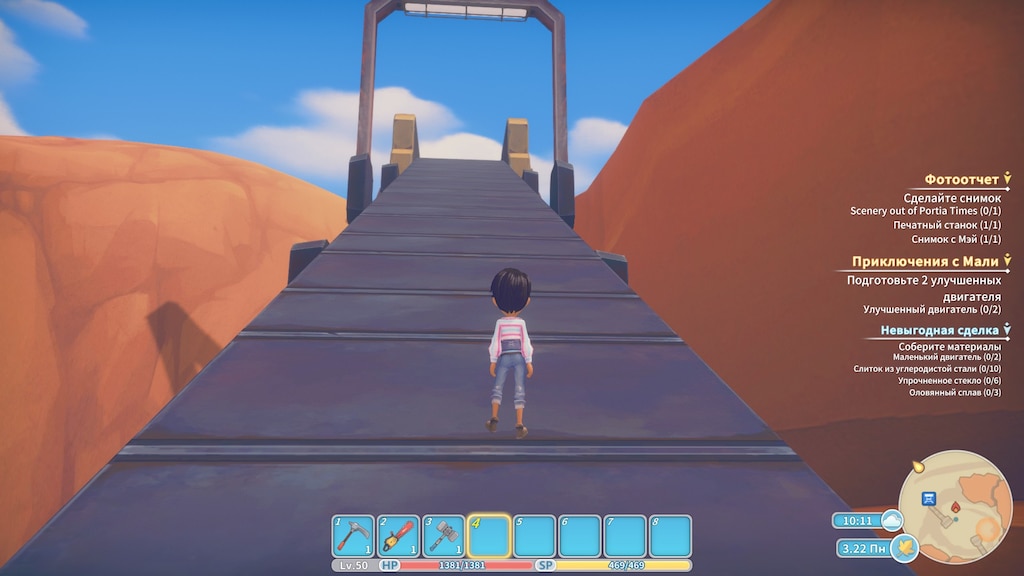 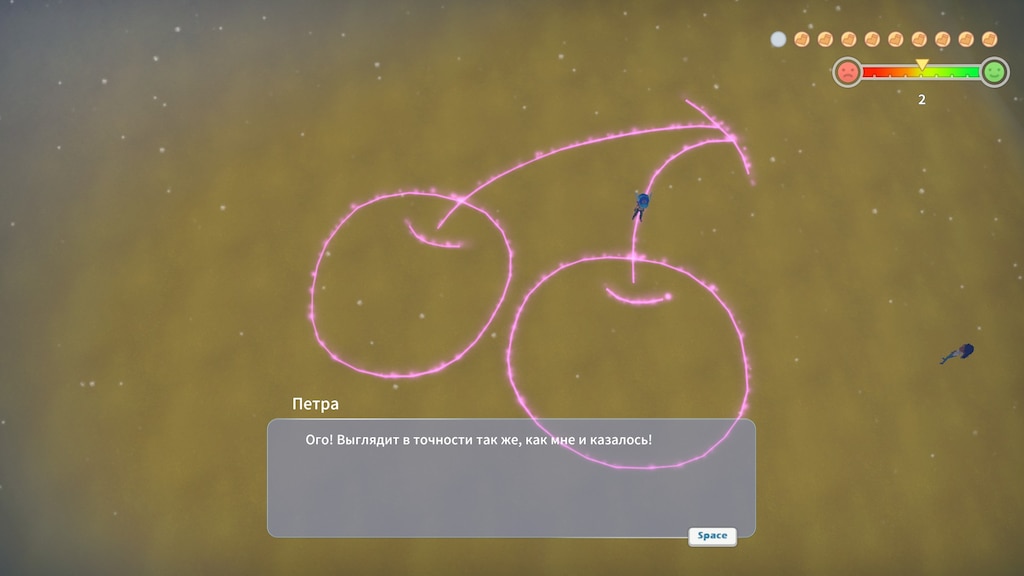 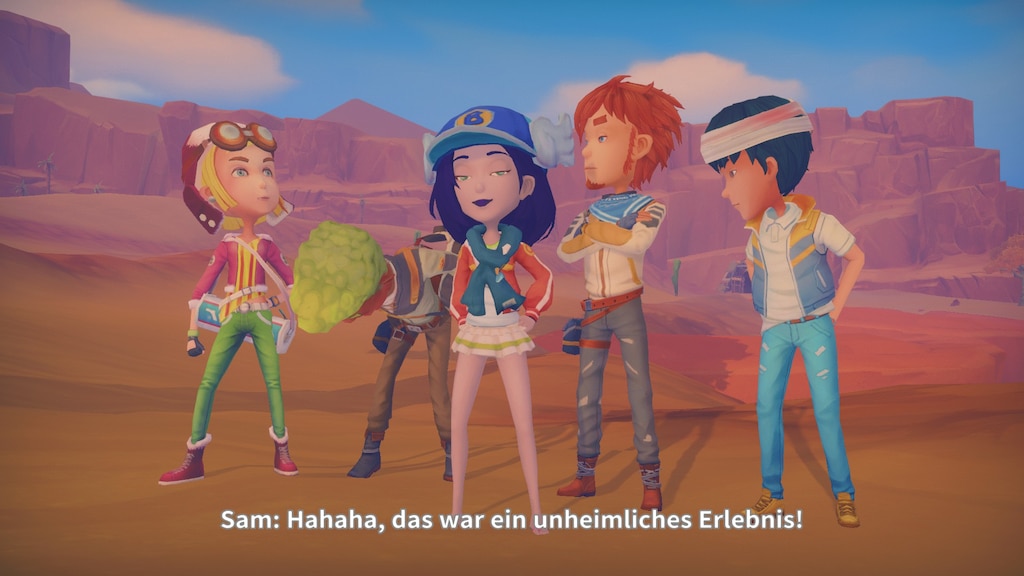 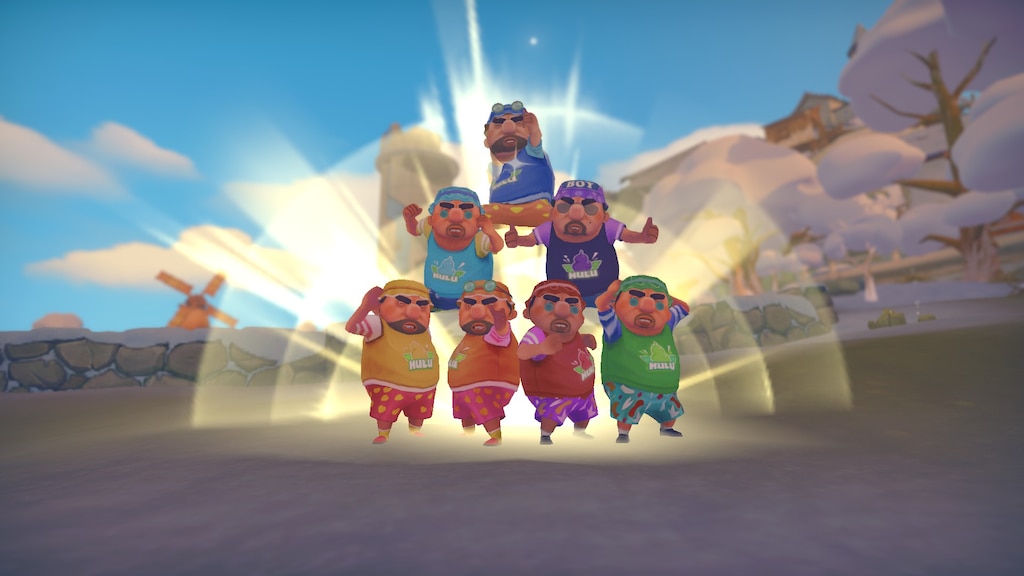 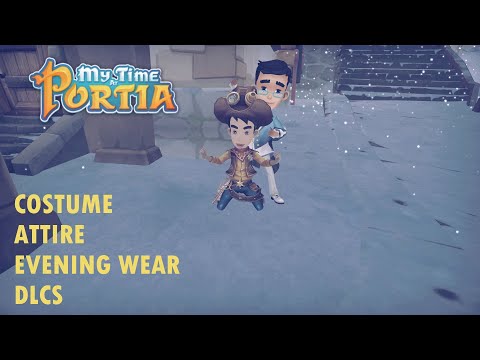 0
0
My Time At Portia - Player Attire And Eveningwear DLC

LMG
View videos
Learn more about the Sandrock | April. Dev. Update
Apr 14
Howdy, all Builders,
In anticipation of the super exciting upcoming Early Access release on May 26, another Closed Beta update is coming soon! Let's check out what’s new for you.

Coming first: Multiplayer mode!
The highly anticipated multiplayer mode will open its first Alpha test to Kickstarter Beta players who pledged Multiplayer Early Access Pack and above. The multiplayer storyline is different from the current events of the single player storyline. You can view it as an alternative compressed timeline that chronicles what happens before the player arrives in Sandrock in single player. You’ll meet some familiar friends in their younger years as well as new locals. 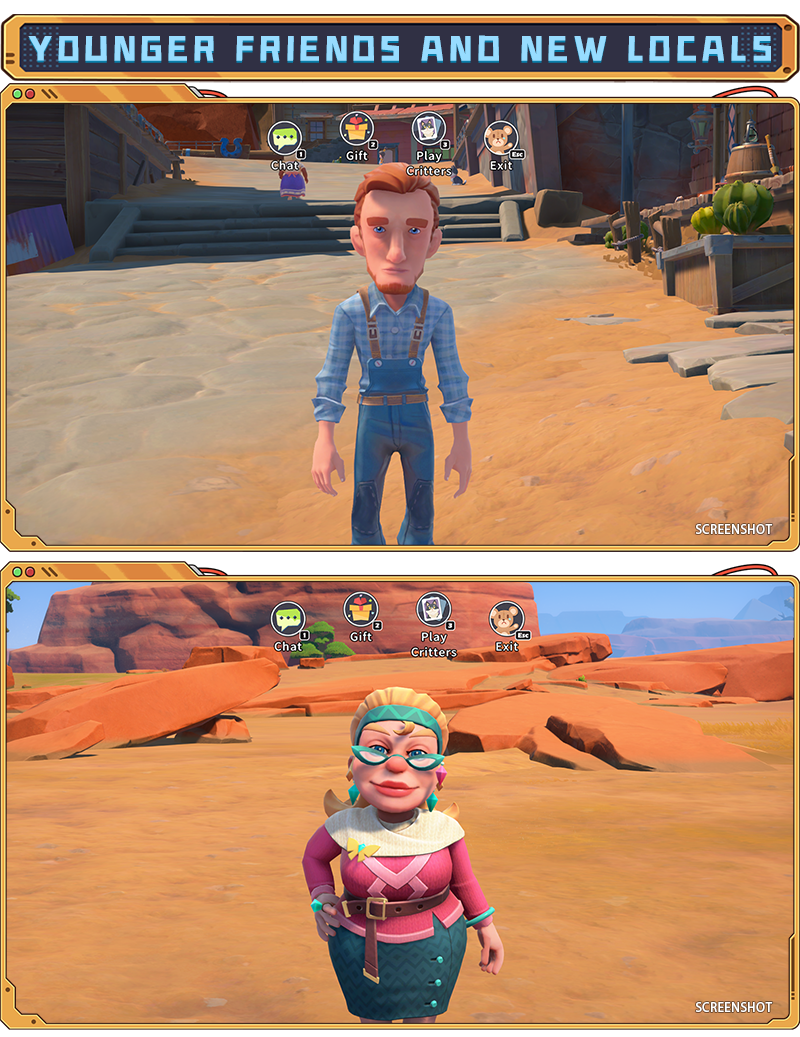 For now, the multiplayer mode still has a long way to go. We’ll test with closed beta players for a while and slowly open the test to Early Access players later this year.

This multiplayer mode is still in the early development phase, and 4 players will be randomly matched together. All accounts and progress will probably be deleted later. But we’ll keep adding more features and fixing issues, so please tell us any problems you meet or suggestions you have, as well as simply come and chat, all in our Discord.[discord.com]

Singleplayer updates
New NPCs
New friends arrive in Sandrock! You’ll find out who they are and the fun stories behind them later! 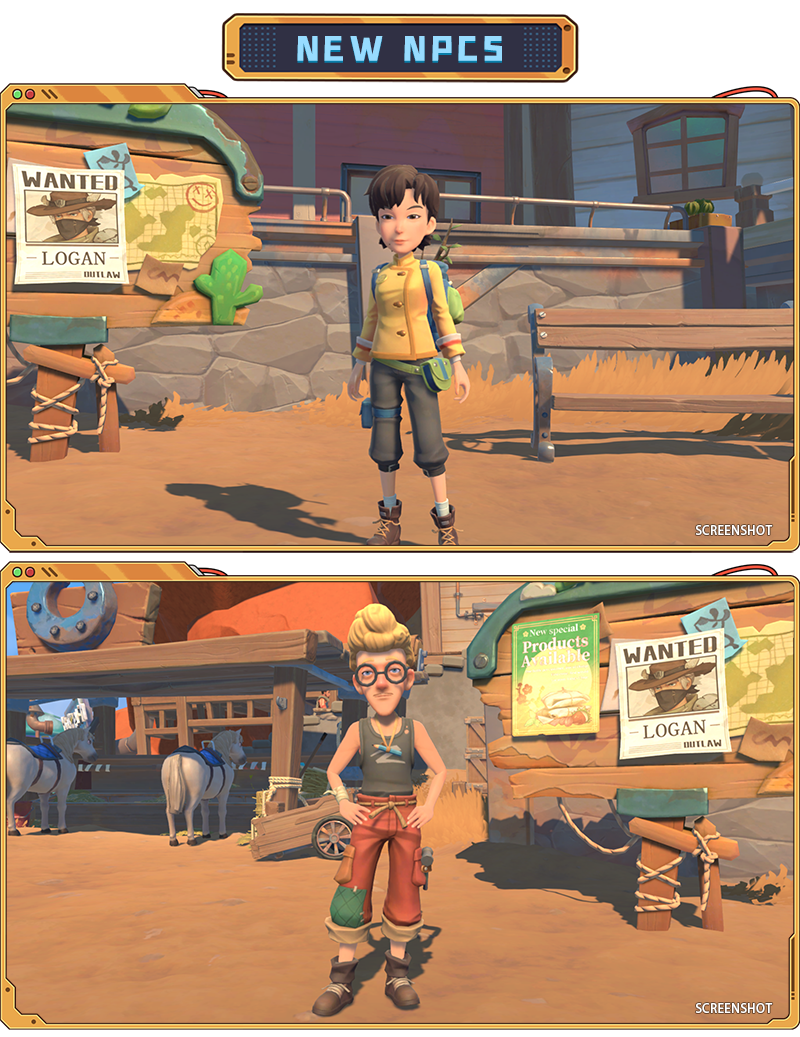 More advanced workshop customization
You can now customize your roof, decorate your workshop with lights or other items you like, and set new windows and doors. We can’t wait to see how you will jazz up your workshop!

New monsters
New monsters have been spotted roaming in the wild, so be well-equipped while you explore the open world… some of them are hunting for Builders~! 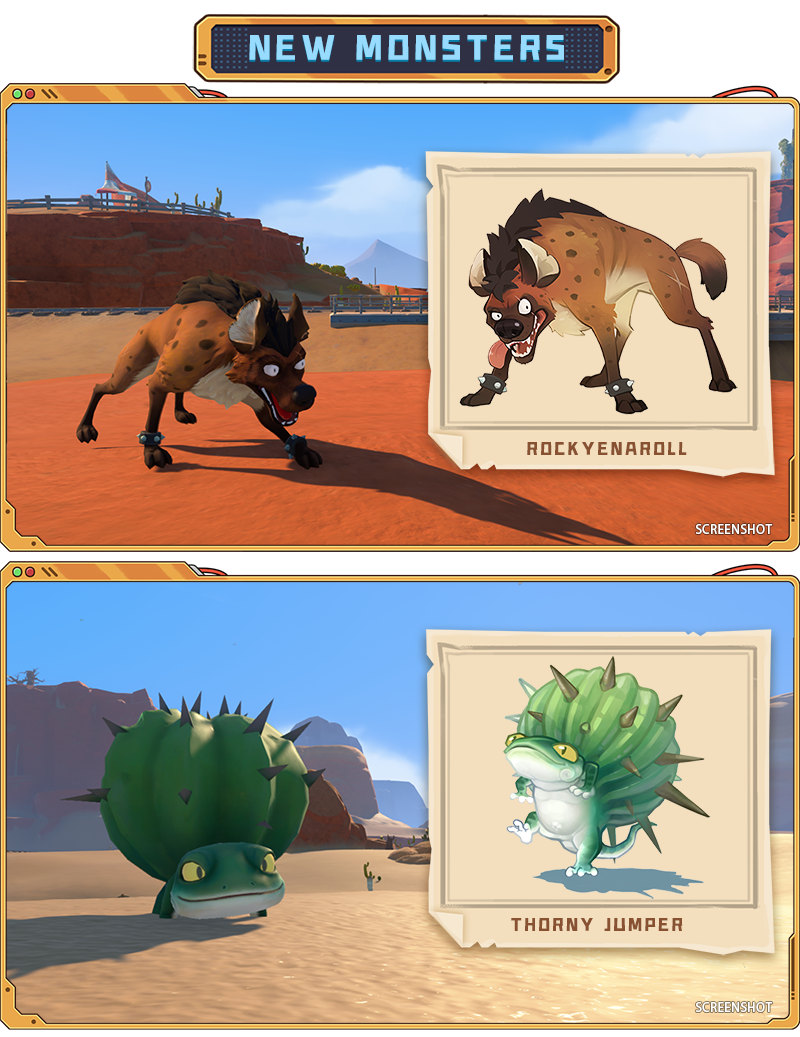 Customize button assignments for controllers
Sandrock will support controllers in Early Access! We're working on the customization of button assignments; we’ll test them with Beta players first and optimize them later, so if you have any feedback about the controller and button reassignment experience, please tell us in our Discord or via qa@pathea.net! 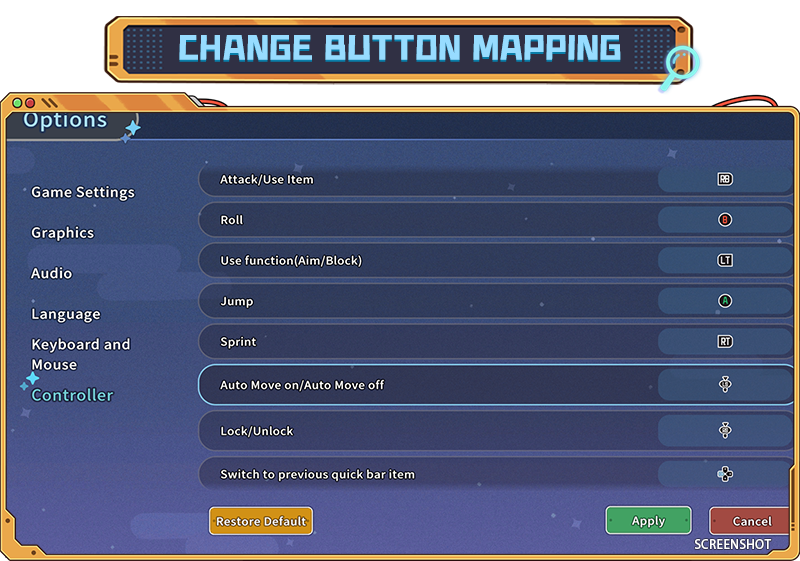 And there will be more, we’ll have a detailed changelist later on, so keep eye on us for more updates! Don’t forget to wishlist Sandrock on Steam Games now!

All these single-player content and more will be improved later in the content of the May 26 launch!
P.S.
If you want to experience the game a bit before the official launch, catch us at the PAX East convention on April 21-24. Our publishing partner, PM Studio, will present Sandrock to you, and computer stations will be set up for you to play Sandrock in the venue. Sandrock at the booth #19079! Go wild in the character creator!