Half Life 2: VR Mod is a fan-made project, which adds full Virtual Reality support to the original 2004 PC gaming classic by Valve Software. Are you ready to become the Freeman?
Visit the Store Page
Most popular community and official content for the past week.  (?)
Hotfix for crossbow scope
Oct 2

Bingas M'dingas
26 minutes ago
General Discussions
Third QoL update is live
Oct 1
A new quality of life update is now live on Steam. This one improves player movement and input, adds a second zoom level to the crossbow, makes enemies hit the player more consistently under specific circumstances, and a couple more bugfixes.

Movement update
Movement has been overhauled - stick input is now translated directly into player velocity instead of going through an accelerated movement. This means that you will have more direct feedback to your stick movements and also finer control over the player speed. Smaller deflections of the stick will more consistently lead to slower player movements. The player will also stop immediately when you let go of the stick.

Additionally, a movement speed slider has been added to the comfort options where you can restrict the maximum player speed. Note that sprint speed is not affected by the slider - this is to ensure you always have enough speed avaliable for required long jumps in the game.

Finally, the sprint binding has been fixed so that it now properly releases when you return the stick to neutral. You no longer have to fully let go of the stick to turn off sprinting.

Warning: if you are using a custom controller binding, you will have to fix the sprint binding yourself, and you may also need to adjust the response curve for stick movement to work with the new movement input.
Also, if you previously changed the player speed by adjusting convars like hl_normspeed or similar through your autoexec.cfg, it is recommended that you remove any such adjustments and instead use the new movement speed slider in the options.

Note: the changes only affect player movement on foot. Swimming and vehicle controls remain unchanged for the time being.

Weapons update - adjustable zoom level for the crossbow
The crossbow now has two distinct zoom levels for its scope that can be toggled by pressing the alt fire button (B button on your dominant hand controller). Additionally, the crossbow got a slight upgrade to its reload animations and can now be reloaded faster.

The revolver sights have been reworked and should now be accurate and have much better visibility in VR.

Fixes to enemy aim
Previously, enemies were missing the player quite a bit, especially if you were crouching in real life and e.g. ducking behind cover. The player bounds and aim targets have now been adjusted to bring the enemies' hit rate closer to the base game. If you were relying on physical crouching a lot, you may now find the game a bit harder.

Thanks for sticking with us through the open beta! Have fun playing! :)

a week has passed since the release of the public beta, and we are genuinely thankful for the overwhelmingly positive reception you have afforded us. Thank you!
Of course, this being a beta, a lot of work still lies before us, so let's get right to it: the second quality of life update is now live on Steam.

Ladder climbing
We have received a lot of feedback from players struggling with ladders in the game, and to some extent that is down to our failure of properly explaining how immersive ladder climbing is supposed to work.

To alleviate this issue, we have updated the HUD hints for ladder climbing. We also added a visual indicator that shows the currently active dismount point - once you see the indicator, simply let go of the ladder, and you will be safely teleported to the highlighted spot.

Furthermore, the search for a viable dismount point has been tweaked to work more reliably, and regular stick movement controls and jump have been disabled while holding onto ladders - use of these controls caused players to fall and was never intended.

Finally, if you are using stick-based climbing, you can use your triggers on ladders to safely mount and dismount them.

Rocket launcher
Admittedly, the rocket launcher is one of our lesser polished weapons right now, and its complete lack of indication of fire readiness caused players to struggle a lot with reloading the rocket launcher. To make things a little clearer, there is now a primitive animation that will show the rocket going into the launcher on successful reloads. There is now also a distinct sound effect for reloading. Finally, the guiding laser will turn off after a fired rocket exploded and will only turn back on once the launcher has been reloaded, signalling its readiness.

This is by no means the final form of the rocket launcher, but we hope that these changes will make using it a little easier in the meantime.

New launcher
A small percentage of players was having issues with launching the game through the hlvr.bat launcher. To fix this, the game now ships with a dedicated launcher. If you might changes to the hlvr.bat file in the past (e.g. to adjust the window resolution), these changes will no longer be active if you launch the game through Steam. Instead, either add relevant parameters to the Steam launch options (e.g. -w 1920 -h 1080), or launch the hlvr.bat manually.

We have a collection of known issues and possible workarounds that you may wish to check out if you have issues with the game: Known issues[halflife2vr.com]

Recommended
4.8 hrs on record
This isn't a tech demo, Yes it's Half-Life, but it's a completely different experience in VR in almost every way. There is nothing "Mod-Like" about this. There are no compromises here. It's a real, full, premium game, for free.

This is Half-Life 2 VR and if Valve still made video games, they would have sold this themselves.

Recommended
11.0 hrs on record
GOT TAMN does the crowbar feel good to use!

Recommended
11.9 hrs on record
It's a good start
That could still use a lot of tweaking.
Let me start this out by commending the team on getting this out at all, from what i've heard it's been through quite a development hell, not to mention the fact that this runs on an engine that is approaching it's 20th anniversary in two years.

The campaign is as should be expected playable from start to finish, i played this on a Quest 2 (link cabled) without any real issue to speak of.

I enjoyed the majority of this, i really did. but while most people seem eager to praise this as some definitive VR experience, there are certainly some flaws and mechanics that require tweaking.

Prob one of the biggest dissapointments is a lack of immersive interaction, a lot of usage from buttons to vehicles still relied on regular controller / button inputs. While i get it may not be as easy to implement as it would on newer engines, if this game wanted to deliver a full HL:A esque experience it simply can not go without it.
Steering vehicles i understand might be uncomfortable for some but i really hope the devs can get it done.

Another thing that bugged (and amused) me was how easy it was to clip hands through solid walls or objects, allowing for some nasty (but again, amusing) exploitation. like dropping a grenade in a sealed off room.

There are some more bits, but i am certain will be set straight in due time, like some clips reloading in an awkward manner, some more proper gun cocking and maybe some tweaks to gun emplacements.

As a side note, might i suggest enabling mat_picmip -10 it made a notable difference in TF2 and i think it will be a neat bandaid solution until more proper HD textures are implemented.

Like i said, i enjoyed the majority of the campaign as it is right now, but i think many would agree some additions are in order to make a true proper experience. (Props on the option for grenade throwing though, that's something other VR games could learn from)

(OBSOLETE) Change Walking Speed
This guide is no longer relevant due to changes to the game - there's now a comfort movement speed slider, and movement is more direct controlled rather than accelerated/decelerated. As such, this guide isn't really necessary anymore unless you wanted ... 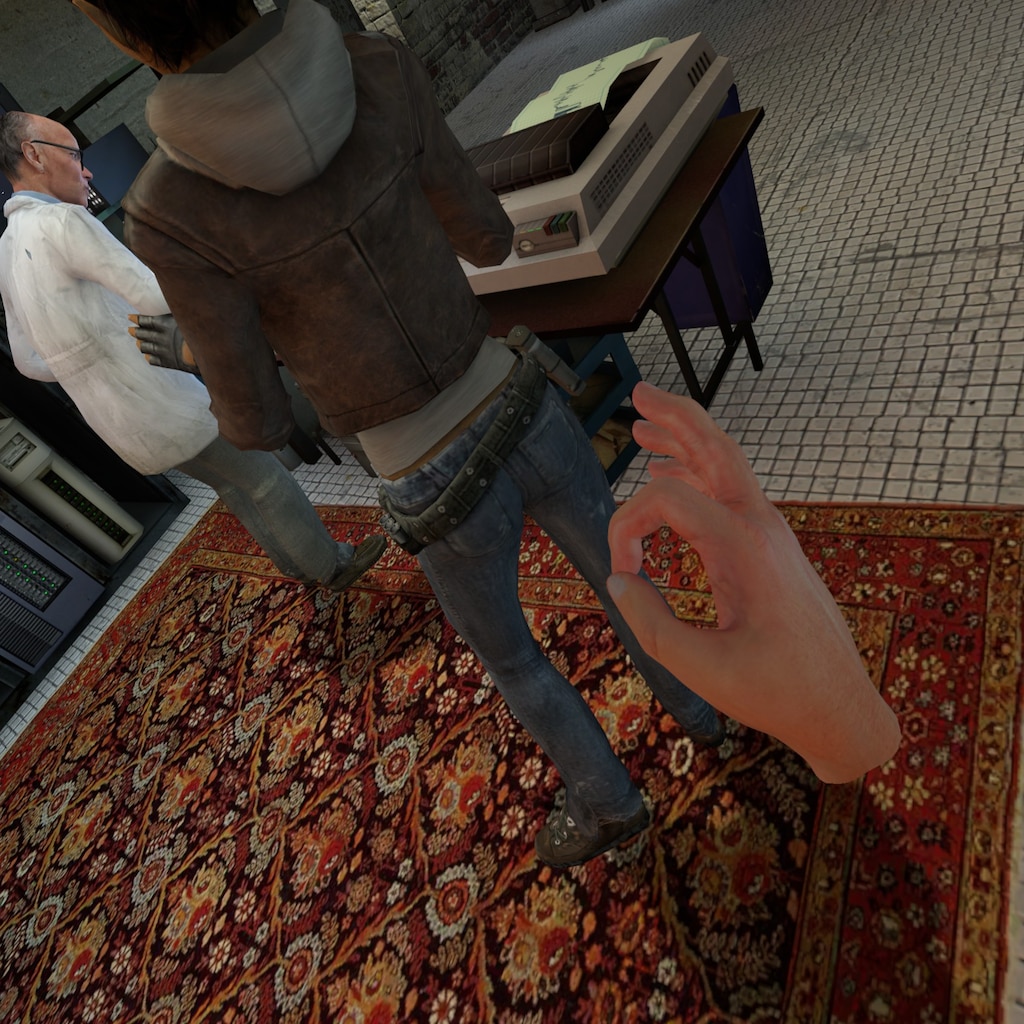 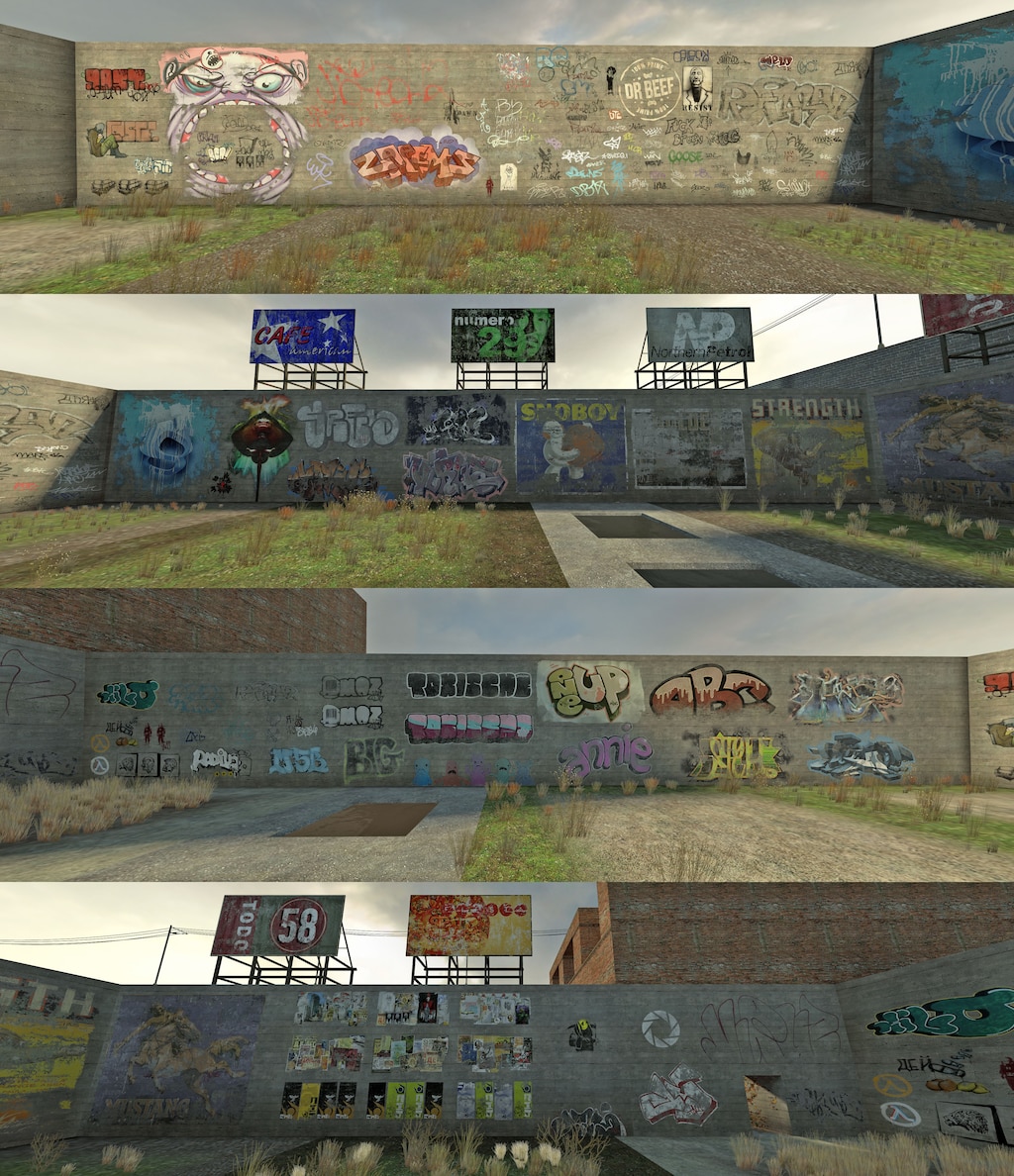 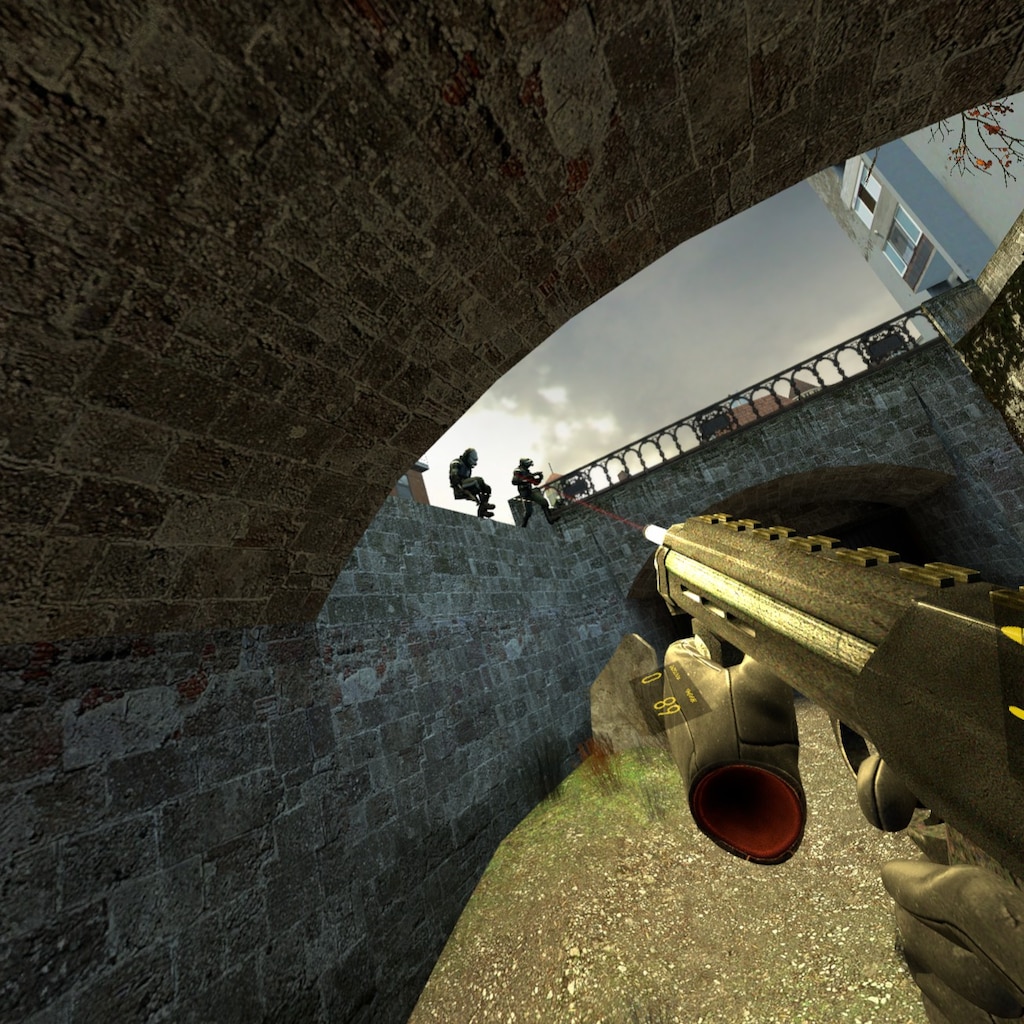 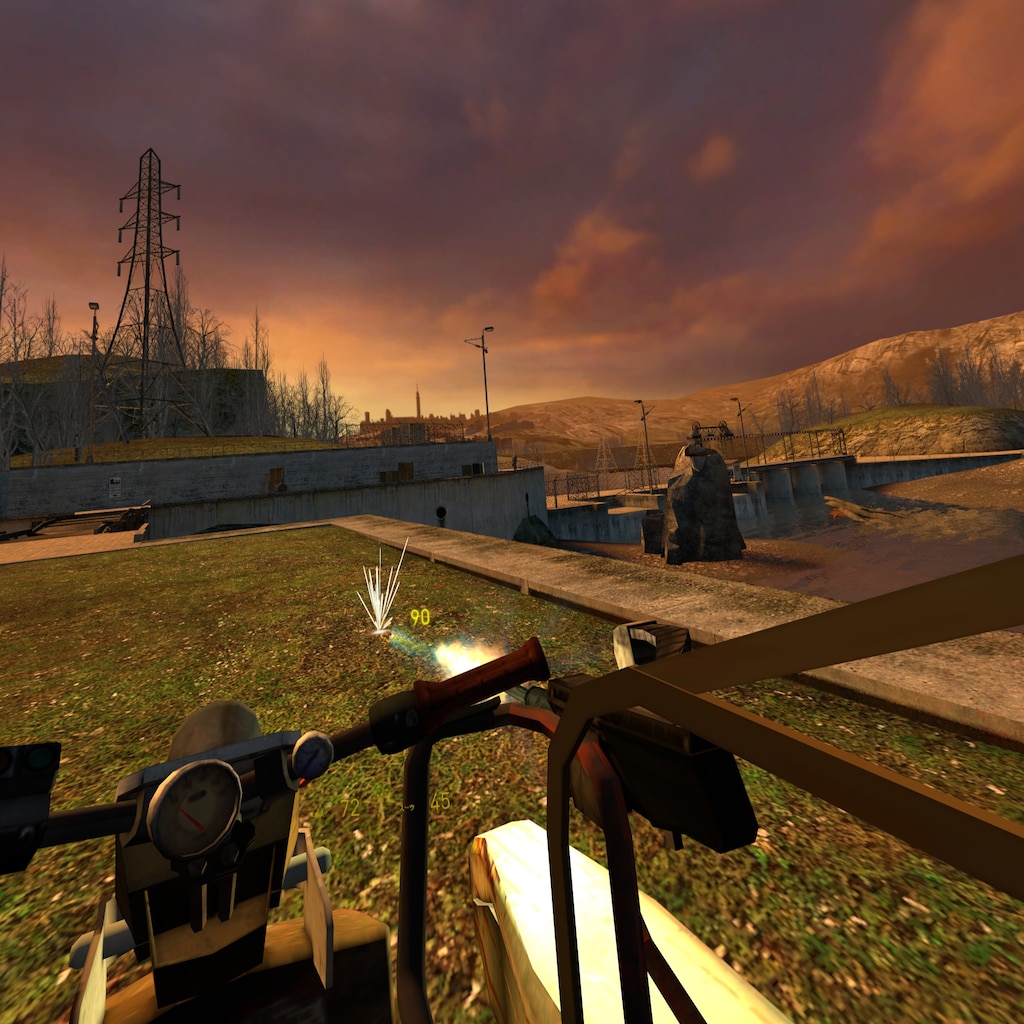 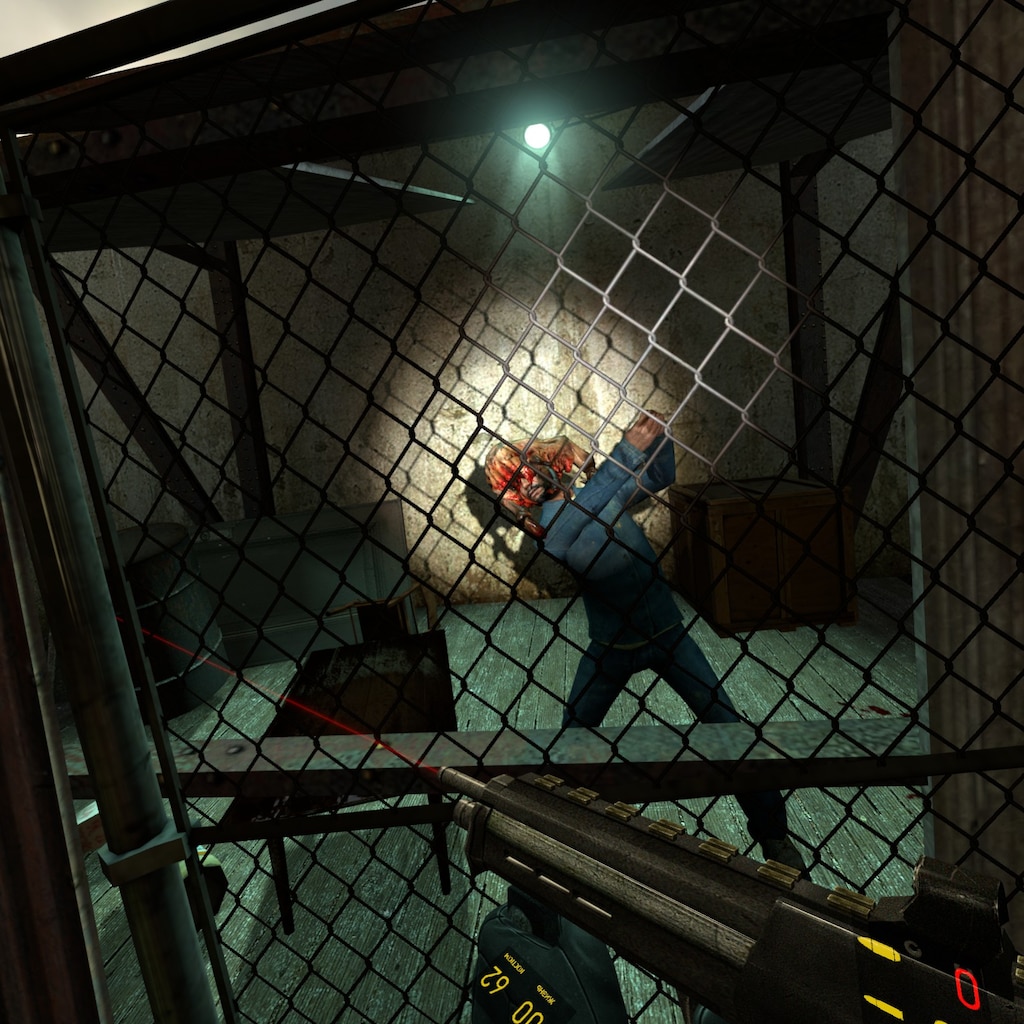 Loli_Kololi
View screenshots
I need a harder difficulty
I got to good playing lots of Pavlov and now hard mode is easy mode to me. Please made a masochist difficulty.
1

Mods do indeed work btw
Set up a custom folder :)

HL 2 Update on VR
Hello fellow Freemans! I guess all of you wondered if the great Half-life Update mod maps can be played in VR, because lets be honest - who plays vanilla after the Update was released? And guess what - it is indeed playable, but it requires some inst...

Qwazzy's Recommended Custom Maps
My picks for custom maps that are fun and playable in HL2VR. 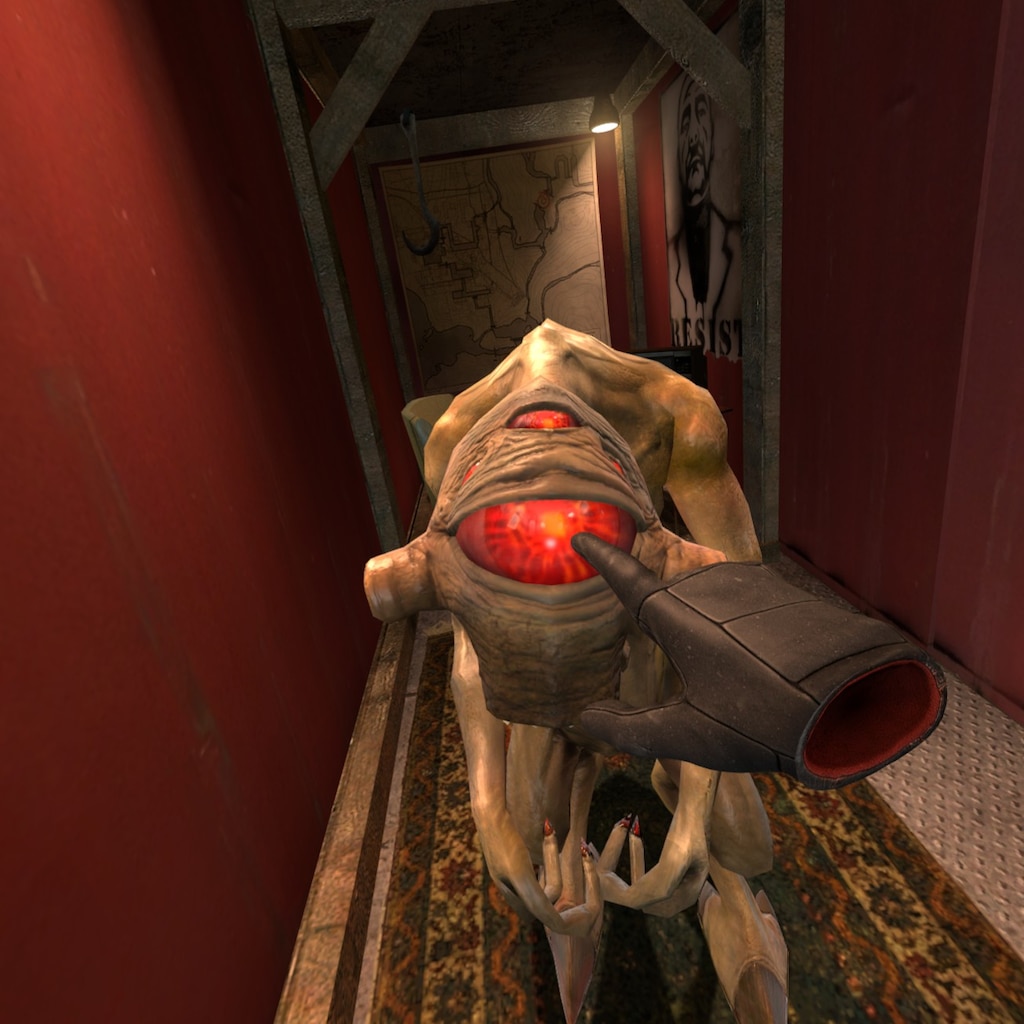 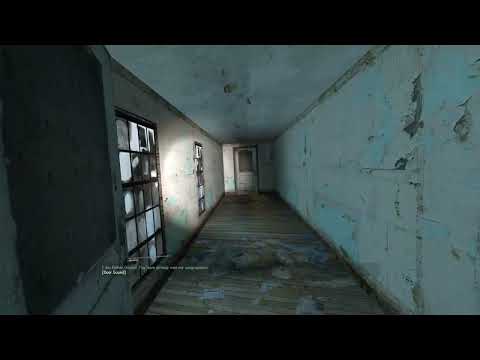 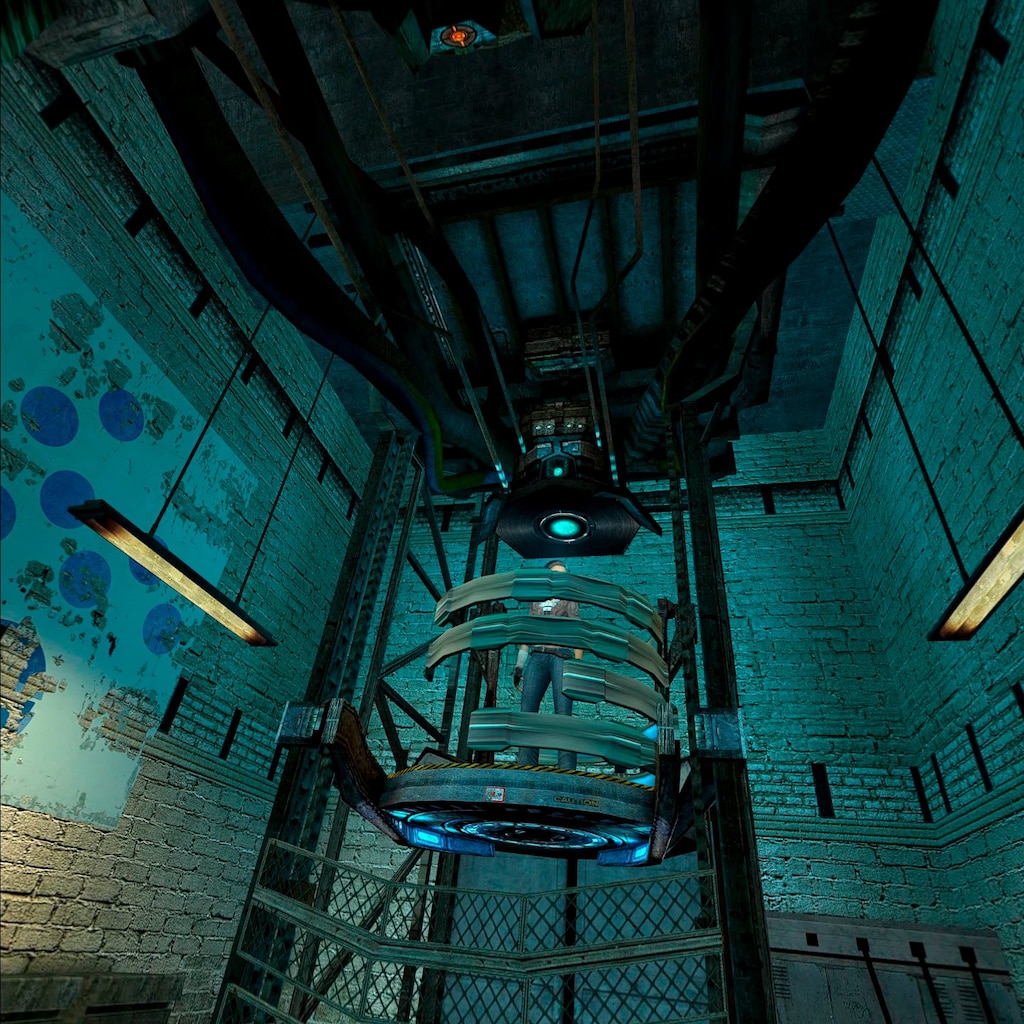 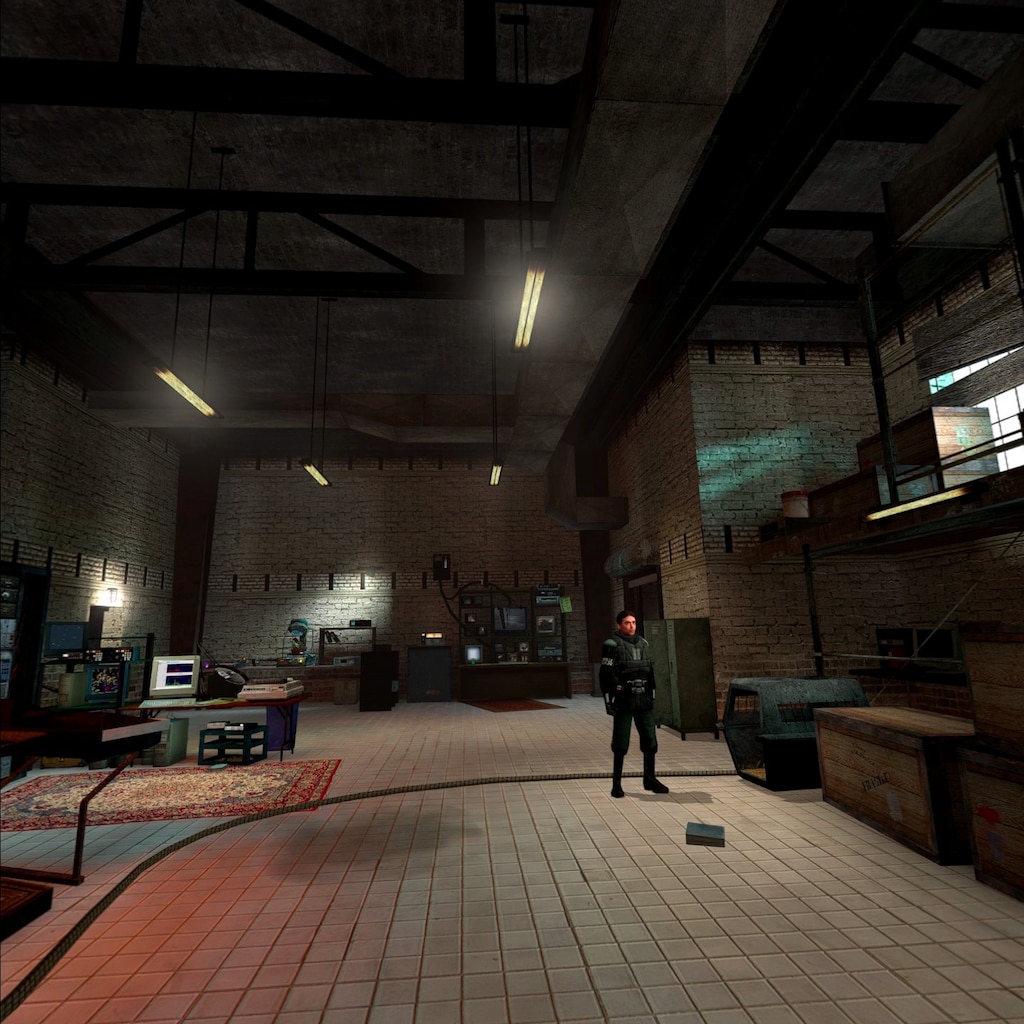 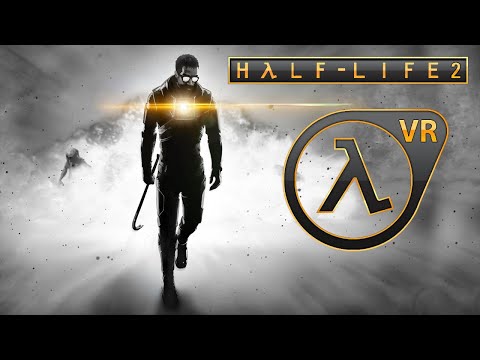 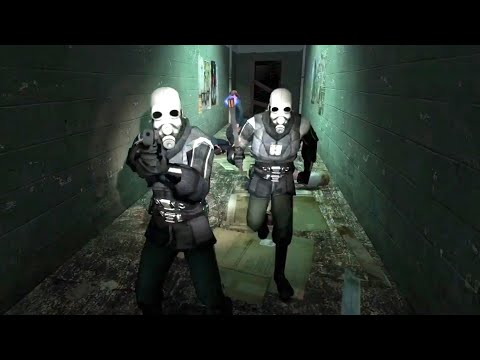 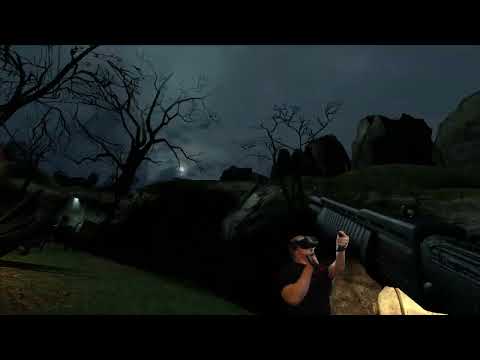 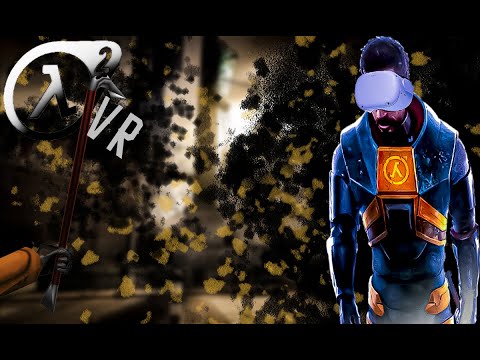 Maksyutin Nick
View videos
Reporting bugs and other feedback
Given that this is currently a beta, there is a good chance you may encounter bugs. Please head over to our Bug Tracker and have a look around - perhaps someone reported the some bug already. In that case, feel free to upvote it - it helps us identify the most urgent bugs to work on. If your issue is not there, create a new report and describe it in as much detail as you can: what happened, where did it happen, what were you doing at the time, and what headset an...
162

CABAListic
11 hours ago
General Discussions
Playing bonelabs made me appreciate this even more.
I have a few hours in this mod then tried bonelabs when it came out. And man coming back to this mod after that janky horro show that claims to be a game. Was such a nice feeling. Proper enemis, working physics. A story and nice looking levels.
2

Gunfreak
37 minutes ago
General Discussions
Why am I like 3'2 in this game?
I just launched it and for some reason my character is so short to the point where I'm only at knee height with npcs. How do I fix this?
14