Place yourself at the heart of the Jurassic franchise and build your own Jurassic World. Bioengineer dinosaurs that think, feel and react intelligently to the world around them and face threats posed by espionage, breakouts and devastating tropical storms in an uncertain world where life always...
$44.99
Visit the Store Page
Most popular community and official content for the past week.  (?)
Is this a good builder ? I hear both good and bad points !
Some say it's good others say it's too linear. I love dino's so that aint a problem. What is there to do if it's linear? Also is the Dlc necessary ? Thank you all and stay safe
6

Not Recommended
62.2 hrs on record
Growing up I was big into dinosaurs. So Jurassic Park was a very big deal for me. Here was a movie about a park full of those big, majestic and absolutely badass creatures of old. Yeah that was before the feathers came. I never got to visit Jurassic Park. Luckily I guess, I'd probably be raptor fodder if I had. But here is a game where I could build my own Jurassic Park and perhaps keep those raptors away from any door handles this time. I mean sure, it's a Jurassic World game, not a Jurassic Park one, but it's close enough. The music, the aesthetics. It's all there. The game does fanservice well and that is good, it is a licensed game, but fanservice alone a good game makes not. So, once the initial franchise excitement starts to wear off, is this game good? Unfortunately no, but lets try using a few more words.

Underneath, the game is a typical zoo builder, but one plagued with a plethora of shortcomings. You get to play a campaign across the Muertes Archipelago. You start on Isla Matanceros and you go from there. In each island you need to achieve a certain rating for your park, a mix of your dino quality and guest satisfaction, in order to advance. To do all that you need to create enclosures for your dinosaurs and guest buildings. Naturally, the enclosures must be of the right size for your dinos, but the game gives you no way to measure that in advance, so hope you are good at guessing or you are going to get some very angry dinos. While those guest buildings require a lot of space. Space you don't have, because those islands are quite cramped, in fact they are outright tiny. Yes, even the sandbox island. I never imagined Isla Nublar could feel that small.

To assist or hinder you in building your park, there are three company divisions: research, entertainment, security. They give you small tasks that often feel out of place with the pace of your game and where your park is going. You can ignore them or complete them for minor rewards. Ignore a division for too long and they might get extra-stupid and start sabotaging your park for... reasons? In each island, every company division also has one bigger, more specific mission to give as well. Like their tasks, those missions don't necessarily feel organic and they will have you employ gamey tactics like keeping a part of your tiny island empty to satisfy their whims, or make dinosaurs with no intend of keeping them. I often found myself erasing enclosures and selling off the dinos I made for one mission, just to make room for the next one. This just makes it feel like a chore.

The game isn't really challenging to progress. You don't need to build a good park, in fact the better your park, the worst the rating. All you need to do really is spam some guest buildings here and there, genome bump a few popular dinos, throw them in an oversized enclosure or two and done. Top rating. That would have been fine if the game was otherwise fun or interesting to play when trying to make a nice park. But that is not the case either. Interesting is a lost cause when virtually all the game's mechanics are as shallow as they are. For instance the power-play between your company divisions. What is the point of that? How is the way they respond to your activities meaningful, engaging or even sensible? The research and fossil expedition mechanics are just money and time sinks. There is no real choices there. Even the ability to modify your dinosaurs' genome to improve their stats is devoid of any real depth.

As for how the game itself plays, well it's not really that fun either. There is a great deal of irritating game routines crammed in those tiny little islands. And when I say tiny, I mean tiny. You are always short on space, hence why this is a zoo builder, not a park builder. No room for your dinos to roam, imprisoned as they are in their minuscule cells. Couldn't those maps be a bit more generous? At least provide the option. Still it's micromanagement that actually kills the game. There is a ton of stupid little things that require your attention. Oh a dino is sick, ah a dino died, uh that food dispenser is empty, eh a tornado just tore down all your fences and let the T-Rex loose. Yeah, for the 5th time in the last 10 minutes. The cherry on top? You can't manipulate the flow of time. Whenever you want to do some building, or some gene modifications, or whatever else your park is running in normal time, so get ready for constant interruptions.

Yes, have fun clicking again on your ranger team to cure, to replenish, to fix, to do XYZ. Oh wait, sorry, did I say Z? Just XY please, see the rangers are all brain damaged and can't remember more than 2 tasks at a time, wait a bit and try again later. Eer... what? Why such a short task queue? And why can't you just automate all those annoyances? Put things on a stance. Those food dispensers? Get them auto-refilled. You see a sick dino in your area? Go, heal. Why not? Because what would the player do then, those annoying repeating tasks make up the majority of the gameplay. Ok fine, so why can't I at least pause time? Herp derp trololol. The most fun I had with this game was driving around my park in a ranger's jeep and taking photos of my dinos. And I couldn't even do that without getting interrupted every few minutes by some stupid little crisis that the demented, syphilitic baboon responsible for fixing couldn't hope to manage without my direct involvement.

To conclude, there really was potential here. Some interesting ideas, nice aesthetics. But the game fails decisively to deliver on its promise. In the end, what kept me going was not the gameplay, it was the dinosaurs, it was Jurassic Park. So if you just need a game to scratch that Jurassic Park itch then go ahead, give this one a shot. I mean what other choice do you have? Money-gobbling, time-wasting, mobile scams? Yeah, no. For all its many flaws and ovepriced DLCs, at least this is an actual game. That said, if it is foremost a quality game you are looking for, look elsewhere. 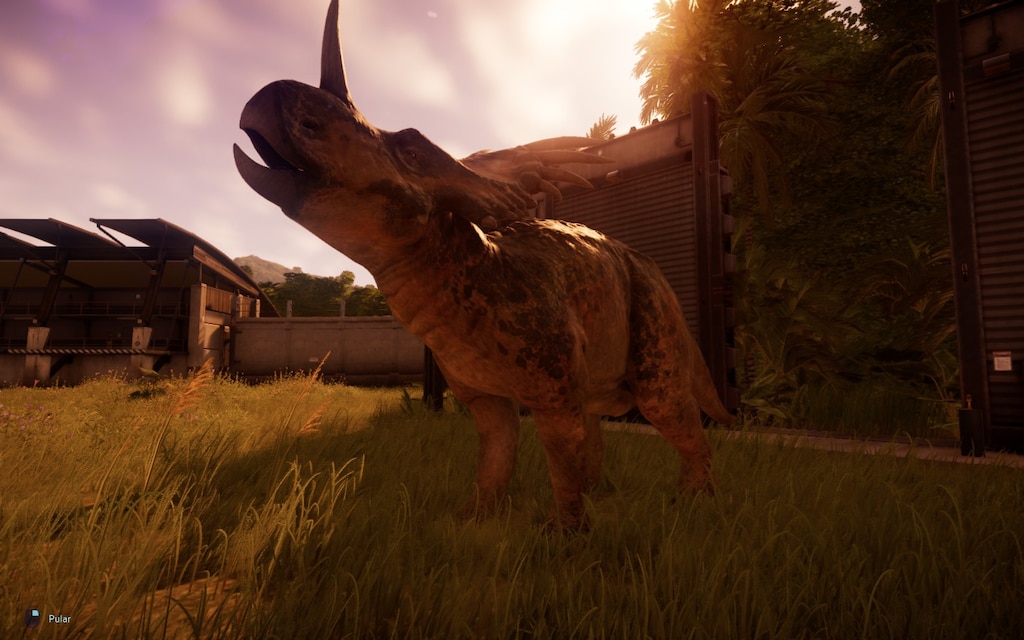 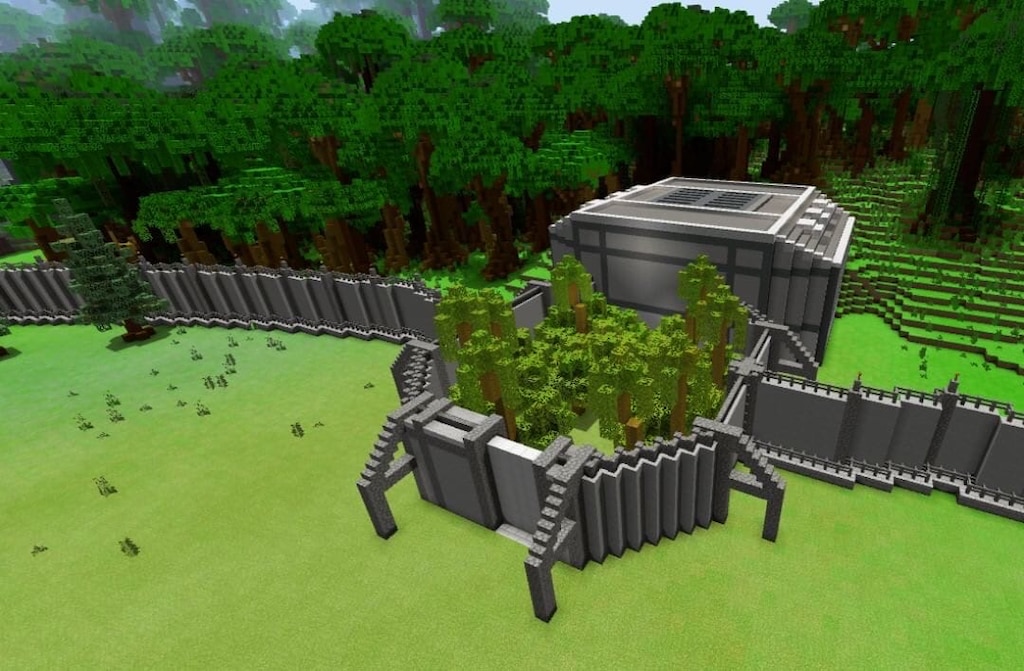 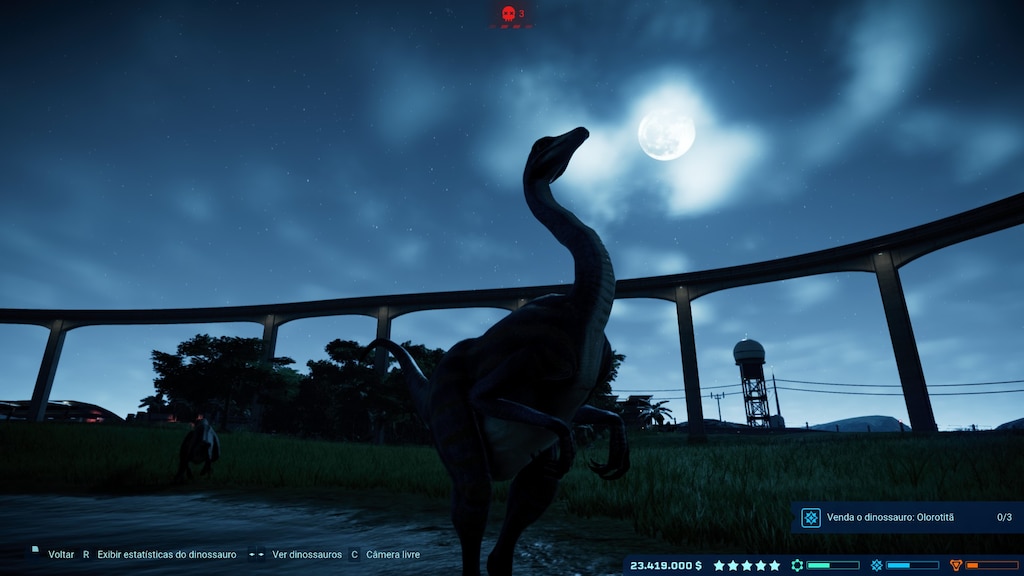 Rex
View all guides
Custom Campaigns by yours truly!
If you check the steam guides you can find guides made by me to expand upon the gameplay by adding more campaigns to the game. If you like them, be sure to give them a thumbs up! 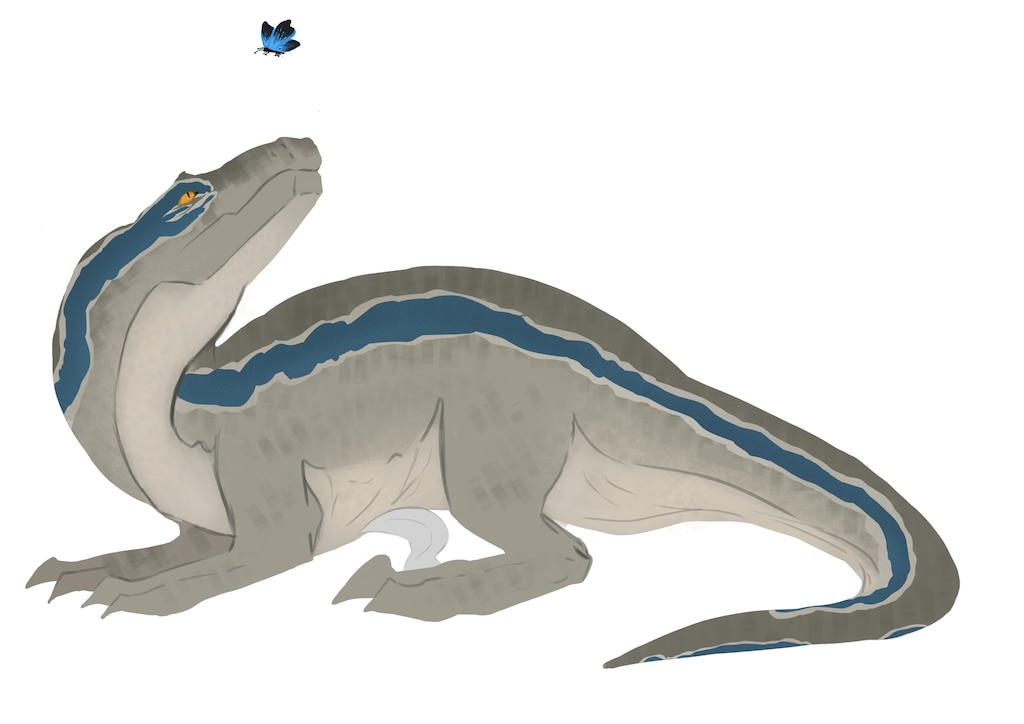 6
Ban
27
Blue and the butterfly 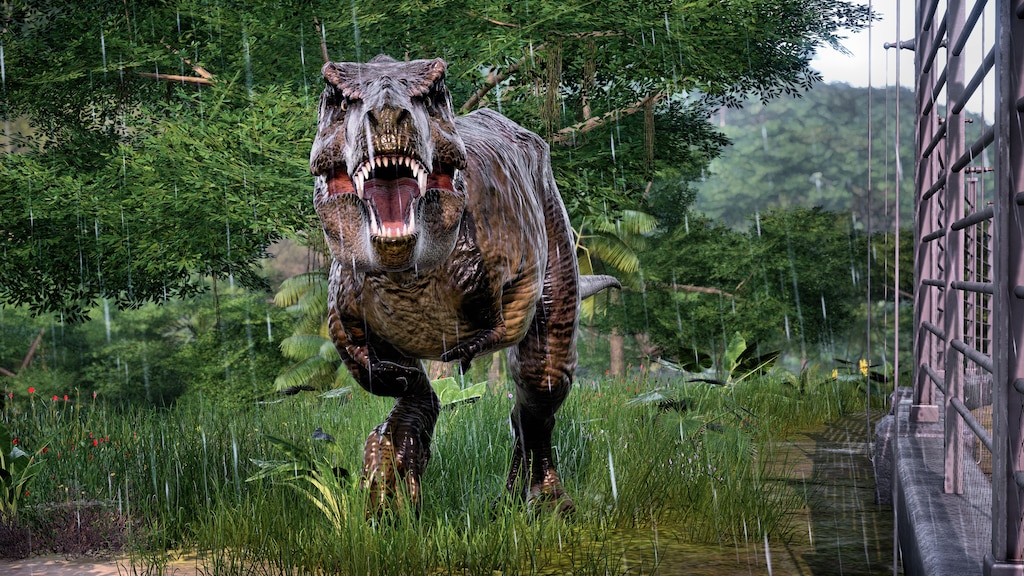 Recommended
39.7 hrs on record
Incredible, but it would be much better if it had aquatic dinosaurs. 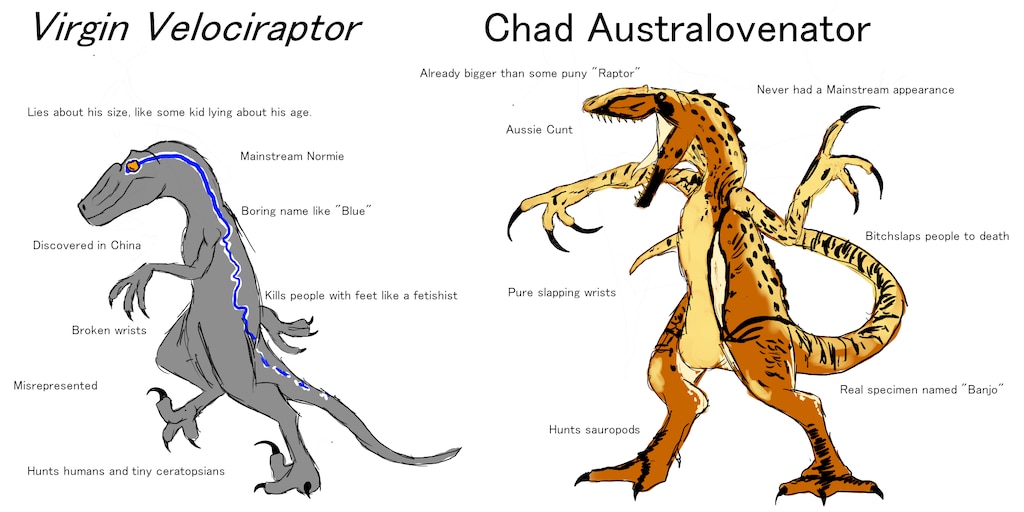 Things I Wish I'd Have Known When I Started
I recently read an article by Vikki Blake where she expresses her dislikings and likings with Jurassic World Evolution, and in a few of the paragraphs, she complains about how the game has a steep learning curve and how it can take 'many hours of slog' to ...
4 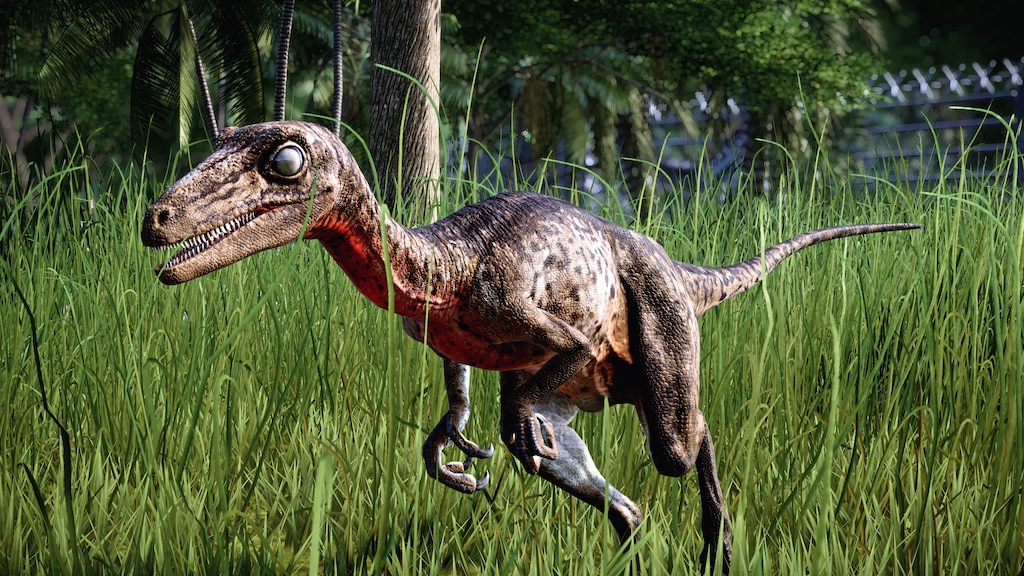 Recommended
28.8 hrs on record
Product received for free
Game is GREAT! but i think it'd be cool if you could play THY dinosaur 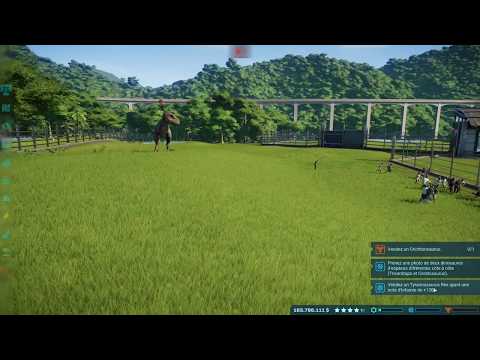 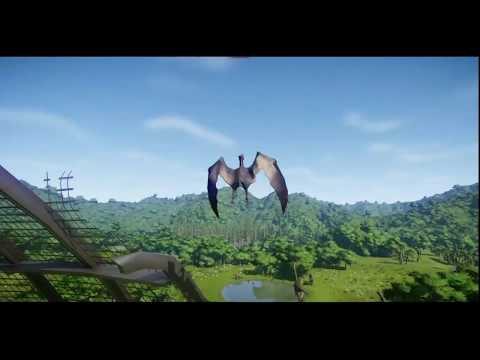 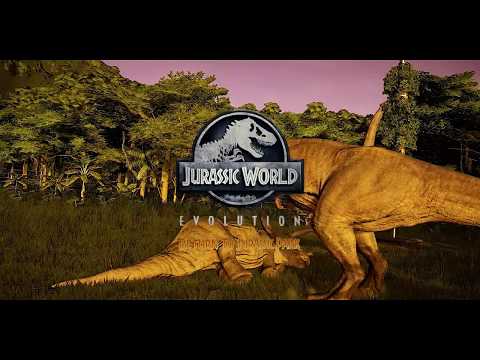 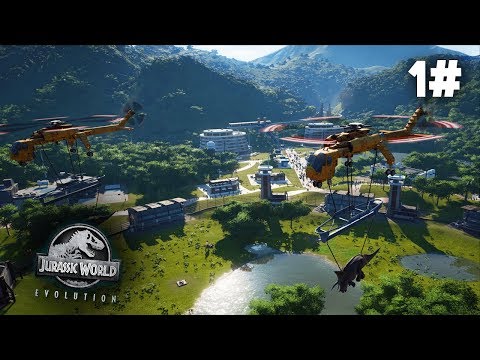 Secrets of Matanceros Custom Campaign
This is a custom campaign made by me for you to play in sandbox. To play properly, make sure you have completed the main campaign of Jurassic World Evolution. If you own DLC, there will be special instructions in this guide to help you along. This is in no...
3

MORRISON PARK Custom Campaign
Welcome! To Morrison Park! This is a custom campaign made by me. This campaign focuses on Dr. Dua's attempts at breeding the perfect Allosaurus! This guide will also walk you through the steps to getting the required mods. (WARNING: Mods are NOT supported ...
0

Paleo Jake
View all guides
Wall maintenance? *** [Answered] ***
So dinosaurs can break walls and I know that you use Ranger (R) to fix them. My questions are: 1. Is there a way to do preventative maintenance to prevent breakouts 2. Is there a way to see if walls are weakened/about to break BEFORE they break 3. Is th...
6

The Kotho
9 hours ago
General Discussion
Play as the dinosaurs?
I can't believe they didn't let us have this ability. You build it up, and then...watch AI tear it down. Oh boy, fun. Or, you take control of a dinosaur of your choice, and do it yourself. Also part of the fun, get it? It's not just walking around in ...
27

Carniverb
5 hours ago
General Discussion
4% Of people playing this Game haven't Hatched a Dinosaur
Thats right, according to achievement statistics about 4% of people that play this game havnt hatched a single dinosaur If anybody has any idea why than feel free to reply
15