Experience authentic First World War action with 64 player battles of maneuver on the Eastern Front. Grab your rifle, ready your sabre and keep your gas mask close as you prepare to play a part in one of the most significant conflicts in history!
$19.99
Visit the Store Page
Most popular community and official content for the past week.  (?)
The West to East 1915 campaign has ended.
Jun 4 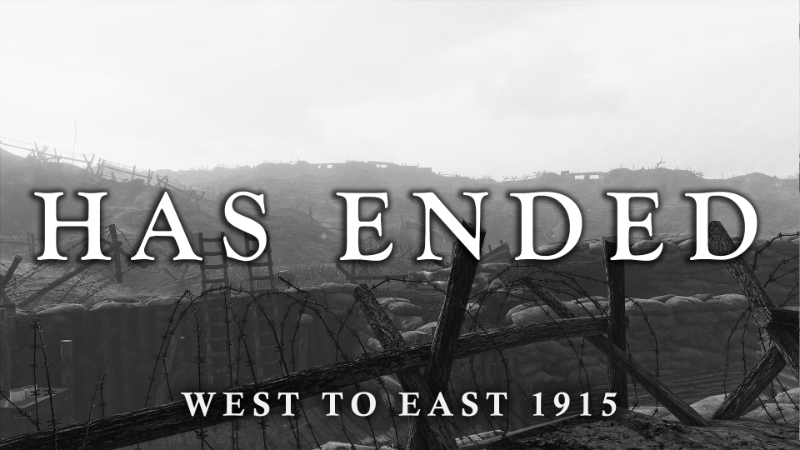 The Entente wins again with 22,754 less casualties than the Central Powers, although with almost 1,000,000 casualties it would be a horrifically expensive victory.

Even the highly successful Gorlice–Tarnów offensive by the Central Powers only resulted in around 300,000-400,000 Russians captured, killed or missing in action - a vast number, but not even half of what we've seen from about nine days of frontline combat in Verdun and Tannenberg. On the Western Front, the French and British attackers in the Second Battle of Artois suffered around 50,000 more casualties than the defending Germans.

Isonzo Intel
Don't forget to check out the latest Isonzo Intel dev blog, all about the challenges of recreating historical landscapes! 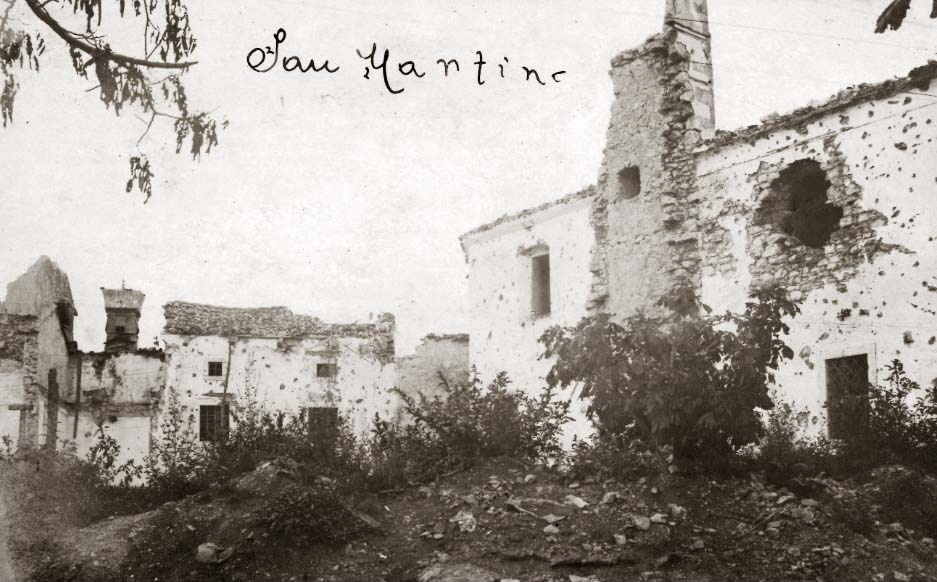 The ruins of San Martino del Carso, that you will find yourself battling through in Isonzo.

See you next time!

Tannenberg
103
3
anybody excited for isonzo
It looks pretty cool,graphics look good, gameplay look interesting with mountains and town warfare, what do you guys think?
11

rhorton80
Jun 11 @ 3:08pm
General Discussions
The Gorlice-Tarnow Offensive
Jun 2
Following the initial military disaster of the Battle of Tannenberg in 1914, the Russian Army had been doing better, particularly against the Austro-Hungarians. A Russian counter-attack routed their opponents in the south and allowed them to besiege the fortress city of Przemyśl. The Germans launched a number of attacks to try and distract the Russians, but despite some minor successes they were unable to deal serious damage. 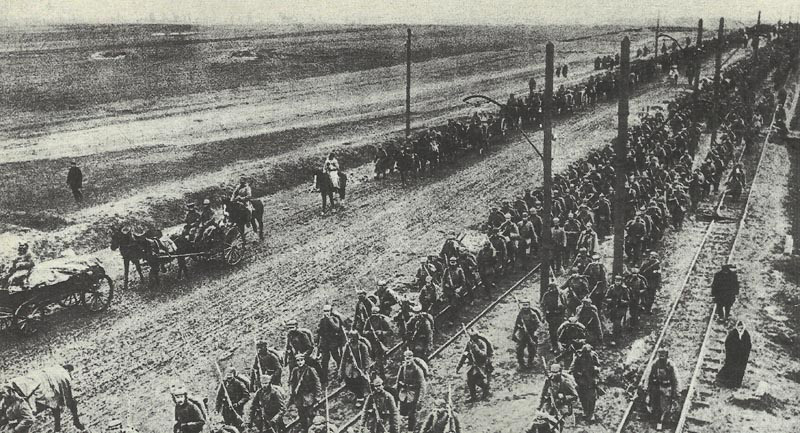 Central Powers troops on the march.

This would change in May 1915. A combined German and Austro-Hungarian force was assembled with more than 700 artillery pieces, including 159 heavy guns and 96 mortars – such as the 305 mm Skoda siege howitzers. They were attacking Russian defenders with only 145 artillery pieces, of which a mere 4 were heavy guns. It did not go well for the outgunned Russians, and what was intended as a distraction quickly became a huge offensive, with the Russians unable to organize a meaningful resistance. What counter-attacks there were only added to the Allied losses. The offensive would continue until June 22, and triggered the Russian withdrawal known as the Great Retreat. 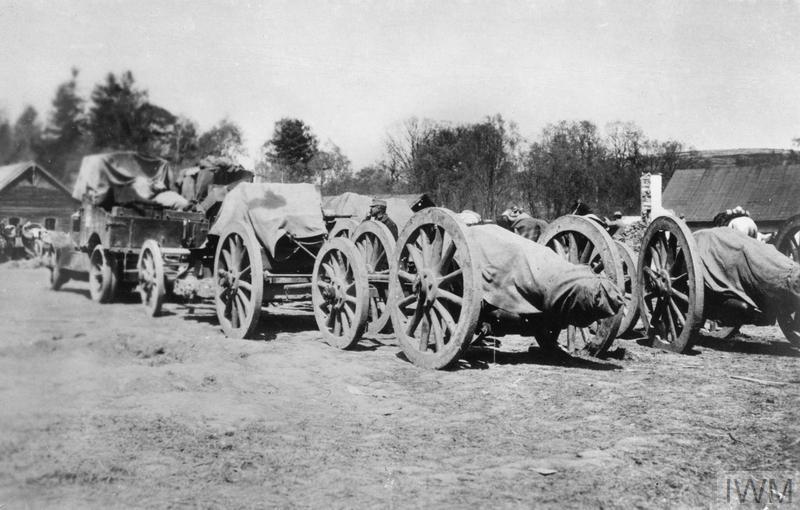 Two days of campaigning remain
In the current campaign, the balance of casualties currently stands at 794,025 vs 772,397 in favour of the Entente. Once again the Central Powers are on the back foot... but the West to East 1915 campaign will continue until this Friday 4th.

Isonzo Intel
In case you missed the latest Isonzo Intel, it was all about the challenges of recreating historical landscapes in a videogame. Aside from the technical side of things, you first have to find good reference materials, and remember that landscapes can change a lot over the years... 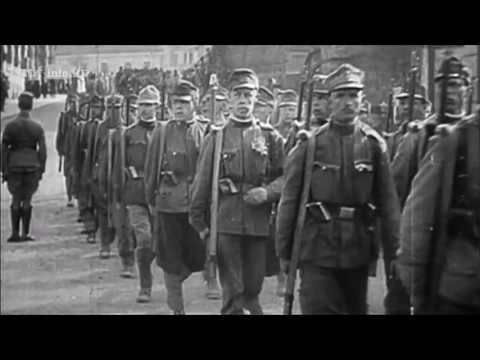 Official Weapons Guide
List of all infantry weapons in Tannenberg and some of their base stats.
115 ratings

Tips, Tricks, and Tidbits
This guide sets out to coalesce as many tips, trick, and tidbits as possible from across the Tannenburg community, organize them, and present them as quick information for new Tannenburg players.
84 ratings

Berserk
View all guides
West to East 1915 Campaign!
May 26
Which side will suffer less casualties in this month’s campaign? West to East is named after two major offensives that began in May 1915: the Gorlice-Tarnów offensive and the Second Battle of Artois. Both aimed eastward, but only one was a real success.

The Germans intended the Gorlice-Tarnów offensive to be a relatively minor operation to take some pressure off their Austro-Hungarian allies, but it would turn into a major assault that collapsed Russian lines. The Second Battle of Artois had the goal of capturing Vimy Ridge, and while the French would take the heights, they would not be able to hold them. 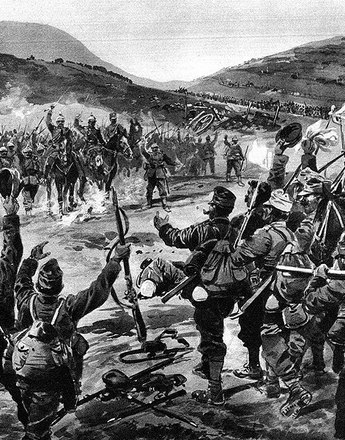 How do campaigns work? It’s fairly simple: all Entente and Central Powers casualties in the Frontlines and Maneuver game modes in Verdun and Tannenberg will be tallied up, and the ‘victors’ will be the ones with least losses. The Central Powers have not won a campaign in a while. That doesn’t mean they can’t do so this time. 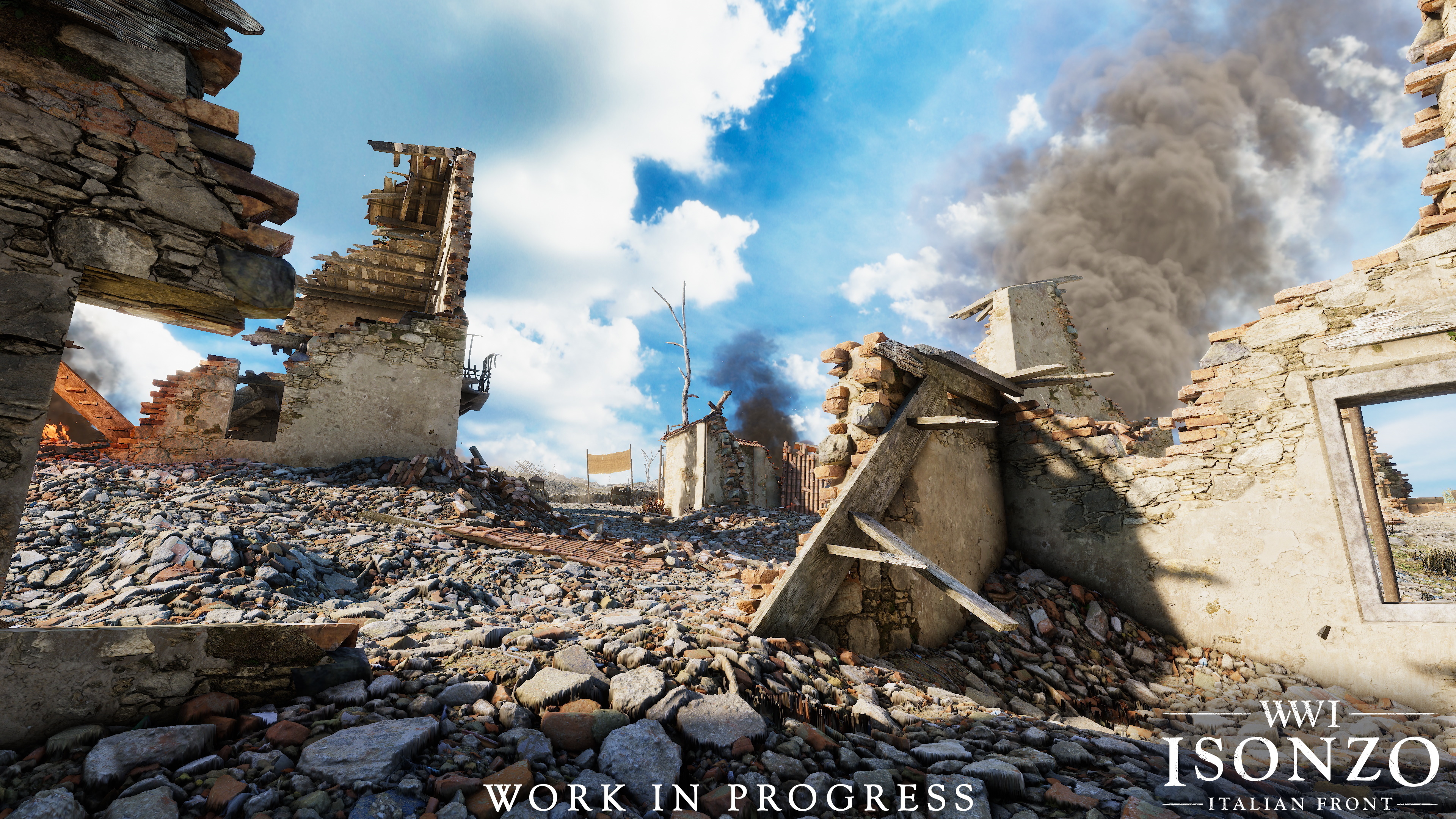 Furthermore, we're still working hard on Isonzo! Please be sure to wishlist our upcoming game if you haven't already! Last week, intell was shared on the creation of historical maps in Isonzo, which of course included some new screenshots and a teaser for the next blogpost..!
You can read our second Isonzo Intel here! 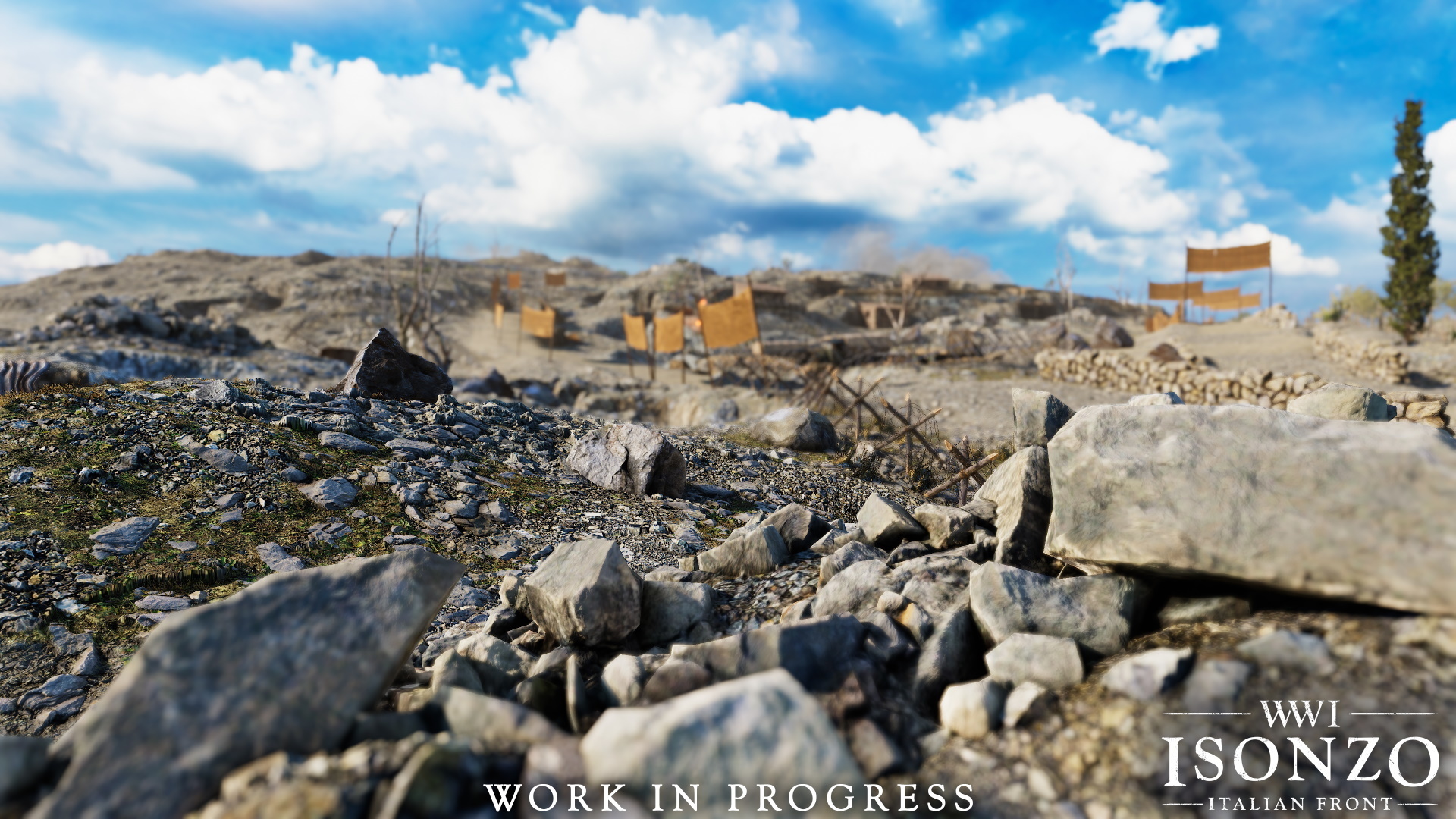 Map Markers and interactables
This is a break down of the symbols on the spawn and mini map along with the visuals on the map.
58 ratings 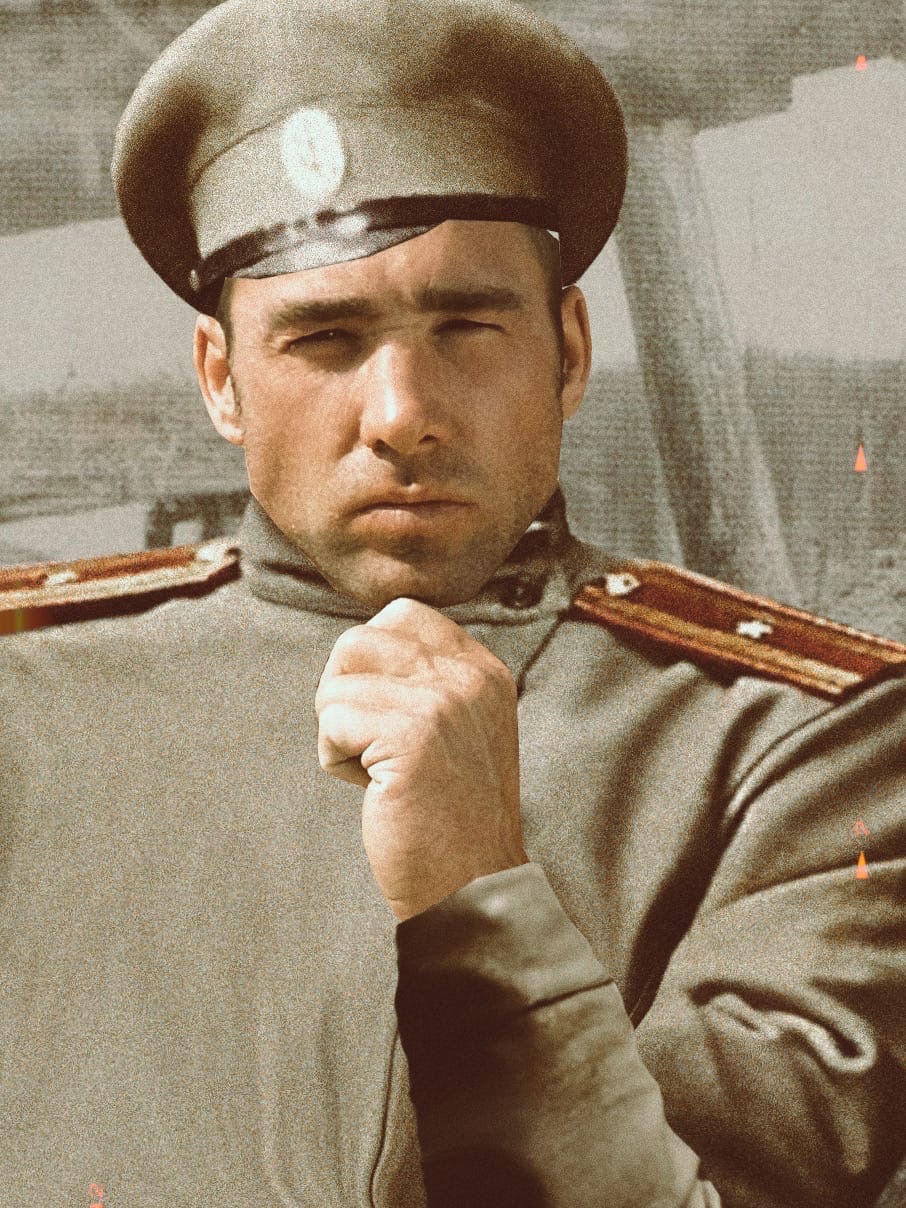 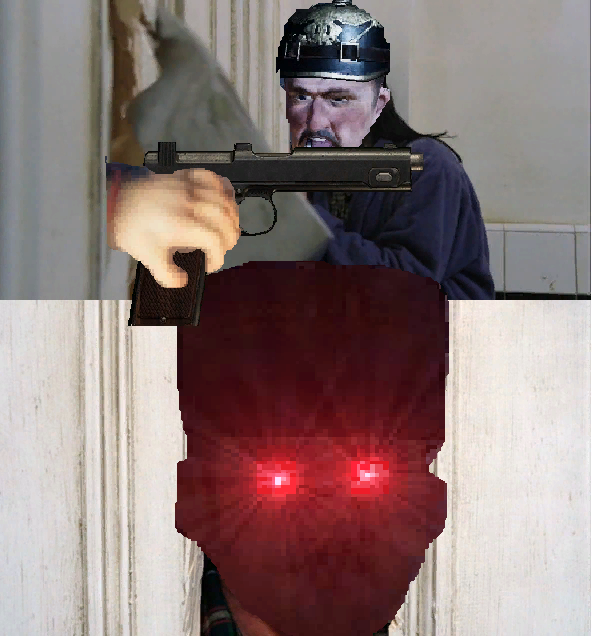 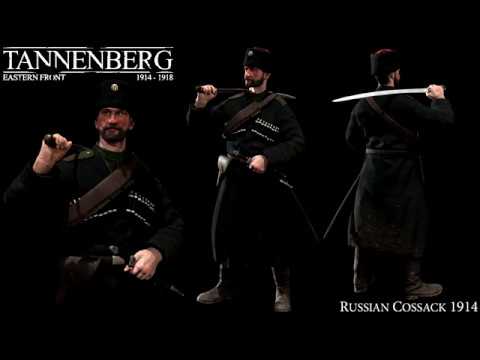 Lone Wolfos
View videos
tanks when?
or any other vehicle that you can use?
18 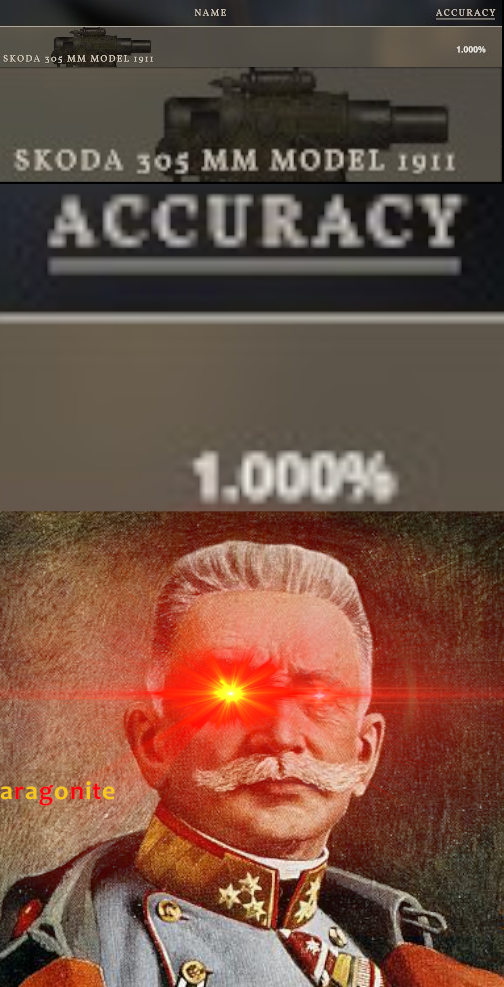 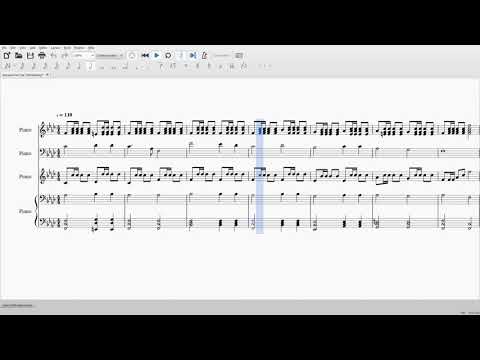 KomissarTokugawa
View videos
Gore? Dismemberment?
Are these in the game?
9 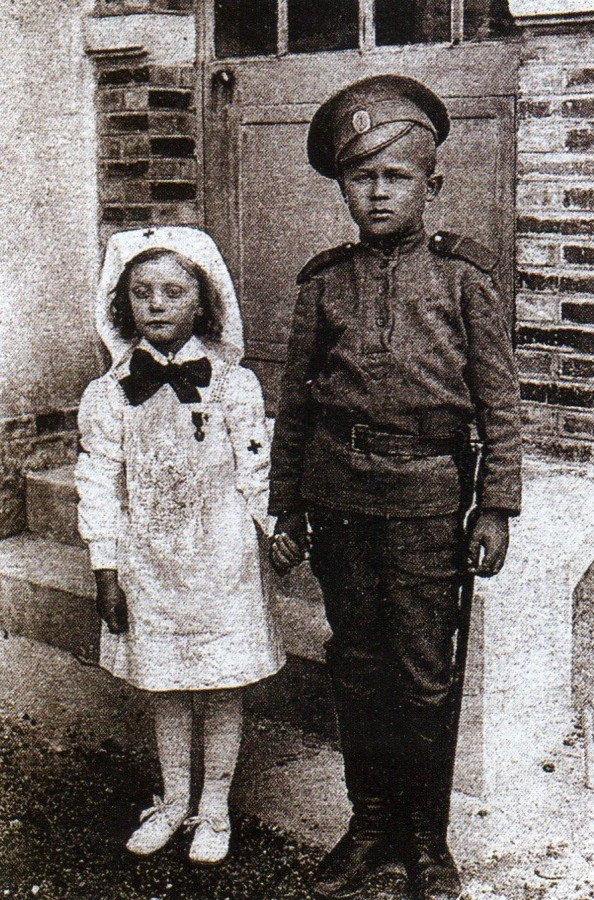 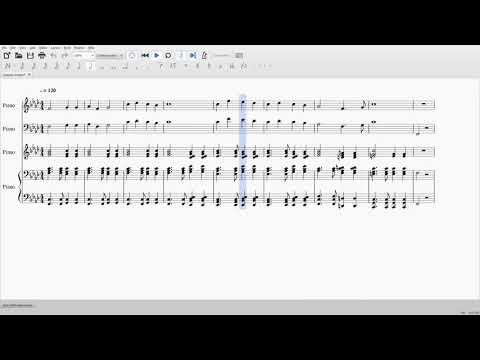 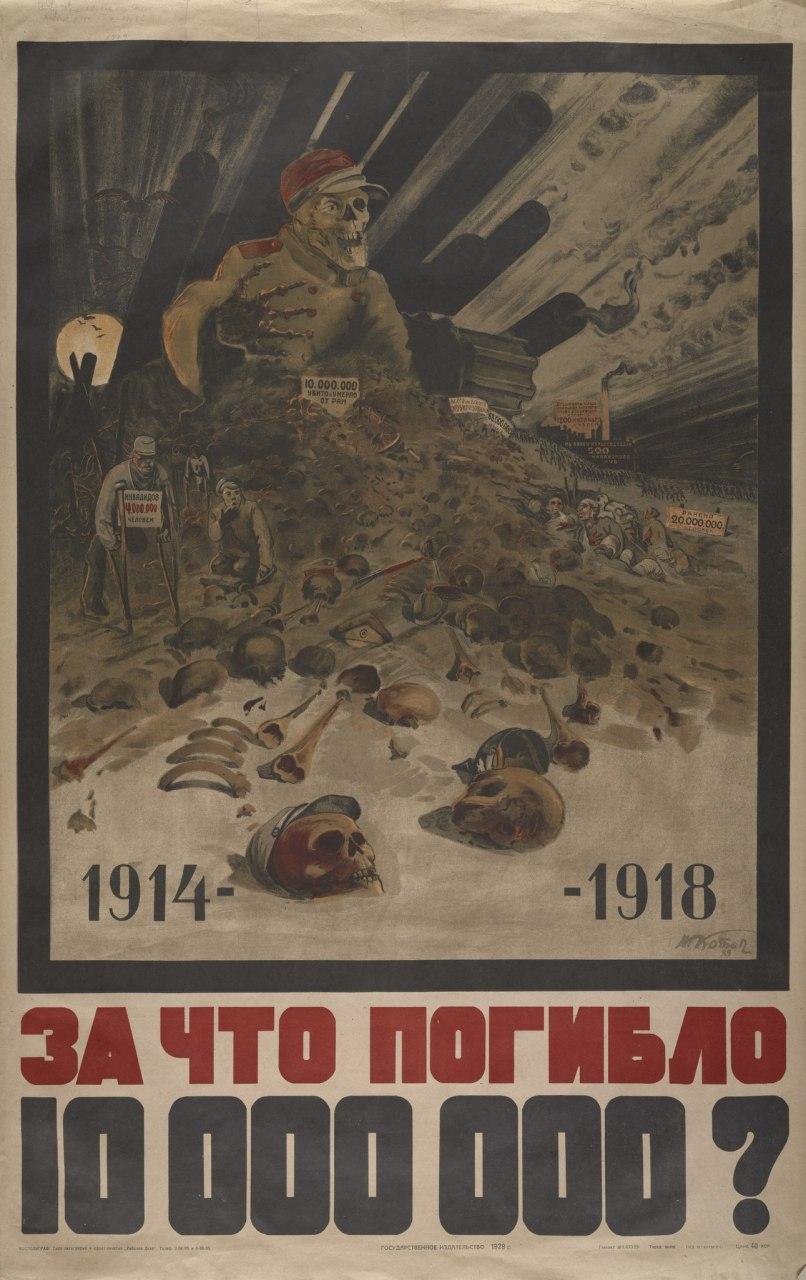 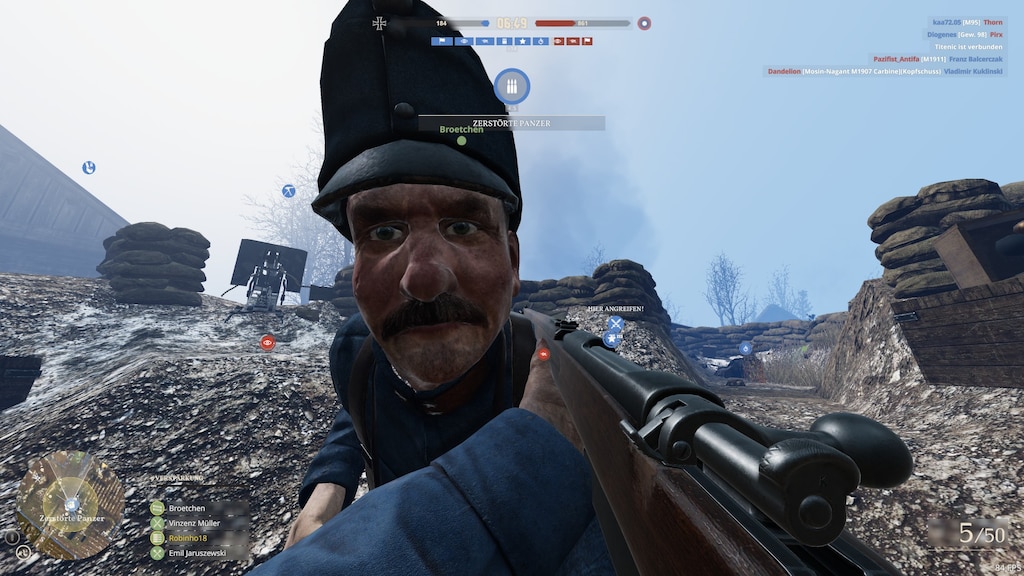 Not Recommended
1.4 hrs on record
why wasn't this game integrated with Verdun ??!! it's terrific just like its predecessor, but it's impossible to find a game that's not full of NPCs.... hence why I can't recommend this

baccy cone
332 products in account
0
New Player here
Just got this game on sale and have played a couple matches, any body got tips for a new player?
11 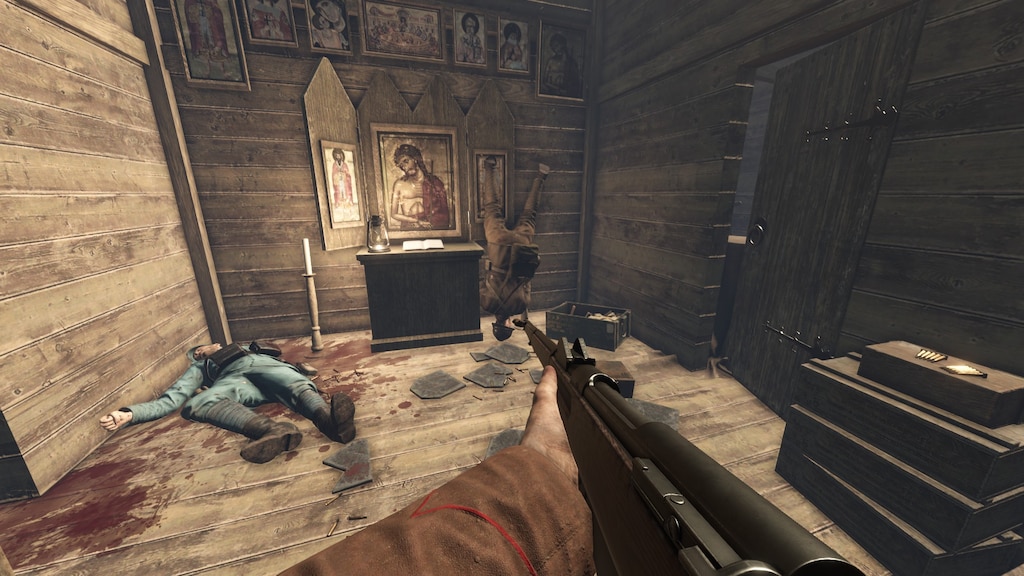 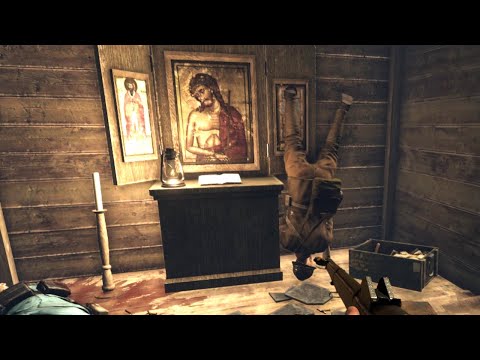 0
0
Tannenberg - The Fall of Icarus 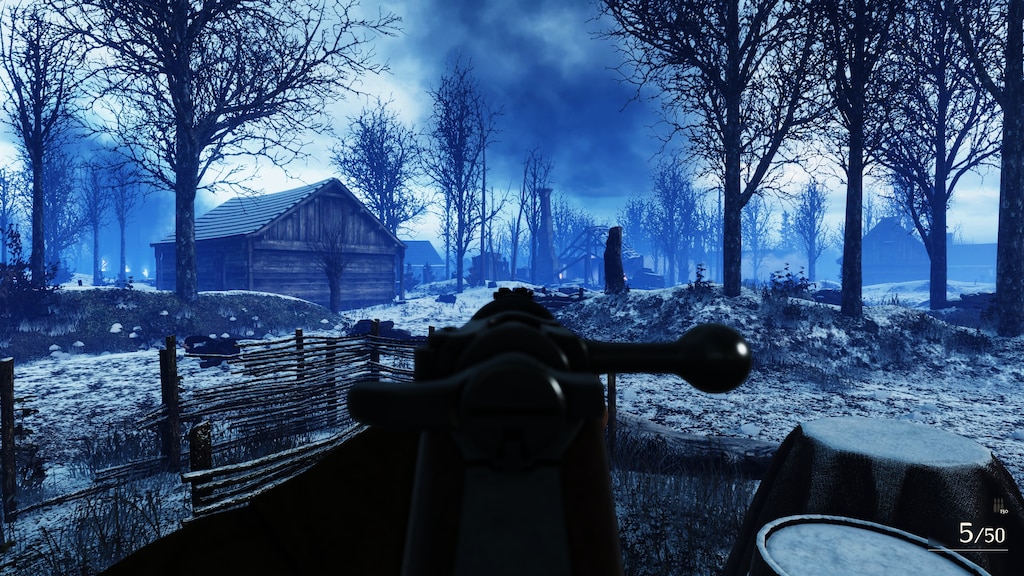 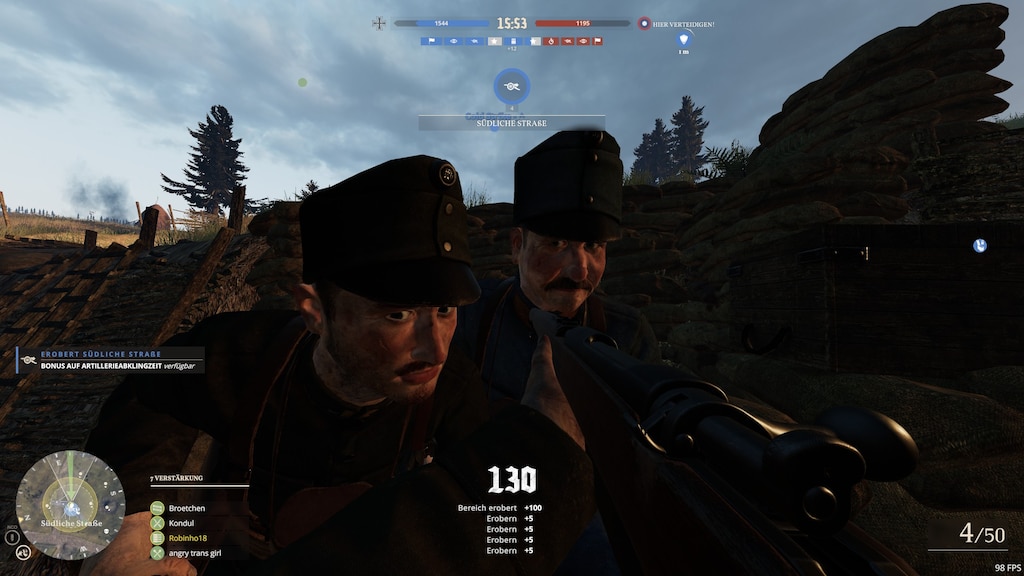 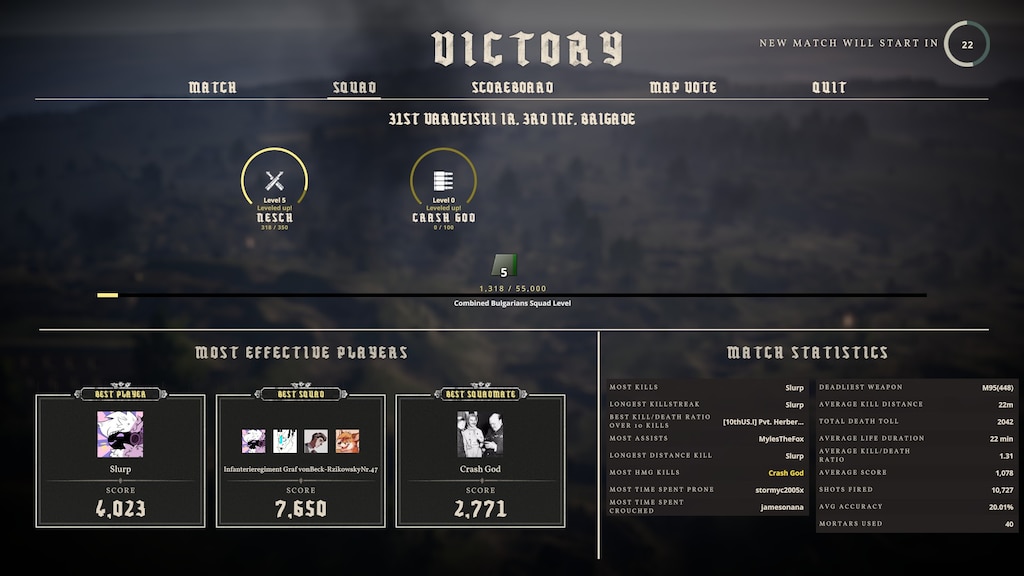 Crash God
View screenshots
Does Anybody Play this
curious
5

Walderschmidt
May 8 @ 6:06am
General Discussions
No one has rated this review as helpful yet

Recommended
11.3 hrs on record
Verdun, but this time you have to have eyes in the back of your head, oh yeah and lever actions.