Hellpoint is an intense action RPG taking place on Irid Novo, a derelict space station soaked in an intoxicating dark sci fi atmosphere. Fight dreadful creatures, face the Cosmic Gods and unravel their twisted story. Should the challenge be too great, play with a friend in local or online coop.
-60%
$34.99
$13.99
Visit the Store Page
Most popular community and official content for the past week.  (?)
Save 60% on Hellpoint | Steam Summer Sale 2022
Jun 23 Greetings, Hellspawns!
Hellpoint is featured on this year's Steam Summer Sale with a -60% discount.

Be sure to take advantage of the discount before the sale ends on July 7th.

Hellpoint
45
0
DLC and help
Hello all, Just wondering if the DLC is going to bring more help to the table? Especially concerning icons debuff effects and what they do. I started playing again and I feel completely loss, when thespians hurt you, you have that brain icon but except having that distorted screen and the insects flying around you, what does it do exactly? What are the blue and red cross? And so many more icons... I really don't understand much of the damage types even after looking them up, I know they're effective a...
19 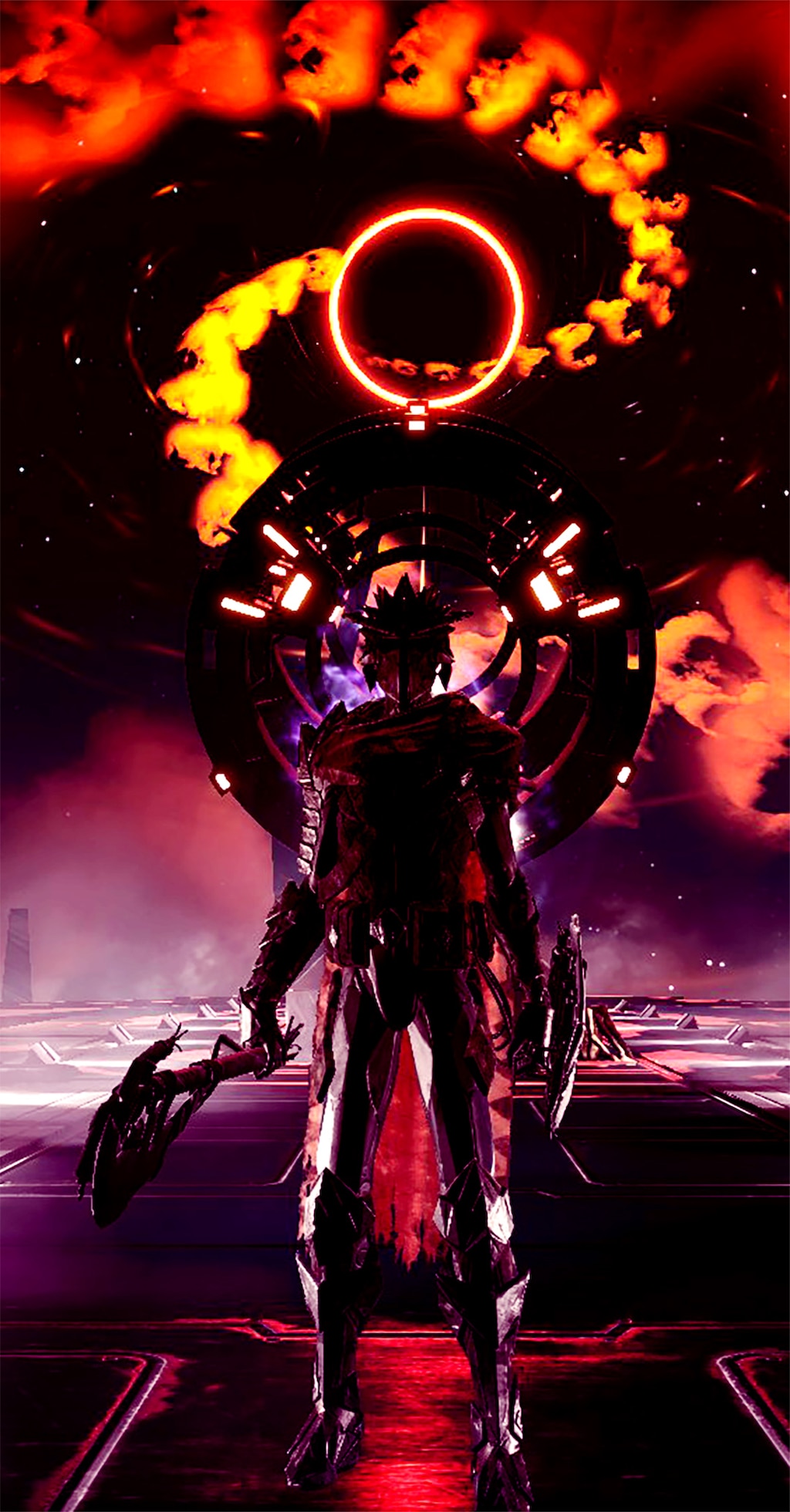 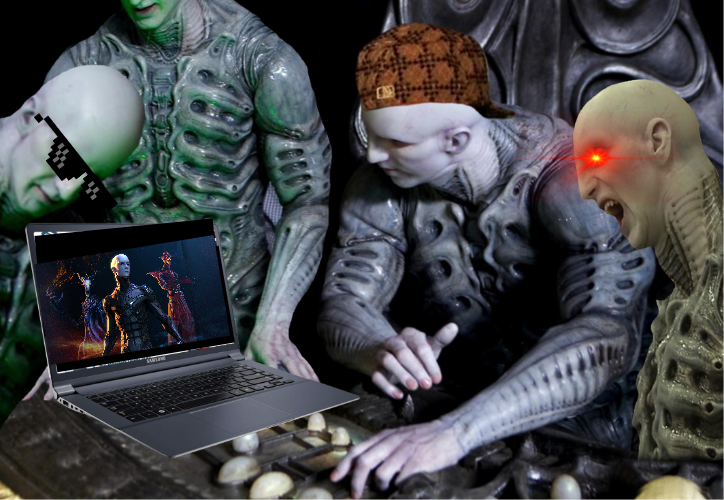 6
2
Hellpoint homage by the artists of Undungeon, a pixel art action/RPG

All Achievements Guide [Hellpoint] [PC]
All Achievement's Guide - Hellpoint Hey all, they fixed the Shattered Mirror Achievement sometime in the last day or so, and I've seen a lot of confusion around, well, most of the achievements in this game (to be fair, it's new, so some information is har...
63 ratings 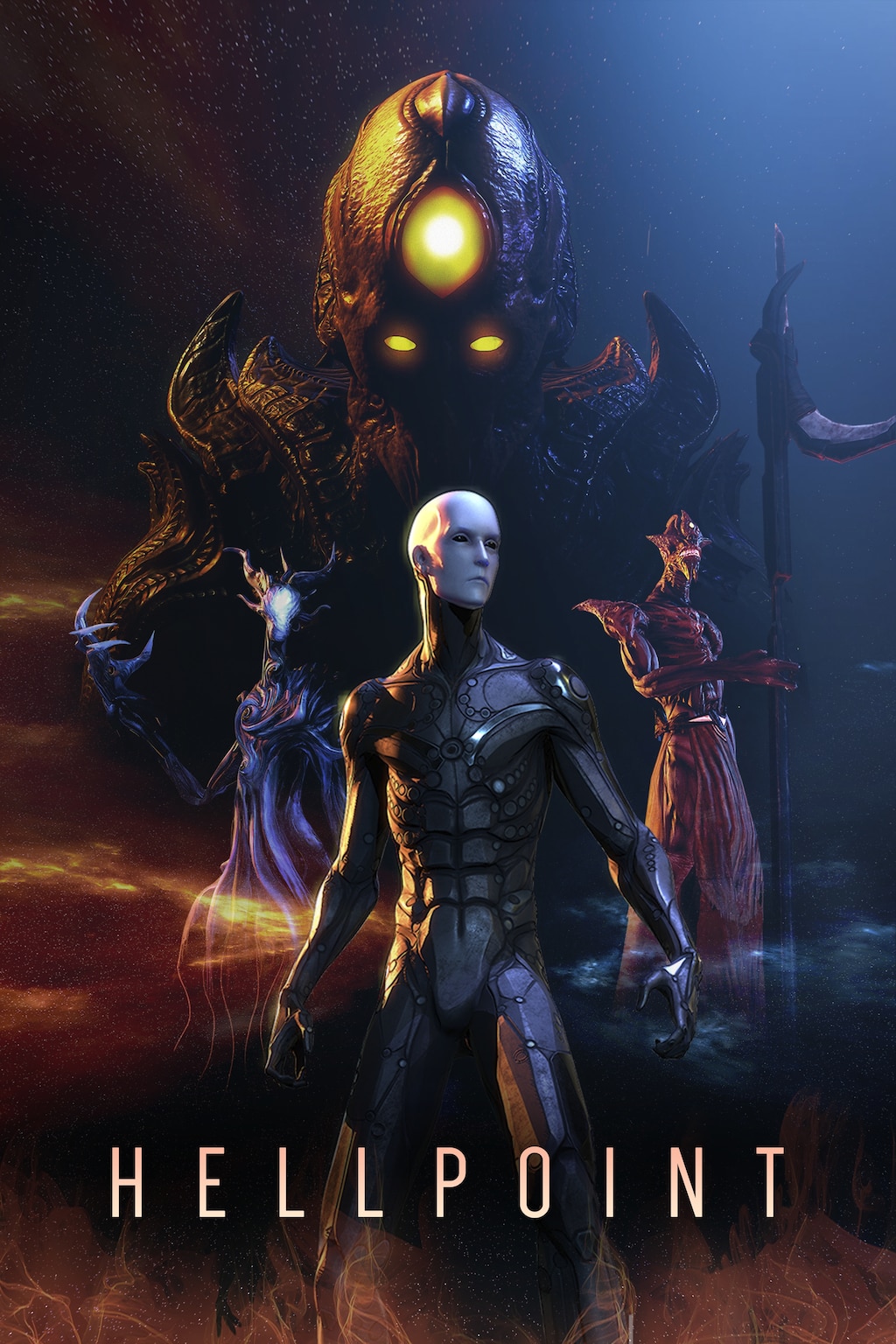 For Your Thoughts - All 66 Coins Guide
This guide will be showing you where every coin is. Including Screenshots and a brief sentence on where the coin is in relation to the Screenshot. This guide will be for those that don't want to exploit a glitch to get all 66 coins. WARNING: Do ...
40 ratings 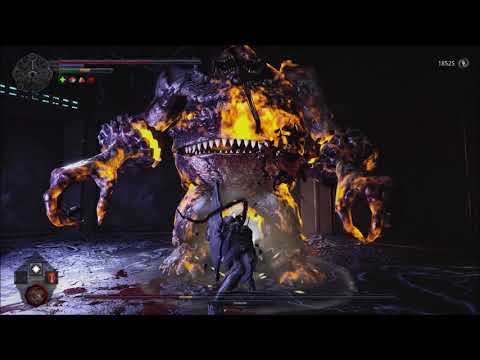 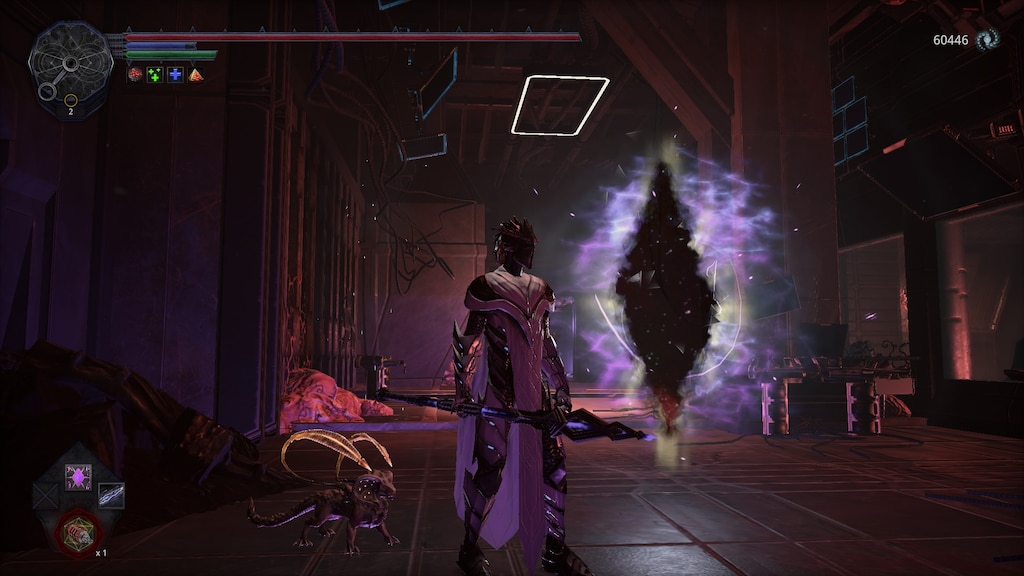 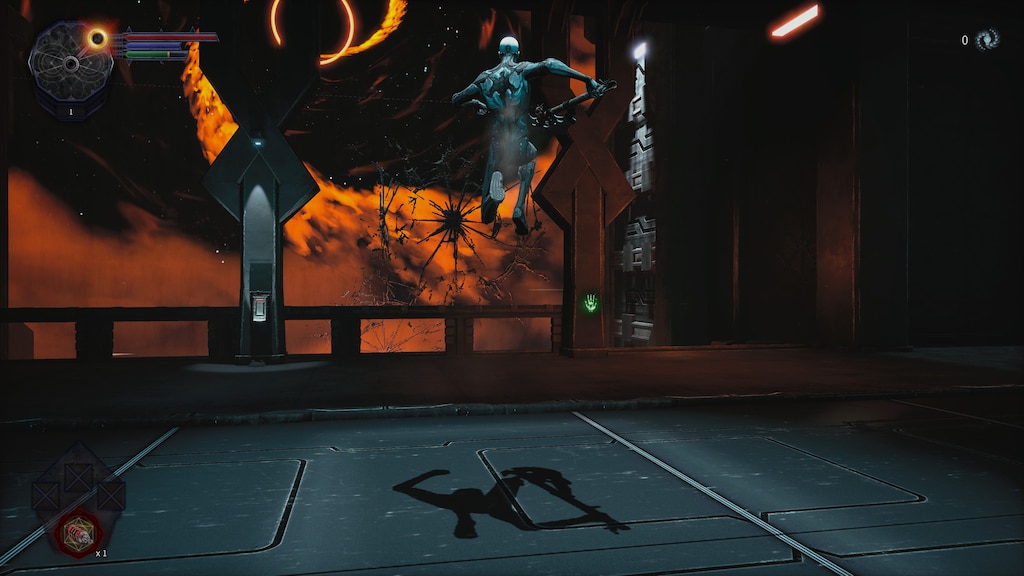 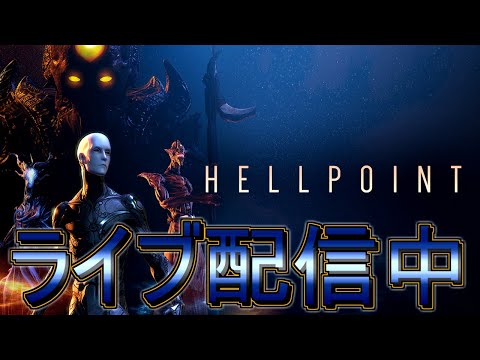 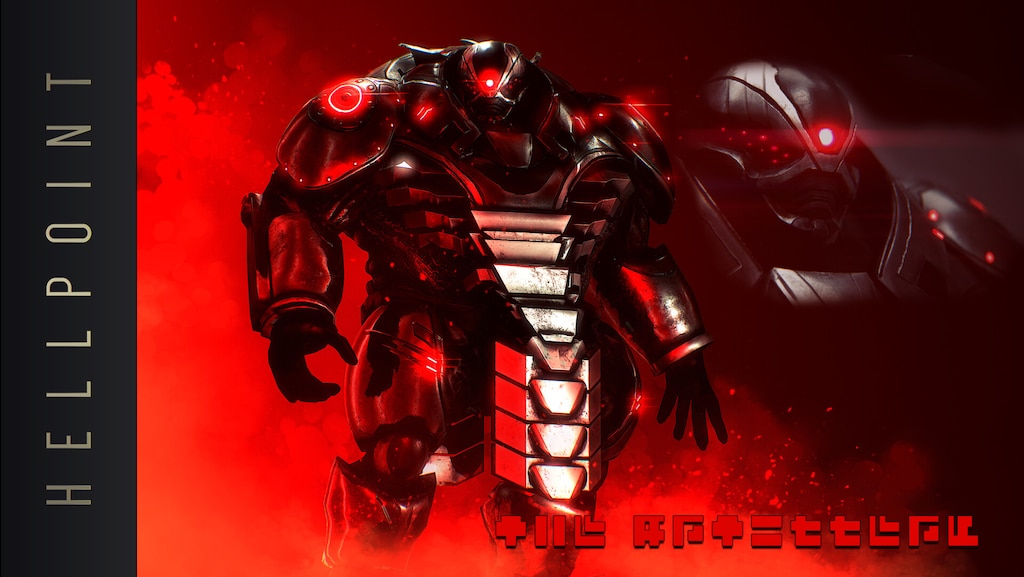 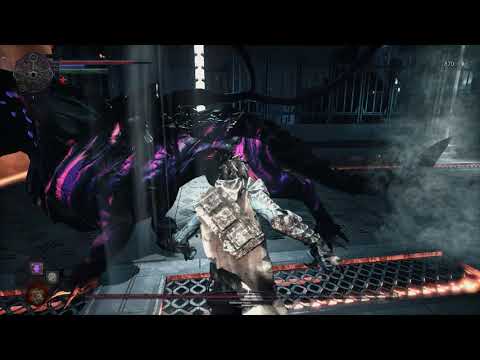 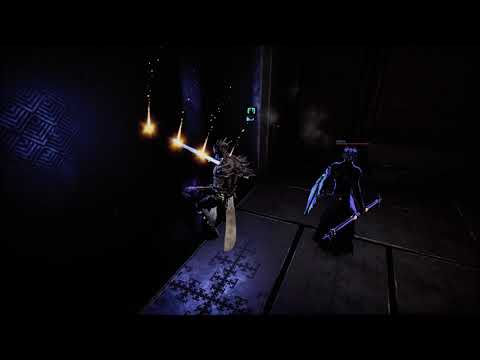 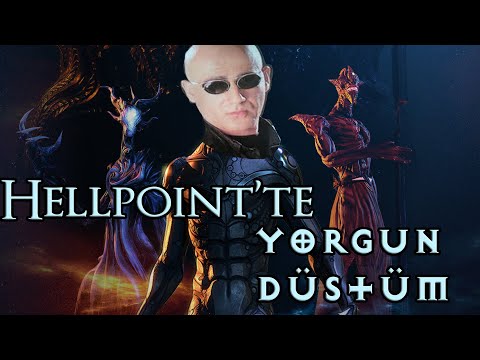 Not Recommended
28.1 hrs on record
Decent combat and customization, some nice enemy/boss designs. There is potential here and if the devs make another 'Souls' game I look forward to it.

I'm enjoying this more than Code Vein and possibly more than The Surge, but...it really irks me when developers are clearly inspired by another game (Dark Souls) and then choose to make some mechanics worse for no good reason...

- The checkpoints simultaneously heal your current health but don't recharge your healing charges even though dying recharges them...there are several checkpoints near a high drop and this means that if you have less than 2 (the amount you always respawn with for some asinine reason), the best strategy is to literally kill yourself near the checkpoint. Absolutely stupid design.

- Enemies respawn every few minutes regardless of loading screens, including spawning right in front of you without any particular animation.

- You have to use consumable items to make a checkpoint warp-able, which is a big problem because the augments you can add to a weapon are very powerful and if you want to swap them out you need a specific machine which is only near a few checkpoints. Entering a new area and finding a new weapon you want to try is a miserable experience for this reason.

- To my knowledge there is still no way to respec, and one of the devs literally said it's because there isn't a level cap...so what? If anything respecs should be free at a certain point in the game (same goes for FromSoft's games).

- While the mechanic that you gain perks as you use a weapon more is genuinely interesting, in a game where you can't respec it sucks that you don't know what those perks are as you work towards them. One weapon I had basically doubled in damage, while another just had a myriad of things that I wasn't particularly interested in so I felt that I wasted my time.

- Weapons don't have a two-handed mode.Particularly evident in the early-game when you only have bad shields and aren't ready to use firearms. These also add more weight, of course. The point is there is a reason the Souls games allow people to two-hand weapons. These games thrive when the player is given more options, and not providing two-handing for more damage or a different move set is an odd choice.

- Some early-game bosses feel particularly brutal and this game is fairly linear so you're expected to get really good at the boss or grind. I'm experienced with Souls games but I pity someone less familiar.

- The death screen looks a bit generic and when you die your character rag-dolls super hard, taking away any kind of immersion at that moment.

- Some mediocre art-direction of the environments. Although this was apparently Kickstarted for ~$50K USD so what is here is pretty decent all things considered. Just...not impressive for the most part.
-----------------------------
Edit: Finished the game with one of the 'true' endings.

The ability to fix the [spoilers] equipment that allows you to [spoilers] was brilliant, even though there didn't seem like too much opportunity to use it.

You can't sort your inventory as far as I know (and it doesn't sort itself), so it becomes a jumbled mess.

While I understand that the 'black hole doors' are supposed to be special, forcing the player to wait for 30+ minutes (?) is a bad choice. Just allow me to change the time like Majora's Mask does.

Aside from the final boss, the basic weapon that the weakest enemies use ('Victim Poker') unironically carried me through the whole game...which is odd. I regularly checked for better melee weapons and never found one despite upgrading each of them. They didn't do enough damage to justify their slow attacks.

The healing system feels like a worse version of Bloodborne's (which already had a grinding problem), and the secret boss highlights how horrible it really is in Hellpoint...for what appears to be the most difficult boss in the game, why in the world would you respawn me IN THE BOSS ARENA when every time you die you only come back with 2 healing charges? Either brutal difficulty or stupid oversight.

I just feel that there are fundamental issues that can't be excused because of a limited budget. That was not the problem. 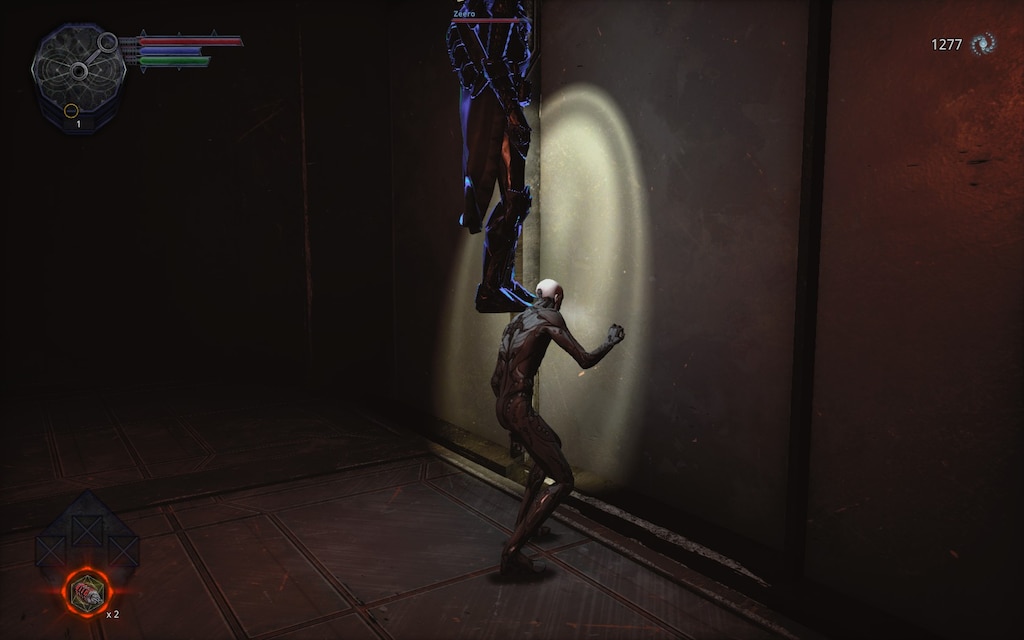 Robotsg
Jun 30 @ 9:25am
General Discussions
Arcology underside
Who create Arcology underside? Why the hell is it fun to die from time to time in crooked jumps and buggy controls ??? Who thought putting Prince Percy into dark souls was a good idea??? Too bad I can't backtrack anymore. NEWER buy IT ♥♥♥♥. Author is ♥♥♥♥♥♥♥ idiot, hope you burn in hell....
6 Greetings, Hellspawns!
The dawn is breaking.

THE BLUE SUN DLC IS COMING ON JULY 12TH Hellpoint will also be released on the next generation consoles on July 12th. The PlayStation 5 and Xbox Series versions will feature improved resolution, 60 FPS, faster loading times and more.

Hellpoint
373
98
Static part of animated background is heavily compressed
I was going to buy the animated background https://store.steampowered.com/points/shop/c/backgrounds/cluster/0/reward/103337 But then I noticed this https://pasteboard.co/B1BCWjPtzMxX.png Happens for both mp4 and webm format, is it possible to fix that @dev?...
4

Frachka (testing profile)
Jun 29 @ 12:45pm
General Discussions
No one has rated this review as helpful yet

Recommended
61.4 hrs on record
One of my favorite (slightly janky) Souls Likes.