House Party is an open-ended social simulator mixed with a point-and-click adventure inspired by classic comedies of the 90’s. Every decision changes your story and every character has something to reveal. There’s also a button to take your pants off.
$24.99
Visit the Store Page
Early Access Game
Get instant access and start playing; get involved with this game as it develops. Learn more.
Most popular community and official content for the past week.  (?)
0.19.2 is Now Available for Testing on Steam!
Apr 12
We know you doods have been waiting for more Frank content to release, and it’s finally here! Thank you guys for your patience. We had a TON of content to add and bug fix, but you can enjoy it in all of its glory now!

What’s new? All of the Frank content that was blocked off in the previous update is explorable. We’ve packed seriously hilarious stuff into this Testing update, so get hyped, but don’t you dare sneak into the liquor cabinet and drink any of that forbidden devil elixir.

We also made it possible to have a wild dance-off against your best buddy. Get him to agree to show you some of his sweet dance moves, and then light up that dance floor! Enjoy the wildness that ensues afterward.

Additionally, we added a smoking hot lap dance scene featuring Stephanie. Be sure to check it out!

Oh, but there’s hotter news: We added some first steps toward a brand new intimacy scene system where we plan to add cutscenes for all the characters during intimate scenes. Available in this update will be Frank, Katherine, and a static master bedroom cutscene for intimacy with several other characters.

For anyone who may miss the old system, we threw in an option in the in-game menus that lets you toggle the classic POV scenes back on, so you have full control over which type of intimacy experience you'd prefer having.

We also added two super-secret items around the house that can help you win the affections of your favorite bald dude. Keep in mind that if you maximize your Friendship with Frank and keep building positive feelings, you’ll now be rewarded with a Romance boost!

Frank and Leah’s booze consumption spidey senses have also been turned down. You’ll still have to stay out of their patrol zones, but you’ll be able to safely drink a bit closer to them. Also, if you complete Frank's storyline and become platonic BFFs with him, both he and Leah will be more forgiving of your booze-related actions as long as you maintain that friendship with Frank.

As a separate path opportunity in Frank's storyline, you may humiliate and drive him out of the party completely, in which ALL alcohol-related actions will be completely forgiven throughout the rest of the playthrough.

Another addition to this update is the ability to increase the in-game FOV to 75. You dudes have been asking for this for a while now, so thanks for your patience! To adjust this, go to Graphics Options, change the value to 75, and hit Apply. Keep in mind, there is a known issue with this where the FOV will reset to 60 any time the game restarts or the Graphics menu is reopened. This will be fixed in the next update.

If you're hanging out in the hot tub, you may additionally notice that we've updated the sound effects in there. We also updated the graphics for the hot tub. It now looks AND sounds bubbly.

During Leah’s storyline, you’ll notice a change, too. If you choose not to beat up Frank during Leah’s evil route, there is now at least one meaningful reward for sparing the life of your favorite alcohol-patrolling skinhead.

We also fixed a problem that many of you were having with censorship of the game. Prior to this update, the Explicit Content DLC was not working for ANY Testing branch users, but now that issue should be fully remedied! Finally, we’ve also added in a new system that lets you know which Opportunities are available to you during each playthrough versus which Opportunities you’ve messed up and can no longer access.

You can check out all the changes in the full patch notes. Whew! So, are you ready to try out the new content? Right-click House Party in your Steam Library, navigate to the “Betas” tab, use the drop-down menu to select the "Testing" option, and hit "Close!" You're all set! Be sure to report any bugs, playtest the crap out of the new content, and tell us everything you think about Frank’s massive meat clackers- uh, we mean about this Testing update. Enjoy the content, doods!

Note: Older save files may no longer be compatible. Voice acting and translations may be fully or partially incomplete. Custom stories may no longer function as intended.

Background chatter may also have a few bugs, which may significantly affect some of the Game Grumps content. Some cutscenes may prematurely end by a few seconds. There are also known bugs causing music to restart every time the game is paused and cutscene music volume to not be affected by the in-game music volume slider. There is also a known issue with the Player’s skin being “shiny.”

The release notes can be found here: https://housepartygame.com/release-notes/ 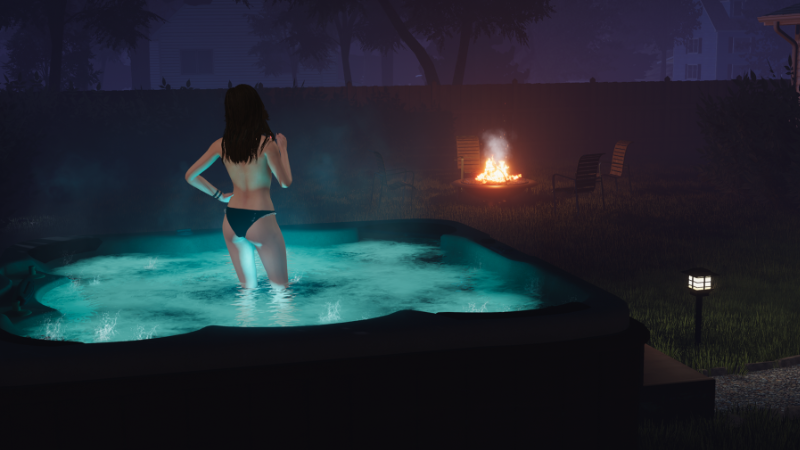 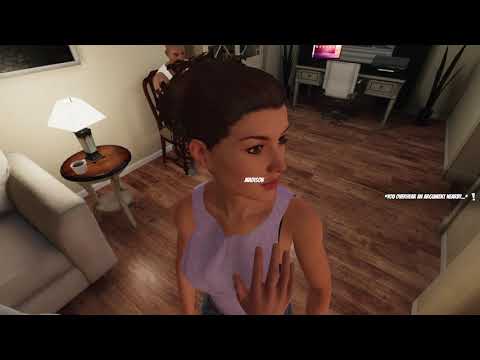 Stephanie's Story Walkthrough Patch 10.X.X
Stephanie Guide for Patch 10.X.X Updated for Patch 10.3! So this is a bit preemptive, but 10.2 or later should be coming to Steam Early Access fairly soon and it seems like other players with Beta Access have been getting stumped at different points ...
70 ratings 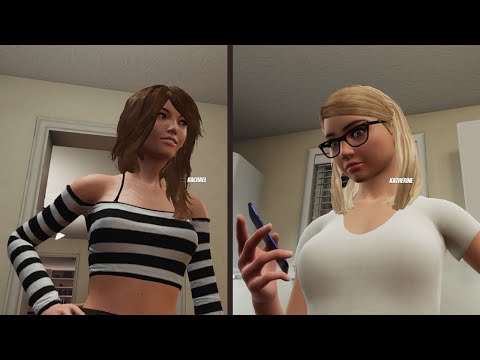 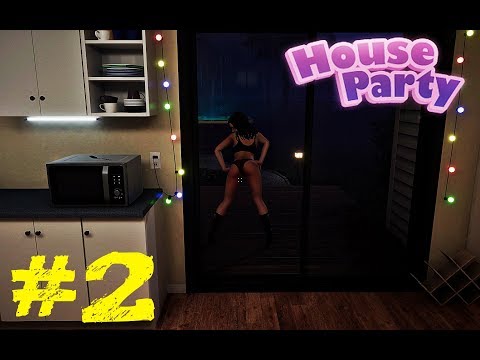 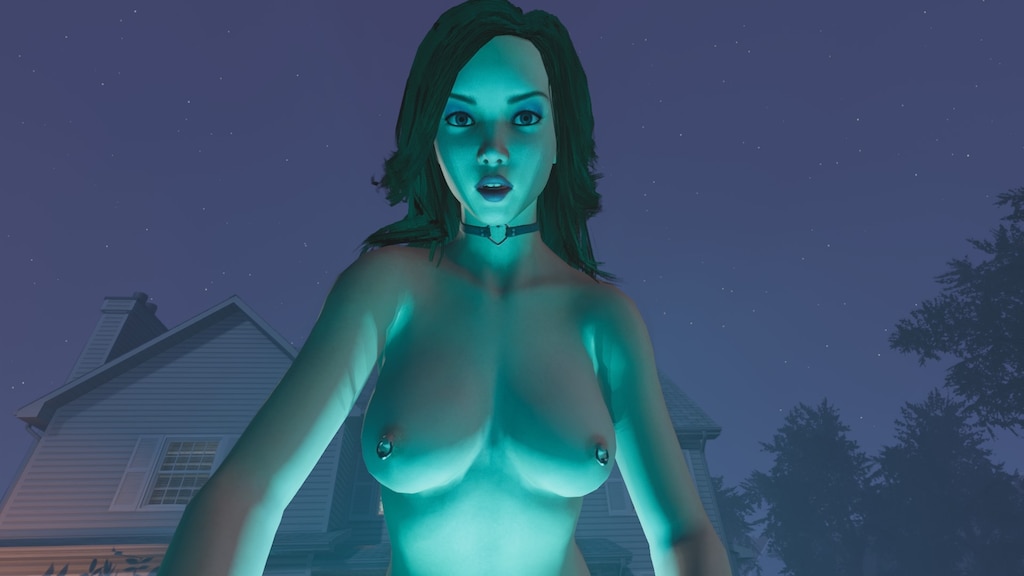 Recommended
2.6 hrs on record
Early Access Review
it was delightful getting head from frank . 10/10 would get blown again 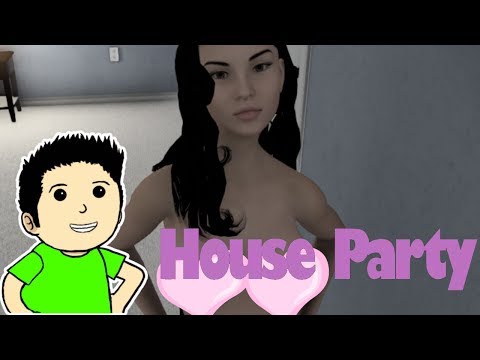 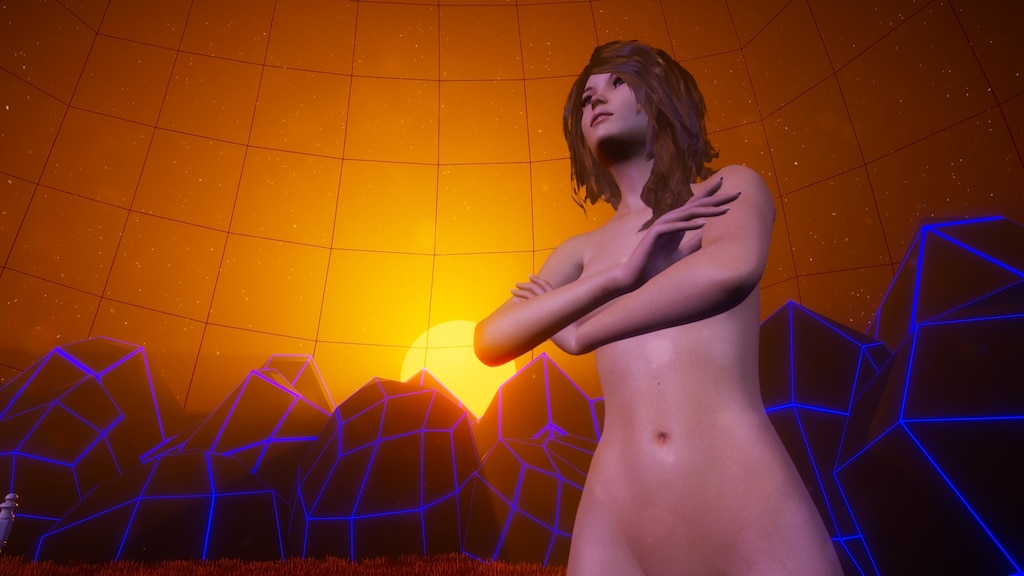 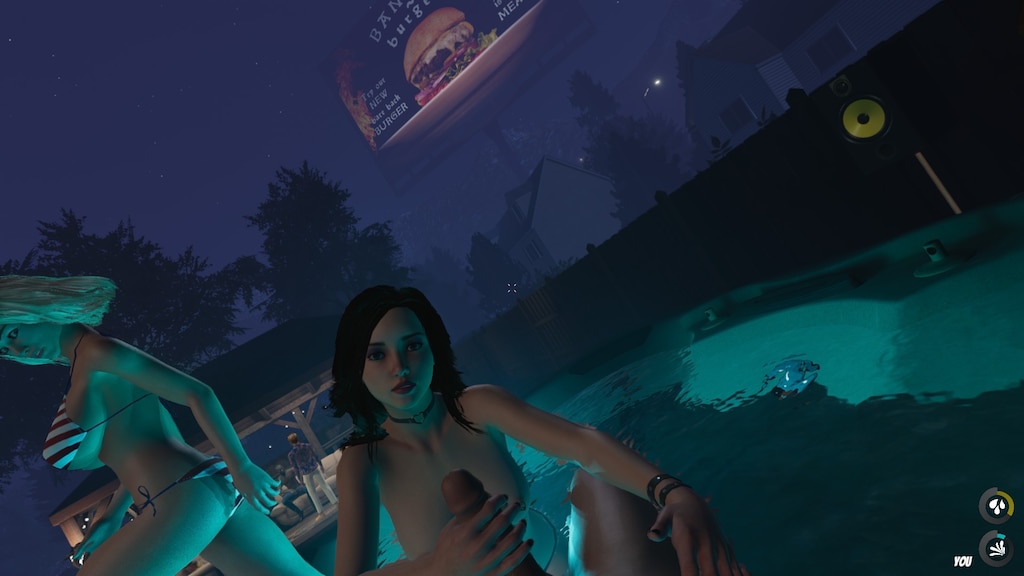 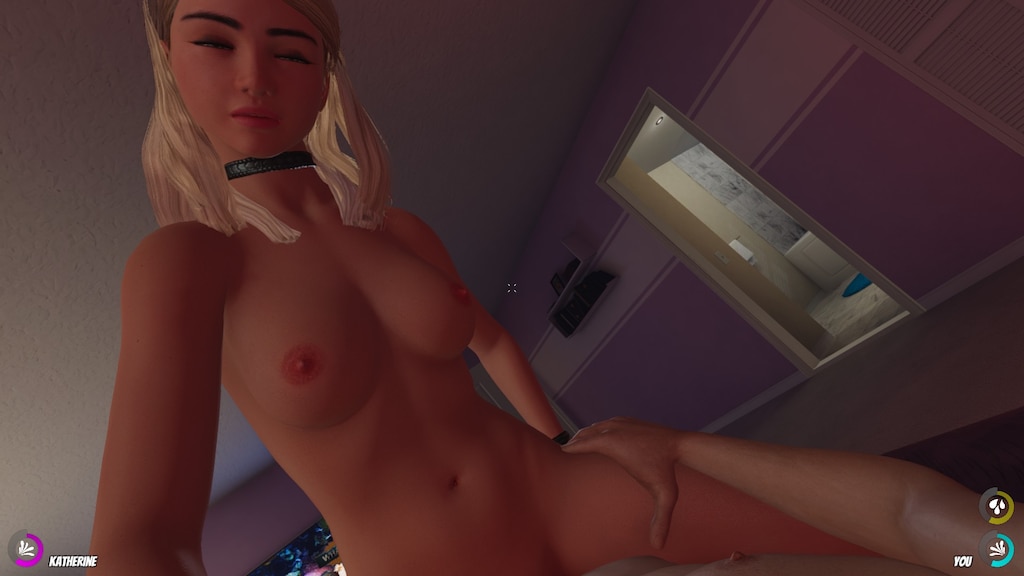 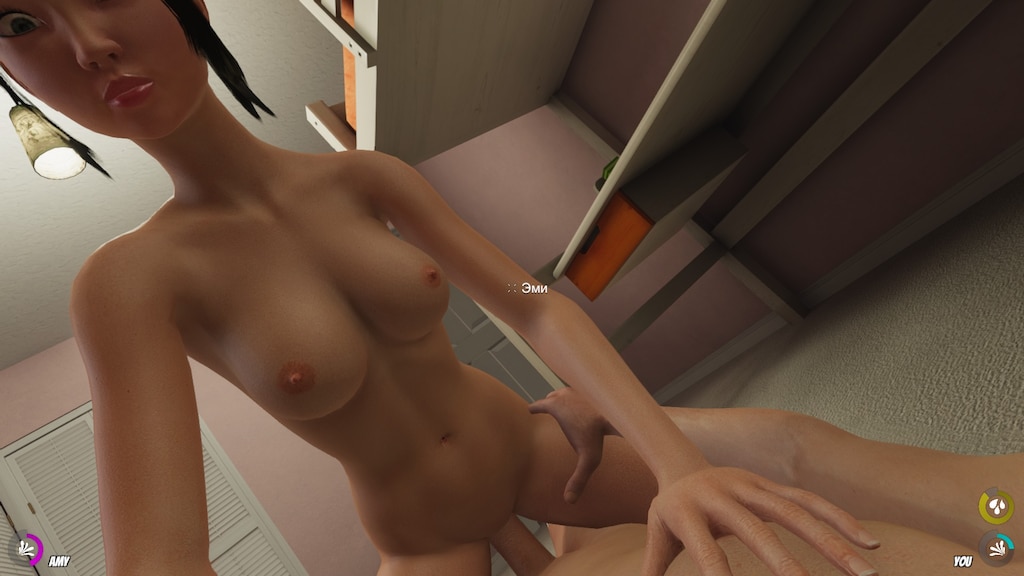 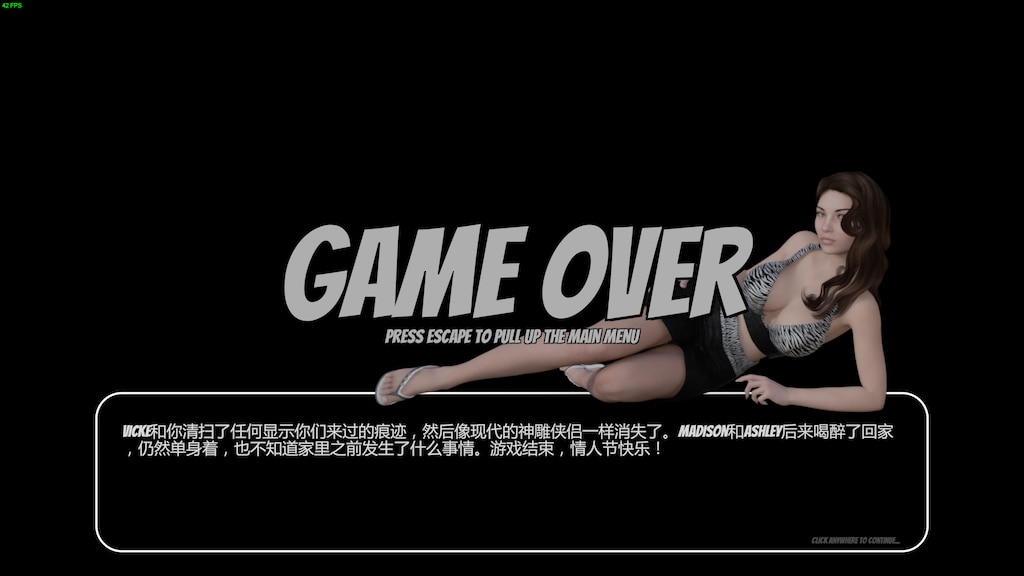 TÜV Rheinland
View all guides
Red Hot Air Balloon Stuck in House
Anyone else get a giant red hot air balloon clipping through the house after summoning the game grumps? Looks like it is present in every save after starting the quest chain after a certain amount of time passes.
7

Orbital Fun
May 8 @ 5:56am
General Discussion
Waiting
Me waiting for Office Party

Teanna Trump
Apr 14 @ 3:56am
General Discussion
Is it possible to take alcohol from the cabinet without getting caught in the process?
I'm trying to time it so that either A) people are walking out of the house and Leah is in the backyard trying to make her way into the house to take Frank's place guarding it so that they block her way and then I'll loop around the hallway back around to the cabinet but Frank is on me like flys on stink and I get caught every time. or B) Have Leah upstairs blocked by others in the back bedroom, go down and tell Frank someone has alcohol, rush it back up and keep closing the door so that Leah can't exit ...
12

Anutha_1
Apr 22 @ 8:37am
General Discussion
My brother can't activate the game on Steam.
I bought the game when it was still avaiable, the game got removed from the German store, my brother bought a key because of that but he can't activate it either. We are both 19 years old what the ♥♥♥♥.
6

Sea Kyle
May 10 @ 5:05am
General Discussion
Be a part of House Party History!
Apr 5
Calling all dudes and dudettes!

If you speak the many languages of brah, we need your help to proofread and translate House Party!

We’ve already reached 100% localization in French, for which we’d like to thank Crazy Ghost and the other combrahdres who helped us reach this milestone, but we still need your support.

So join Awokado, Kiedrox, Conrado, and others who are working to help us make game brahstory!

As many more languages are needed, we’re looking for brahs and babes that can translate or proofread the game’s text into the following languages:


To be part of this epic project, you can register here[crowdin.com] and select the language you want to proofread or translate!

Our awesome Top Translators will get epic House Party rewards including merch, game keys, and more!

So be a part of the House Party localization history and accept the party invitation of a lifetime by registering here[crowdin.com].

Join our Discord localization channel here[discord.gg] and follow our updates on Facebook[www.facebook.com], Instagram[www.instagram.com], and Twitter for all the after-party action.